In the third article in the series, we unveil the design decisions behind the bomber boss in X-Morph: Defense and why we decided to completely get rid of it, even though it was almost finished.
Piotr Bomak
Blogger
June 15, 2018

One of the scenes from the boss’ intro prototype.

As you explore the newest expansion region, you start noticing the slight trembling of everything on the planet’s surface. Ripples on water start emerging. The tremors grow stronger, as cracks start appearing on the nearby windows. Your auditory sensors start picking up a low, steady hum. Hum grows louder and louder as everything starts shaking. Finally, something emerges on the horizon. Something so massive it blocks the last rays of the setting sun. A gigantic bomber, humanity’s ultimate airborne weapon. They mean business this time.

The camera work foreshadows the events that will unfold before the player.

That’s the kind of narrative we wanted to build with the boss fight that’s the topic of today’s article. Welcome back to ‘11 boss fights of X-Morph: Defense’, a series where we share our thoughts and insights about the design of bosses and the problems we encountered while trying to implement those ideas. You can find the previous parts here and here.

The boss would start the fight by collapsing a few bridges and re-arranging the scene.

As you know already, at its core concept X-Morph: Defense was supposed to have a boss fight at the end of each level, thematically connected to the rest of the map. The map in Britain is the first one where we throw airborne units at the player in a significant amount. New types of flying enemies are introduced, including the ones attacking the core directly. It shows the player that flyers serve not only the supporting role but are a real danger. That is why we decided we wanted a massive bomber to be the boss in this scenario. A true flying fortress - resilient, with lots of firepower and quite intimidating. With multiple weapon systems, allowing it to attack both the player’s ship or the base directly, it was sure to be a handful.

The first time the players are able to see the boss in its entirety.

As far as the visual side goes the creation of this boss was quite straightforward. It was a massive, multi-engine aircraft with clearly distinguishable weapon system located either on or under its wings. In order to intimidate the opponents, the general shape and silhouette of the plane is quite aggressive, with lots of sharp angles and resembling a bird of prey diving straight for the kill. Not entirely in line with aerodynamics, but that was not our main concern here. 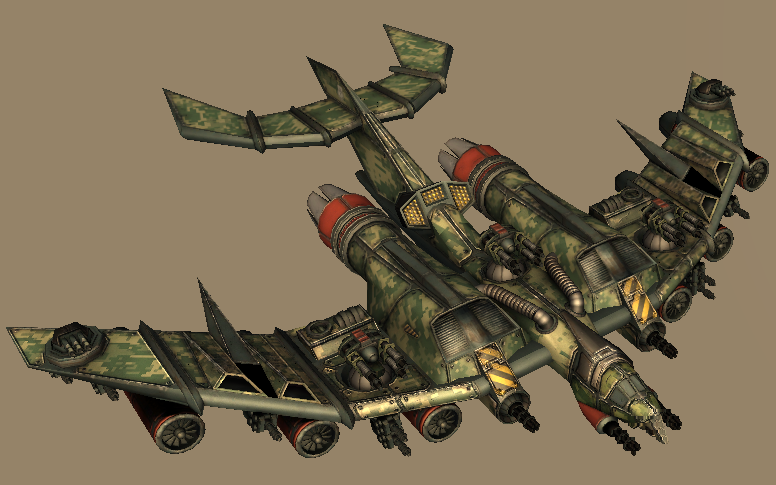 The boss’ wings are equipped with various weapons and multiple engines. It was clearly built for fighting it head-on and required re-design.

Designing the fight itself was the trickiest part. Although the flying colossus was supposed to be powerful, all the attacks had to be entirely preventable by the player, not to make the fight unfair. Thus, we decided the boss will follow a set of predetermined paths and launch one of its attacks while it's at its farthest from the base, preceded by a subtle dialog cue. While not straightforward at first, we wanted the players to learn the attack patterns and start connecting the dots - getting better at predicting what to do next to prevent core damage effectively. 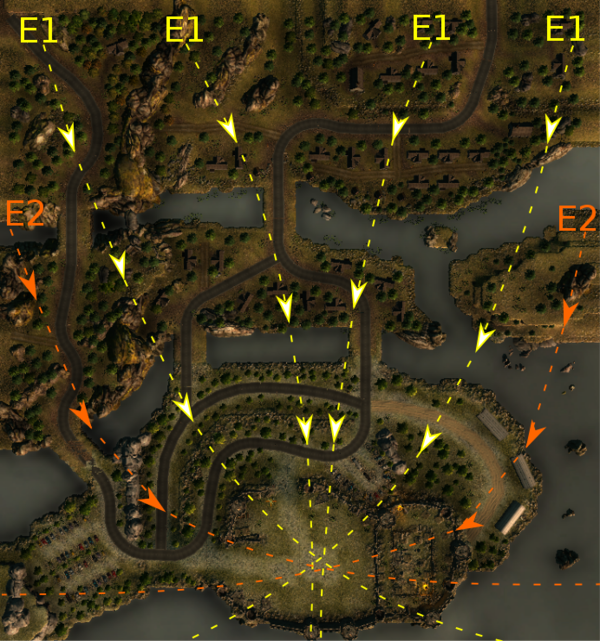 Early boss fight design for the Britain level. The paths of boss’ attacks are marked in yellow and orange.

The attacks could be aimed at the core, at the anti-air defenses or the player. Each of those would use a different type of missile. Every weapon system could be disabled by destroying the corresponding part on the aircraft. If slowly crippling your opponents is not your thing you could also go for destroying the pilot’s cabin directly or hinder the bomber’s ability to stay in the air by blowing up the wings and fuel tanks. All of these were equally viable strategies. Also, we made sure that nobody exploited the fact there are no weapons in the back, as the boss could drop airborne mines behind it. 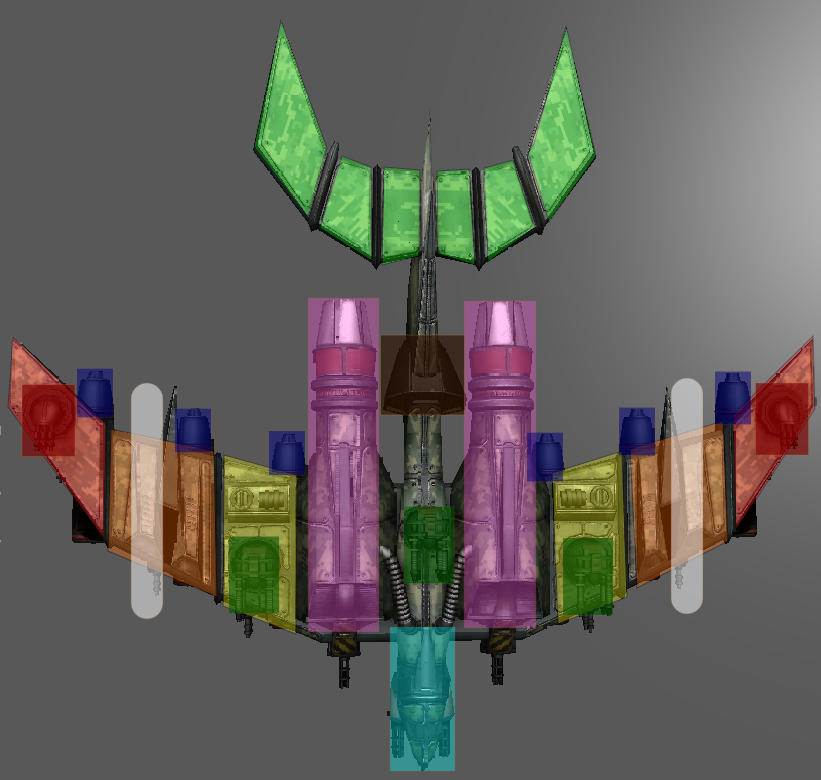 Every system the plane is equipped with has its own hitbox. The player may destroy them in any order, which will result in a slightly different fight every time.

One last thing - the boss also had a near-death mechanic - a nuclear bomb. Triggering at very low health, the plane would rush the alien base head-on, and if it managed to drop the nuke it was an instant kill. It was meant to create a sense of urgency, but wasn’t deliberately difficult - just enough to boost your adrenaline levels.

The player was initially supposed to fight the bomber head-on, but we made the weapon systems able to target objects behind the plane.

We have said it before and will say it again - the visuals are the easiest part of designing a boss. We had the model ready in no time, and throwing it into the game was no problem at all. We have lost a bit on the ‘epicness’ of the fight due to scale and size constraints. There were no problems regarding scripting the enemy behavior, though, and we managed to achieve all the goals we set for this fight. 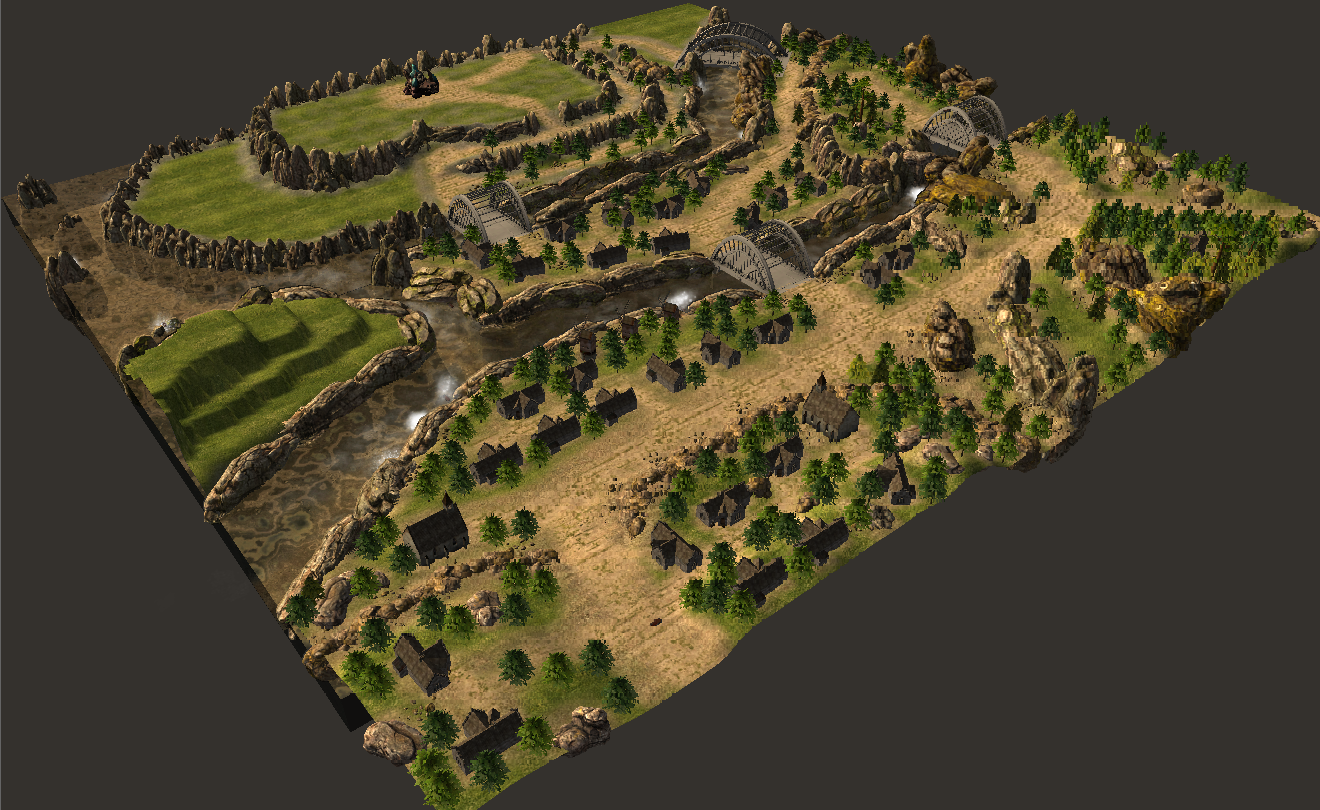 Very early concept of the map. You can notice a lot of differences from the final version in game today.

Upon extensive testing we reached a different conclusion - the boss was a bit too much for this part of the game. Fighting this beast did not warrant the massive barrage of missiles fired upon the player. Although we liked the mechanics, they did not fare well in the tower defense style of gameplay. All the design objectives were set when the game was a pure top-down shooter. That was the real natural habitat for this boss. Meaningfully incorporating the tower building and strategy aspect of our redesigned game was not really possible. 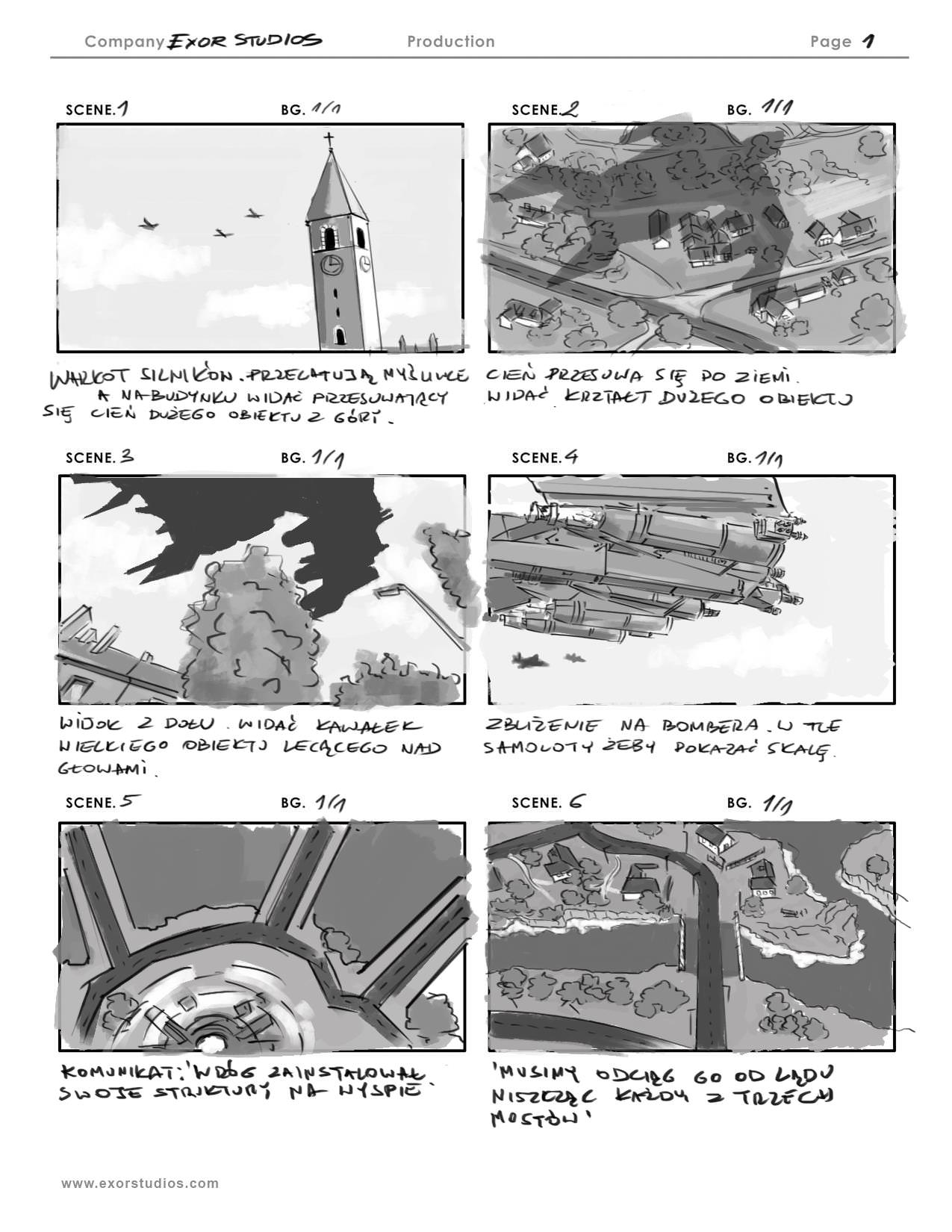 One of the pages of the intro storyboard. We used these as a reference while preparing the cutscenes.

Since X-Morph: Defense is supposed to cater to the fans of both genres, including such a boss fight in the game would mean that some of the players would be thoroughly disappointed, as the highly tactical level suddenly turns out to be classic bullet hell. Rather than trying to rework it from the ground up we scrapped the boss from the game completely, reusing some of our ideas elsewhere.

All of this was also happening at the time when we were quite fresh with working on boss design. Nowadays, we tend to pair the designer with the programmer, which optimizes the workflow and ensures that we do not design something we actually can’t pull off. Moreover, it was the first time working with lua scripts for some people in the studio. Although we got the boss working it didn’t feel right. The boss fight was boring, exploitable and just not rewarding enough.

The fight was difficult and not satisfying. We backed off at the right moment, and this GIF sums it up perfectly.

The flying fortress boss was another idea that had to be scrapped completely because what looked great on paper did not translate well into gameplay itself. Not all of the work went to the bin, and we learned a lot, but this was a hard lesson in modesty. We wanted this fight to be epic and exciting, while it turned out to be not so epic and repetitive. Sometimes it’s better to admit to the mistake and delete it rather than to face the players’ disappointment.

Join us next time, as we unveil the intricacies behind the design and implementation of the boss from the Germany level in X-Morph: Defense - the highway tank, JAGUAR. Until then, follow us on our social media channels for updates and fresh content.