Even after some eye-catching titles that came out on VR, the technology itself still remains quite vague in terms of the gaming experience. It’s still under debate which methods work and which don’t. At the end of September, ZeptoLab released its first-ever VR game called “Where’s Om Nom?”. It’s a hidden object game where players need to find and tame Om Nom, the titular character of the world-famous Cut the Rope series, by throwing him candies. Today we want to share our experience of adapting the classic genre to the new 3D environment. To reconstruct the proven experience of the hidden object genre in a new 360° environment, we first needed to answer the following questions: why do people like these mechanics? What makes it fun? What atomic challenges lead to flow state of mind? It becomes clear when we try to look at it from the perspective of the ancestral non-gaming human activity - gathering. Within, there are two possible conditions - when you know exactly where the item is (direct task),  and when you’re not sure if it’s in the site of search (random reward). The former holds a lower risk of frustration throughout the search and therefore was taken as a core.

The transition from 2D to 3D extra-dimensional core gameplay required distinct modifications as some of the traditional HOG mechanics old ones of 2D no longer worked as expected. For example, traditional contour challenge that’s typical for this genre (look at the object’s shape and try to find it in the location) loses its playability in 3D as objects may appear in any angle, and so possess an unlimited number of shapes depending on their perspective. And contour’s lack of volume destroys the last chance to conceptualize the task.

The fundamentals of the task-to-action chain of the HOG mechanics lies in recognition of a mental pattern that exists in the real world. Relying on that principle, we could safely alter either the pattern (the task) or the object’s visibility. As a result, we’ve added several conditions of weather (rain and fog) and lighting, as well as X-ray mode, in which the player can only see monochrome objects through a special screen. The latter shifted familiar contour mode from the task to the location and thus resolved its controversy. Unlike pattern modifications, varying the game world itself not only gave us the gameplay twists, but also stretched the content. 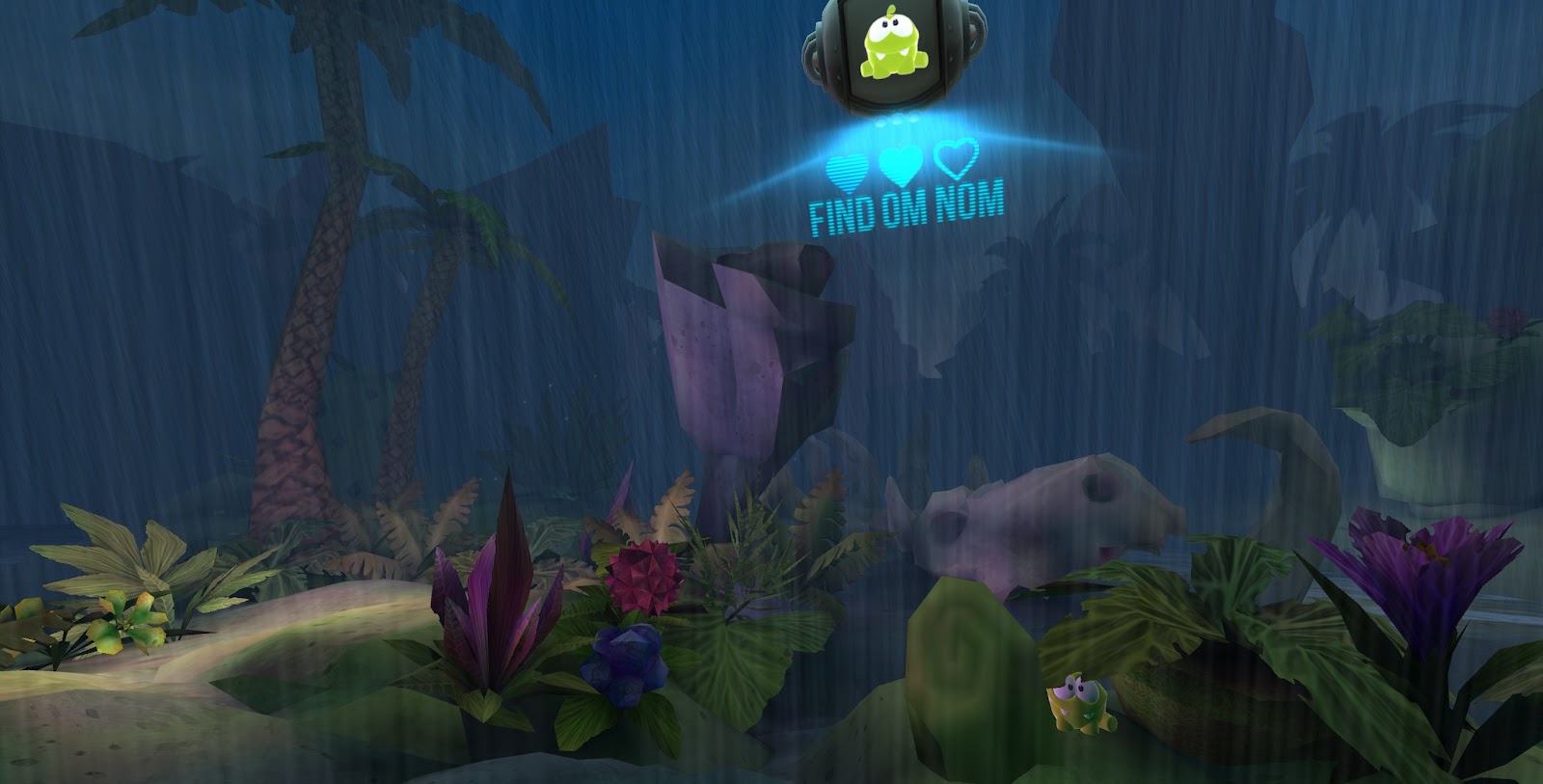 In the environment unusual to HOG, it was also essential to work out a distinctive attitude to level design. The main limitation there was the fixed viewpoint which the whole location should conform to. Within that viewpoint, we needed to give the player maximum space while keeping it dense enough for interesting search. Any element put on the player’s view hid much more space behind than its size due to perspective. The solution was to organize the location in the manner of amphitheater: the bigger the element, the farther it is from the viewpoint. One more way to create the spacious but textured topology is the special layer modifiers that don’t cover the view behind but give it a slight change. Examples of such modifiers are ladders or transparent holographic panels.

Another crucial part of HOG - the objects system - always was always really promising as 3D target objects possess more potential in random arrangement. When spawned, an object may look differently depending on the perspective. At the same time, the task (image) doesn’t change, which creates an additional pattern recognition micro-challenge. For each object, certain axes were allowed for rotation at spawn. 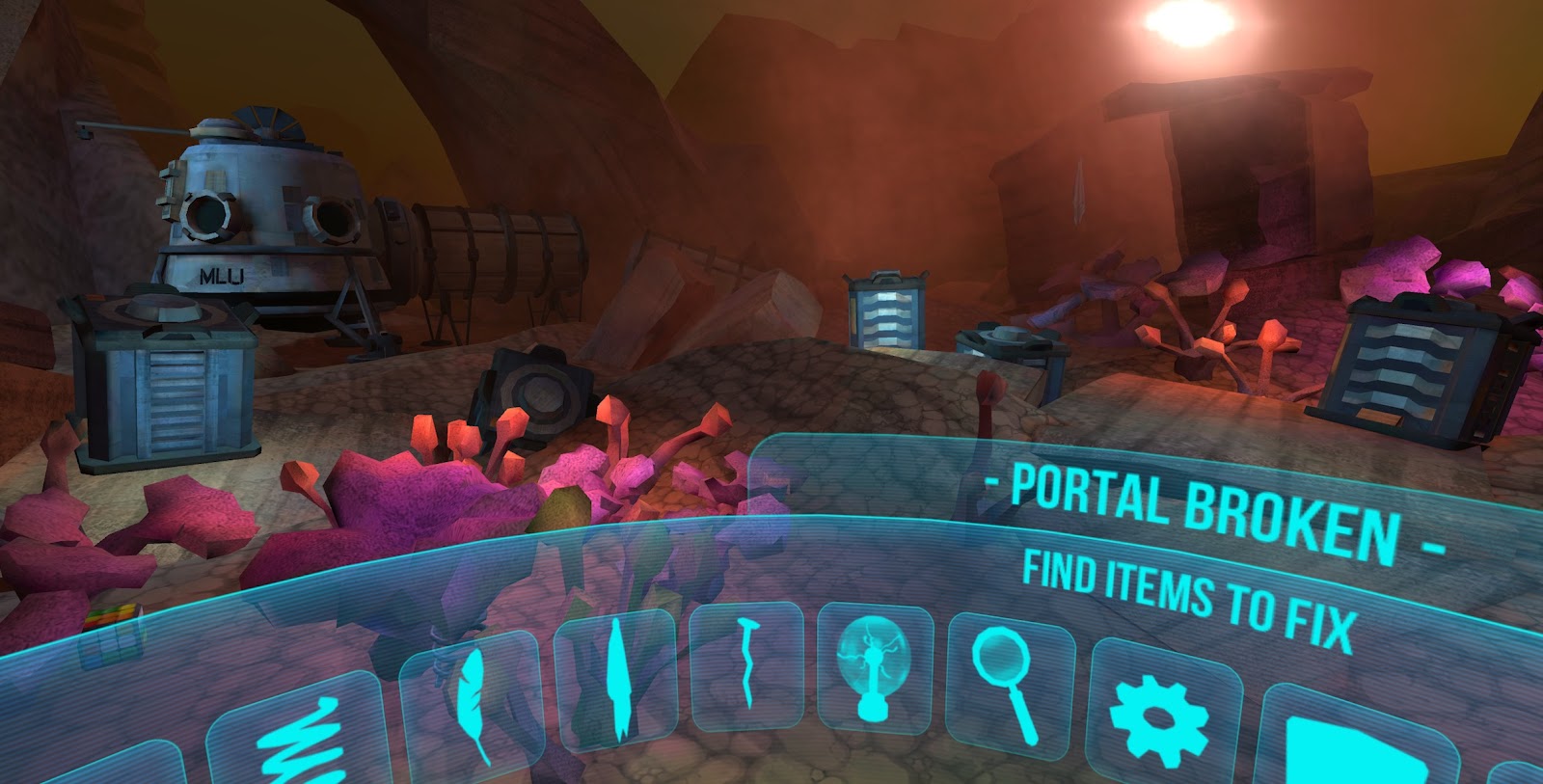 3D environment allows for more freedom in the way objects could be placed on the map. It was really tempting to add some physics and allow an unlimited randomization at spawn. But this content is too important to manage without any regulations. There must be some control in objects’ combinability that could auto-balance difficulty level and smoothly mix objects in general. What’s more, such regulated system would facilitate testing a lot. To achieve this, we’ve divided all the objects into groups of 5. In each group, there are objects varied in size and other visual aspects, but they also sharing the same theme (e. g. toys, mechanisms, etc.). Then it was not single objects but the groups assigned to each level to form a certain pull. An additional restriction was to close some spawn points for certain objects. For example, the smallest objects couldn't spawn too far from the viewpoint. As a result, we could control the theme of objects appearing on a level; the whole pull was always self-balanced in visual variety; the number of random combinations was reduced, which cut lots of bug risks.

After implementing all the core specifications, we’ve run playtests that showed the genre as a highly VR-friendly. Moreover, we found out that it’s not only comfortable to play, but has got its own advantages over 2D HOGs that are related to the unlimited view. Not all of our insights could be put into one game, but they teased the mechanics’ extensibility for VR and 3D in general, and made us realize that, the boundaries of hidden object genre lie far beyond its traditional 2D representation.