“Line the Pipes!” or Testing Your Mechanics for Flow

A short introduction to "flow" and its relationship to core mechanics plus my own trick of testing your own game for flow.
Phil Strahl
Blogger
October 08, 2015

Super Mario Bros 3 is an excellent game. But there’s this one thing that particularly annoys me: Every time you die, you have to wait for Mario fall of the screen, fade to the map and level fade-in. That’s just five seconds but on a hard level when you fail a lot this becomes a nuisance. I want to try again right now, not wait every time! With Mario Maker this is even worse and I spend more time waiting for my next attempt than actually playing. It makes the game feel clunky to me, not quite flowing.

Maybe that’s just me who’s having a peeve with Mario 3, and you’re welcome to disagree. Still, the element of flow is important for any game, not just platformers or action games. Even well designed turn-based strategy games can flow like hot butter down your kitchen plumbing. So let’s take a look at how flow and core mechanics are related and what they are.

When I am talking about flow here, I am referring to the psychological concept coined by Mihály Csíkszentmihályi (thanks, copy/paste function!). It is the state you’re in when you forget everything around you while you’re doing something. A good game can do this, a good book, listening to music, making music, gardening, dancing, pretty much anything you enjoy. You are experiencing flow when you are in the zone where time flies, where nothing else matters.

To me “to line the pipes” means to do my best when crafting and revising my core mechanics to make flow happen for my players. The core mechanics are the “pipes” in this metaphor. They shouldn’t introduce any friction to a player’s flow, or worse, clog it up entirely at some point. And believe me, I know a little something about pipes, I spent most of my childhood with a certain plumber crawling through them.

Well, that didn’t sound right. But you do get my point. 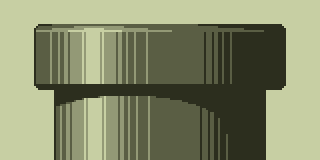 Flow is different than an urge or compulsion to keep playing. Here’s an example:

Diablo III is one of those games that I just can’t stop playing because I’m hoping for that epic item drop every time I spin the wheel in monster-roulette. I don’t enjoy the mechanics in and for themselves as much as I am that little rat in a Skinner box. I enjoy the possible outcome of my activity (“Yaaay, ‘Legendary Gauntlet of +0.01% Critical Damage’!”) much more than the activity leading up to it, which is also okay.

Flow, on the other hand, is the other way round, it’s enjoying the activity itself. Flow is the perfect run you’re having with Sonic or Mario through a difficult level because the controls feel so “tight”. Flow is being completely in sync with the game and nailing “Through The Fire and Flames” in Guitar Hero. Flow is self-sustaining fun.

Good core mechanics is what keeps players invested at the most granular level. You might have an evocative world to explore, an intricate story arc, or captivating art and sound design, and that’s all great! That’s what we will remember and cherish the game for when we think back months or years from now. What we don’t remember as much is what we actually did for a majority of our playtime.

And this minute-to-minute (even second-to-second) gameplay is the core of your game.

Let’s take Diablo 3 again as an example. The game is about getting stronger, finding better equipment to keep fighting off the hordes of evil and finally beat the Lord of Hell in Heaven. Wow. That’s quite epic! The core gameplay? Clicking on enemies while keeping the health globe filled. Fallout New Vegas? Running around, occasionally shooting stuff. Call of Duty? Shooting from behind cover and running where NPCs tell you to run. You get the idea.

If you are a game designer or just some weirdo like me, you like to examine what exactly it is, you enjoy so much in a game. If you don’t, you should give it a try. What’s the fun aspect in Diablo 3 in each second, what feels so good about playing it? To me, it’s the critical blow you do to enemies, the shattering attack that wipes out the hordes surrounding you; it’s felling that big enemy for big loot. Blizzard are true masters at this. Everything caters to making this fun: The subtle screen shake, the animations of enemies being thrown back, the sparkling effects accompanying every special attack, the utterly satisfying and unique sound of a dropped item. I could go on.

With finished games it’s pretty easy to tell what feels satisfying (“Pulverizing the enemy’s fleet!”) and what’s really annoying (“Navigating an abstruse menu structure for simple tasks!”). With your own game, the game you’re working on, it’s much harder.

You tried a lot of stuff, you threw out so much more, you iterated over what you felt was working. You’ve grown accustomed to it. So much as that it’s actually hard to tell whether it would be fun for anyone else. And because you spent so much time with a constantly changing “feel” of your game, you’re biased and your gut feeling may have become numb. That’s normal. Here’s my little trick to kick-start your gut – no actual gut-kicking necessary!

Here it comes, my secret method for this. You need two things.

The first is the game mechanics you want to evaluate. They need to be as solid as you can make them, no glitches, no bugs (I know!). Doesn’t even need to have some kind of progression built in. Just pure and undiluted essence. If your game is a side-scrolling brawler like River City Ransom, Castle Crashers, or Double Dragon, have the player’s basic moves and one enemy type implemented. If you defeat the enemies on screen, spawn some more — endlessly. The goal is to have nothing break up any possible flow.

The other thing you need is to get yourself annoyed. Really. If you are annoyed, you can’t keep up with bullshit, even (or especially) of your own making. Have an exhausting day, skip a meal, watch some FOX News, whatever does the trick for you. And when you’re all fired up and even unwilling to play, you’re in the best condition to test flow in your game for half an hour or so. Not for finding bugs, just for what there is now.

And there you have it. Everything that’s hindering your flow will get your blood to a boil: Every animation phase that takes too long, every dodgy collision detection, every unnecessary round-trip through the UI, every clunky button-mapping—anything you would have dismissed otherwise will stick out like a sore thumb you just wanna tear off, goddamnit! 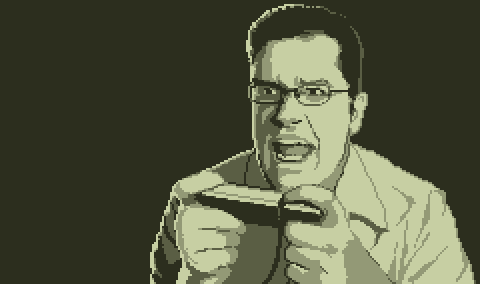 What were you thinking?!

Take a note of it. Also if you encounter a bug. Just jot everything down you notice and keep soldiering on until you can’t bear it anymore. Ragequit!

Then leave it for a day or so and cheer yourself up. Because you have earned it.