The first reason that led me to design games with alternative interfaces was a will to tap the full potential of my medium. I wanted to embrace the wholeness of this discipline. Control and render devices are often the leftover aspect of video games. But as time goes by, I look at installation-game as a medium in itself: an art form with its own specificities, its own language, its own grammar. So what is it? What makes installation-games so unique?

As we saw in the previous article, this game form can provide unique experiences. These experiences are characterized by a greater sense of presence and awareness of one’s surrounding environment. This increased sensitivity allows to touch the players deeply and profoundly change their state of mind. It’s all about creating a special moment. But any art form is about creating a moment. So how do installation-games allow designers to master time and space in a unique way? Let’s start with space. 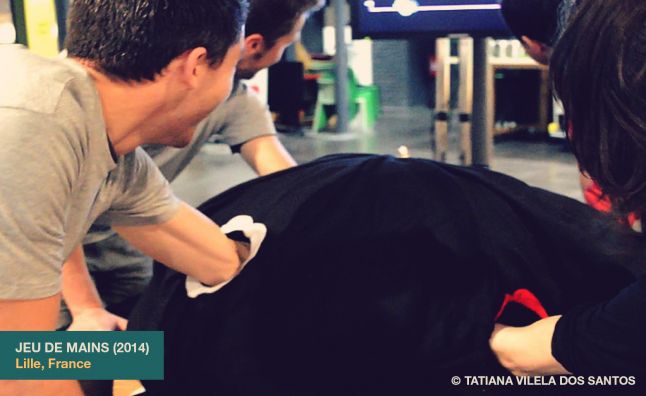 One of the obvious special feature of installation-games is the way physical space is part of the game experience. In the third article, we saw that physical interfaces can constraint body movements. But the whole spatial environment is also shaping player’s moves. This can be done with tangible obstacles: walls, hurdles, pits… But the simple marking of space induces behaviors. In å¯Âã‚²ãƒ¼ãƒ , the wrestling game mentioned in the previous article, players implicitly agree that the end of the projection is the border of the game space even though the mats extend far beyond the lighted area for safety reasons. The lighted area is the one of action as opposed to dark spaces meant for passive contemplation. This is an obvious yet tacit rule noticeable in performance halls and other venues. Space embodies the rules. These rules embodiments can be clearly stated but it’s not even necessary. Draw a line on the floor and it’ll become a border. Draw concentric circles on a wall and it’ll become a target. The design of physical games is a matter of space division: borders, paths, gates, goals… Just think about what rules are embodied by the lines of a tennis court or a baseball field. Horizontal space divisions embody circulation rules like race tracks. Vertical space divisions embody upward & downward movements like volleyball nets. Shapes embody game goals like the size of a basketball ball fitting perfectly the one of the basket. Materials embody  restrictions like the bouncing ropes of a ring perpetually bringing you back in the middle. Nothing’s insignificant. 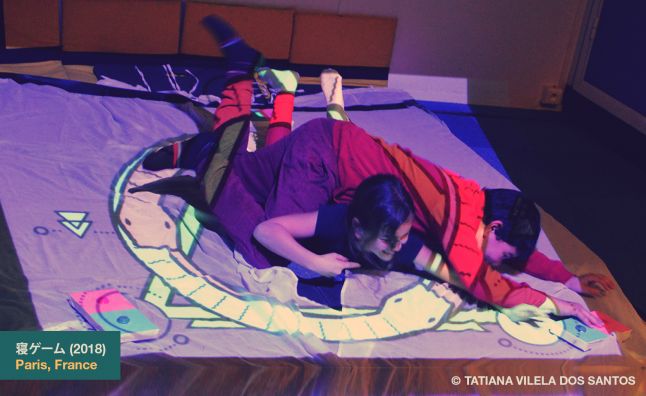 Every social space provides interesting examples of behavioral rules induced by spatial environments: prisons, hospitals, venues, museums, public transports, cities... But most of the time, these rules are merely operational. Sports give great insights about space constraints providing friction rather than smoothness. A soccer goal is not designed so a player can easily put the ball in the net. Just like standard gamepads aim for the most comfortable usability while alternative controllers can provide friction to create a tangible interface based gameplay, game field can provide friction necessary to the emergence of a performance. Because circulation is not easy in these spaces, players need to be skilled and creative to overcome their obstacles, like Dick Fosbury did with his famous Fosbury flop. One of the reason that led me to design installation-games is the pleasure I take in creating physical spaces. I love to rule the place like an architect, so players become performers.

In installation-games, the environment is not only ruling how players can move but also how they can interact with each other. On the playground, the social rules are those of the game. Tackle someone on a football field and no one bats an eye. Tackle someone in the middle of the street and everyone loses their mind. Designing physical multiplayer game is designing a social space. A prime example of this is Adsono, the cooperative game where players have buttons strapped to their body. By turning the players’ body into the playground the game doesn't only allow players to touch each other, it’s required to progress. This special social space is not only triggering playfulness because the context is fun and festive making it permissive, it’s prescriptive. Adsono is a social environment where touching each other is necessary. But this environment is not fully independent. It overlaps the basic social rules of the place and the relationship of the players. As I said in the previous article, the difference between Adsono’s players in galleries and in clubs is striking. In clubs, not only people are uninhibited by alcohol and other substances but they came to dance, so they’re not afraid of to make a spectacle of themselves. There, I often witness flirting couples using the game to get closer. In festivals, I often witness people from the same family playing. They tends to play with a distance by making mechanical and planned moves to defuse the sexual tension and so the social discomfort triggered by the game. 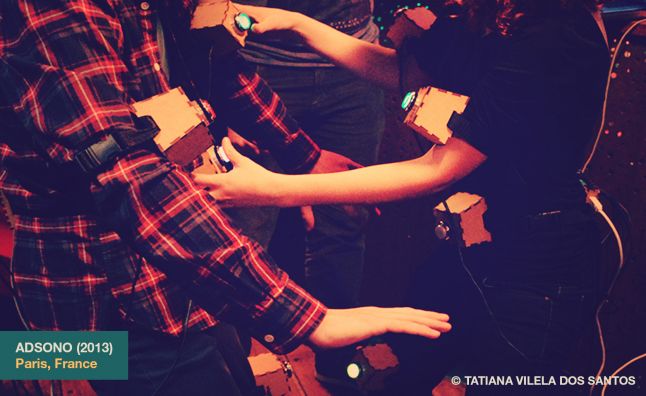 These playful social spaces are not only ruled by the game prescriptions. What happens before and after the game, the rituals, also have an important impact on the players’ state of mind. I call these two moments the hypnagogia and the hypnopomp: the moment you fall asleep, slip into the dream, and the moment you emerge from it. The hypnagogia is particularly important to trigger playfulness as it’s the moment players enter the magic circle, the game world. Well designed hypnagogia will help the players slip into a lusory attitude, a playful state of mind. It’ll let them know they obviously crossed the border and can now play by the game rules. Just like great foreplay allows someone to slowly indulge in kinky behaviors, a poor one will leave ambiguity and potentially triggers social discomfort. Martial Arts provide great insights on how to master these moments: wearing a gi,  tying a belt, bowing when you get on and leave the mat… all these aspects contribute to the change of state of mind necessary to let the players know they’re not in their usual social space. One of the reason that led me to design installation-games is the pleasure I take in creating social spaces. I love to rule the moment like a DJ, so players can shed their everyday skin.

But I don’t design installation-games only to master time and space and fulfill my demiurge complex. And changing players’ state of mind is not confined to sports and multiplayer games. I’d like to finish this series of posts by the story behind the design of one of my latest installation: Contre-ciel. Each year in Paris, an event called Play Me I’m Yours is organized by the city. Pianos are put in different public places and anyone can come and play. But amateur musicians are inhibited by their lack of technical skills and don’t dare play in public. Based on this observation, I designed Contre-ciel: a light and sound installation, composed of an interactive projected sky hanging from the ceiling. The sky reacts to the music played on a piano made available to bystanders. What’s played on the keyboard changes the weather, the time of the day and the planet from which the sky is looked at, according to different hidden parameters that the player has to discover. As it’s more uncommon for a keyboard to change a sky than produce sound and as we usually pay more attention to visual stimuli than sound ones, players and spectators of Contre-ciel are focused on the projection. So the musical performance becomes a consequence of the game on the sky. The performance shifts from the soundscape to the visual space. By turning the musical performance into a game players get uninhibited and dares explore the sky possibilities and, indirectly, the musical ones because it’s happening in the magic circle. 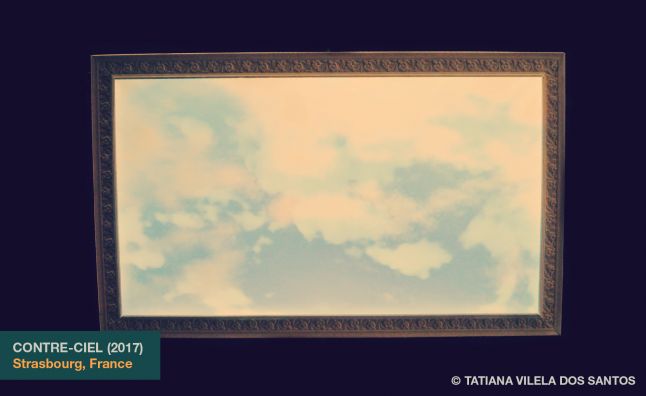 Contre-ciel is designed as a Rosetta stone that the player is invited to understand by exploration. Players have to communicate with this artificial sky to understand the grammar and vocabulary of this new language. They have to connect the pieces themselves and infer the relationship between the keyboard and the sky. Contre-ciel shares common points with GPU, mentioned in the third article and other games I made like (in)tact. I love to design this kind of Rosetta stone games because they require the player to speculate based on their personal life experiences. Players see patterns based on their knowledge. For example, while musicians tend to quickly look for musical relationship: scales, chords, tones… engineers tend to make hypothesis based on the communication protocol used : if that’s MIDI, then velocity could have an impact on the sky, if it’s an audio signal then frequency and decibels could be involved, etc. One of the reason that led me to design installation-games is the pleasure I take in creating both permissive and reflective spaces. I love to provide moments for the players to be daring and playful but also introspective and thoughtful.

Designing digital games integrated to the physical world is a field of creation offering unique possibilities. It doesn't just allow designers to experiment with funny weird interfaces during a weekend-long game jam. We can go beyond making installation-games and alternative controllers for the sake of it. Beyond screens and joysticks, physical interfaces allow designers to offer unique human experiences. Personally, in a world where communication technologies are isolating us more than getting us closer, I want to design experiences that make us share, even for a brief moment, a true unique human bond.

Thanks for reading. Take care and be playful!