During the time I have spent over the past few months poking around the internet and learning about indie games, I simply could not avoid hearing about this game. Even if I had never visited a single gaming site, I still would have heard about this game- a friend of mine was actually inspired by the game and dressed up as Slender Man for Halloween.

I am not a fan of horror (a fact my freshman-year roommate found endlessly amusing) so I never thought I would experience the actual game. Fate intervened, however, in the form of this friend locking his girlfriend and I in a room with him while he played the game.

The concept of the game is incredibly simple- find the eight pages hidden around the game, don't let the Slender Man catch you, and definitely don't stare at him for too long. The simplicity of the game actually enhances the experience, in my opinion. The Slender Man is not outwardly horrifying in a traditional blood-and-guts sense, but somehow seeing him standing in the quiet woods is utterly terrifying. 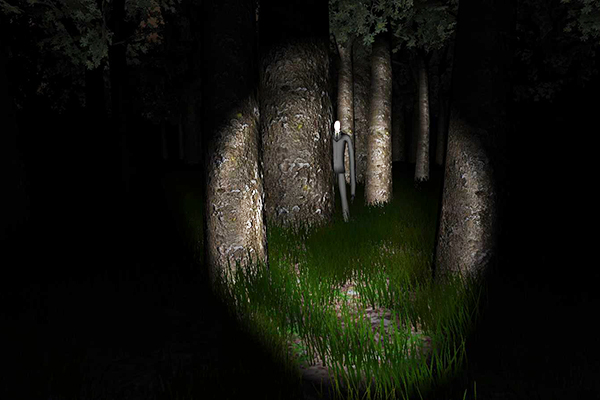 I am not the first person to write about this game, and I certainly will not be the last. There are reviews everywhere, and there are some hilarious videos on Youtube of players panicking while playing. Slender: Eight Pages has been incredibly successful, and a sequel is currently in the works.

You might be saying, 'duh, Kate, this is all incredibly obvious, why should we care?' There are many reasons, actually, but they break down to three major points.

You should care because...

...it proves that independent games can create and maintain an audience.

The Slender Man legend has been around for a while, but it has not penetrated the mass American consciousness. Although some people might be aware of the idea of the Slender Man, there was not really an audience waiting eagerly for a game interpretation. This game, however, attracted quite a bit of attention, and word of mouth has spread the idea throughout the internet and the outside world.

...it proves that games don't need to be overly complicated to be successful.

Slender is not a complicated game, but it is addictive. I have personally witnessed multiple people playing over and over, equally invested in the outcome on the first and fifth times through the game. In a time when everything seems to be getting bigger, brighter, and more complicated, this simple game has appeared everywhere. Games need to be good, not just technically impressive.

...it proves that independent games are a force to be reckoned with.

Everyone, from the largest studios to the tiniest one-person creator, is trying desperately to court potential consumers. There are massive marketing campaigns for almost every mainstream game, and independent studios are putting out as much effort as possible to attract attention. Parsec Productions has succeeded where many others have failed, and the response has been so enthusiastic that the company feels confident that their next game can be paid (unlike the free to download Eight Pages).

I have been incredibly impressed by Parsec Productions and Slender: Eight Pages, and I cannot wait to see how they will handle their growing fanbase.