Yes, You Do Need to Start Marketing Your Game Early

Do you think it's too early start marketing your game? Contrary to popular belief, it's never too early. Here's some misconceptions about game marketing and why you need an early start, and how to rethink attracting and retaining a fanbase.
Rachel Presser
Blogger
June 28, 2018 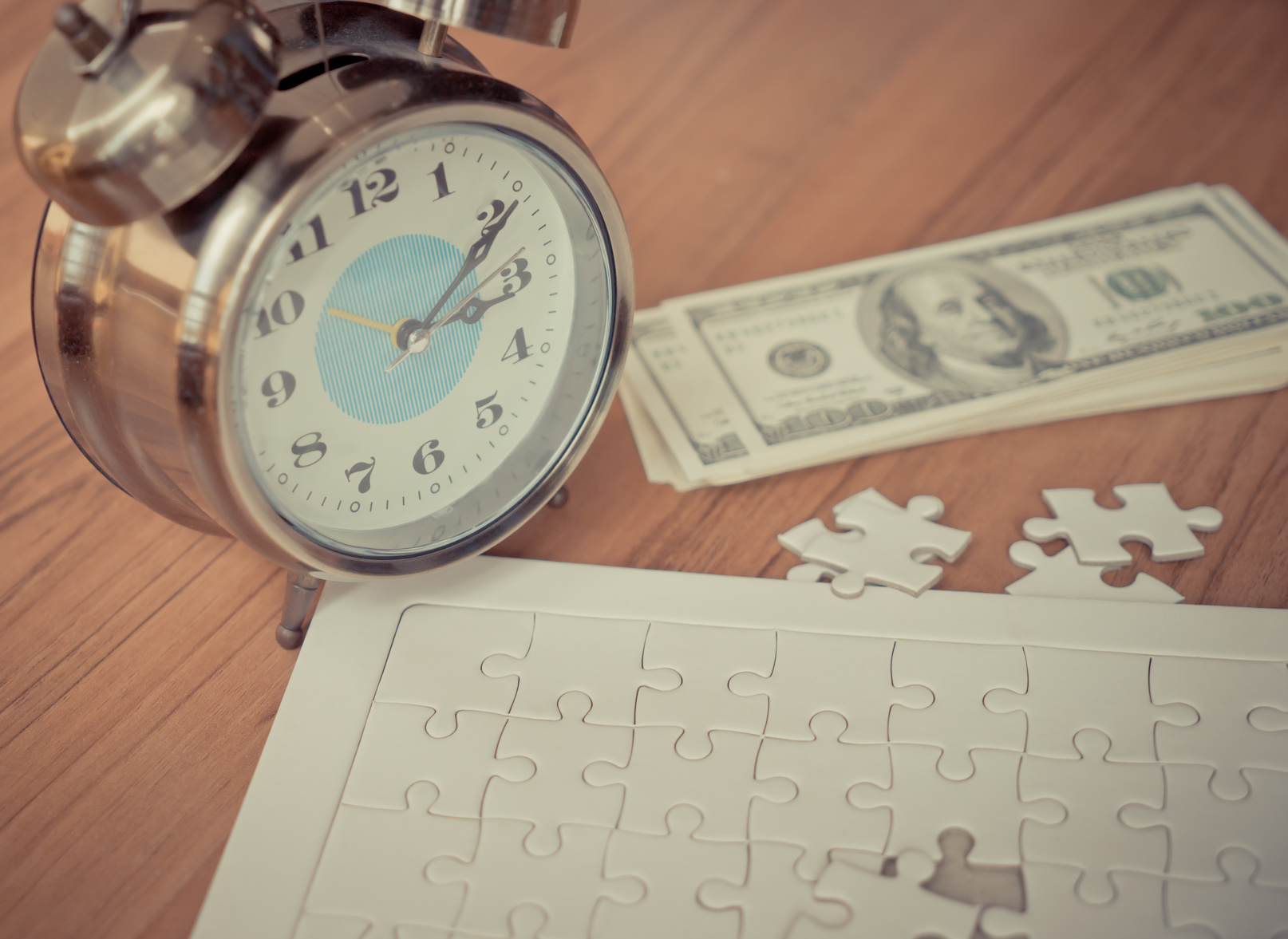 A little while back, I was at a demo night at Playcrafting and saw some cool games. Interestingly, one of the devs who was presenting said something along the lines of “We haven’t started marketing the game yet and think it’s too early to do that.”

It’s never too early to start marketing your game.

I shattered your world when it comes to professional networking and told it like it is with game developer taxes (oh hey, that book is also being updated for the 2018 tax reform just to give you a head’s up.) There’s a lot of misconceptions about game marketing just like how there are about the taxes and business aspects of hustling as a game dev, all those not-very-sexy things we don’t like to think about. But it doesn’t have to be super complicated: it’s a matter of looking for the right signals amidst all the noise out there, and also being okay with the fact that sometimes game marketing initiatives can boil down to dumb luck.

Ready to do the same for game marketing and have those misconceptions about it blown? Let’s go!

Misconception the First: Marketing = Advertising and You’re Allocating All or Most of Your Marketing Budget to Ads 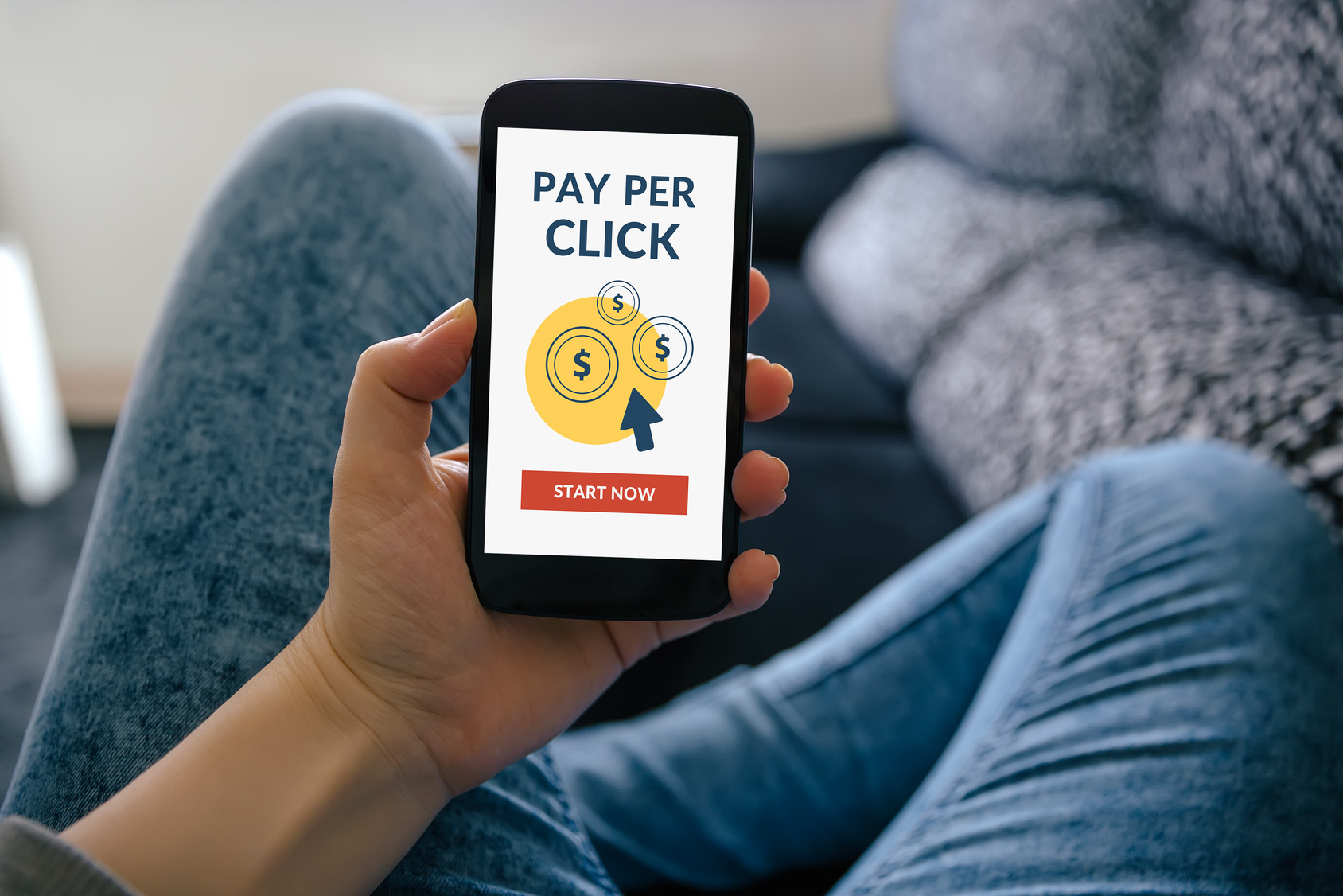 Don’t know about you, but I cringe every time I’m at a game dev event and marketing your work comes up then someone suggests hurling your cash to the wind with AdWords, Bing ads, and other pay-per-clicks (PPC) once you’ve got a playable demo. Unless you’re a wizard with AdWords and know how to time and target PPC ads really well, you should save your money.

Hell, even if you ARE a whirling dervish with those ads? Given the unique visibility issues that indie games face I don’t suggest concentrating a great deal of your marketing budget on them for PC or console games. (Speaking primarily from PC experience, it’s a whole other animal when it comes to mobile games that got more advertising muscle.)

Because the games industry largely gets left out of digital marketing discussions given that we practically live on a different planet in comparison to other digital products, there aren’t a whole lot of conclusive stats on how effective PPC is. Even if there were stats handy, they’d mostly be skewed towards AAA franchises that already have the advantage of recognition and a sizable preexisting fanbase. But what you should know is that ad-blocker software and plugin use has increased 30% since 2016 and the average conversion rates for Adwords users are 2.7% for search and 0.89% for display across a broad array of industries.

With all that said, ads are a later-stage vehicle rather than a type of marketing to think about early on for your game. I got into the Rule of Seven a while back and talked about this a little. Search ads work well as a supplement pre and post release, or perhaps when they’re timely for a game you already have out if there’s a current event related to the game’s setting or topic, but not what you should be spending a lot of money on. Social advertising, like Facebook ads and promoted tweets, are more effective at driving traffic than Adwords and their ilk because the targeting is better. But they definitely shouldn’t be considered until you’re much farther along with something to show.

And if you’re considering taking out ad space, Google, Bing, and Facebook aren’t your only options. Check if any gaming sites where you’ve built up some kind of following, or game dev collectives with a larger reach, have advertising options. Then have fun with it: Computer Lunch got creative with their Facebook ads for Mama Hawk that drove engagement because people could have fun with answering the questions and it made them want to share it.

THAT’S something you have to plan in advance.

Misconception the Second: The More People You Reach, the Better 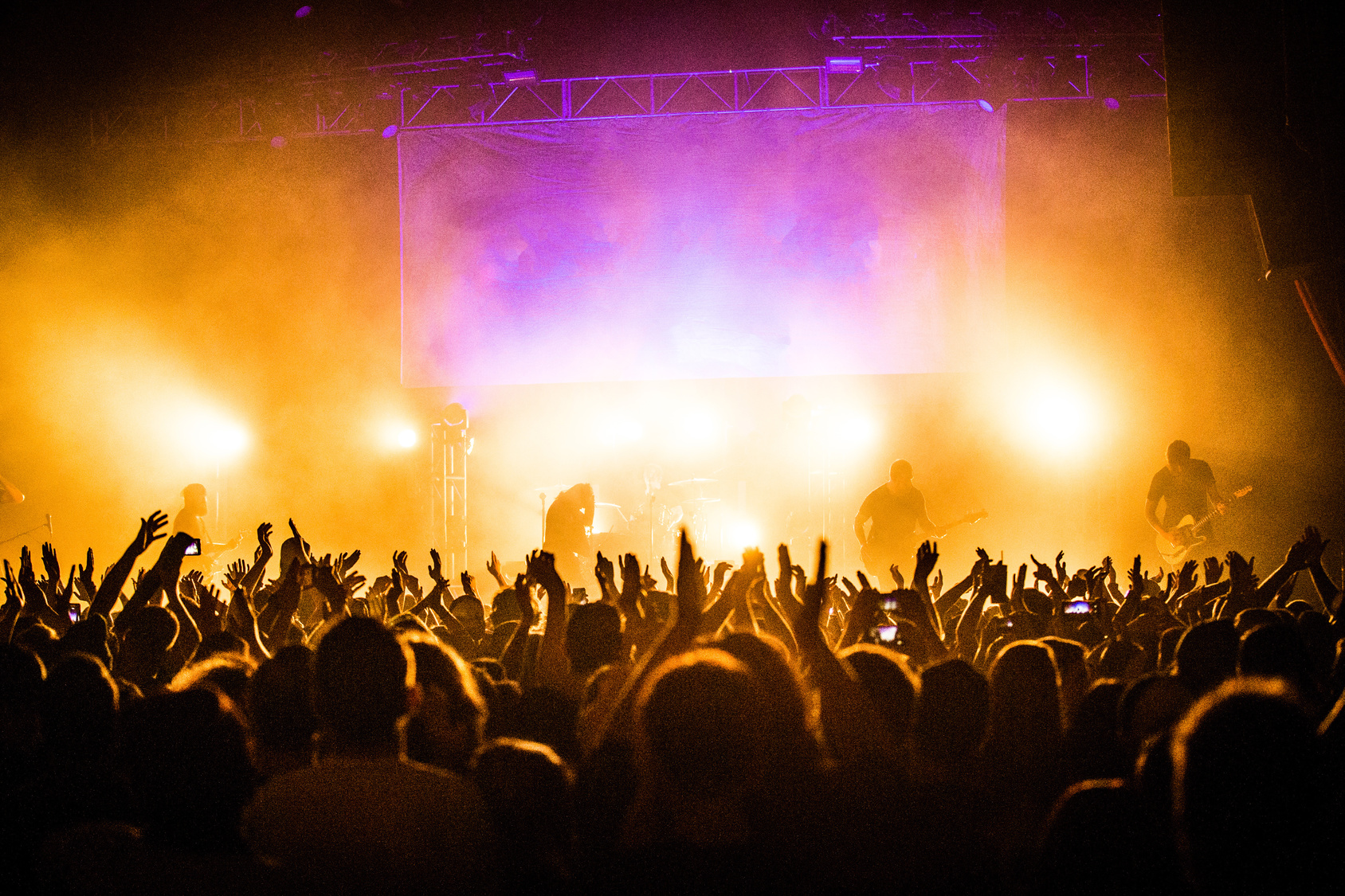 Do you know how many games get released every year?

I may have raised some provocative questions in that piece, about the slow struggle to get games taken seriously as a medium. But those numbers are also worth thinking about: having a game alone isn’t enough anymore. Gone are the days of saying, “Hey, studios stopped making games like this cool adventure game we’re making, so check out what we’re doing!” There’s all kinds of fascinating new genres and takes on games out there now and innovative strides being made. It’s thrilling from a developer’s standpoint-- also terrifying from a business one in terms of finding a way to float to the surface in the vast sea of digital toys out there now.

There’s a lot of noise out there. Not just in terms of games already released, but in general. Attention spans are shorter. We try to cram too much into 24 hours. And traditional marketing methods that you’re getting a late start with are not going to cut it. Even if you go far beyond the pale as far as ad content is concerned like Mama Hawk did, or you’ve got this theatrical-quality game trailer that goes beyond what people expect to see for a game, getting all that additional exposure helps but it’s not going to be what ultimately gets people riled up for release day in advance.

You don’t want to reach 100,000 people where maybe 1-2% become interested enough to check out your game. You want to directly reach out to and engage with that 1-2% who will be fans, not followers or worse yet, bored eyeballs on an ad for 20 seconds where there’s maybe a 0.5% chance they’ll check the game out. A fan is someone who will actively tell other people about your game and lore. A follower somewhat pays attention what you do. People who just glance then go back to what they were doing? Better than nothing, but they’re not going to help with your sales in a shorter timeframe.

This is why live events and building communities is crucial, especially when you get an early start. It’s better to get a smaller group of die-hards than a large group of people who don’t care or have just a passing interest.

Misconception the Third: Community-Building is Too Time-Consuming 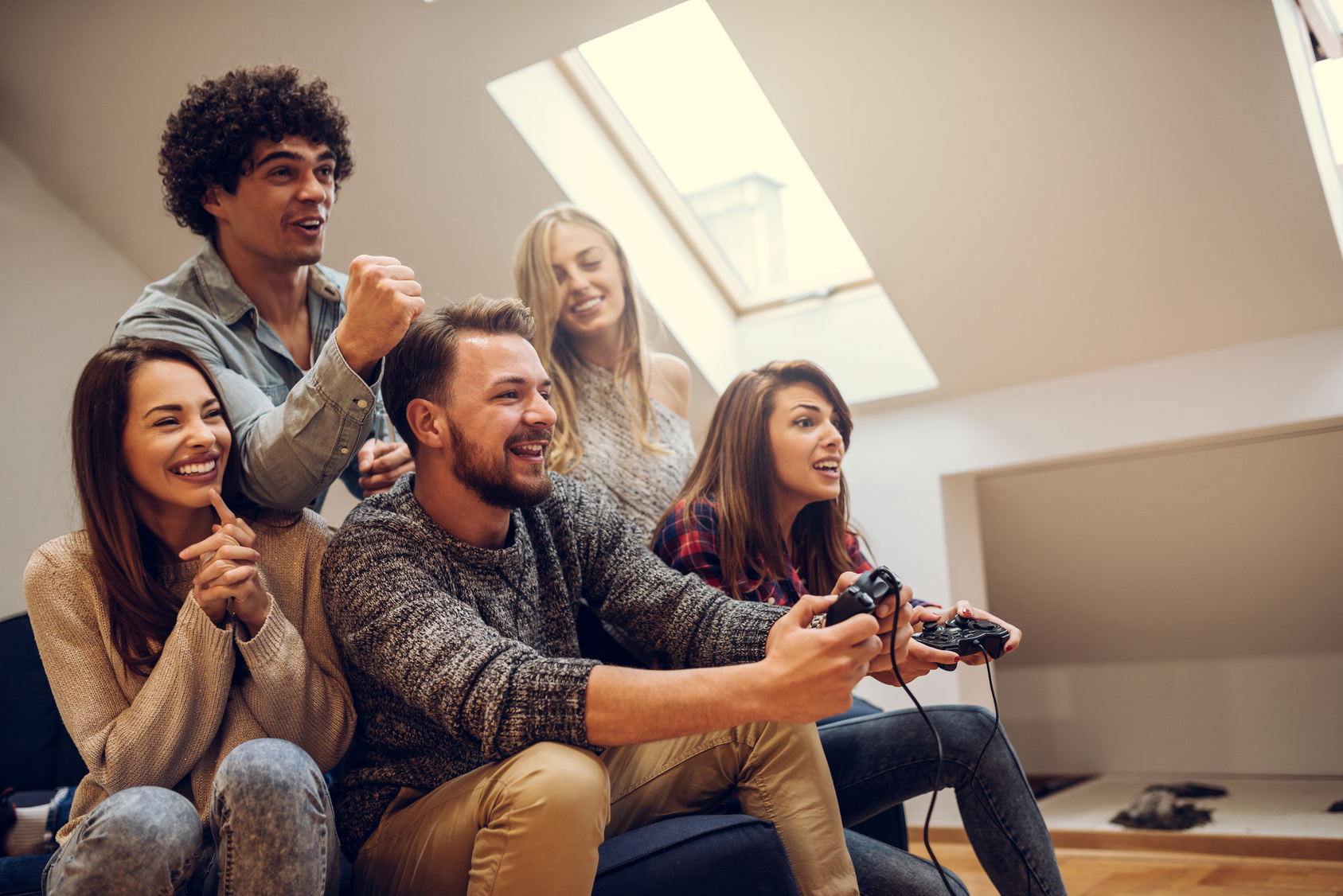 Community-building seems time-consuming because yes, it can be. It can also seem daunting if you’re more introverted and/or don’t like to spend a lot of time on social media: but do just 1% a day, like a post or two. Start a Discord or a Twitch stream that gives your fans and followers somewhere to go. Some creators live and die by Twitter, others just post once in a while and if you have lots of live events happening near you then you should take advantage of it.

Forming your fanbase also seems like it just takes up a lot of time because it’s a long game that can be slow, and few people got the opportunity or bandwidth to do PAX and similarly-sized several times a year where you’re more likely to get both the engagement and the numbers simultaneously. So, remember that it’s a long game but one that has to start early!

Also, be open-minded in terms of how you build that community and audience. It could be completely unrelated content and the most unexpected platforms that end up driving most of your engagement. But you do need to get rolling on it as soon as you have something to show.

Misconception the Fourth: A Surprise Release is Fine if You Already Have Fans Because You’ll Just Do a Launch Discounts

A colleague of mine (who requested the studio name to be withheld) was recently relaying frustration with a decision his team made to release a game without bothering to do any hype for it at all: right before E3 no less! To no one’s shock, the game’s seeing fewer sales than the Juicero despite those launch discounts even though the studio’s got a sizable following.

It can be tempting to do a surprise launch if you’ve already got fans or you just want to put the game out there and worry about driving engagement then, instead of seeing those countless “Hey, how’s the game coming along?” messages. But that’s actually one added benefit you get of starting your marketing early: you get pep talks regularly from people who are legit excited about your game.

But unless you’re an indestructible industry legend, a surprise release tempered out by discounts isn’t going to work. In the endless discussion about the indie game pricing crashes, there’s only so many times you can discount your work before devaluing it completely. This is why you need to focus on building your community and getting creative content and social efforts started early so that you not only got people behind you, but you can also flip the script on the pricing crisis around by giving them more value at release day like limited-edition digital content or swag.

If you want to learn more about marketing your game and why you need to get started on it early, check out the Virtual Business of Games Summit which goes live on July 24! I’ve had the pleasure of participating in this project with 30 or so other industry professionals who can help you level up your game marketing efforts as we stay cool and buckle down on our digital masterpieces this summer.