Why The Game Industry is Still Pushing Pre-Orders

Pre-ordering continues to be a major part of AAA marketing, but it's utility and purpose is being questioned by consumers today and leaves many wondering: Is Pre-ordering still worth it?
Josh Bycer
Blogger
September 08, 2016

The act of pre-ordering games has been an institution since the late 80's. As the Game Industry has evolved and changed, so has the use of pre-ordering. Today, pre-ordering a game comes with a lot more baggage and even risk to consumers. And that means we have another debate to break down: Is pre-ordering still relevant?

Once Upon a Time:

Up until about eight or so years ago, pre-ordering games was an important part of the Game Industry. Publishers only printed out a limited number of games to be sent to stores. Pre-orders determined how many copies were sent out.

Companies like Atlus used pre-orders to help keep their production costs to a minimum. Because they knew their games weren't going to be massive successes, they knew not to over produce. There was a time where Atlus was known as the company that you either pre-order their games, or you won't play them.

This helped to drive rare game prices up and made playing classic games all but impossible unless you had a lot of money. The changing of the guard moment came with Steam and the rise of digital distribution. Suddenly, you could buy games from your house and have a store with an infinite number of game copies.

Pre-ordering is meant to determine consumer interest in a title

That changed things forever when it came to buying games. The act of pre-ordering out of availability all but disappeared.

Now you can have companies provide an unlimited number of game copies through a digital store without having production and shipping costs.

Pre-ordering still helped to determine the overall interest in a game, but it became harder to convince people to do it. The use of pre-order bonuses has skyrocketed in order to compensate.

Pre-ordering has been shifted away from providing availability and now for bonuses. Pre-order bonuses became attached to just about every AAA game. From minor things like bonus exp to exclusive skins and costumes; pre-ordering became a major marketing push.

The idea is simple: Convince the player that there is enough value to spend full retail on a game. Many AAA games these days are also being sold with day one DLC or day one season passes; with their costs sometimes folded into the pre-order. 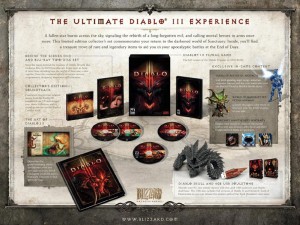 One of the longest running incentives have been collector's editions: Where the player gets far more than the normal retail version.

Unfortunately for most games, the value of pre-ordering is questionable and where this debate comes into play.

The role of Pre-ordering and its value keeps on decreasing in the consumers’ eyes. Developers and publishers are continuing to front-load their games with incentives for pre-ordering.

The problem is that the consumer has caught on to this trick. Thanks to game devaluation and accessibility, it's making less sense to spend full price on a game. Many digital and online stores have special discounts, and you can always expect most games to go on sale within months.

DLC and season passes have fallen out of favor with most gamers. Again, why should someone spend $60+ for full retail, when they can get it all with a GOTY bundle later on?

Of course you can point out that people are spending more to get the game earlier, but there's an issue there. The number of games being put out weekly has gone up dramatically. Right now as you're reading this, a game is being released this very day. There are so many games coming out that it's becoming difficult to keep track.

The only times where it's worth it to pre-order are when there are collector's editions available. For the rest of the time, there's just no value there.

The Point of Pre-orders?

For me personally, I find myself pre-ordering games less and less. The only exceptions are collector's editions or the game is from a studio like Nintendo who are not known for deep sales. The issue with pre-orders as it stands is a lose-lose for them.

To convince people to pre-order, the incentive must be worthy and unique, but developers run the risk of angering their fans who miss out.

And to be fair, the fans are right in this regard. You never want to release exclusive content that only a handful of people will ever be able to play.

Some companies handle this right, like Atlus. Many of Atlus's titles come with a first printing special edition. This version may have an art book, soundtrack and more available. This offer is only good for either early adopters or people who buy the first printing of the game.

This way, there is unique value available, but none of it affects the game itself and you're not forced to pre-order.

For everyone else, they're still looking for an answer. As the saying goes, "Money Talks," and there's only one thing I can think of that would convince people to pre-order: Discounts. We have seen how effective first adopter prices can be for indie and kickstarter promotions.

Imagine if the latest $60 AAA game would offer the first 100,000 pre-orders a $20 discount off the game, and 250,000 get a $10 discount afterwards. This would be something unique, something limited, but not piss off people who came in late due to exclusivity. Before anyone types it out, I can tell you why this won't happen: Publishers don't want to lose money. Unfortunately for them, there are only so many ways to add value while keeping everyone happy.

Just as the acts of buying, selling and making games has changed, so does the act of marketing needs a face lift. Publishers are still trying to make the old ways work, but that's just not how things are anymore. There is the argument that games should be selling for less these days, but that's another topic waiting to be written/talked about.