The recent announcement of We Happy Few's change in scope has left fans puzzled, and gives us another discussion regarding the perception of AAA design.
Josh Bycer
Blogger
September 06, 2017

In August, the Indie game We Happy Few ran into trouble with its fans and members of the press. The kickstarted open-world survival game announced that not only are they now being published by Gearbox, but the game's price was raised with a second one planned for launch. The developers cited that they are going AAA with We Happy Few, but what does that mean when it comes to design?

We Happy Few's developer Compulsion Games in a news piece talked about the change in development and scope. From their original Kickstarter through early access, and now with Gearbox publishing them, the team has grown considerably.

Their plan is to now use Gearbox's backing to grow and finish the game by April 2018. This isn't the first case of an Indie developer being bumped up thanks to publisher support. The bad news is that the other major example is No Man's Sky's developer Hello Games and the release debacle.

In the article linked above, Compulsion talked about expanding the team from 8 to 40, and their monthly costs are now more than the kickstarter earnings. The price increase and announcement has been met with by anger from their fanbase, and I feel that it's only going to get worse from here.

Putting a Price on Design:

Consumers generally don't know the cost to develop a game, as that information is not normally discussed. Thanks to the variety of Indie games being released, we have seen games run the gambit in terms of production values. The main variable that the consumer uses to judge quality is the price of a game.

When we last spoke about price, spending $50+ on a single game was a big deal for consumers. At this level, consumers expect something that is worth the asking price. That means all the content promised was in, graphical polish worthy of a full price game, and for many titles, having a multiplayer mode. 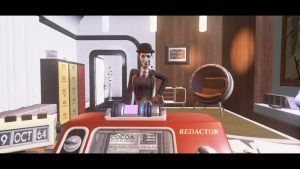 We Happy Few's story still remains to be seen

Keeping with that topic, raising a video game's price is always met with skepticism; all the more so when something doubles. We Happy Few's developers talked about how the price increase was justified, but fans see it as a bitter pill to swallow.

We Happy Few following its early access launch was met with mixed impressions. The game was originally pitched as a singleplayer focused story with the open sandbox as a bonus mode. The developers did not show off the story and planned to release it at launch. Looking at updates to the game, they have been focused on improving the base systems and fleshing out the sandbox mode.

While these updates have been positive, it has caused gamers to ask one important question: What is going to make We Happy Few worth $60? As of August, the game has received its last major update before 1.0 next year. From their blog post, they have talked about expanding the game with DLC and a season pass, but there hasn't been any discussion on what the extra $30 price tag will give to the consumer.

Price increases for video games are always met with skepticism from the consumer. With We Happy Few and looking from the outside in, it's hard to see just what has changed game design-wise to make the game be worth an additional $30, and that's not good.

You can check out this post talking about the post release work and what it means towards the price of your game, but working on the underlining systems is not the best way to justify raising the cost of your game.

Not Full of Joy:

We Happy Few has certainly taken an interesting path from its initial kickstarter success. It's too soon to tell how things will end for the game, but I'm not sure if they will be able to add enough value to justify doubling their price in eight months. 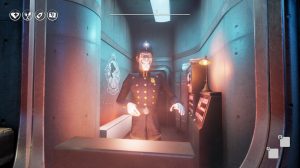 There have been improvements to the design, but have there been $30 worth?

There is a big difference between changing a game's price internally vs. when the game has been sold on digital shelves. Any price increase has to be backed up by major changes to justify it.

Fans and non-fans have been playing We Happy Few for months at the $30 tier, and so this question goes to them: Do you think there's enough content to justify a $30 increase?

The argument of gameplay to value is a never-ending one for game designers, and we will have to wait and see on the outcome of We Happy Few.