Open The Gates! More and more indies are allowing players to have a say about game updates. Maybe you decided to do this aswell, here are some tips & tricks after making 4 open game development games!
Yannick Elahee
Blogger
June 13, 2019

What is Open Development?

It’s hard to give a hard-written definition, but I would say it’s when: 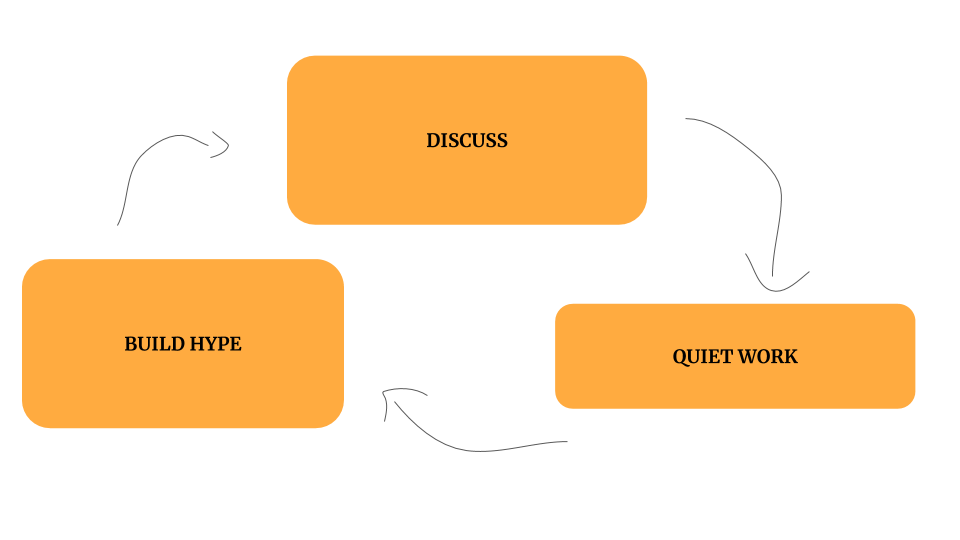 There is a lot to say about Open Development, I will give simple tips & tricks that should empower you in this path. 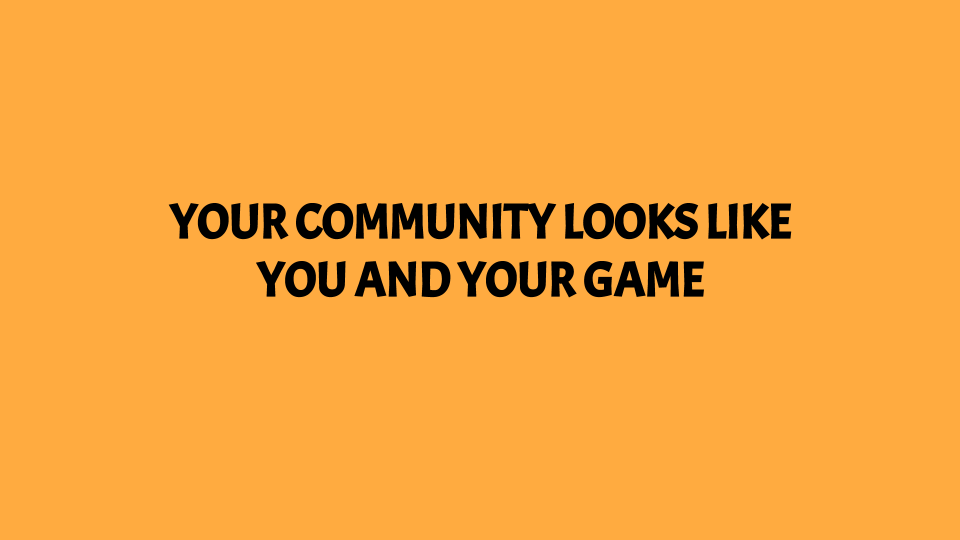 I’ve worked on a dozen different game communities and I can say this is an important rule. If you’re secretive, your community won’t be comfortable sharing hard feedback with you. Same thing for discussing aggressively when you receive harsh feedback. Just remember to be cool with people, even if they’re “small players” and they’ll give it back to you.

We’ve found that the best update timing is MONTHLY. 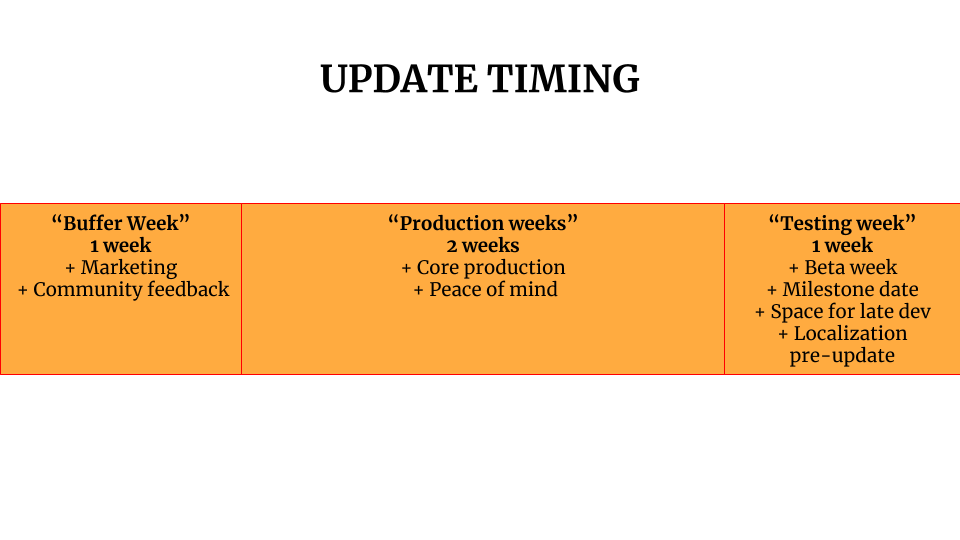 This way you can have: 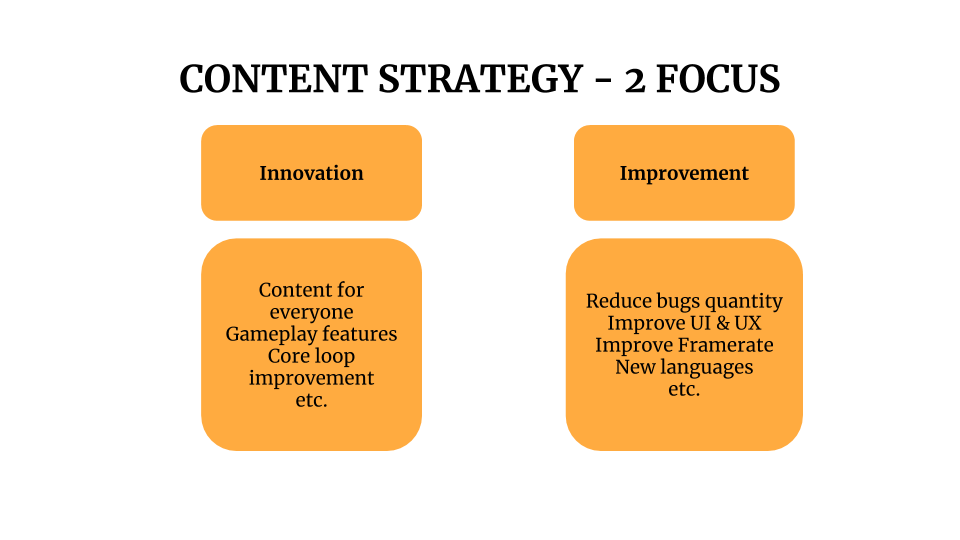 The most important thing with open development is “What are you actually putting into the game?”. If you come to Open Development with a super fixed immovable schedule of what you wanted to do : YOU’RE DOING IT WRONG.

If you do this, it means your players have 0 impact on your development, and loose the “open” tag. They don’t need to lead the whole thing, just being there to support you with all the weight on your shoulders!

Choose a focus : innovation or improvement

INNOVATION - You add new stuff to the game, it can be content, gameplay features, a better core loop or whatever.

IMPROVEMENT - You’re improving what’s already there! You make a better UI / UX, kill the bugs or improve the framerate. It’s also fine tuning the game even more. You may even be adding new languages to the localization!

you can do both, but sometimes it’s interesting to do IMPROVEMENT, because players often complain about bugs! 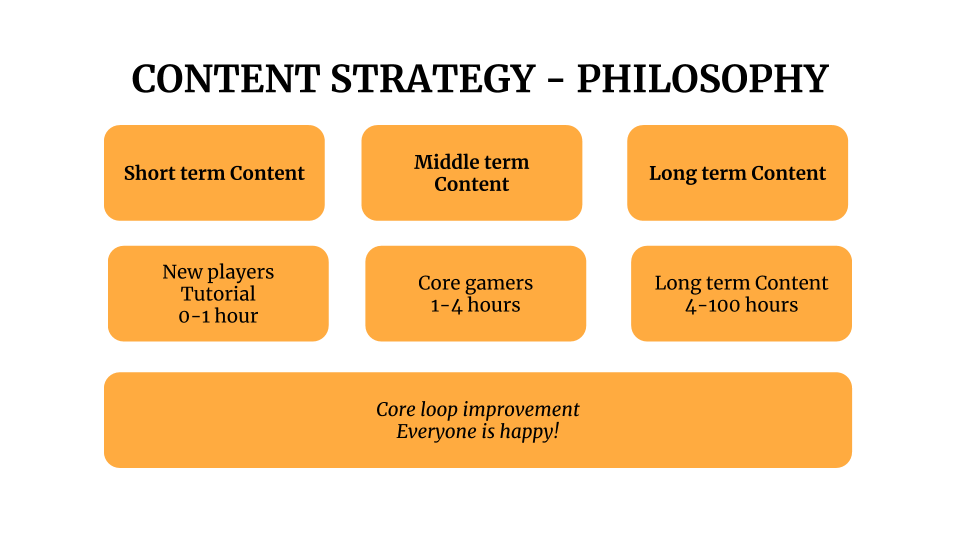 In game design, you have to make features for every path of the game : short term, medium term and long term. Your game needs to be good for the beginners, the intermediate and the veterans. This way: everyone gets fun!

That’s something you use in open development as well.. On every update, if you can add content for those 3 kinds of players, your current players will be happy! It’s a good constraint as well for making creative decisions. 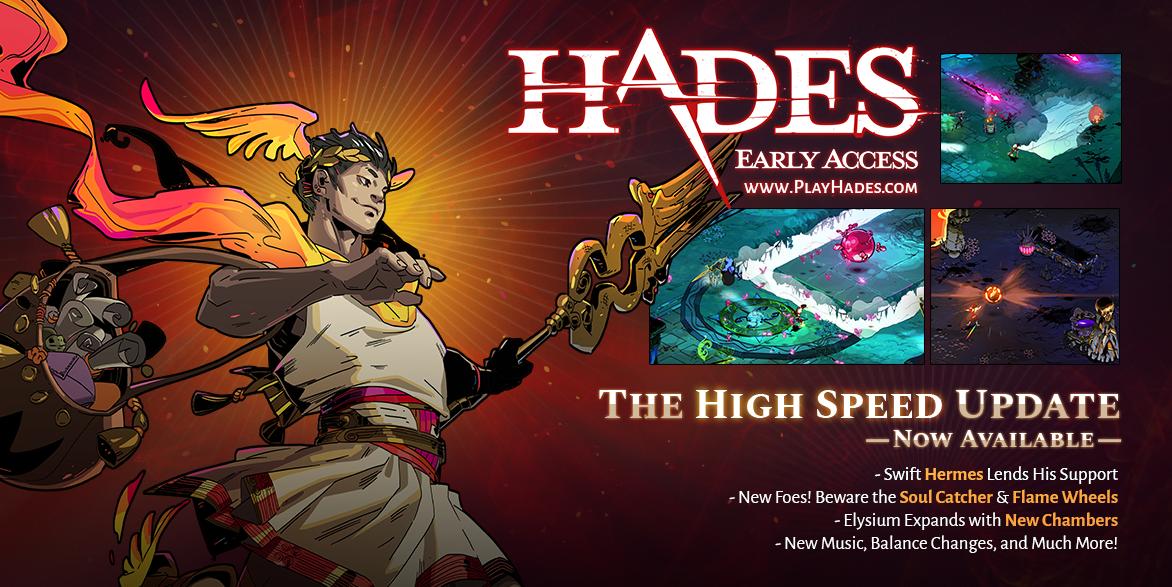 Example of Hades update, with courtesy of SuperGiantGames. Just to be clear: we didn't work on Hades! They had a pretty cool update picture so I wanted to show it.

Tips #1 - Name and theme your update!

If you call your update Patch 0.17.0, players will think : “what the fuck is this shit?”. That look like a very basic advice, yet few people do it! You don’t have to give every patch a name. If it’s a monthly update with a lot of stuff in it, find a theme!

Finding a theme also empowers your creative decisions and processes. For instance we had a “Ingame Seasons Update”. This way, all the team knows that what they’re updating are to improve the sensation of Seasons.

It has beneficial side effects. You patch specific parts of the game, for instance you can make a “Good Tutorial Update”!. We did an update called “Agriculture & Sound Design”, where we revamped the whole sound design.

Another good side effect is that players will understand what’s in this new update, why they need to get back into it.

Tips #2 - Progress must always be visible!

In game development, it’s easy to get lost in backend optimization and tools! You gotta make sure that you always push something players can see moving and play. It doesn’t have to be the whole update with new stuff, but I’d say at least 25%. For the player, tools and optimization can be very abstract. For instance, a player that already had a good computer won’t see the changes 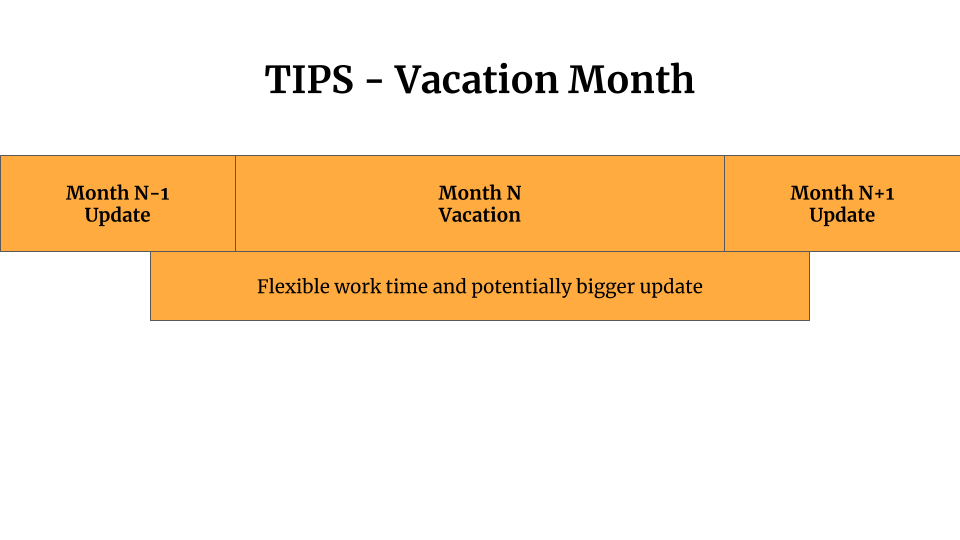 A “Vacation Month Update”, where you ship nothing is actually super interesting. First, you can take some rest (remember “Your community looks like you and your game”). Then, you actually have more time for the next update. It allows you to have several members of the team on different vacations time. You can also take the buffer week from Month N-1 and Month N+1 to make a bigger update. 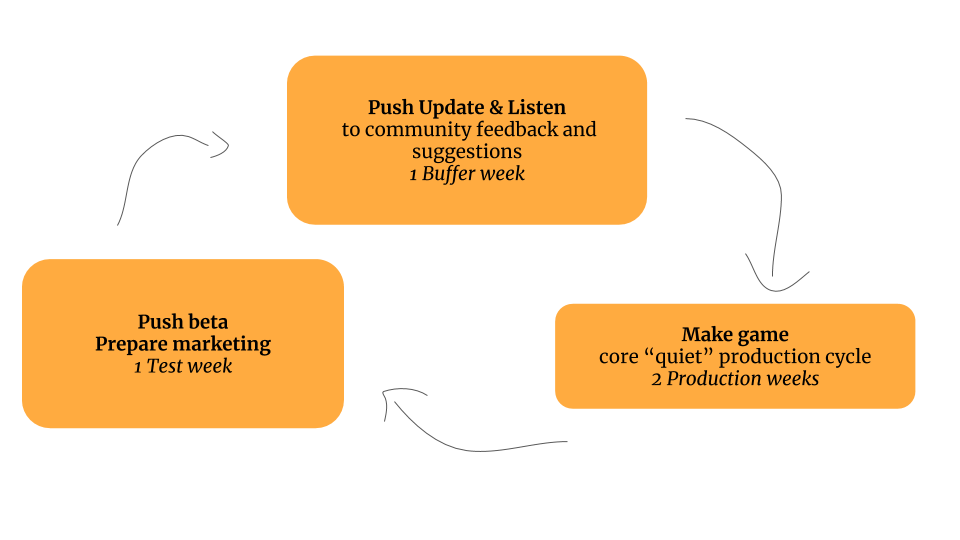 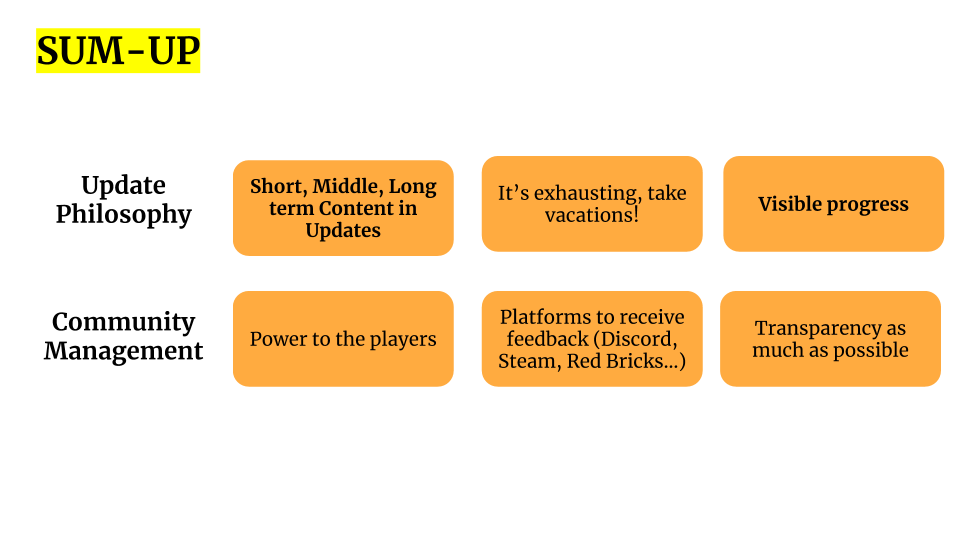 I hope you enjoyed the read, let me know if there are specific things you’d like to know about open development!