Throughout the development process of Toto Temple Deluxe, we published multiple articles demonstrating how we designed and coded it into the game that it is now. This is the official, centralized list of all the “making of” articles.
Yowan Langlais
Blogger
December 01, 2015 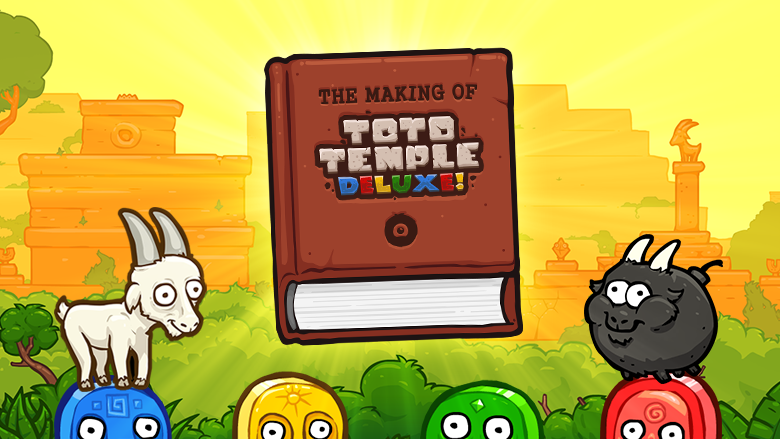 Throughout the development process, we published multiple articles demonstrating how we designed Toto Temple Deluxe into the game that it is now. This is the official, centralized list of all the “making of” articles. Hopefully, you can learn a thing or two in these, or maybe even better, share your knowledge and teach us something new!

A transparent analysis of the game’s unsuccessful launch. Read more.

The Art of Bubble Babble

The full, unfiltered creation process of the Bubble Babble temple. Watch the video.

The Art of Giga Geysers

The full, unfiltered creation process of the Giga Geysers temple. Watch the video.

Giving away $17,000 worth of Toto Temple Deluxe at PAX East

A run-through of our marketing experiment at PAX East 2015. Read more.

Designing a “playable” UI that secretly teaches how to play

The design process behind the playable menus that teach you how to play. Read more.

Baby steps to an Artificial Intelligence

An introduction to the basics of artificial intelligence. Read more.

An introduction to the basics of artificial intelligence. Read more.

Jumping is a core element of Toto Temple Deluxe. Here’s how we made it feel right. Read more.

Detailed explanations of how we handled 2D collisions in Unity. Read more.

The secret to designing the perfect level?

A thorough analysis of the design process behind each temple. Read more.

A list of the small design decisions that greatly affects gameplay. Read more.

A demonstration of the multiple gameplay changes throughout the iterations. Read more.

Sacrificing fun to remove the no-fun

Details on how we had to remove fun features to achieve a better experience. Read more.

Odyssey of a Bubble

The story of how we made our very own design rule book for Toto Temple Deluxe. Read more.

The design thinking behind each power-up in the game. Read more.