The Two Reasons why Video Game Adaptations are Horrible

Adapting video games to other mediums is never easy, but there are two big pitfalls that movies get it wrong in translation.
Josh Bycer
Blogger
January 09, 2017

Another year has gone by, and we've seen more crappy movies based on video games. I've been thinking about this for some time, and I'm finally ready to break down the two main elements that people get wrong with making video game movies.

Video games are built around rules that govern the systems and mechanics. These explain why saving the world quests have to be stopped to help villagers, or why Samus' suit gets broken at the start of every Metroid game.

These rules are how developers have to frame their games in order for the player to interact with them. The problem is that you cannot translate arbitrary conditions like these to a film or other medium. A few years ago, I talked about the failings of video game storytelling with the "Just So Happens Ratio." The JSHR is when plot points that make no sense can only be explained by saying, "Just So Happens."

The problem with video game rules when adapting is that they take the audience out of the story. With that said, there are plenty of examples of engaging shows and movies built on arbitrary conditions that serve the plot, but they have to make sense within the confines of the story. If we're in a futuristic setting where people can teleport and fly to different planets, don't tell me that guns can't have lights attached to them. 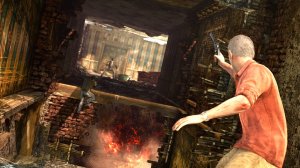 Another example would be if they're still planning on making an Uncharted movie, how are they going to explain Nathan Drake's ability to take on entire armies by himself?

This also serves to make the world smaller and less interesting.

We've seen this before: The main character is literally the only one who does anything of note to move things along, or everyone just so happens to be related to the plot points.

Video game pacing is a difficult task. You need to balance story, progression, player interaction and mechanics to create a cohesive situation. A big part of effective pacing is between the gameplay and whatever story you're trying to tell. If either element becomes too dominate, it will lead to an uneven pacing for your title.

The medium of video games requires gameplay to break up the story, unless you're playing a strictly narrative experience. Video games are also better structured around situations rather than character-focused stories. When it comes to adapting video games to other mediums, this is where most of them get it wrong.

Gameplay is unique to video games and cannot be translated. You can't do a Diablo movie and show 40 minutes of grinding greater rifts for loot. Another problem is that stories in most games are designed around the gameplay as a buffer between story elements. What that means is the story itself is already being segmented and not meant to be viewed on its own.

What ends up happening in most adaptations is either there will be too much story to fill in the gaps, or everything feels stitched together due to not adding anything else in. With that said, let's talk about a better solution.

If you're going to adapt a video game, the best thing to do is not go for a straight adaptation. Movies like Street Fighter and Warcraft tried to take the game's plot and put it into film form. The better alternative would have been to tell a new story within the universe of the game itself.

That way, you are able to tell an original story designed for the medium, but within the property itself. A really good example of this working would be Star Wars Rogue One. Rogue One took place within the Star Wars mythos, but was its own standalone story. 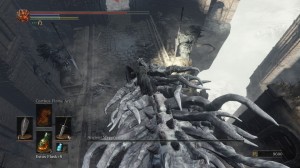 Video games offer some amazing settings, but aren't as character-driven

Talking to friends about this, but two properties that could be translated quite well would be XCOM and Soulsborne. Both series are not character-driven in terms of narrative, but are more about the setting.

While the writers are still limited to the property, they are free to write their own story for it.

The Game Industry has evolved its storytelling considerably over the last decade beyond just the RPG genre. The fantastic settings that designers have come up are all good grounds for telling stories.

The problem is that people both within and outside of the Game Industry think that video games can be translated almost 1:1 to other mediums. Film in particular is character-driven, and most games are built around the situation and setting.

This can succeed, but it will require a different way of thinking and putting more work into using the property.

For you reading this, can you think of any other properties that would fit other mediums?

Thanks for reading this post. Be sure to check out the rest of the great content from Game-Wisdom. You can find me on Twitter for daily updates on all new posts and nightly streams on Twitch around 10 est. Check out my YouTube Channel, now over 1,000 subs strong, for daily videos on game dev topics and video games. Finally, check out the Patreon campaign for ways to support everything that I do.