The power of limits - How Restrictions can lead to Game Innovations

Is technology really the limiting factor against the creation of expressive video games?
Arian Allenson Valdez
Blogger
December 19, 2013
Perhaps one of the most prevalent views in game development, especially among newbies, is that our current technological state limits our capability in creating expressive video games. The general idea is that we simply need more innovation to reach what games are (and should) be aspiring for.

This is also perhaps one of the most inaccurate things I have ever read.

The Paradox of Choice

You've probably heard of the phrase "More is Less, and Less is More".

Let's start out with a concrete example. If you're a programmer, and I told you to program in either C++ or Java, it would probably be easy for you to pick what language to use, considering that you know both of them.

But if I told you it's a free-for-all, and you can choose to program your game in C, C++, Java, C#, F#, Fortran, Objective-C, Ocaml, Javascript, Actionscript, Python, etc. etc., and considering that you also know all of them, I'd figure you'd have a much tougher choice ahead of you.

Metal Gear is an incredibly popular franchise. If you're not familiar with it, you're not a real gamer it's a game where you stealthily maneuver against numerous, and generally more well equipped soldiers.

But did you know that the game managed to popularize an entire genre specifically because of hardware limitations?

The game was originally planned as an average action title, but the developers didn't have the luxury of incredibly powerful computers back then. The processing power of machines were so weak that they couldn't get any more than a few enemies on screen until the game flashed epileptically.

This is when Kojima-san realized that the game, in its current state, simply won't sell - an action game with 2 enemies and 6 bullets is going to be incredibly boring to say the least. So did he just give up on the game entirely, opting to wait for technological innovations until the game can be made?

Nope. He considered the limitations, and decided to make the game work with it. If the game couldn't have a lot of enemies, then maybe he can design a game where the goal was to avoid enemies?

After that, as they say, the rest is history: the franchise has sold 30 million copies at the time that this article is written, and Metal Gear Solid is one of the most amazing games in my book.

What I'm trying to say here is that you don't need

Another game where hardware limitations worked for the game instead of against it was Silent Hill.

Silent Hill is a horror title, and the game has you play Harry Mason, an everyman, searching for his adopted daughter in the eponymous town.

Now what was particularly unique in this game was that the player traverses through real-time 3d environments. For such early titles, fully 3d environments were quite heavy. If you look at Resident Evil, Silent Hill's primary rival, you'll see that instead of opting for real time 3d, it used fake 'baked' pre-rendered environments. 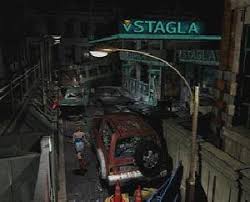 In Silent Hill however, the developers got more creative and instead opted to use Fog and Darkness to lower the visibility, limiting the polygons seen by the player. This not only helped mask the hardware limitations while still keeping a real time 3d environment for the player to explore, it also worked incredibly well for the game, creating a more 'scary' and 'gloomy' environment.

We can make do with what we have. Any excuse against current technological limitations, is just that - an excuse. Recounting game-changing technological innovations in the 21st century, only a few games actually uniquely utilized them: Alone, L.A. Noire, and various Wii games.

On the other hand, great games that was considered innovative (along with lucrative sales), could have been done so even in more limited technological environments, such as Limbo, Braid, Journey and of course, Minecraft.

This post was originally available on my devblog.
ProgrammingProductionDesign
Get daily news, dev blogs, and stories from Game Developer straight to your inbox
Subscribe