The Nostalgic Gamer And An Industry That Indulges Them

The Nostalgic Gamer And An Industry That Indulges Them, nearly 20,000 listings for the retro console went up on eBay at double (sometimes triple) the original price.
Renisa Barnwell
Blogger
October 17, 2017

In September, Nintendo launched its mini SNES Classic Edition, and within minutes it soldout around the world. Within the same day, nearly 20,000 listings for the retro console went up on eBay at double (sometimes triple) the original price.

Good old Reggie FIls-Aime, the president of Nintendo of America, promises there are more handheld SNES Classics on the way, but there’s no word on a precise date beyond ‘in time for the holidays’. Nintendo, despite producing 10–20 times more SNES than the number of NES Classics made in 2016, severely underestimated demand.

It’s a shockingly obvious mistake for Nintendo to make. The ‘retro renaissance’ that’s bandied about in reviews of the Classic Edition is just two of many ‘r’s transforming the gaming industry today. It, along with remaster, reboot, and re-release, are used to describe a growing number of games longing for days gone past.

Nostalgia is the very foundation that Nintendo’s empire is built upon. Whether it’s Switch or Wii or GameCube, each console launch was supported by the same old cast of characters we’ve known and loved since 1985. Developers pad out game titles with Super Mario or Donkey Kong to ensure we all know what to expect.

Nintendo isn’t the only culprit

Game developers across platforms have fallen down the mineshaft of nostalgia, there to quarry the deposits of old games and characters. Reboots and remasters are the mainstay of the videogame. In place of completely new IP, we’re treated to Shadow of the Colossus, Skyrim Remastered, and the Crash Bandicoot N. Sane Trilogy. For those keeping an eye on the most recent releases, you know these are just a few examples from a long list of familiar titles.

This trend isn’t limited to the gaming industry, either. Star Wars fans eagerly await The Last Jedi to hit theaters — not to be confused with Star Trek, though Bradbury’s universe is making its own comeback with Bryan Fuller’s latest reimagining. Add to these titles the reboots we’ve seen in Miami Vice, Lethal Weapon, IT, Gilmour Girls, and Twin Peaks, and you start to understand it’s a systemic affliction across media.

Even supposedly ‘new’ content has a retro flavor. Think Netflix’s 80s-inspired Stranger Things, or Bruno Mars’ R&B-funk revival album, 24K Magic. Or, as we learn more about custom skins, even the latest Xbox One and PlayStation skins covering up old consoles come in retro-chic mahogany, zebra wood, and concrete. 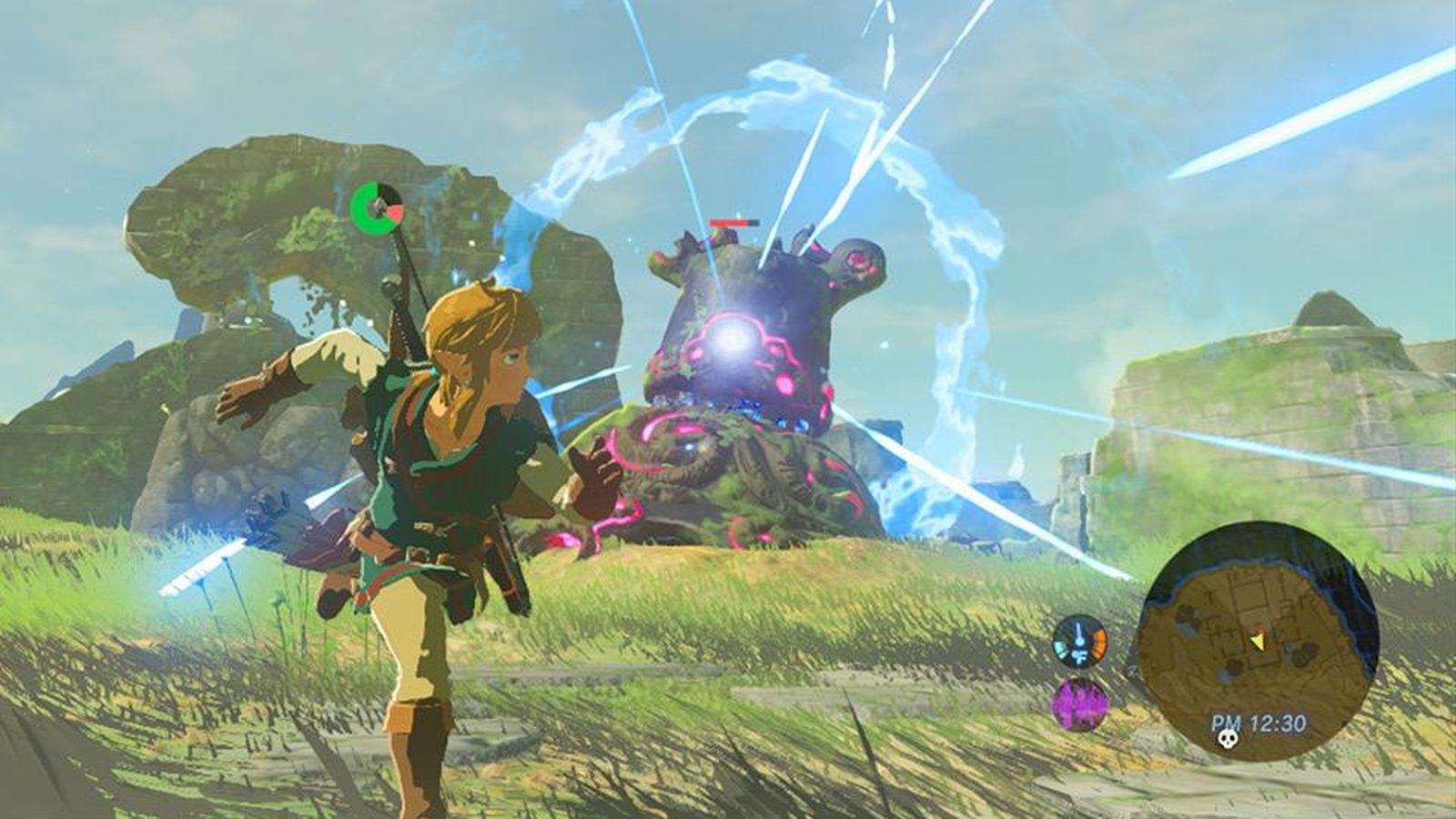 Nostalgia marketing is at its most effective in the gaming world

Yearning for the good old days isn’t just a preoccupation of a generation, but a valuable marketing technique. Nostalgia marketing taps into the cultural shorthand of the past and puts a modern spin on it. By exploiting our positive sense memories of our childhood, brands hope to link these feelings to current products or campaigns. It’s a technique used in ads for the food we eat, the tv shows we watch, and the clothes we wear, but it’s at its most effective in the gaming world.

A psychology professor at North Dakota State University, Clay Routledge, claims there’s a reason for that. His studies suggest the act of gaming— or dropping yourself into an immersive world where you play as your character — develops more personal ties than any other media.

Unlike books or tv shows, where you watch or imagine the protagonist save the day, when you recall saving Zelda from Ganon in Link to the Past, it’s memories of You-As-Link that did all the heavy sword lifting, not some distant hero.

Time is a factor: quantity and quality of memories strengthen nostalgic bonds

There’s also something to be said about the length of time you spend playing video games. They’re a significant time commitment that not even the biggest Netflix series can compete with. Sure, binge-watching Stranger Things will take up most of a day (or 6 hours and 40 minutes, to be precise), but playing Link to the Past to it’s completion could take 18 hours (or more, if you’d rather take it slow).

With every hour you spend navigating these worlds, another tether to the game wraps itself around your feels. It’s happening at the same time as when your growing brain is rapidly developing plastic neural pathways, so your memory associations of the game are stronger.

As a child, you had enough time to invest a significant part of your day to these games. As an adult, your responsibilities make it harder to put in as many hours in front of the screen. When you’re busy working or raising a family, you can’t make the same emotional ties to new games with as much ease as you did in your childhood.

Booting up an SNES Classis Edition for an hour offers a lot more emotional payoff then starting a brand-new campaign in an entirely unfamiliar game. Now that adult gamers are less likely to create the same strength of connections to new IP, they’re returning to old titles that can inspire fond feelings of the past.

Does it a signal an end to IP as we know it?

That’s not say new IP isn’t valued, that older gamers can’t enjoy them, or that developers are focusing solely on rehashing old material. The year-long breakup between Konami and Hideo Kojima resulted in the cancellation of a ninth (ninth!) installment of Silent Hill and the promise of Dead Stranding, an exciting new IP that could shake up everything we know about war games.

Kojima is an exception to the rule. Otherwise, nostalgia is a force within the community that developers can’t ignore. As Nintendo has proven with its Classic Editions, retro gaming guarantees a sale, while new IP can be risky. Until Millennial gamers age out, and another cohort of gamers without these emotional ties to older games fill their place, we’ll see a continued retro-fying of our favorite games.

At a time when the public’s obsessed with the past, it’s easy money for developers to pray on our memories. How long this trend will endure is harder to determine. We already know it will last long enough for us to see a mini N64 Classic Edition, but where will it end? All we can hope is that is fizzles out somewhere between the N64 and Game Cube.