The Growth of Online Gaming in India – A Walkthrough

Online gaming market in India is currently in the limelight as the country is moving in the right direction with steady growth in consumption volumes.
Ajeet Singh
Blogger
December 19, 2017

Online gaming market in India is currently in the limelight as the country is moving in the right direction with steady growth in consumption volumes. The market is expected to grow further in the coming years with the surge in Internet penetration rate, enhanced online engagement and improved gaming technologies. 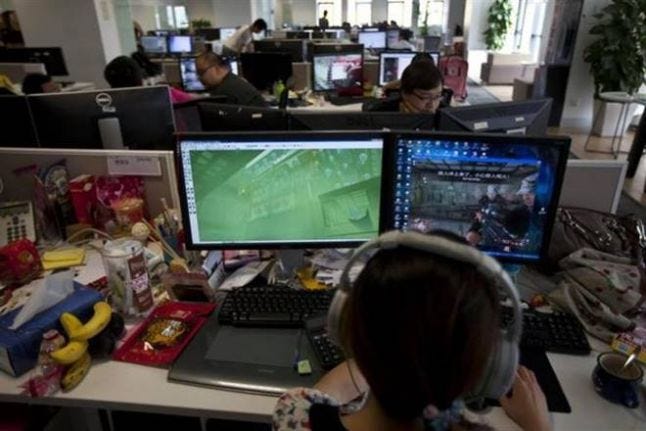 Looking into the current trends, there are certain things that we can expect in the future of online gaming in India. Here is a walk-through of the industry’s history and future.

The early 2000s witnessed a steady rise of online games through the popularity of consoles and desktop computers. The games back then where accessible only to a very limited segment of people as the devices were not very affordable. However, it had accentuated the potential growth of online games in India.

The rising popularity of social media had introduced online gaming experience to a larger audience. The online community at that time was also exploding as more people gained access to the Internet. According to a report from TRAI, by 2009, 23% of the users accessed the Internet from their home, 37% from cyber cafes and the rest 30% from office.

The global gaming companies dominated online games during this period. However, from 2005 to 2010, the local game development companies started to establish and grow. Indian-centric games like Rummy and Teen Patti were introduced to the online space during this era. This had set a new trend in the online gaming industry as people preferred to play games like online Rummy and Teen Patti to other social games like Farmville and Mafia Wars.

Smartphones started to replace feature phones and became the daily driver of people by 2010. This had opened a strategic window of opportunity for the Indian game development companies to make a move.

The Indian game development companies found new pastures on mobile platforms and followed the same strategy that was fruitful in the online gaming industry – to create Indian centric games. This paved the way to the success of online card games, specifically Rummy and Teen Patti.

Indian-centric Card Games: Traditionally, Rummy, Teen Patti and poker have always been popular card games which are widely played during festivals and other household events. Many game development companies in India have leveraged this opportunity to create online games for the millions of card game enthusiasts. Many companies have also localized the games into regional languages like Hindi, Gujarati and Tamil.

Given the current growth trends, the online gaming industry in India is expected to grow into a billion-dollar market by 2021. We can expect to see a steady rise in the user volume and monetization of online games in the coming years.

Multiple factors decide the growth of online gaming industry in India. The growth and flexibility of digital payments are among them. According to a report from KMPG and Google, the digital payment users are expected to increase to ~300 Million by 2020.

The growth and availability of affordable technologies are also expected to increase exponentially in the coming years. Accessible technology including VR headsets is believed to enhance the online gaming experience. The report also states that the users who use the Internet in local languages are expected to rise to ~540 Million by 2021. Therefore, creating localized gaming content and themes for the Indian audience could be the key to success for the gaming industry.

With further growth in the technology like Virtual Reality (VR), Augmented Reality (AR), Artificial Intelligence (AI), modular technology and cloud-based architecture, we can expect enhanced and high-quality games in the coming future that could revolutionize the Indian gaming industry.