Fans are in arms with the new Dungeon Keeper F2P game. Despite this reaction, the game is performing on the top grossing charts. F2P expert Levy looks at the forces driving DK backlash, and what if anything this means for the future of F2P games at EA.
Ethan Levy
Blogger
February 10, 2014

EA is in a unique position as games publisher with a deep history. Between internally created games and a long history of acquisitions including Origin, Bullfrog, Maxis, Westwood, DICE, BioWare/Pandemic, Mythic and Criterion (just to name a few), the company holds the reins on any number of classic game brands.  Like few competitors, any time EA wishes to develop a new game for a given genre or platform, there exists at minimum one IP that can be leveraged as opposed to developing a new brand. Browser-based strategy MMO? Games have been made using both Ultima and Command & Conquer settings. Casual city building game? Sim City is a natural choice, but so are Populous, Theme Park and Theme Hospital. Mobile based infinite runner? Mirror’s Edge, SSX and even Burnout would get the job done. Any time a new category breaks and EA feels the desire to be competitive, there is a reasonable case to be made for taking an existing brand and using it to build hype and awareness in the ever heightening competition for player’s attention and dollars. 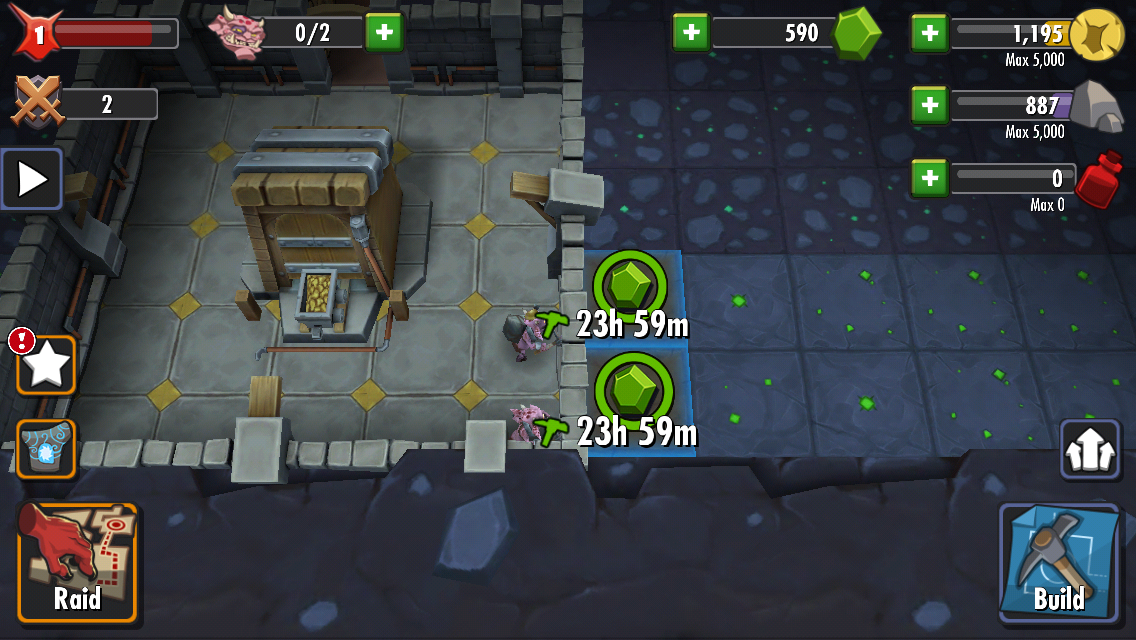 EA is the company the internet loves to hate. It is the two time winner of Consumerist’s Worst Company In America. It has made its share of public mistakes as well as releasing its share of incredible games. Over the years, the company has used its stable of intellectual properties in a variety of ways. Although there is always some backlash, the recent release of Dungeon Keeper on iOS and Android has been met with an unprecedented wave of hatred.

Not counting mainline releases like the troubled launch of Sim City or the ongoing issues with Battlefield 4, the vitriol surrounding Dungeon Keeper is truly unique. On mobile, EA has launched F2P games using both Ultima and Dragon Age branding to much less fanfare. On social networks, the backlash after releasing F2P Dragon Age Legends (disclosure note: I was the producer of this title) was minimal compared to the current DK scandal. Syndicate’s reboot as a first person shooter was met mainly with a shrugging of shoulders. Browser based Ultima and Command & Conquer games largely flew under the radar. I’m willing to bet that many fans of the original Theme Park and Populous games are unaware that updated versions are available on the Nintendo DS. 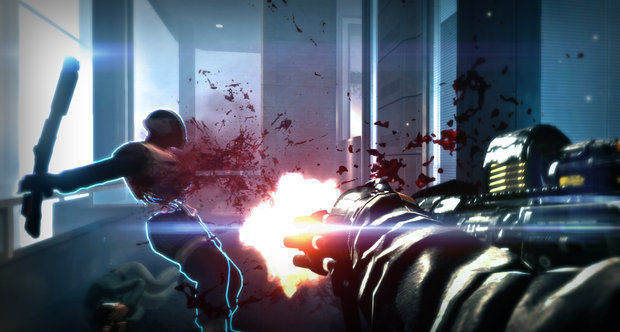 As a monetization design consultant, I play a lot of F2P games. After a few days spent with Dungeon Keeper, I can safely say two things. The first is that the game is a highly polished Clash of Clans competitor with slick UI, high production values and very little innovation (in the first few days of play) to tempt players like me burnt out on CoC style games. After playing at least 10 short sessions a day for the past few days, the only feature that gives me a sense of newness are the event raids that I did not dig into. The second thing I can say is that if this game was called Spirit Sovereign and released by Just Another Bay Area Startup (or even Glu Mobile or Gameloft), none of the major gaming sites or forums would be discussing it. The most noteworthy aspect of the game for those who consider being a gamer as a core pillar of their personality is the name.

One reason that DK is experiencing such strong backlash is that fans of the game have been starved of a release in the series for years. There are only 2 DK games and no true competitors or spiritual successors. Compare that to Ultima which has seen 9 mainline releases, the Underworld spin-offs, 16 years and counting of Ultima Online and Lords of Ultima before the F2P Ultima Forever was released on iOS and Android. I hypothesize that a F2P game released using the Road Rash, Privateer or System Shock names - none of which have seen releases since the late 90s - would induce a similar wailing and gnashing of teeth to the current uproar. Conversely, a F2P Command & Conquer game for mobile phones would be far less controversial for a series that has reached satiation with 8 mainline releases and a F2P browser game.

The second reason that DK is experiencing such strong backlash is because it was clearly not designed to appeal first and foremost to fans of the classic game. This is readily apparent within minutes of downloading the game. After completing the tutorial, the natural instinct for an experienced player will be to survey the dungeon and try to dig their way to one of the alluring ore or gold mines tucked away in the corners of the map. This was my first attempted action and I was immediately confronted with a 24 hour timer to dig out a square. As a general champion of F2P, I have no issue with a 24 hour, appointment based action. However, the reason this wait antagonizes DK fans is that it takes one of the original’s most basic actions and transforms it into the embodiment of why core gamers hate F2P. 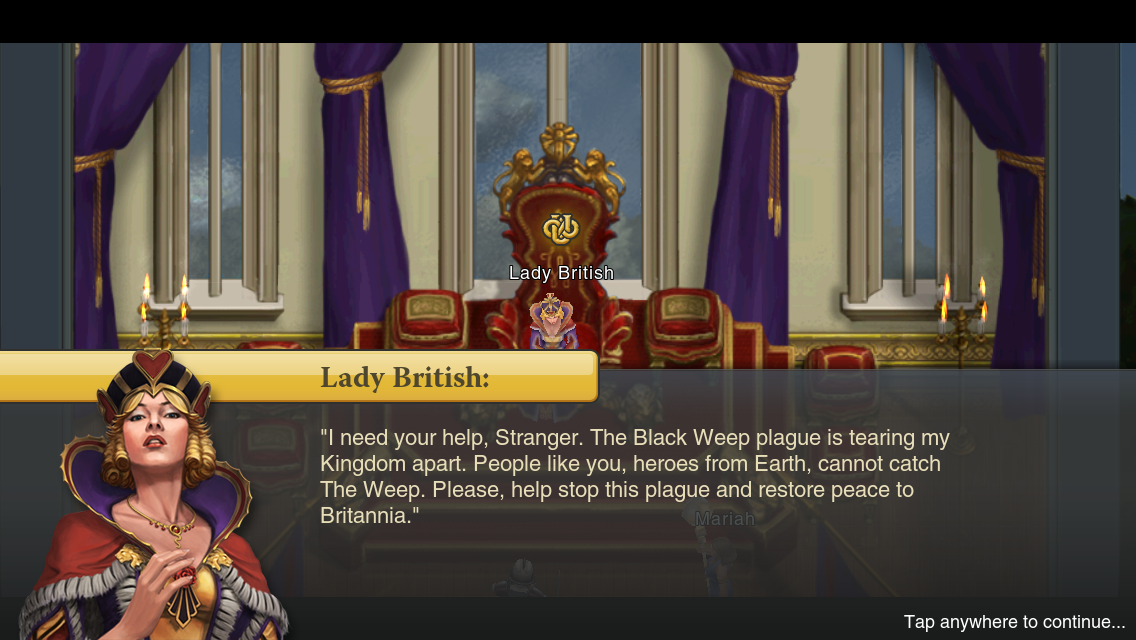 Contrast this with EA Mythic’s previous mobile release, Ultima Forever, which feels much more as though it was built to appeal to fans of the original series. Playing the mobile Ultima for even 15 minutes will make it clear that the game wishes it was on a PC. In a revealing interview about the game’s long history on Kotaku, the game’s producers explain that over Ultima’s tortured history “it was going to be made for Netbooks, then for Facebook. It was going to be a PC browser game, then it was going to be downloadable.” Strip out the F2P elements and the official Ultima branding, and the game would have done a killing as a throwback PC game on Kickstarter followed by a lucrative pre-launch on Steam Early Access. 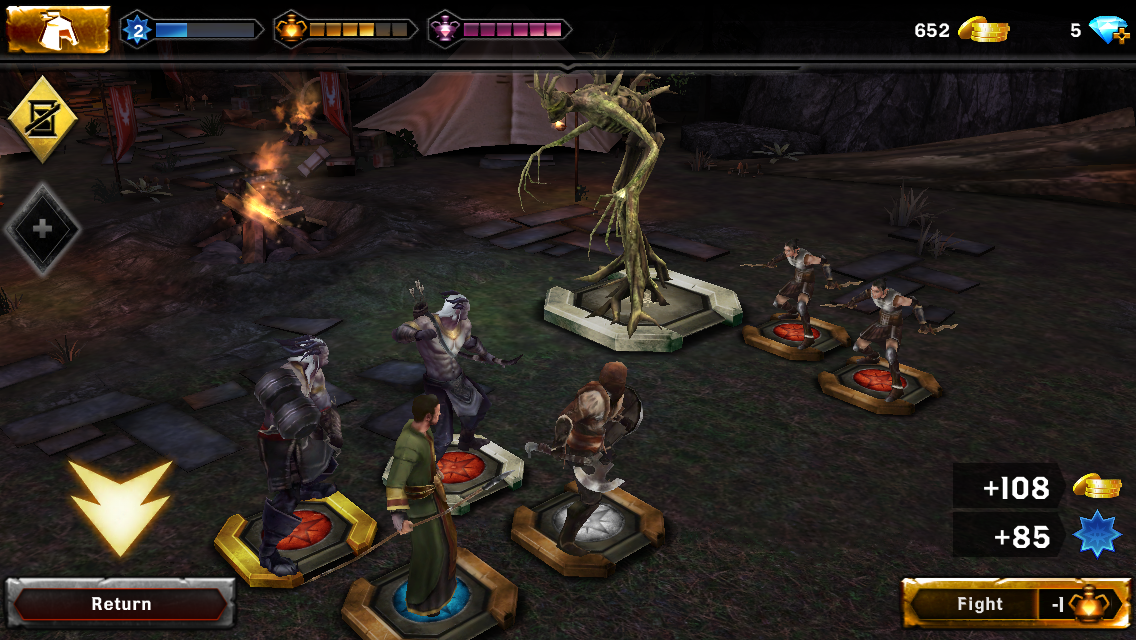 But the hoopla surrounding Dungeon Keeper on mobile will subside as the gaming public finds some new outrage. Divorced from the reaction from gamers on the internet, DK is performing much stronger financially than the more traditional Ultima Forever. In the first 10 days of launch, Ultima did not crack the US top 200 grossing chart on either iPhone or iPad (according to App Annie). In the same time period, DK has enjoyed a median top grossing position of 156 on the iPhone and 81 on the iPad. This is a significant improvement for Mythic’s F2P outings (yet not as strong as Heroes of Dragon Age’s median top grossing positions of 34.5 on iPhone and 33 on iPad).

To corporate ears, players speak much louder with their wallets than their Reddit posts. Given the improved performance of Dungeon Keeper and the strong performance of Heroes of Dragon Age (earning it 3 mentions by new CEO Andrew Wilson in the most recent quarterly earnings call) we can expect more F2P mobile games based off brands both current and classic. And with those classic games, the longer it has been since a game has been released in the series the more outrage we can expect to see garnering headlines across the internet.