You see a lot of slides at GDC. These are the best ones from the sessions I attended.
Chris Zukowski
Blogger
March 25, 2019

It’s numbing how many slides you see at GDC. Most blow over you like a late afternoon breeze. However there were some that made me sit upright and hoist my phone in the air like some sort of modern-day Statue of Liberty so that I could bring you this image.

#1 Getting Your PC/Console Game Noticed: A Comprehensive How-To Guide 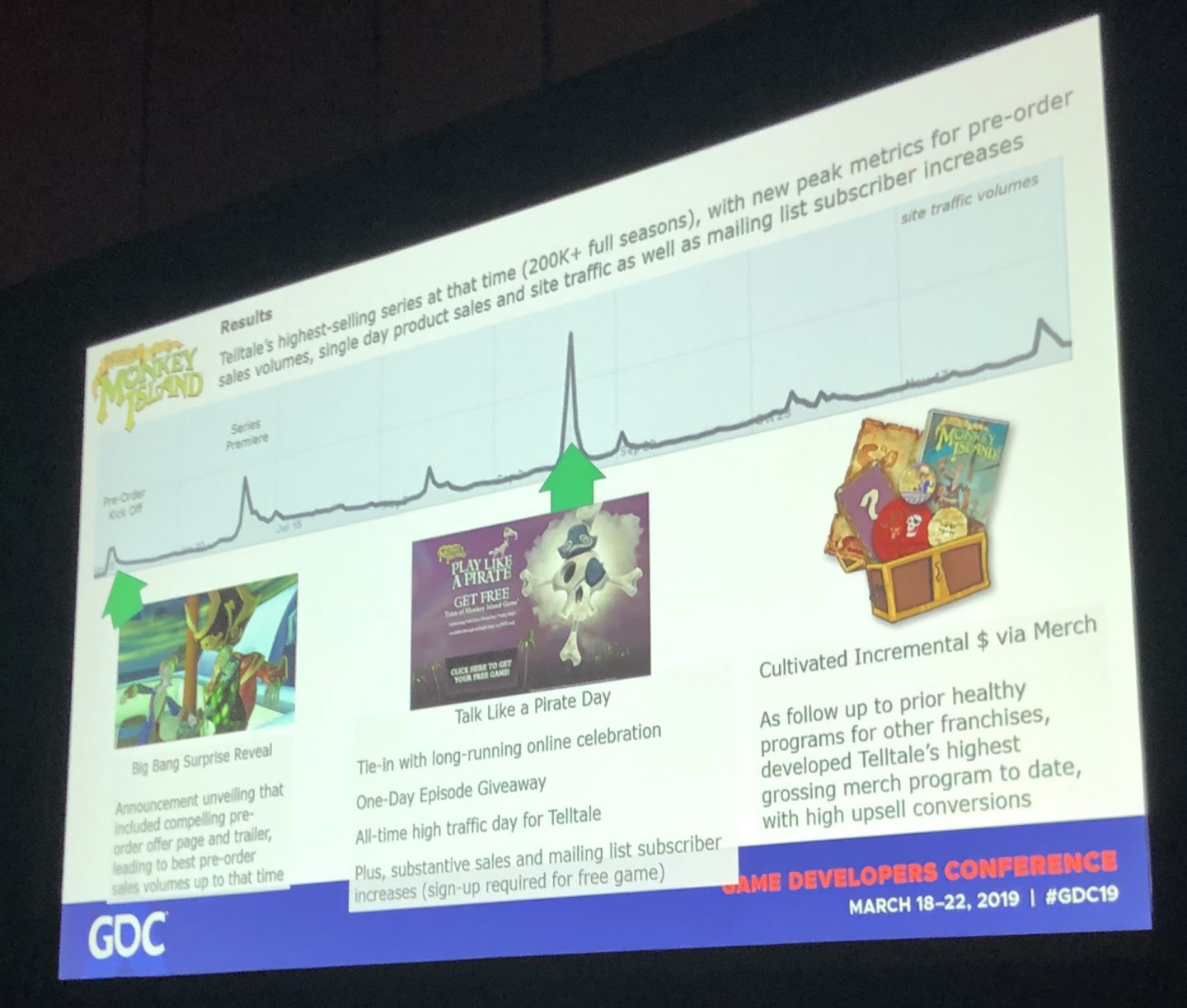 This chart maps the marketing effort of Telltale’s Monkey Series. You see that spike in the middle with the big green arrow? That was when the marketing team gave Episode 1 away for free in exchange for an email address. This was huge! There should have been a whole talk about that one spike. But the speaker barely mentioned it. Essentially they built their mailing list with a lead-magnet. Very effective and you can do this too. For more information about how to do this see #4 of this blog post.

#2 Getting Your PC/Console Game Noticed: A Comprehensive How-To Guide

Look at this super simple landing page for Kingdoms and Castles. I love it because it has such a clear Call-To-Action. There is good placement for the email list signup too but there is no lead magnet.ÂÂÂÂÂ 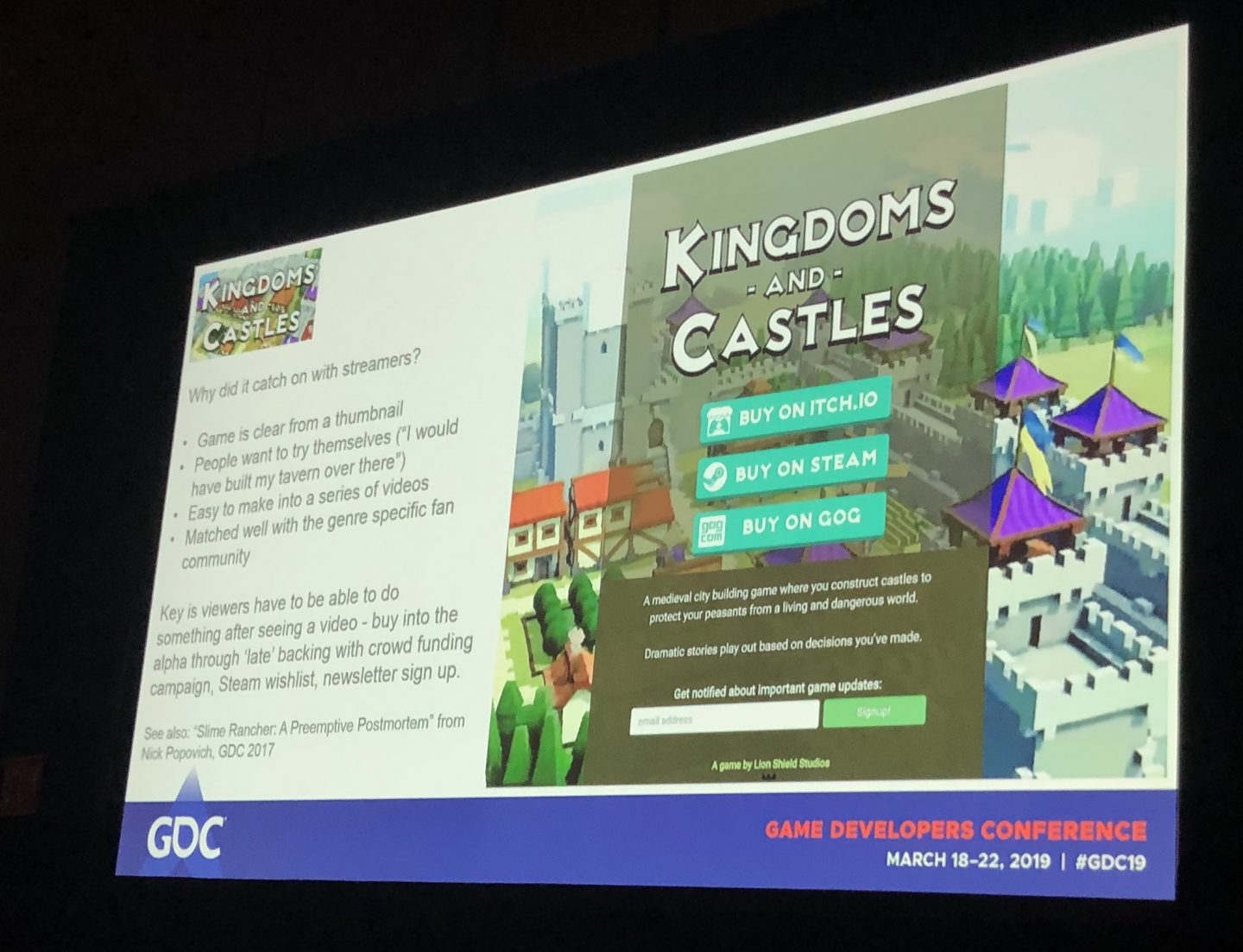 #3 No Time, No Budget, No Problem, Finishing the First Tree

This is the list David Wehle uses the day of his launch. It is a very inspiring todo list. I particularly like [email protected] Didn’t know about that one. 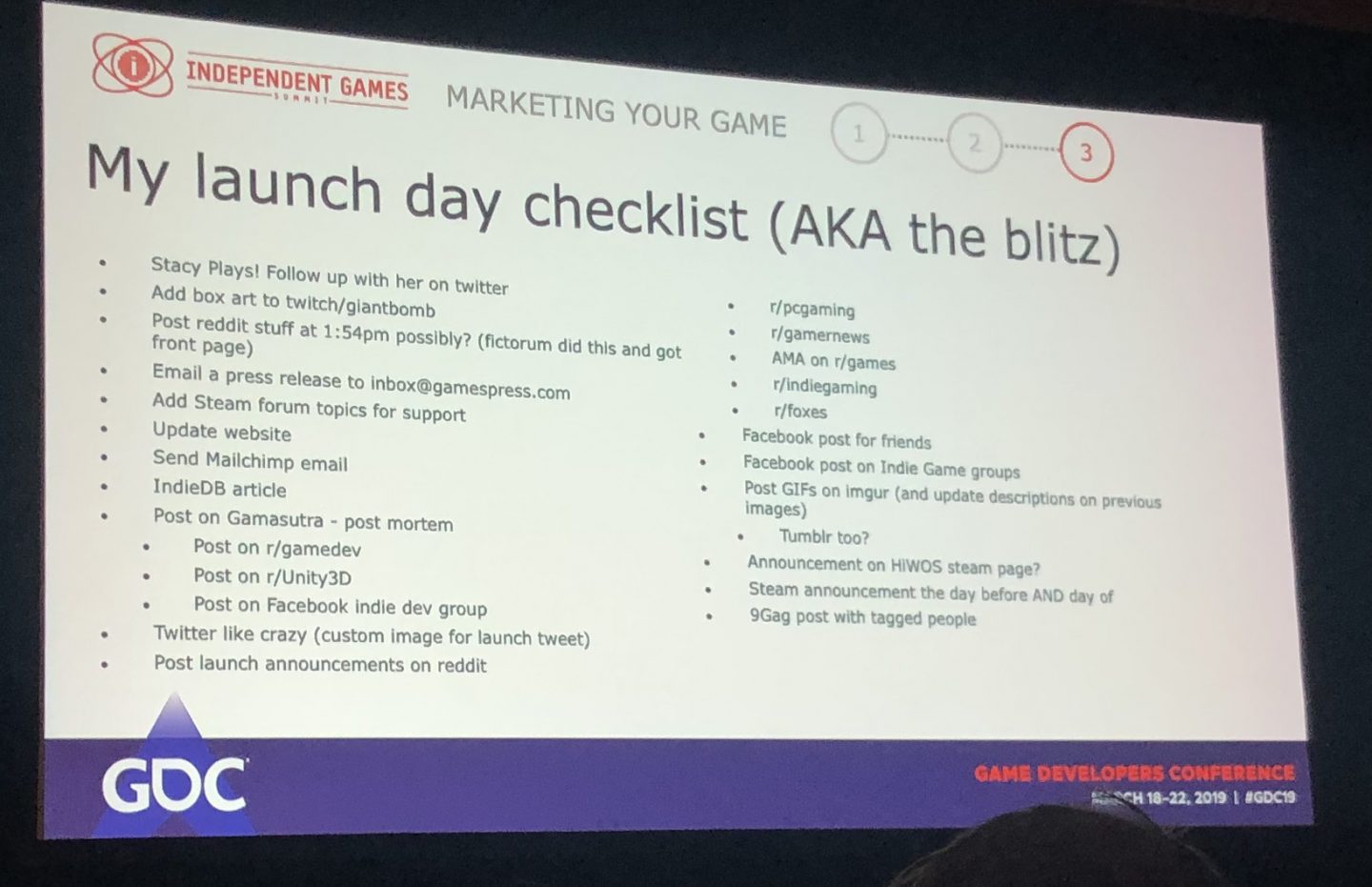 #4 Put your name on your game

This X axis is the number of games released by all studios found on MobyGames. This chart was meant to inspire you to put your name in your game because more than likely your studio will only release 1 game – so who cares about studio name? However, what I got from this is that if you just release 3 games you are light years ahead of everyone else in this damn industry. So release another game. 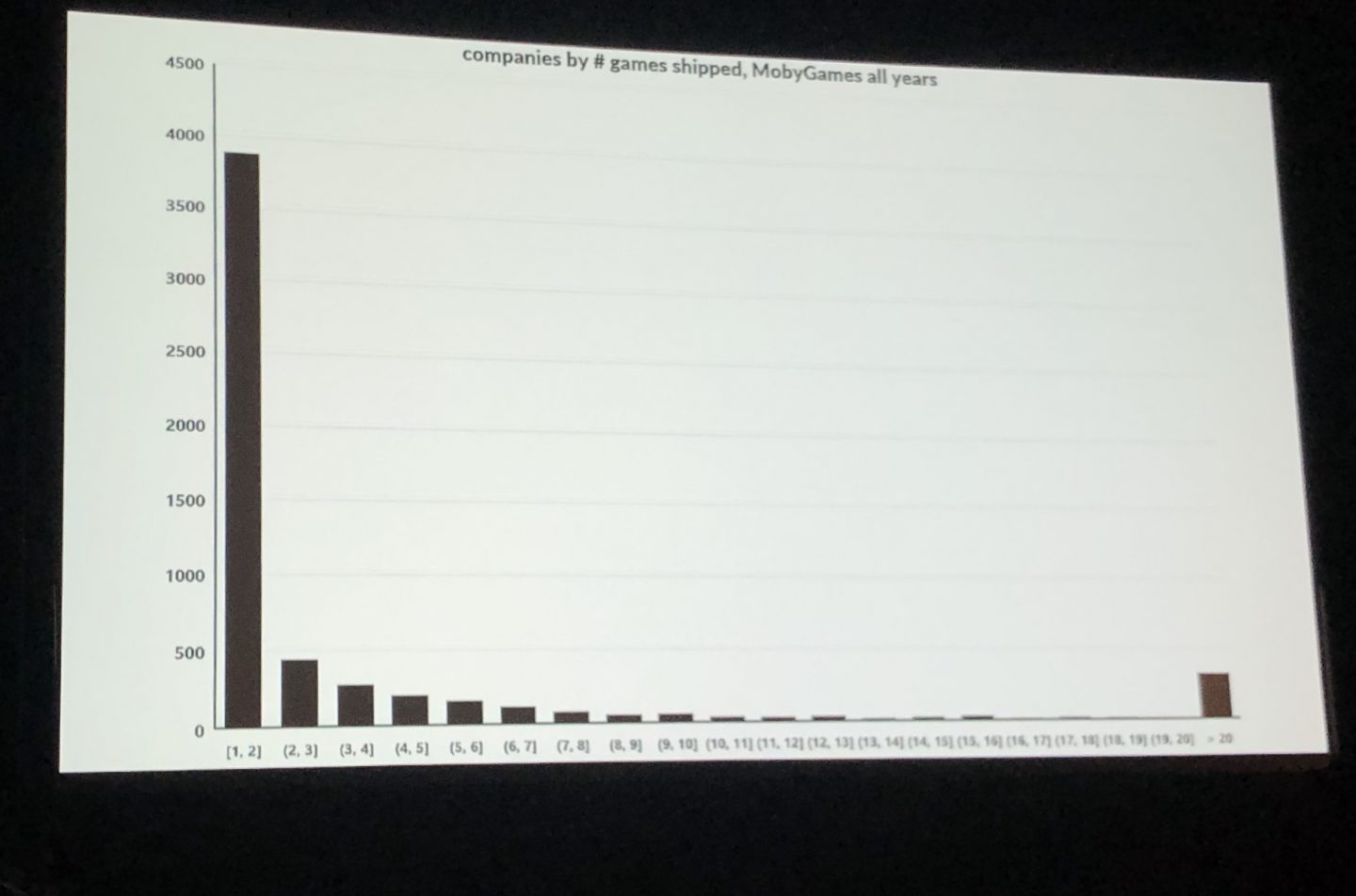 #4 Decorticating ‘Dead Cells’: A Business and Marketing Deep DiveWhen Dead Cells developer Motion Twin was researching their competition they made this chart. I thought it was cool but I would have added a column to list what tags each game used. 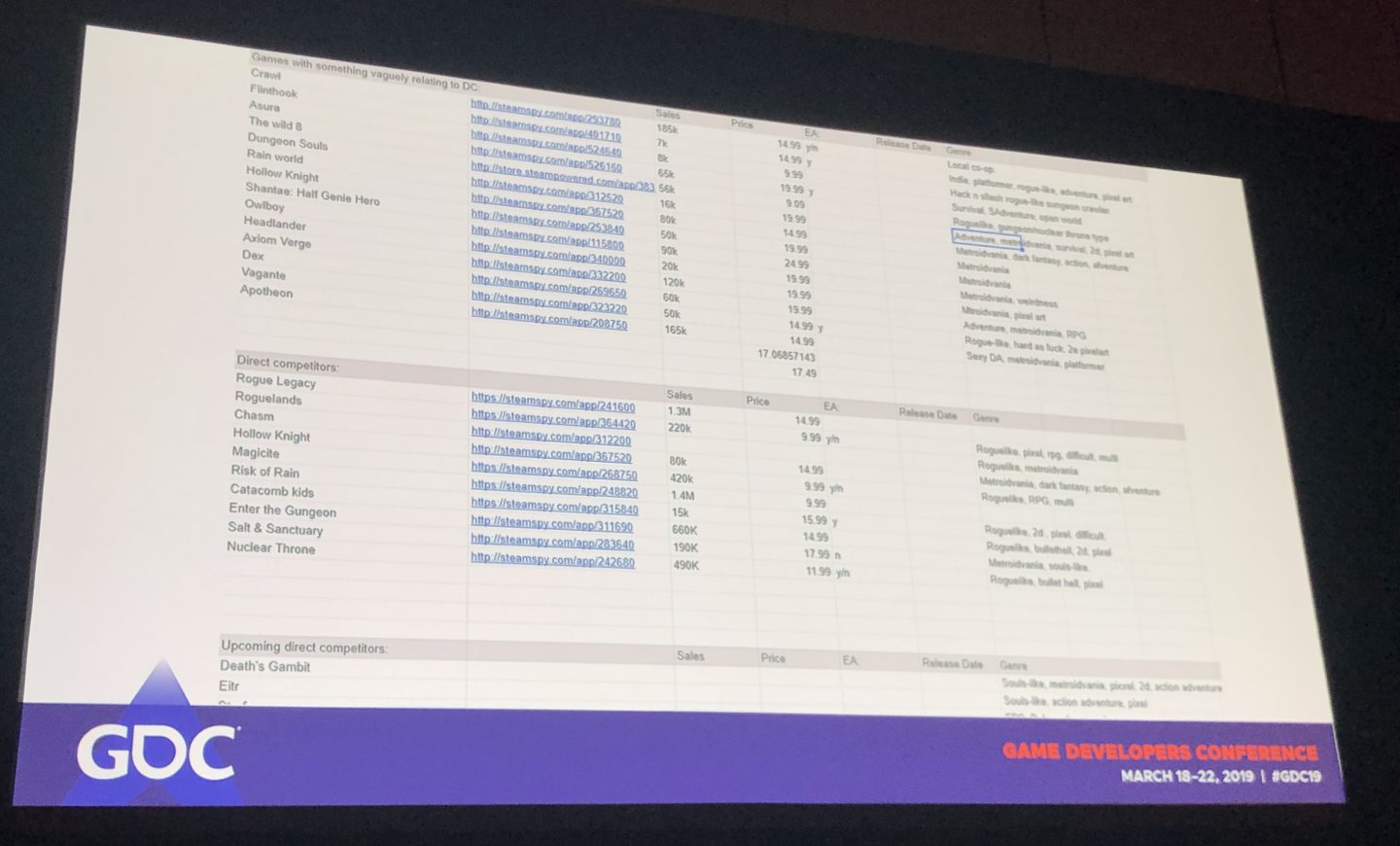 #5 2014 vs. 2018: The Shape of Financial Success Before and After the Indiepocalypse

Ok yes this is 2 slides but Jason broke it up in a weird way so I had to do both. If you see, by the 2nd month the 2018 game went much much higher than the 2014 game. We are living in a world where launch day is not such a make-or-break experience. 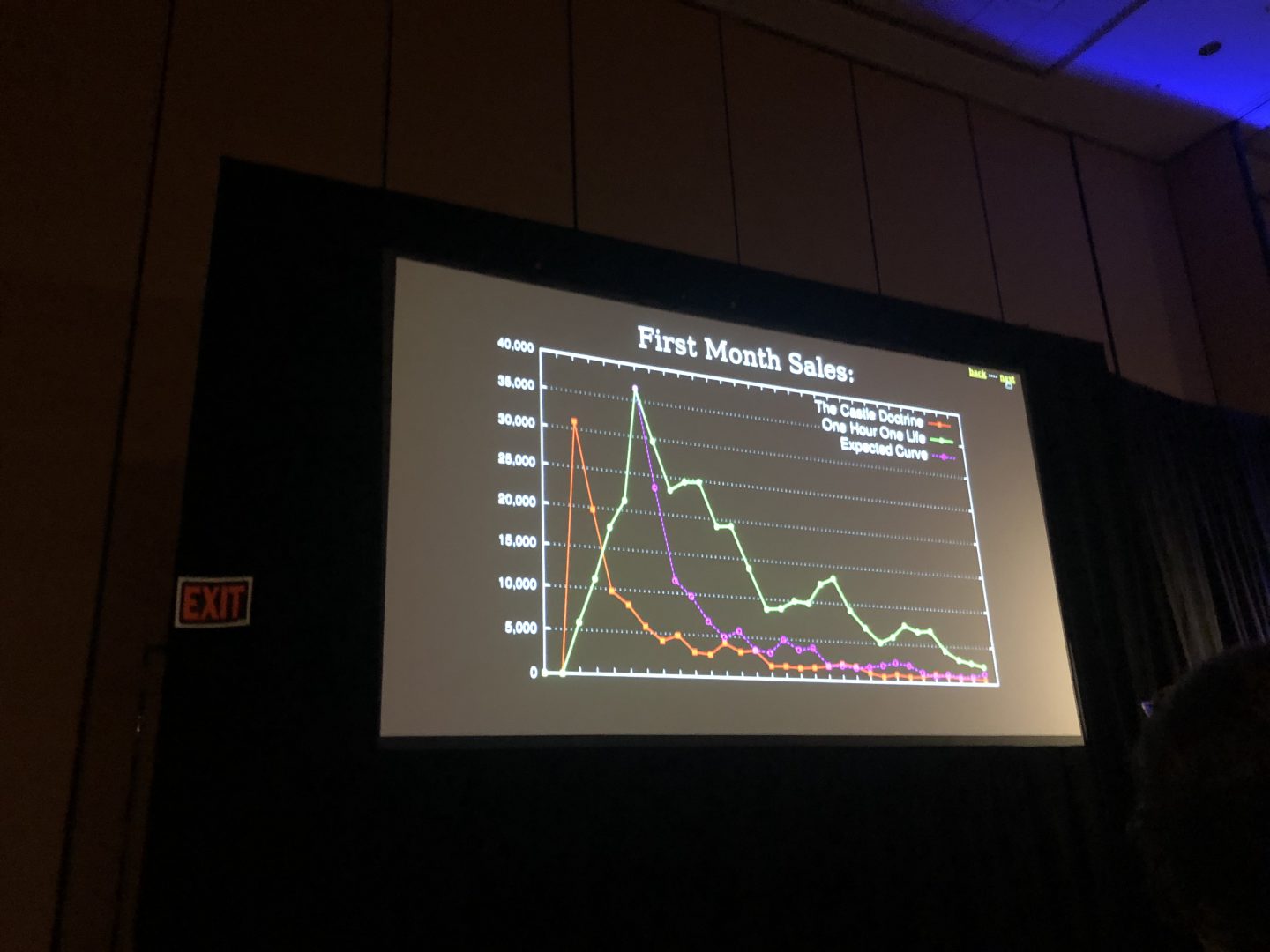 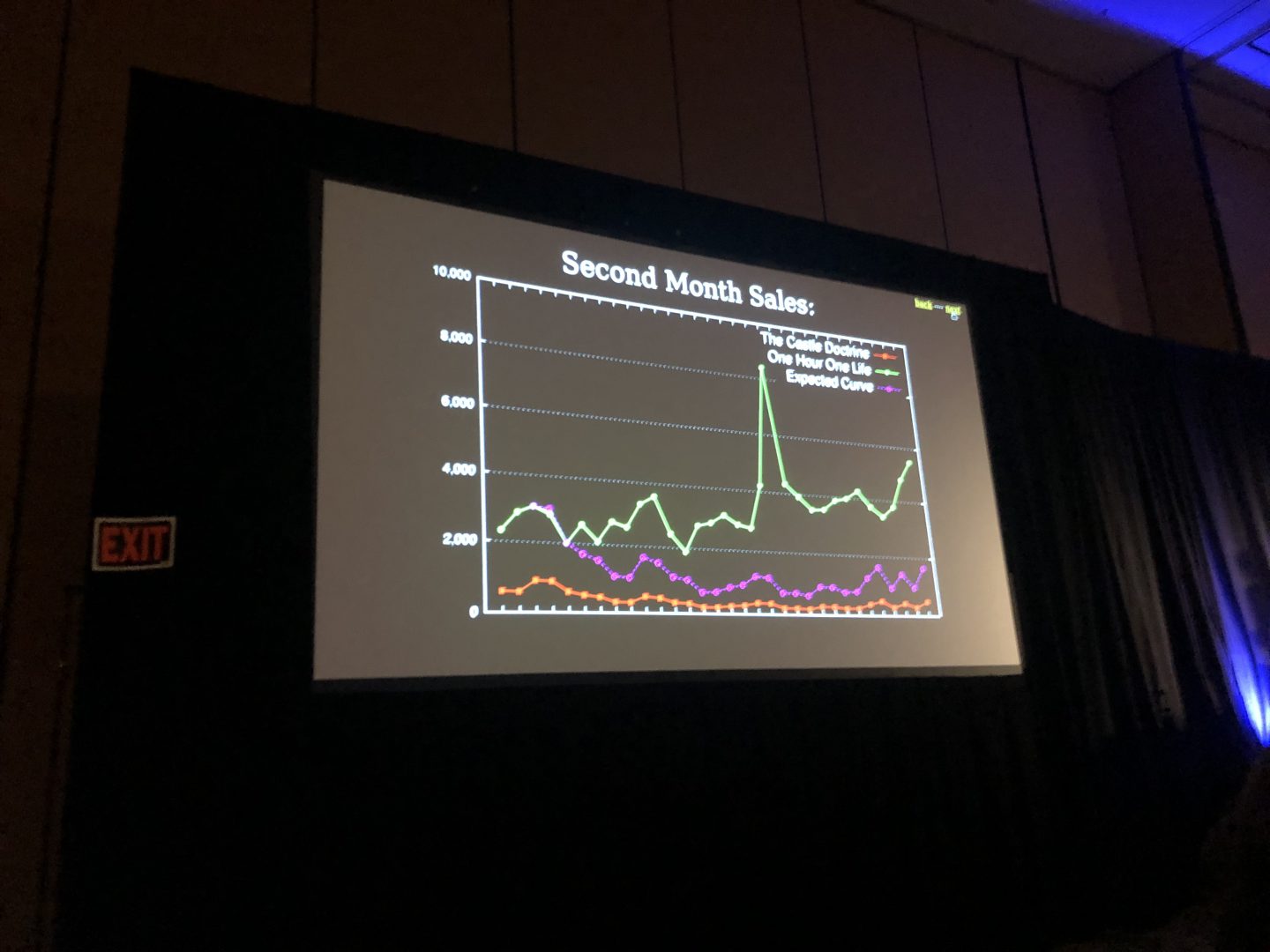 #5 Platforms Are People Too: The Importance of Finding Your Champion

When you are marketing a game to a platform like Sony or Steam it is important to understand how the company works behind the scenes. Turns out there are 2 separate departments that actually work together to decide what games to promote. Promotion teams are all about the store and marketing and the Content team is all about evaluating which games are good and worth investing in. You need to talk to both teams. 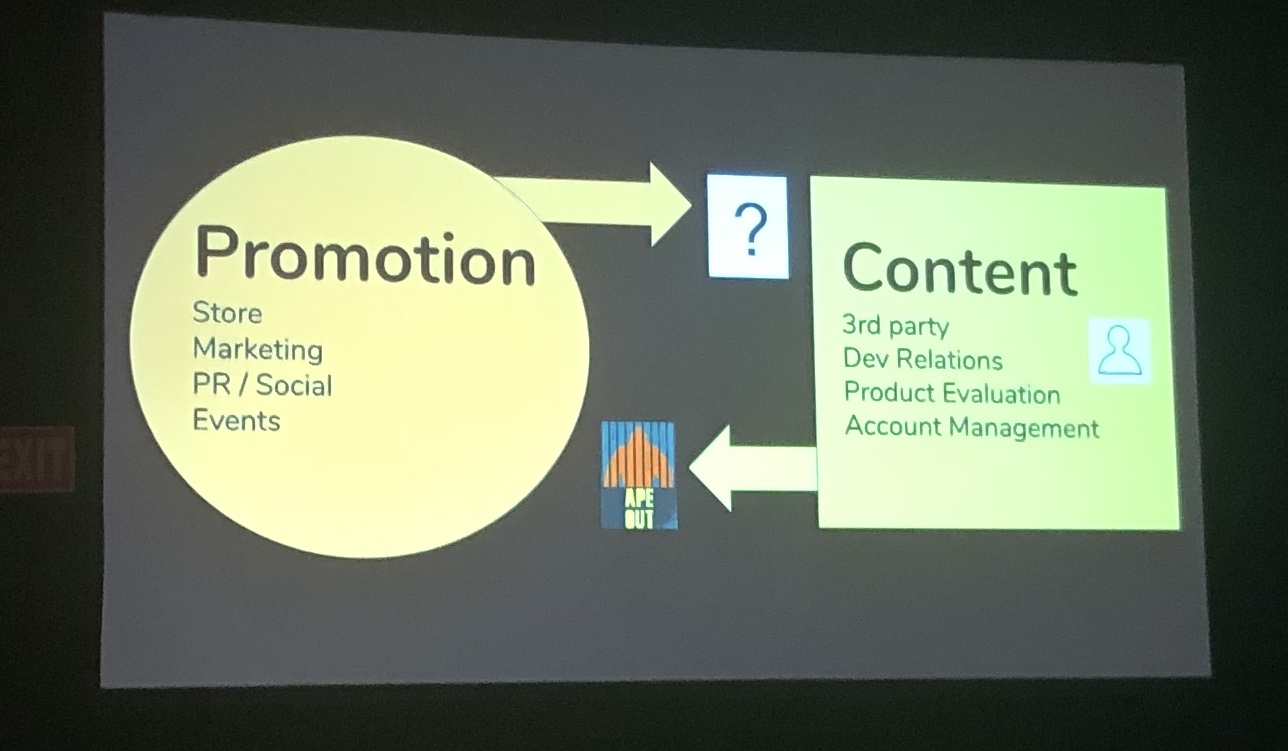