Being new to mobile development I had to learn a lot about submitting apps to Google Play and the Apple App Store. Getting things ready for submission caused a lot of headaches and overall I've found myself preferring Android.
Tony Yotes
Blogger
September 30, 2013 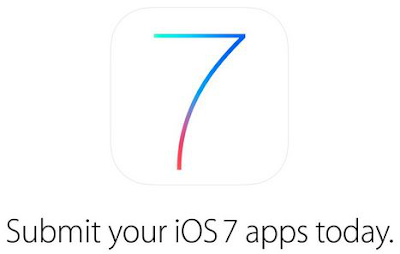 Being new to mobile development I had to learn a lot about submitting apps to Google Play and the Apple App Store. Getting things ready for submission caused a lot of headaches and overall I've found myself preferring Android. Unity helps a lot with the Apple side of things and just about everything else gets easier with practice.

I'm Self-Publishing on a small commercial scale. I'm running on a budget of zero really. For my first few games I'd be amazed if I made a few hundred dollars over the course of a year. What I'm really doing now is getting used to the process and making myself known before I give it my all and produce games I'm willing to risk everything on.

My first game was Fish Feaster, made exclusively for iOS, which (at the time) I thought would end up being the easiest and most profitable. I now hold Android in that place because by experience, the Android platform has been more convenient at every turn and research shows that Android's market inferiority is just a myth.

When submitting my first Android app TriGrid I ended up republishing it a few times during the launch week. Friends were finding bugs left & right with the In-App Purchasing and AdMob Banners. What made me love Google though, was how easy it was to upload patches. Just go to the Google Dev site and upload the new APK file and it'll be ready for all to see in a matter of hours. Doing this through iTunes Connect will take a week or two.

Apple does send emails when the status of a pending application changes but how long it takes really does vary. Once it took two days, another time it took three weeks. You just toss it out to the cloud and wait. Sometimes the app gets tossed back and you have to submit it again adding to the stressful experience of trying to get something, anything, out there before a deadline.

For someone with little experience, having a store that's easy to upload to makes a world of difference. Time spent fumbling with an API,confusing procedures, and mandatory provisions is time that could have been spent making more (and better) games and applications. I personally find this stuff the most frustrating to deal with because it's not even part of the game. The whole time I keep thinking "Why can't I just upload the file and be done with it?"

In a way, Google Play does that. When combined with the Unity engine, publishing becomes a breeze. Just change a few settings, set the game icons, give it a name and version number, then build. All that's left afterwards is to upload the file Unity created. To do so for iTunes Connect you'll need to have a Mac and send your project file to it. After rebuilding on he Mac the folder the build creates needs to be opened, compiled, archived, validated, and submitted to the App Store, assuming you have all the proper provisions in place and have an app profile waiting to receive the upload.

Overall I've just had a much better time working with Google Play and Android. It's what I recommend to my friends when they ask which is better to start with or make games for. It's the sheer convenience and trust Google provides developers that makes it such a dream developing mobile games. It eliminates one of the most annoying parts of development and makes the process of "Make a game then put it out there" possible.