Hi all, if you’re not heard of us or our game, we’re Spooky Doorway, a trio of Irish devs, and we made a serial adventure game called The Darkside Detective. We use the term serial to denote that the game is made up of a lot of individual stories in the same world with the same characters, like a sitcom. We don’t say episodic, as that suggests one big story told in parts and released over time. We dropped most of the season at once, with bonus cases coming afterwards. That’s a long explanation, eh? Anyway, we’re currently Kickstarting Season 2 and so we’ve been revisiting some of the design choices we made that and see if they still felt right for the second season. 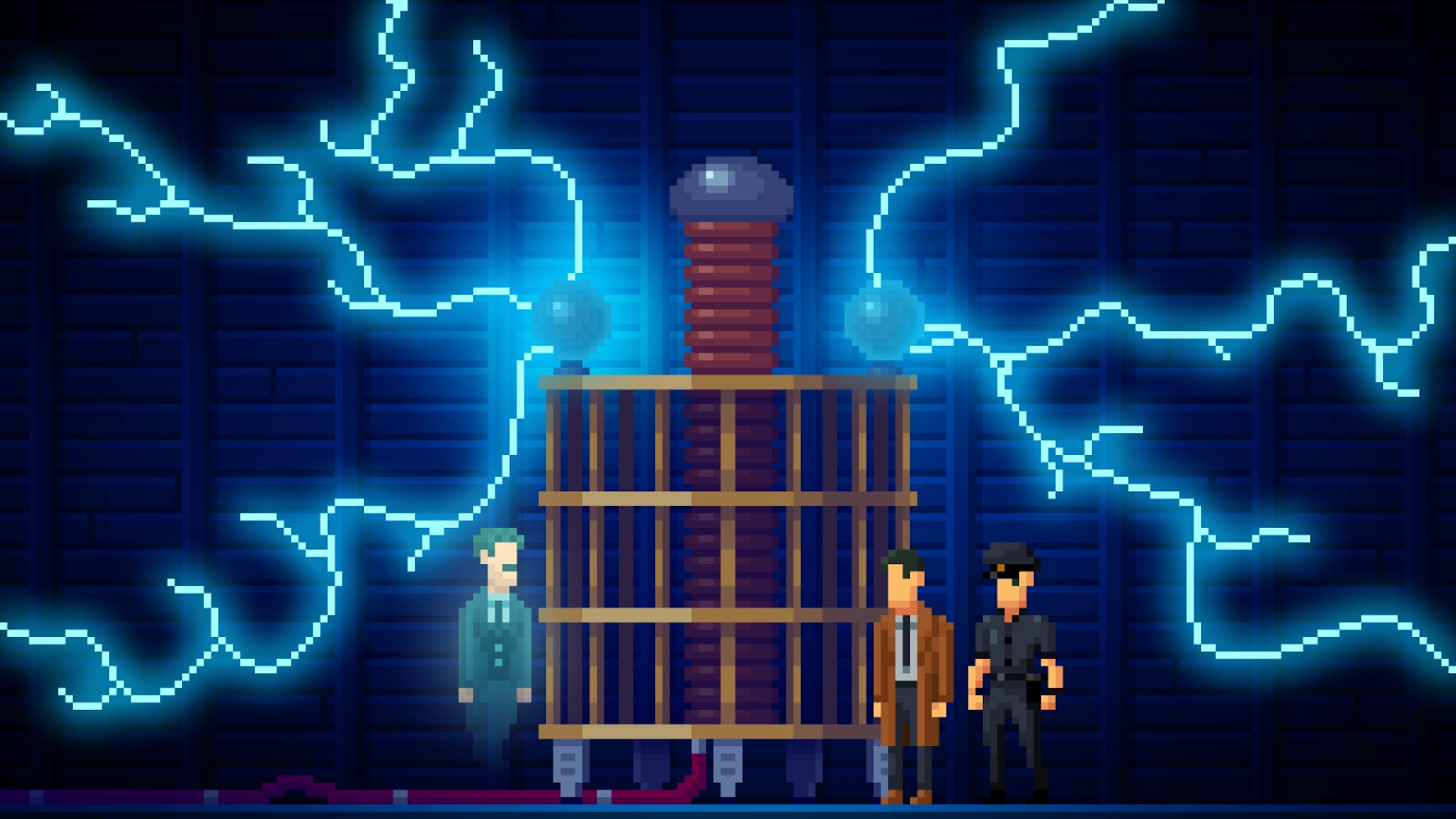 The Darkside Detective was born at a game jam in Ireland with the theme of ‘hidden worlds’. Our artist, Paul Conway, organised the event with our chum, Chris Colston, but they decided to make something themselves while they were there: a short, four-screen adventure game with a simple style and few animations.

It was rough around the edges, but Paul released it online and its scrappy charm resonated with those who played it. It was clear there was something to this happy accident. So Paul enlisted the help of Dave and Treasa McCabe, a writer and coder, respectively and together, designers, to turn it into a full game. We all met at a game developer retreat and wanted to work on something together. We sat down and thought about how to expand it into a full game.

Originally, we mulled over the idea of making The Darkside Detective a longer, non-episodic experience, but when we sat down and defined the core audience a lot of stuff really cleared up for us. The audience was us - middle-aged people who are too tired and busy for 100-hours of Skyrim. Sticking with the episodes made it more palatable, and it fit with the ‘90s television shows that inspired its creation.

“We found that the short 45ish minute cases were kind of perfect - you put your kid down at the end of the day, or whatever it is you do with your life, and you can just enjoy it,” Dave explains. 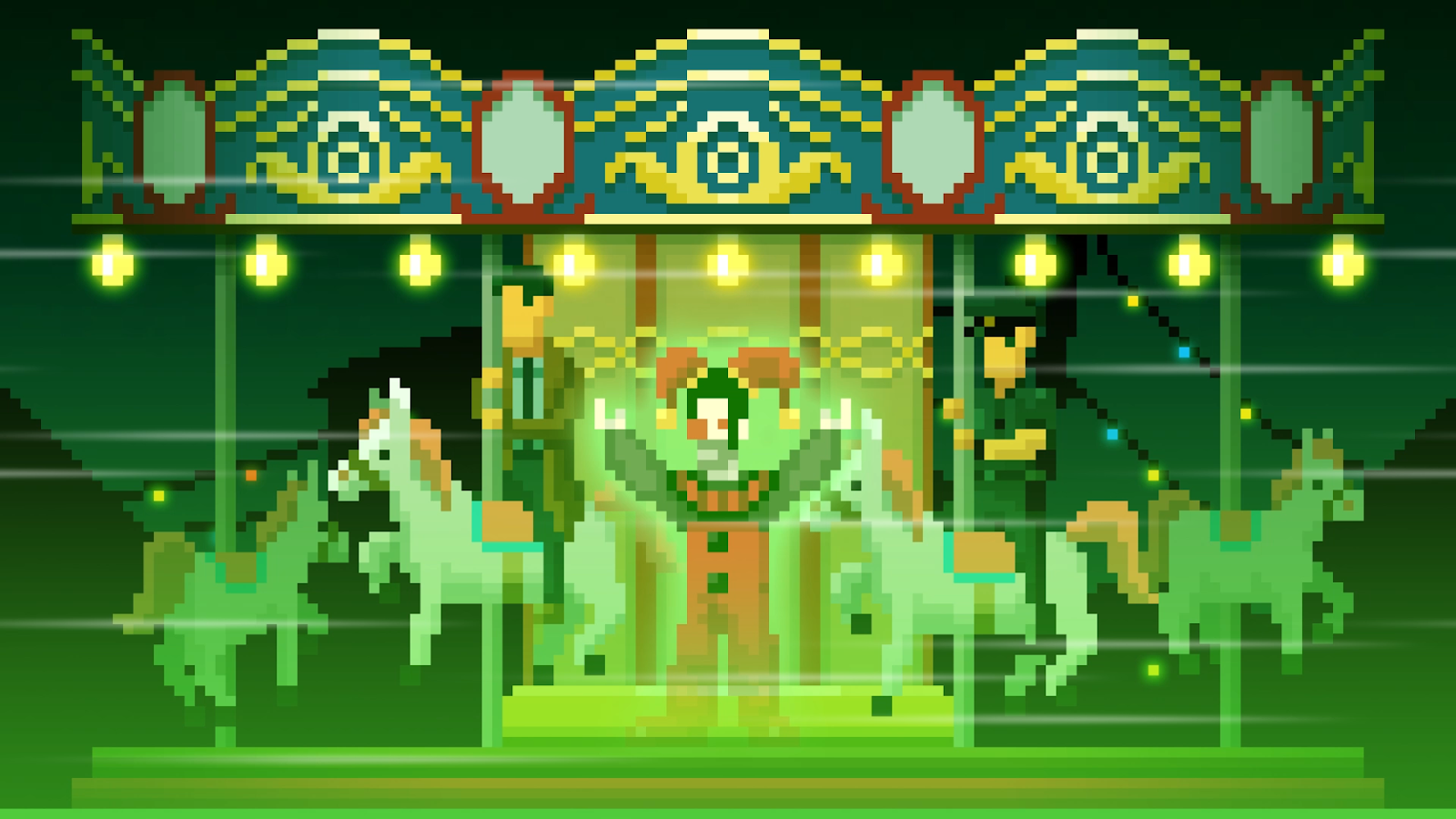 We planned out three seasons, each one a multi-part story but we quickly realised that the first season of these kind of shows are all ‘monster of the week’ episodes. Taking that tack let us show more of the world and a wider range of problems. It also asked less of the audience, no remembering what happened last episode, no ‘previously on’ and all that. The entire game was built with this accessibility, this convenience in mind.

“We stripped back the adventure game and boiled it down to the essentials,” Paul says. “For example, we tried walk animations, but it was all time wasting. We pulled it again and, honestly, people don’t even notice it - we’ve seen people get two cases into the game before they realise the characters aren’t walking around. Walking would have been several hours longer, but not in terms of content. It was padding that our audience didn't have time for.”

“Actually, now I get annoyed playing point and click games where you walk for five seconds just for it to go ‘It’s a chair’,” Treasa laughs.

Dialogue was kept fast, words-per-scene were restricted and nearly all of it is skippable. Even a VO test was abandoned as it made the game drag. Also, all of us had different voices for the characters in our heads.

Puzzles were fairly self-contained, ideally not going on for too long. We wanted each case to be completable in one sitting - the bus to work, in bed before sleep, that kind of thing. But life can get in the way of that. For us, far too many games have been abandoned as we end up taking a break for a few days and come back to an inventory full of stuff and no idea what you were doing with it. So, we watched people play and tried to keep the difficulty level such that it was a challenge to solve something, but not so hard that you jumped to a walkthrough. We’re still balancing that aspect, in truth. We made a list of puzzles seen in adventure games and marked off those we didn’t like - pixel hunting is gone, no dialogue puzzles, that kind of thing. Minigames were a way to break the mechanical pace and add a sense of reaching a milestone. Not everyone likes them, but we enjoy them. It reminds Dave of his favourite point-and-click, Space Quest v: The Spinal Mutation. It was full of that stuff. 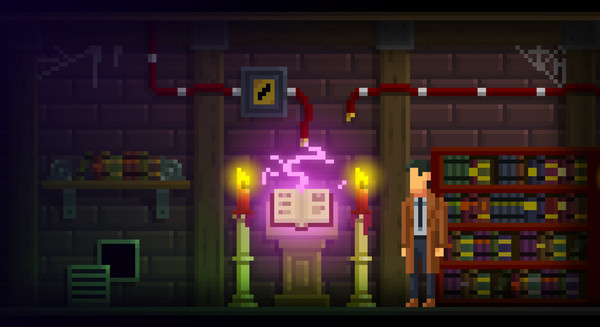 For the times you do end up being taken out of a case, Treasa implemented a save system that keeps track of all cases and updates constantly. She has refactored the game three times to make it more efficient and minimise load times in an engine not really designed for this type of game. It’s not a complex game in some ways, but it has so many variables, backgrounds, characters, sounds, etc, that there’s more going on under the hood than you might expect.

“We designed it for people like us, people who didn’t have time to play video games,” Treasa adds. “It’s sort of like a sitcom - you can just jump in and out when suits.”

Anyway, while some people miss walk-cycles, some want longer cases and others VO, overall people seem happy with the result. The game has reviewed well, both critically and, eh, whatever the word for non-critic reviews is and has built up enough of a following that we hope to make a second season. Will we make many changes to how we approach that season?

Nah. We’re pretty happy with the choices we made and will largely carry on the format for Season 2. We are planning a little something new to tie the stories together a little more - though nothing that breaks the points above. There are some minor UI and UX changes planned and some system improvements - Treasa’s been improving the dev tools along the way. We also want to include some more epic shots (See the castle below) so there’s that to look forward to! But largely, it’s not broken, so we’re not going to fix it. Which is great, we’re happy with our pipeline and our format, which allows us to focus on making content. That’s what we like and it’s what fans of the series want. Win win, all ‘round. 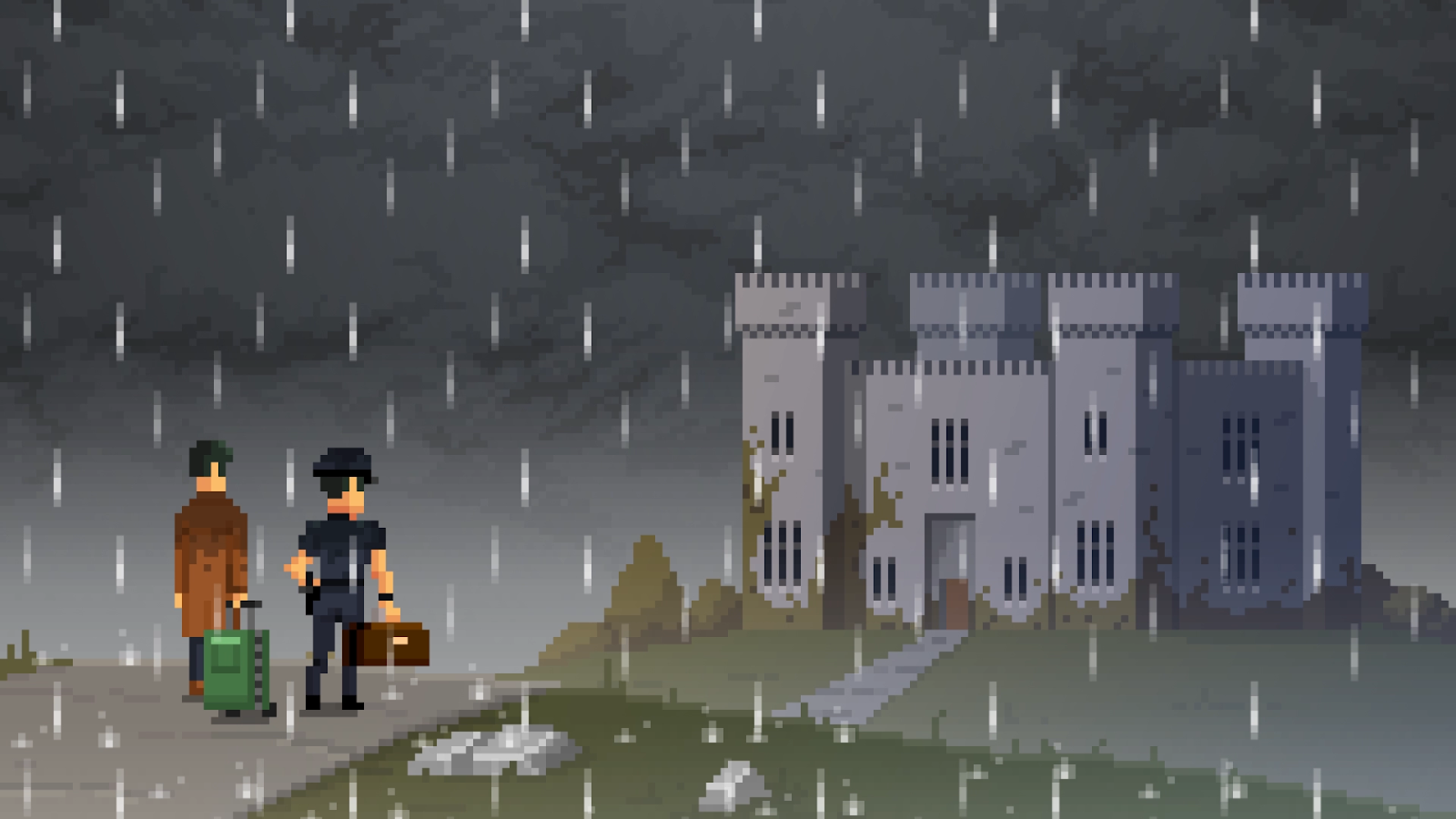 Hopefully, you found some use in how we used an audience-focused approach to design to nail down the kind of thing we were making. Of course, a lot of our audience aren’t tired 30-somethings - we’ve seen kids from 7 and 77 play the game. Aiming for one audience doesn’t exclude another, it just helps you to make something coherent. If you’re now interested in trying the game to see how it all turned out, it’s available on PC, Linux, Mac and Switch (with other platform ports underway) and the first 2 cases are available as a demo on http://darksidedetective.com/. And, if you want to help us make a second season, you can do so over on Kickstarter.

The Spooky Doorway crew,
Fist-fighting ghosts, so you don't have to.