Our experience as an inexperienced Game Studio: Chapter 1

This is the first post about life inside an indie game studio from Colombia. We talk about our challenges, our need to focus, all the hardships as well as all the good things that we go through as game developers.
Victor Albis
Blogger
December 01, 2014

OUR EXPERIENCE AS AN INEXPERIENCED GAME STUDIO

The year was 2014, summer time…After serving clients and having worked on a Mobile title for the past two years we finally had a product of our own, ready to go on the market. We expected our game to be a fun, different experience that the audiences 17+ would love based on its edgy humor. However, the reality was different. Many things that did not go through the way we expected, despite signs along the way, to which we just would not listen.
David Bergantino, our sensei, warned us several times about the risk of using such a daring game concept. Other game studios would also tell us that it was a bold move, but it could work…maybe.

Therefore, we stuck to that possibility.

However, it did not happen. The largest blow came when we submitted the App to a major mobile market for review. Their response was disheartening: Gameplay theme is objectionable. We obviously did not agree, but hey, it’ their market, their policies, so you stick to that if you want to stay. It is not a personal thing, just a regulation. Fair enough. 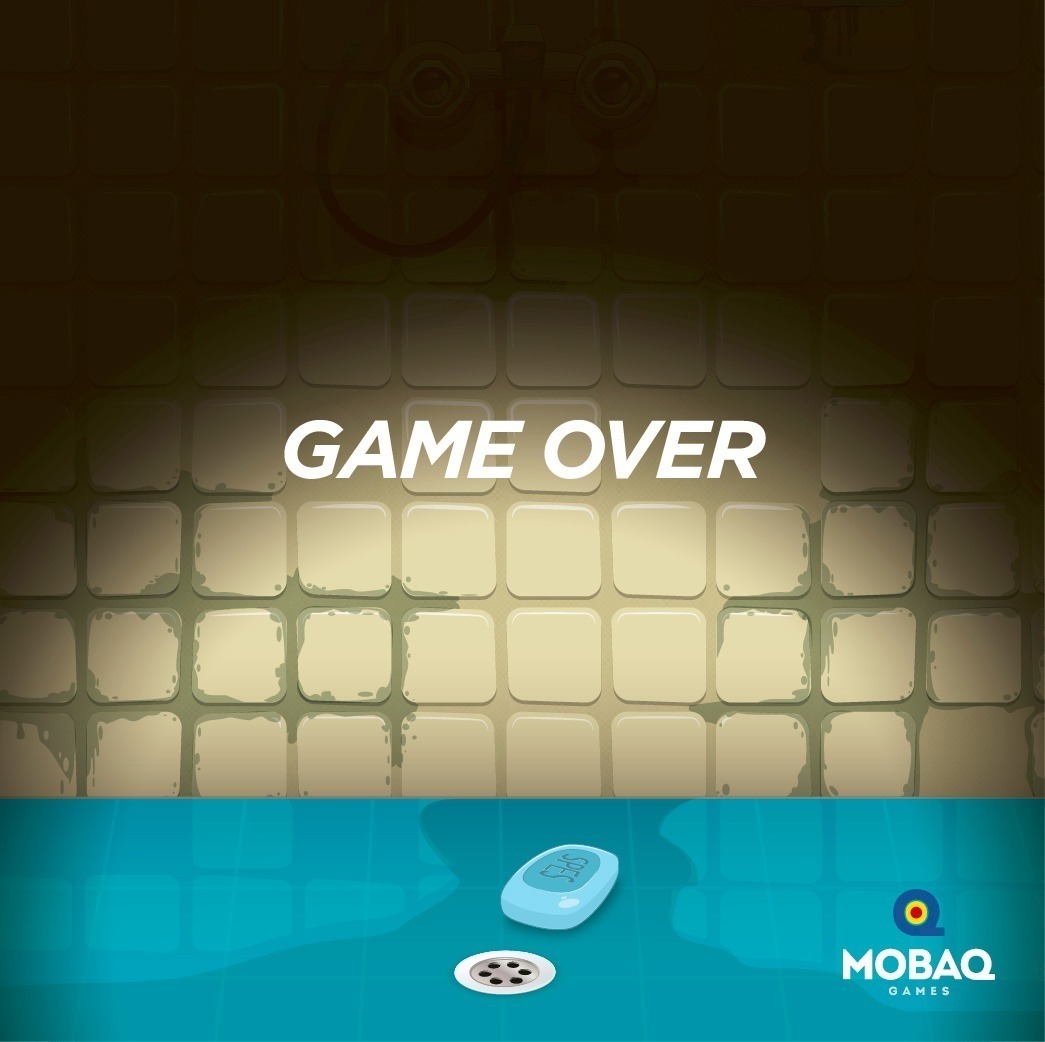 David Bergantino came back in and told us, that this meant we had to re-write the entire story and modify the game as a whole, and we should try to save as much as possible from the coding….Yikes! Two years down the drain.

The second blow came from the users. Since we were rejected from one market; we went to one of the others. Three weeks later, we had our game ready for Android, and we published the app. Ok, no review team here, it took two hours and the app was out there. A couple hundred bucks in advertising and we´re off.

But the results didn’t show either. Users today are much more demanding, and I guess the game feels a bit 2012 (It´s still available for Android: Slippery Soap). In the end, we had to go back to the white board, and redo the whole thing. A change in philosophy, a change in concept, and a lot more changes.

But that’s another chapter.