Mobile eSports, Everyone needs a dose

Since most millennials have more than two mobile devices on hand, their worlds are well inside the smaller screens. Not only entertainment, Mobile eSports is going to be one of their basic needs.
Adam Wu
Blogger
September 23, 2016

It all started with adrenaline addition. If you have never experienced it, you've missed the best (or worst) part of adolescence. Constant clang of guns and steels, thick creepy voices of monsters, unrecognizable holy anthem and magic spells, wacky bomb and fireball explosions, soul vibration hard rock music, smoking mates sitting outside the net café and the empty mid-night streets are the memories fading slowly from us, the veteran gamers. 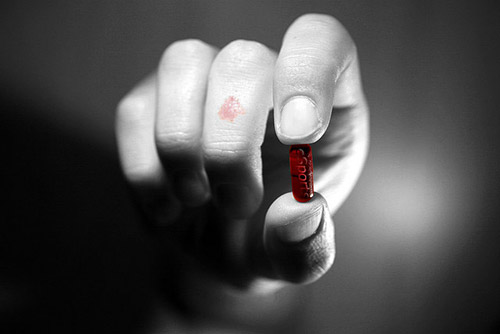 Nobody told us a rush of adrenaline and a flood of endorphins are all we needed at that time. eSports games were the injections that kept us awake and excited throughout the lonely nights, as well as a dose of anesthetic to relief the psychological growing pains.

“Teenagers complain there's nothing to do, then stay out all night doing it. “~Bob Phillips
“You don't have to suffer to be a poet. Adolescence is enough suffering for anyone. “~John Ciardi

Time flies in a blink of the eye. When you see millennials going through the same period as we did before, holding a mobile phone like a life saver, it’s not difficult to understand that they are experiencing the same content like us but on a different device. Their desires for adrenalin-packed genres are exactly the same. Since most millennials have more than two mobile devices on hand, their worlds are well inside the smaller screens. Not only entertainment, Mobile eSports is going to be one of their basic needs. 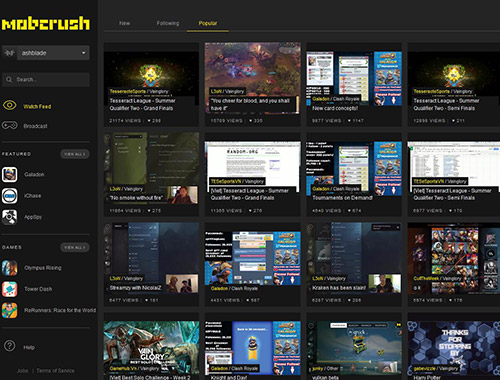 Lift up the eyes to a general view of the market, “Clash Royale”  “Vainglory” and “Hearthstone” are the most successful genre define pioneers for mobile eSports now, according to the statistics and news about their gigantic fan base. Also a more vivid source to prove the prevalence would be the amount of video streams being watched on Mobcrush or Twitch.

The sparkling PC eSports leader - League of Legends has 67 million players, but there are 1.57 billion mobile active users around the world (Facebook data report of June, 2016), and more than 75% of US teenagers have the access to a smart phone. 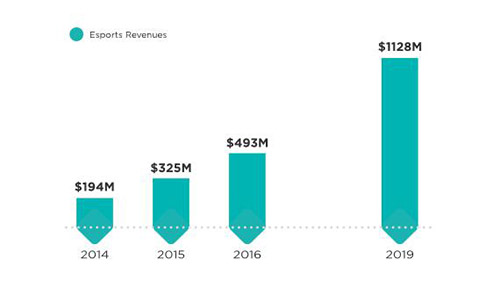 Meanwhile, NewZoo adjusted the research result of eSports revenues upward to $493M with a 51.7% YoY and a $1128M revenue prediction is being made for 2019. Well, only if the market trend goes up like a straight curve, but it never did. AR was predicted to be a new technology wave for the game market after 3 or 5 years, no one expected the AR/Mobile hybrid from Niantic hitting the market in the early 2016 would arouse an overwhelming craze around the whole globe. The phenomenon Pokemon Go defied the regular pattern of AR market development and skyrocket it like no one ever did before. 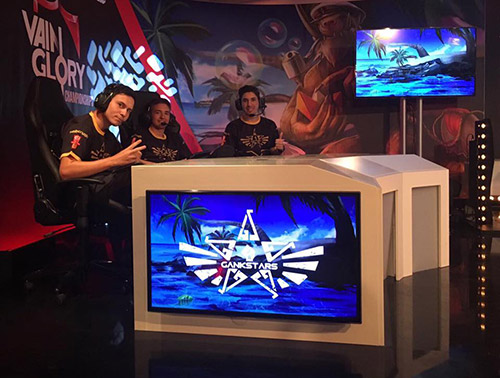 Riding the topic of craze might be overly optimistic, let’s step back and have a look at the infrastructure of mobile eSports.
-    Mobcrush, a mobile live stream software company that raised $15.9M in venture;
-    Skillz(US) and Gumbler(Sweden) provide innovative tournament host services for mobile eSports games with large prize pools;
-    Discordapp, a chat software design for mobile gamers with more than 300M users owned by a veteran MOBA game developers team;
-    AEG collaborated with ESL, Loading their 120 venues onto eSports trajectory, including the Barclays Center in Brooklyn and Oakland’s Oracle Arena;

Additionally, here is a more promising view on globe markets –
In USA and European, Pixonic and Hothead Games topping the action chart with their shooter game titles - War Robots and Kill Shot Bravo respectively, with many game developer talents sneaking up on their sides, because they are drinking on the most beefy markets. Although Kill Shot Bravo is not a PVP game technically, it still reveals the undeniable enthusiasm of mobile FPS fanatics by its popularity.

In Russia, Wargaming closed down in their Vancouver division - WG Cells is not a retreat. On the contrary, they are going to focus more on the mobile version development with their original core staffs. World of Tanks Blitz has more than 50 million downloads worldwide. 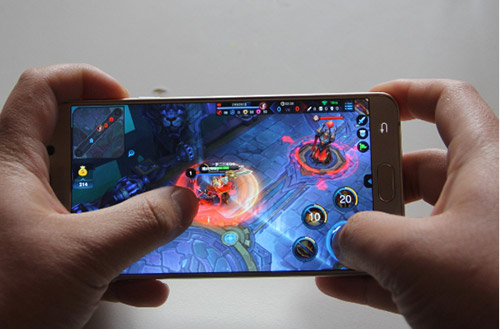 In China, Tencent’s experiment on MOBA game - King of Glory is a total success with over 30 million daily active users.(someone call it "League of Legends" clone on mobile.)

In Southeast Asian, Hero Entertainment is dominating the leaderboard around Indonesia, Malaysia, Thailand and more, widely spreading their market range and serving more than 13 million players per day with its mobile FPS title - Crisis Action. Given that both Asian behemoths are polishing their games base on the massive feedbacks and grand data in live marketplace, the time of a world market invasion is clearly on the verge.

The era of mobile eSports is approaching much faster unexpectedly. The blast is forthcoming, and all we need is one phenomenon bloodlust game to light it up.

To avoid slipping myself into omnipotent god mode and pre-determined the outcome of a whole industry dogmatically, which always happen on the author of this kind of globe fortunetelling article as a famous editor Jon Jordan alerted, I have listed some opposite theories as below. Barriers are always exist on the way to distract the mobile eSports from reaching its maturity anyway.

Down to the source pipeline – for mobile eSports game developers, low ARPU are still one of the biggest headaches. (Although Clash Royale has broke through this and provided a full solution solely.) Most publishers prefer to release more lucrative Role Playing or Casino games to satisfy their short term ROI.

The bias for gamble on eSports among different country and culture are still jamming the destined thrive of relative business. 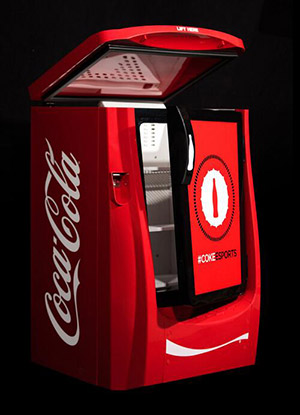 For the sponsorship, there is no mature business model to embed large brands within mobile eSports games yet. A small part of them is taking advantage of the international eSports tournament, like Intel, Coke, Red Bull and Nissan, but many more are still remain silent. I believe the large amount of audiences and the potential exposure opportunities are pretty attractive for the brand owners, but the problem is how to use it. 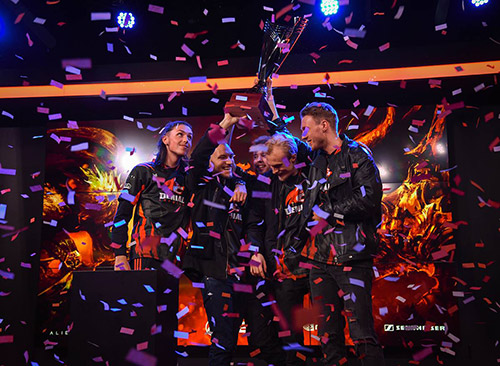 Nonetheless, mobile eSports will find its way up and rise brightly from the enormous new generation eventually and every millennials will need a dose of it.  After all, “Play hard, study hard” is the only cure for adolescence.