A look into the coverage of the Nintendo Switch event.
Thomas Bidaux
Blogger
January 18, 2017

Back in October, I did an analysis of the announcement of the Nintendo Switch. It was a rather short one, with very few details shared at the time, with the promise of a more in depth presentation following an event in January. That event was last week, and now is a great time to look at how it went for the Nintendo teams. 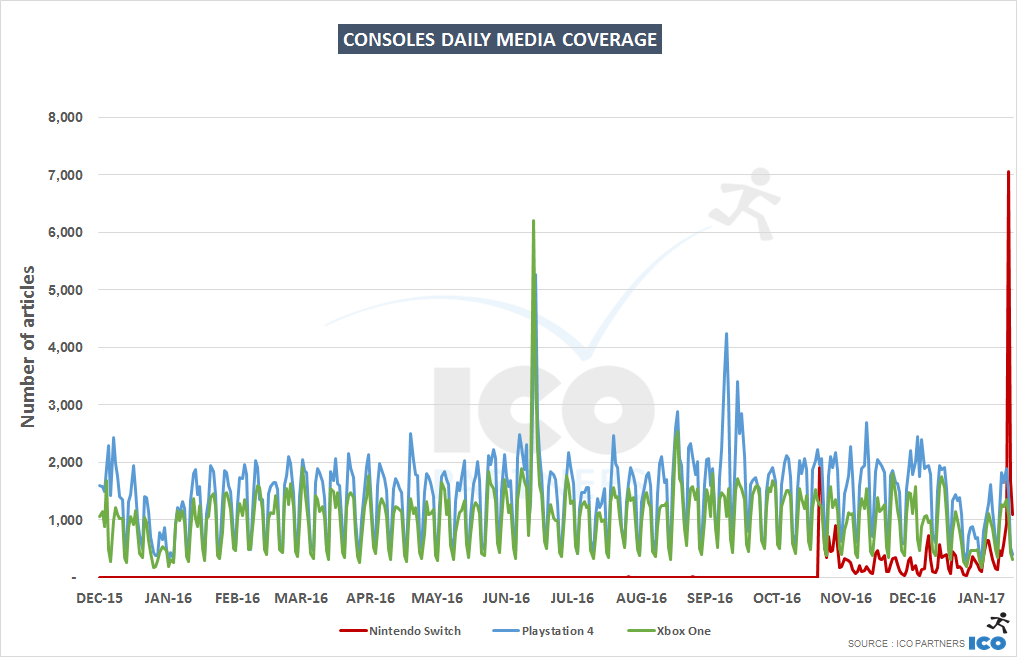 There is no question that, of the three console manufacturers, currently Nintendo is lagging behind Sony and Microsoft and that is very apparent when looking at the media coverage of each console.

In the video games media landscape report that we shared last year, Nintendo received less than a third of the articles that PlayStation had. In that respect, the Switch announcement seems to have been fairly well covered. We are lacking data to compare it with other console announcements, though.

Here is another graph to illustrate how significant the event was for Nintendo’s coverage: 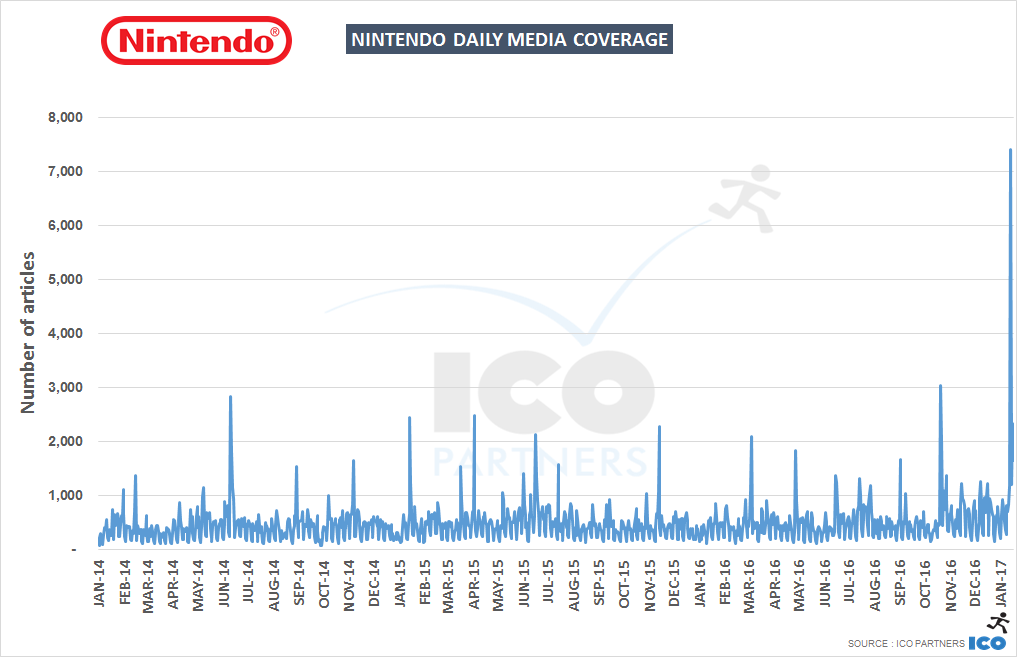 While it is not surprising that the main event showcasing a new console is the single biggest media event for Nintendo in the past 3 years, the scale it reached is significant. It is the single biggest announcement in terms of volume of coverage across all 3 main consoles for that period of time. For Nintendo, a company that is struggling to compete with the media attention its two contenders receive, it looks like a massive achievement.

And with the new cycle of consoles being upgrades from the current gen, rather than brand new iterations, this might stay true for a while for all we know.Â 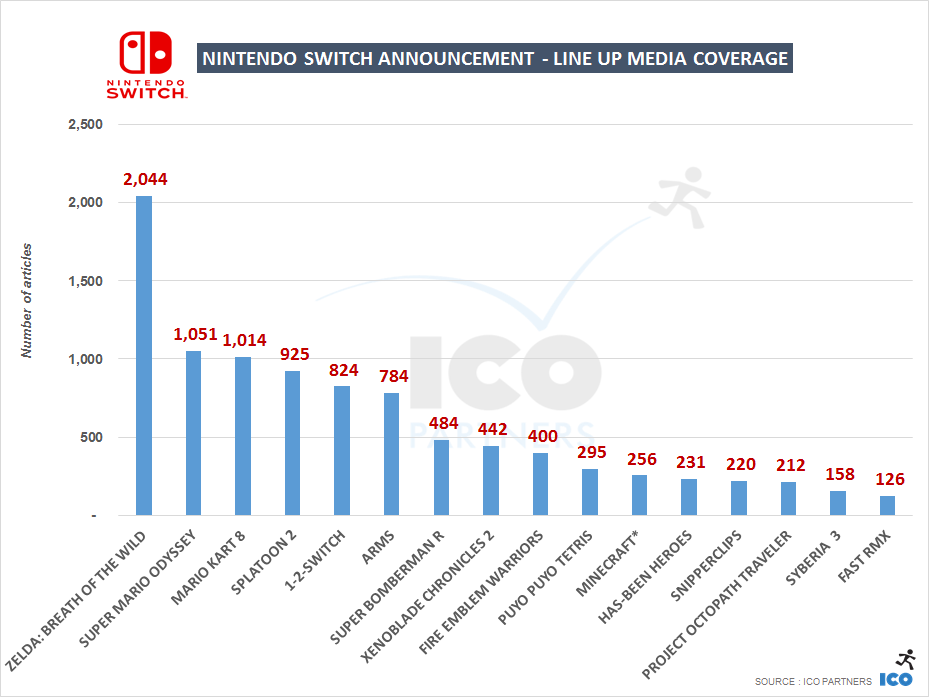 * Minecraft numbers are only for articles explicitly naming the Switch and Minecraft.

Looking at the games announced at last week’s event, there seems to be 4 categories: