Love and hate from fans, how to deal with it

When your house gets stalked by fans, you know you have a very passionate audience. Dealing with their love and hate can be an emotional rollercoaster and a business minefield. The CEO of tinyBuild shares his pro-tips of how to deal with love and hate.
Alex Nichiporchik
Blogger
February 27, 2018

Get off my lawn, you damn kids!

We come back from a meeting to the tinyBuild HQ which at the time was a suburban house north of Seattle. A package of Hello Neighbor masks is sitting there on the porch. Hooray we think to ourselves, it made it just in time for PAX. Little did we know the package has been sitting there for a few hours, and that it'd trigger a series of events we couldn't foresee.

At the time Hello Neighbor crossed 1 billion views on Youtube, has been selling like crazy during it's Alpha Access stage, and gained a fair amount of traction in the mainstream. As we're packing up for PAX, a doorbell rings. Neighborhood kids are asking if we're the devs of Hello Neighbor, and if they could get a few masks. Naturally, we're humbled and oblige. Then pack up and ship our merch to PAX.

The next day, more kids ring the doorbell. We have no masks to give out.

That weekend, the house gets violently egged.

Then the next weekend. This time it hit the cars outside. It was cold, so the eggs -- outside of being gross and dirty on the sides of the house -- damaged the cars.

So we went to Home Depot and bought cameras, setting them up just like in the game - around the house, to watch for sneaky kids doing damage to it. This is literally the premice of Hello Neighbor. In this situation though, I was the Neighbor - keeping kids away from my swag!

Dealing with love and hate from fans

In this article I want to talk about the difficult relationship you can sometimes have with fans of your games. We live in an industry where everyone is passionate about games - including fans. In recent years though, fans have become even more passionate about how games are made. About the behind-the-scenes. People are getting more curious about the inner workings of studios, their projects, and business side of things.

I've been running tinyBuild for about 5 years now, acting as CEO for the company and producer for most of our games. We've had a fair amount of controversy over the years, which helps to grow a thick skin.

Let's dive right in, starting off with how people love drama.

The Love For Drama

Our attention spans are getting shorter and shorter. Checking twitter and facebook in-between respawns is a norm. Whenever there is some sort of drama, it can instantly explode -- and if you're on the shorter end of the stick, it will feel like the end of the world. Before we dive into how to deal with the end of the world and how to properly run around tearing your hairs out, let's talk about motivations.

For less reputable press and influencers, it's all about the clicks. How many times have you been baited to clicking a sensationalistic Youtube thumbnail or a clickbaity headline on twitter? That feeling of when you read the article/watch the video and realize it's nothing to do with the headline. It sucks. What sucks more is if you're part of whatever the scandal is, information spreads so fast that people just only read the headlines. All messaging is taken at face value. I believe this goes hand in hand with what Simon Sinek talks about regarding millenials in the work place. It's a good video:

The best part about this is that -- while not obvious to you if involved -- scandals pass within days or hours. People simply move on and forget. While for every hateful comment there are hundreds of happy customers that just don't voice their opinion.

In Case Of Emergency, Use This

Whenever you're involved in a scandal or hit with a wave of hate, it's very easy to get demotivated. Let's say your game launched with some sort of obvious glitch as an example. Let's use this cheat sheet

Let's talk about that last point in-depth. Replying to comments here is also a bad idea. You need to take control of the narrative. This is why in case of crisis, PR agencies or departments issue "statements". You're much better off though making a statement on your own blog or by creating a new thread. The main goal here is to change that "face value" narrative. Remember how I said that any kind of clickbait article is taken at face value? Even if you end up replying to every single comment and trying to shift the tides, it won't work - the title of the article or thread is still there. It's still what's being shared. Whereas if you take control, your message is what gets shared. This gives you a chance to explain yourself, and provide insight that'd otherwise get lost in the social media abyss.

The Curious Case of Hello Neighbor

The incredibly curious case of Hello Neighbor is the perfect storm for this article. The game has been in "open" development for over a year, selling pre-orders alongside alpha builds and generating tons of love and hype on Youtube. The game's development cycle became a communal experience. Fans were hungry for more information, scouting every piece of content for clues. Youtubers were making hundreds of videos. Fans creating fanart, fan-musicals, and cosplaying as Neighbor. The game's development process was part of the game. It also drove a specific part of the gaming audience nuts. This is the audience that's more into game reviews and core games. which is the type of gamer I am. So seeing all of this unfold right in the communities I hang out at was devastating. I pulled through only because of following the principles outlined in the article. 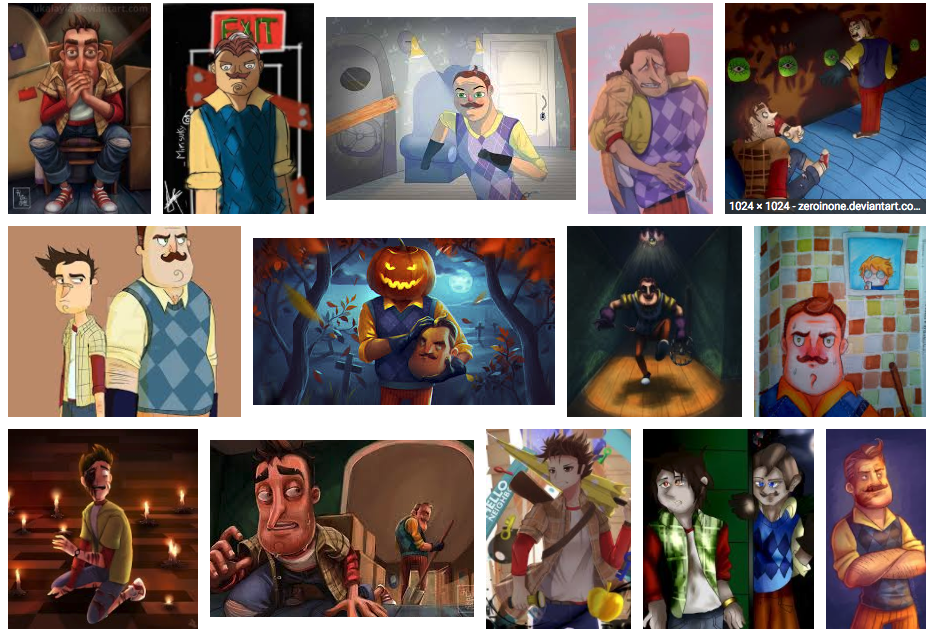 Being a communal experience, we knew Hello Neighbor wouldn't review well with the press. We fully expected getting 4-5 out of 10 in scores. At face value the game wouldn't live up to the apparent hype. This is mostly because the game would be taken as a game, a single product you play from A to Z. Knowing the weight of the hype in this scenario devalues the game experience.

To prove the point, Arstechnica called Hello Neighbor one of the worst games of 2017. And nobody has yet to solve the ARG.

This we were prepared for. What we weren't prepared for is a few technical issues on launch which angered some of our loyal fans. Think about it:

This resulted in the perfect storm of hate on launch day. A Community Manager might tell you that in this situation it's better to go and reply to a few comments on Youtube or reddit. We know how that worked out for EA's Battlefront.

Action is more powerful than words

Instead, what we did is started categorizing all of the issues. We had to create a situation where bug reports would be shared by people who want to help. So a thread with instructions of how to share logs was posted. Later we aggregated all feedback into categories, and figured out which issues could be solved sooner than later. All of this during 2 days of non-stop hate that was overshadowing (in our perception) any positivity the game was getting.

2 days after the launch, we posted a patch that addressed most issues. The hate instantly stopped. Right there.

Yes, it can be frustrating and infuriating to be silent for days. Especially when you have a vocal audience hammering at your inbox demanding answers. The best thing we could do here is show action. Instead of taking an apologetic and explanatory tone, I just went directly into the updates and what's happening.

To date, Hello Neighbor has sold over 600k units. In under 3 months.

When you have no choice but words

There are cases when you simply can't take immediate action and need to respond. I'm not going to talk about the G2A issue we had, because that was just embarrassing for the key reseller. Instead we've had a situation where a partner tweeted something very bad about a platform. It became a huge thread with lots of hate directed to us and the partner.

Here's the aftermath of that story on Polygon

You can read my response to the reddit thread here

In these situations it's extremely important to be sincere. Never be fake. Always be direct. Never bullshit. It can also be nerve-wrecking and at a very inconvenient time. It was 2am during my only holiday of the year after having a few too many sangrias. When I realized it was going down, the immediate instinct is to pick up the phone and start insta-replying to everyone trying ot mitigate and explain yourself. Or to get emotional at the partner. None of these options are a solution. My plan was simple:

I highly discourage anyone from ever being in a situation like described above. This is the last resort and it can radically backfire.

We're closer to fans than ever

While the tone of the article might be scary, I do believe the industry is in a very healthy place today. We can interface directly with fans, and for a small company to be able to build this relationship -- it's fantastic, and opens up lots of doors. For example, we recently did the HelloSwitch event, where we announced 6 games for Switch, surrounding the whole event in mystery. Despite the livestream's audio glitching out, over 2k people watched across Twitch/Youtube/Facebook/Mixer.

I will admit it's scary as hell to put your face out in front of fans. This is why before you take any advice, you need to grow a thick skin. Learn to control your emotions and not go off the rocker. Finding your center and keeping it cool are probably the most important qualities you need as an indie developer when dealing with community.

Seeing how fans are very interested in how games are made, your marketing can become just that - game development videos. Learn to filter through hateful comments and take them as feedback vs criticism.