New Chinese regulations put restrictions on how loot boxes can be monetized. Put simply, the more revenue you drive from selling loot boxes to your players, the more you will be affected. Learn more about how and what to do instead in this blog.
Henry Fong
Blogger
May 07, 2019

Are you worried that China’s loot box raid will leave you empty-handed? If your game counts on loot box revenue, you should be. Fortunately, there is still a lot you can do to stay profitable.

In this article, I’ll work on answering the following questions:

For starters, here’s an easy way to tell how much of an impact China’s gacha law will have on you:

The more revenue you drive from selling loot boxes to your players, the more you will be affected by these regulations when you bring your game to China.

Before getting into the intricacies of how these regulations will impact games and giving you suggestions on how to comply while still holding onto your revenue, let’s shed some more light on how loot box monetization works.

How Does Loot Box Monetization or “Gacha” Work?

The term “gacha” comes from a Japanese toy machine of the same name. When a customer puts money inside a gacha, they get to twist the knob and receive a prize—usually an egg containing a collectible toy or some other surprise item.

In games, gachas work similarly: players can either spend money, wait time, or win “loot boxes” in-game. The loot inside, which aims to enhance gameplay in some way, might include weapons, playable characters, or skins. Items tend to vary in quality, rarity, and impact on the game experience.

Getting a loot box with highly desirable content is a bit like winning the lottery: the more desirable the loot is for the player, the lower their chance is of getting it.

Given that many top-performing games use gacha as a monetization model, we have to ask how this kind of monetization will be affected by the new China loot box regulation. 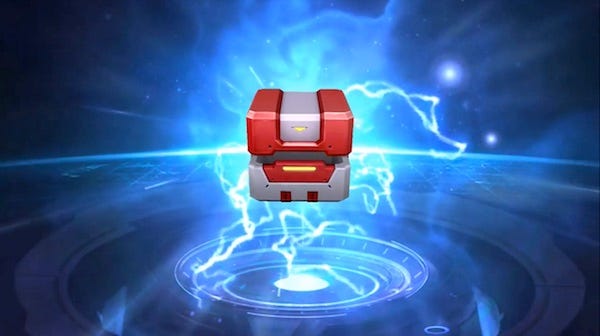 This is what a paid loot box looks like in the game "Marvel - Contest of Champions".

Before and After the New Regulations

Before recent regulations, China’s gacha law was much less restrictive.

Before the new loot box regulation, games could have:

However, when the new restrictions are enforced, games will have to adapt to a whole new regulatory environment.

After the new loot box regulation, games must have:

Besides single opens, players can also buy “10x” loot boxes. This is a bundle of 10 loot boxes that open consecutively or all at once. With the daily cap of 50 box opens, a player that has opened three “10x” boxes will only be allowed an additional 20 single loot box opens. Free loot boxes, such as the ones you get for leveling up in a game, do not count toward this daily limit.

Drop chance has also been regulated, meaning the chance of obtaining a specific item can no longer remain static. Instead, a player’s chances of obtaining the desired item must increase with every loot box they open.

In short, with the new regulations, a rare item must be guaranteed to drop within no more than “X” amount of loot box opens. Developers can determine this maximum number “X” at their discretion but are required to be clear about it in the game. In a moment, I'll elaborate on how to strategically set this number for your loot boxes.

The impact these changes will have on games monetized heavily by loot boxes must not be understated. In fact, the change to drop-chance mechanics alone has the potential to cut total revenue in half for some games.

Add to that the daily limit on box opens—which will curb your players’ binge-box-opening habit—and loot box revenue is practically guaranteed to take a heavy hit.

It is also important to note that certain loot box designs will be more heavily impacted than others. Games with higher quality and pricier loot boxes will be better off, while those that rely on cheaper loot boxes with smaller drop chances are set to get the short end of the stick.

So what can you as a developer do?

How to Hold Onto Your Revenue Under China’s Gacha Law

As a developer, your priority should be diversifying revenue sources and looking into how you can start moving away from—or at least relying less—on loot box monetization.

If China’s gaming regulations trends have taught us anything, it’s that we should keep expecting more. If you want your game to remain successful in China, the best thing you can do is preemptively move away from the practices current regulations are starting to condemn.

Instead of relying on loot boxes, you can set up or prioritize other avenues for monetization. For example, you could move toward time-based incentives and get players to pay to speed things up. Other monetization options to lean toward could be subscription models or direct purchases.

That being said, another immediate step you should take to hold onto your “gacha” revenue is redesigning your loot boxes. 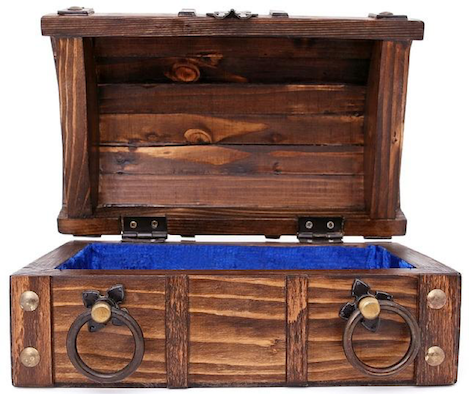 Suggestions on How to Redesign Loot Boxes

Here are three tips on redesigning loot boxes to comply with new regulations while maintaining revenue.

Your overall strategy should be to greatly reduce the number of loot box open incidents while going for the same results in terms of revenue.

To work through this strategy, let’s look at the example of fictive game Apple Bomber Crusade.

In this game, let’s say the super rare and highly prized “Triple Apple Canon” has a 1% drop chance in loot boxes that are being sold at 50 cents.

With new rules, this monetization strategy is pretty awful for two reasons. Firstly, the price is low and will cap revenue because of the daily open limit. Secondly, with the regulated drop mechanics, the item must be guaranteed after a certain number of opens—which must be displayed to the user.

However, simply increasing the price and chance to get the item might not be the best strategy. By doing so, you could be leaving money on the table. Instead—because the new drop chance mechanics favor the player as they buy more loot boxes—you could choose to increase the loot box price accordingly.

For example, if the loot box now costs X amount with a 10% drop chance for Triple Apple Canon, the next loot box the player buys should be priced X times Y—where Y is a factor based on the increase in drop chance but also considering what players will accept.

What’s also important to keep in mind when setting drop chances is player incentive. If the maximum number of box opens to guarantee an item is too high, players might not go for it. But if this number is too low, you’ll limit your game’s revenue potential.

A solid strategy will also take different types of buyers—minnows, dolphins, and whales—into consideration. Ideally, you would want the purchase options to appeal to all of them while maximizing game revenue.

Let’s look at the Triple Apple Canon again. Say the first box purchased costs $5 and the drop chance for this desirable item is 10%. Minnows might buy one, dolphins would purchase a few, and whales wouldn’t stop until they got what they wanted.

If the price increases with every loot box purchase, you could still walk away with a handsome profit. Just keep in mind that even for whales, the new rules dictate that the loot must be guaranteed within a certain number of opens.

Besides going for an option that appeals to all buyers on their level, you can also directly target specific groups. Try designing separate loot boxes, each with one buyer group—and their spending habits—in mind.

Use a fusion mechanic

Another great strategy that could help you hold onto your revenue under China’s loot box law is what I call a fusion mechanic. This refers to the fusion of two revenue sources. In this case, I suggest combining loot boxes and premium currency.

Offering players a premium in-game currency—purchased with real money—to get higher quality loot boxes (or even just higher odds) is yet another way to have fewer loot-box opens and minimal loss of revenue.

This is not the first time the Chinese government has regulated in-game monetization. Instead, the trend we have seen so far is that China is becoming increasingly restrictive on what games are allowed to do. Thus, we can safely assume that there will be further restrictions on the horizon.

As I’ve suggested here, you can redesign your loot box mechanics to have less box opens with the same result. Additionally, by segmenting the purchase options and using a fusion-mechanic, you can comply with the new regulation with the least potential impact on game revenue.

Ultimately, however, I recommend moving away from loot box monetization. Redesigning them might be easy now but who knows what the next set of regulations will have in store.

In summary, here are a few steps I recommend taking right away to comply with and prepare for these and further China loot box regulations.

At the end of the day, the new China loot box law is going to impact any game that uses loot boxes—and the more you use them, the greater it will affect you.

Don’t be caught unprepared: get in touch with me or the Yodo1 team to figure out your best strategy for legal monetization in China.