Le Flambeau: A successful recipe to stir up our local game developer community

It can be difficult to invigorate a local community of game developers, but the benefits to a dynamic and tight-knit community are too numerous to pass on. Le Flambeau is a low effort solution that helped bring together game developers in our city.
Guillaume Boucher-Vidal
Blogger
November 09, 2018

Quebec City has been a major game development hub for years. While we don’t have the numbers of our neighbors in Montreal, within 1 square kilometer you can find Ubisoft, Beenox, Gearbox and Larian, among many other studios. We count between 1500 and 2000 game developers in our beautiful city. 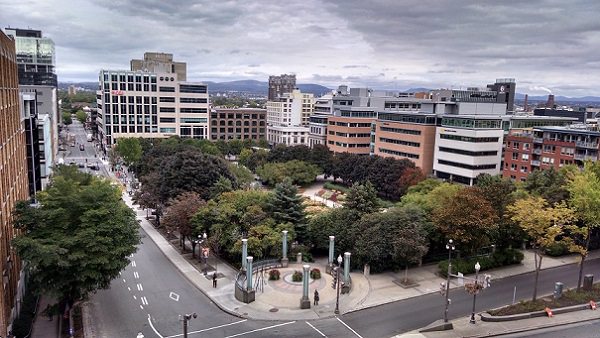 And yet, before the 7th of May 2016, there wasn't a lot of activity in our local community. The IGDA chapter had died out for the third time. The only events happening were small irregular meet-ups and the annual local game jam called the Pixel Challenge. Being rather busy with my own company, I wanted to find a solution to wake up our dormant community that didn't involve additional efforts on my part.

What I came up with is Le Flambeau (the torch). The idea is simple: rather than rely on one person or organization, have someone new organize the next event each time. To that end, I was given a prop that we would hand down during our meet-ups to the next volunteer. Since I was already planning a party for the fifth anniversary of Nine Dots, I used it as a launch pad to announce the Flambeau and find our first volunteer.

The rules are simple:

By regularly changing the torch bearer, the center point of the network surrounding the event keeps moving, inviting different people every time and growing our base. The variance in hours and place also contribute to this growth: parents might not be able to attend a Flambeau happening during happy hours as they need to pick up their kids, while others prefer not attending events that happen later during week days. Eventually, there is a Flambeau for everyone, and this inclusivity reinforces word of mouth and participation.

By decentralizing its organization, the Flambeau has a stronger chance of survival. There is no long lasting burden on anyone, no reliance on a single person to always be there and ready to take charge. There is no one to pay either. It costs nothing to run, and takes no time to maintain aside from the Flambeau page on Facebook and providing some tips to new torch bearers when needed.

Another perk of having many different organizers is that it teaches people how accessible it actually is to organize a small local event. The goal is that eventually, people don’t wait for a Flambeau to do their own things. I think the Flambeau slowly increases the overall level of initiative within our community.

There are also clear benefits for torch bearers. For one evening, the organizer becomes a central figure of our local industry. It’s a great way to kickstart or reinforce a professional network. The cherry on top: you probably won’t need to buy your own drinks, which while not the main motivation, is always agreeable.

The Flambeau has been running for over two years and the results have been fantastic. There have been sixteen events so far, managed by game industry actors among 15 different organizations. We’ve had students, freelancers, Indie studios, outsourcing studios, AAA studios each sharing the responsibility of bringing people together. The initiative caught the attention of the local press, from the mayor’s office and from sponsors. I’m sure the local establishments won’t complain about the revenue it generated for them either. 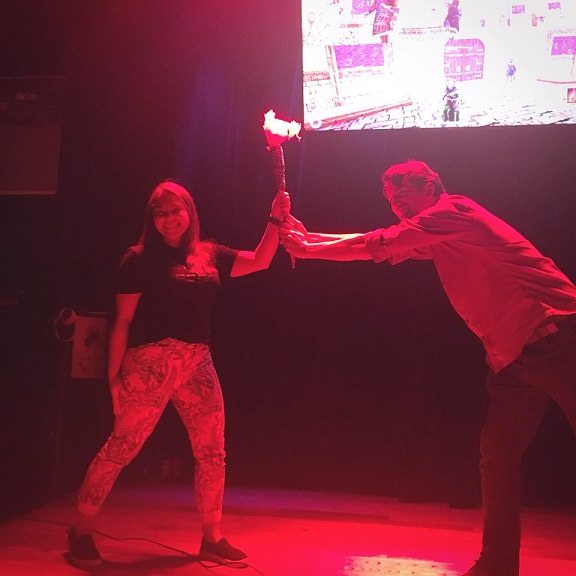 I share this story because I believe there are other game development hubs that could benefit from the Flambeau recipe. I invite anyone who would like to start a Flambeau event to get in contact with me for more details on the organization.

Should you decide to use our success as an inspiration to do your own version of a Flambeau, here are some recommendations:

The physical object incurs a sense of responsibility that will be more tangible than a vague promise. If you take the Flambeau, you have that thing that doesn't’t belong to you that sits at home or in your office: it reminds you that you have to do it.

If the Flambeau crystallizes into always happening at the same place at the same hour, it could stop growing. Encourage novel ideas among your volunteers.

It is only natural to want to make the event as impressive as possible, and when a big studio takes over, they might have a much bigger budget than if a student takes over. It is okay for Flambeau events to vary in attendance size and total expenses, but if there is no balance between small and big events, it will lose its accessibility.

So there you have it. Should you decide to try something similar in your area, I wish you best of luck and I would be very curious to learn how it went.