In this post, I go over the things that worked, the things that didn't, and our experience with Kickstarter for Ultimate Chicken Horse
Richard Atlas
Blogger
May 26, 2015

Hi everyone! This week's blog post is going to be talking pretty in-depth about the successful Kickstarter we ran for Ultimate Chicken Horse: what went right, what went wrong, what we learned, and some tips for the future.

Below, you can see a quick look at our statistics (click on the image to make it larger). In the wonderful graphs which our artist Kyler made, you can see the peaks, the flat (really stressful parts) and all of the events that made our Kickstarter a success.

So, why did our Kickstarter succeed? Some things to note, before I talk about the major factors. First of all, we didn't have any community beforehand. A twitter following of a few hundred, and about 70 emails on a mailing list. Practically nothing. We had no big press lined up, we had no YouTubers lined up, and we had no publishing partner or advertising partner.

The first, and most important thing, was friends and family. This is both in terms of importance and in chronological order. We ran a Kickstarter launch party, which took place at a local video games bar here in Montreal.

That brought our friends and family together, and we set up pledge stations where people could support the project. I also spent about a week, almost full time, simply calling and texting every single person I know to explain what Kickstarter is, what I'm doing with my life (in some cases I hadn't spoken to these people for over a year), and how they could help me accomplish my goal and realize my dreams.

This proved extremely useful as it made up over 30% of our goal in the first day. Without this boost, our campaign would not have looked like it was taking off and I don't know if the general public would have had confidence in our idea enough to believe that it would reach its goal.

Takeaway: make sure your friends and family will support you in the first hours of the campaign... ask everyone. 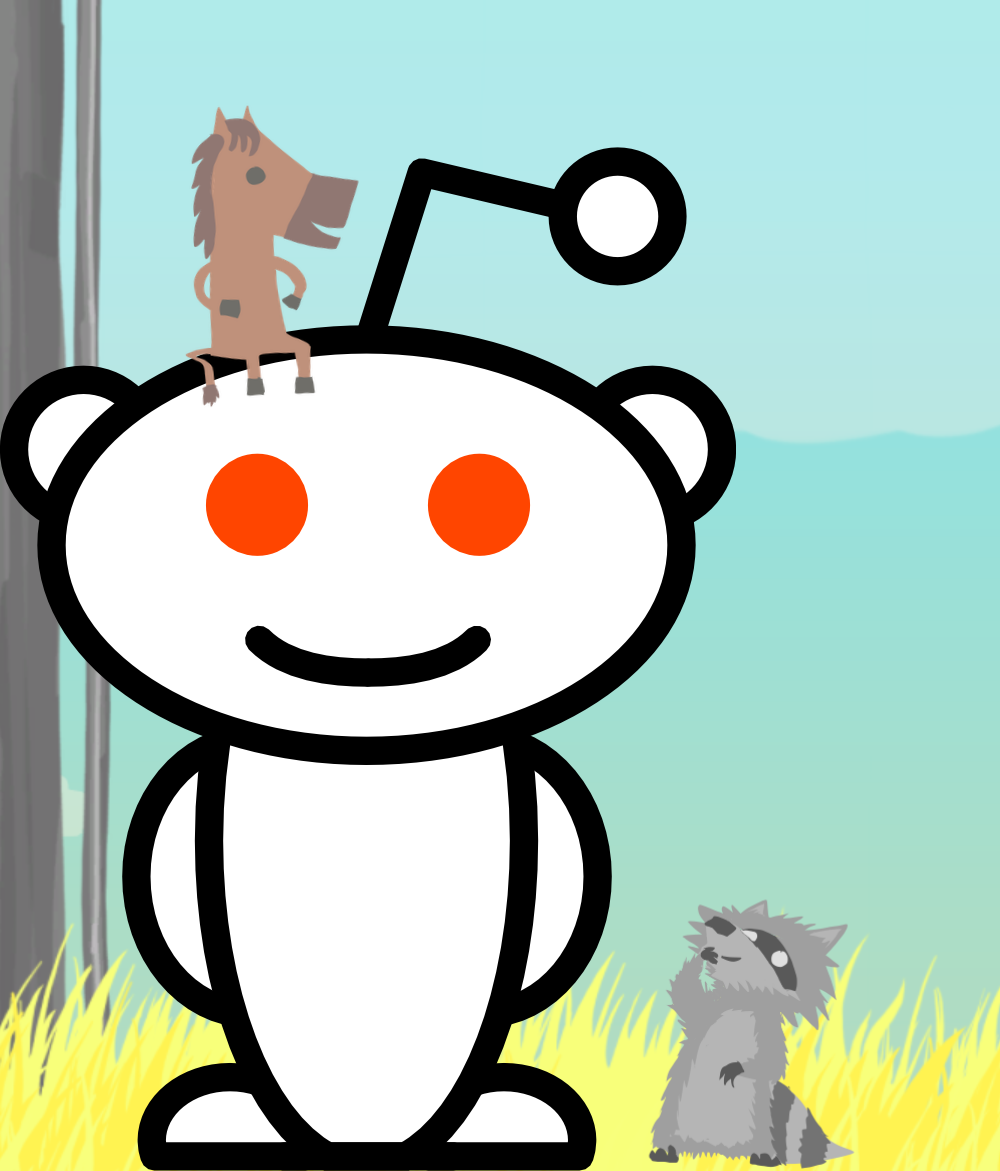 Reddit was the second thing (chronologically) that helped us out. Alex (our programmer) had made a post on r/games that shot up to the top of the page and got over 1600 upvotes, which was huge. To post self - promo stuff on Reddit however, you need to have already been posting non self-promo stuff for a while. Make sure that someone on the team has a Reddit presence before promoting your game, or try to start posting other, non-related stuff, early.

That post led people straight to the page, and even led us to run a Twitch stream to answer people's questions about the game. That one day, which was just at the start of the time when Kickstarter campaigns start to level off, increased our funding by an amount between $2000-$3000.

We had another post in r/animation, where Kyler talked about the animation frames for our characters. This wasn't self-promotion, but did lead people to the Kickstarter campaign at the end of the video and we had a lot of people come to us (in person even) and say that they had seen his video.

This Reddit action was good because it led us to have more traction and seemed like we were going to be able to avoid the flat part in the middle of the campaign.

Takeaway: have a Reddit presence. Post in the right places for games, and try to post in places that you wouldn't normally think of but that are linked to your game.

Ah, the big one. Super Best Friends Play is a group that plays on The Sw1tcher (Two Best Friends Play) channel. The have 500k subscibers on YouTube, and our video on their channel had over 120k views at the time of writing. The video went up at 9pm on a Saturday night, the week before the campaign ended, and our total went from about 18k to about 24k in the following 24h. The influx of people coming to our page and commenting on the campaign was huge, and we could tell it came directly from that.

How did we land this big YouTube video? Well, we met Liam (one of the Super Best Friends) at an expo here in Montreal, and followed up. Followed up quite a bit in fact, and finally they were ready to make the video.

That was the most exciting night of the campaign, and we were in Toronto for the TCAF (Toronto Comic Arts Festival). More on that in the section of things that didn't work. Either way, at that point we say 24k and knew we would be okay, so we exhaled and patted ourselves on the back, and thanked Super Best Friends like 3004 times.

I should note that we had a lot of other YouTubers play the game, people ranging from 4 subscribers to 120k subscibers, in English, French, Italian, and Spanish. This happened because I sent about 200 emails to specially picked YouTubers that I knew were interested in our kind of game. I looked up who had played games like Sports Friends, Towerfall, Speed Runners, Mount Your Friends, Starwhal, and more.

Takeaway: contact lots and lots and lots of YouTubers, they can be extremely influential. Email them as people, not as a corporation, but there's tons of info on how to contact YouTubers and press if you look for it.

So then with all the stuff that worked, what didn't work? We tried many, many things that had potential but didn't end up doing anything at all.

I'm putting this one at the top because it half-worked and half-didn't. It didn't work in the sense that the people who came to play the game at the expo didn't end up showing a very high conversion rate from the follow-up email we sent to them. It did work in the sense that we got that many more emails for our newsletter, and another very, very important thing. We reconnected with a friend we had met in GDC who really loved the game and wanted to help us out by buying the top Kickstarter tier. This got us more money than if all of the people who had played the game would have pledged the minimum amount. I don't think I'm allowed to say the name of the person, but they are extremely awesome and we're eternally thankful for them. This put us over our 25k ask.

On the other hand, the conference was really fun, we met some cool people, and I bought a sweet book from an amazing artist on the show floor. 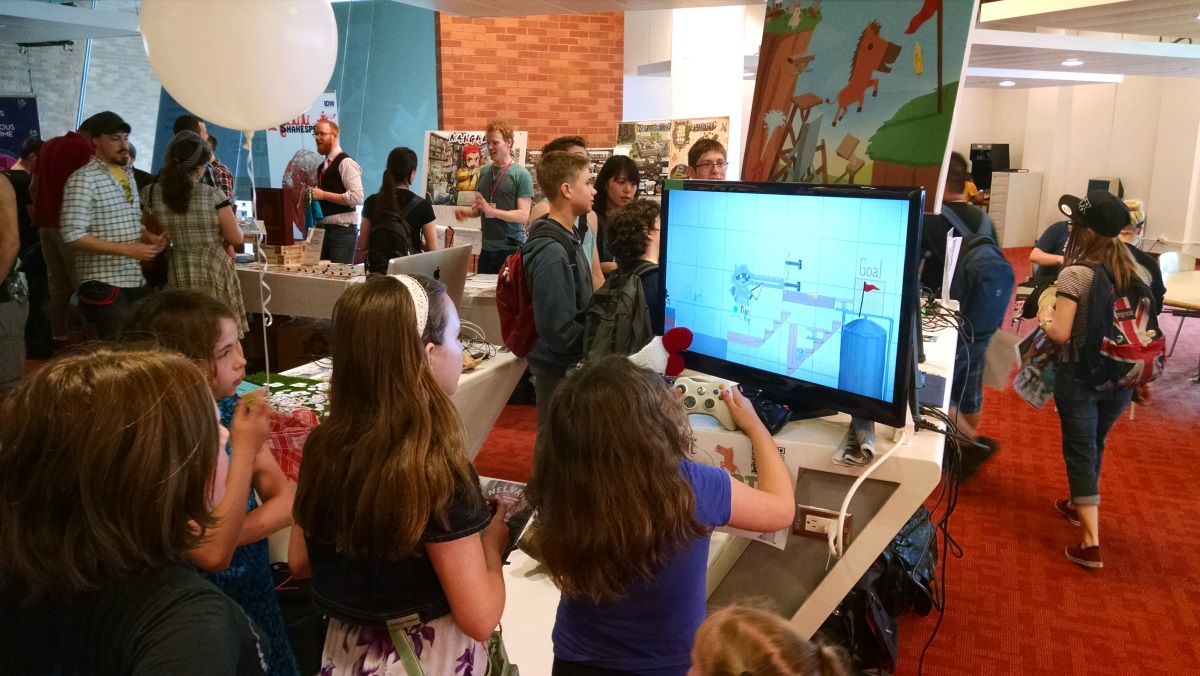 Takeaway: for us, an expo didn't convert to Kickstarter backers, but it did get us emails which will be useful in the future.

We had a number of small press articles about Ultimate Chicken Horse, and from all 20 or so articles, I think we saw 1 backer referred directly. We didn't get any major press, but I didn't really expect we would. Trust me, we tried, but press does not cover Kickstarter games anymore, unless you're already famous or using an already famous IP. It simply doesn't happen.

Takeaway: press might be useful if you get the big, big guys (RPS, Kotaku, IGN) but they're extremely unlikely to cover your game, no matter how wonderful it is.

We ran a video competition in the last week of the campaign. The idea was that people would record 30 seconds of gameplay and put the video on Facebook. They would share it and get their friends to like it, then post it to the Ultimate Chicken Horse wall on FB and we would judge the best video, and the video with the most likes. 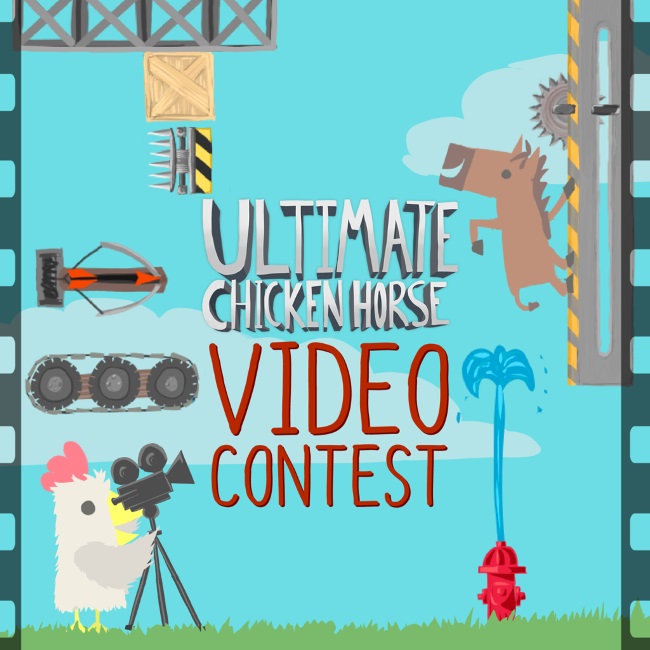 We got a couple of sweet entries, and you could tell people put time and effort into it. That's the problem though, we only got a couple of entries. Theoretically it was a great idea, where people would be sharing their videos and there was a chance for virality, but at the end of the day we simply didn't / don't have the community for that kind of thing. We did see that we had an average of 40 players per day so we thought it would work.

Takeaway: competitions that require community involvement or are community-driven are hard to do with a small community. Well duh.

This is also a kind of mixed success, because of a couple of things. First of all, I'm not sure if Kickstarter got the referred information from GameJolt, so there could have been a large number of people referred but we never got the stats (Kickstarter would say that the people were referred directly). The other thing is that we were one of the top-rated games on GameJolt, and had hundreds of downloads of the demo, and we were getting several comments per day. 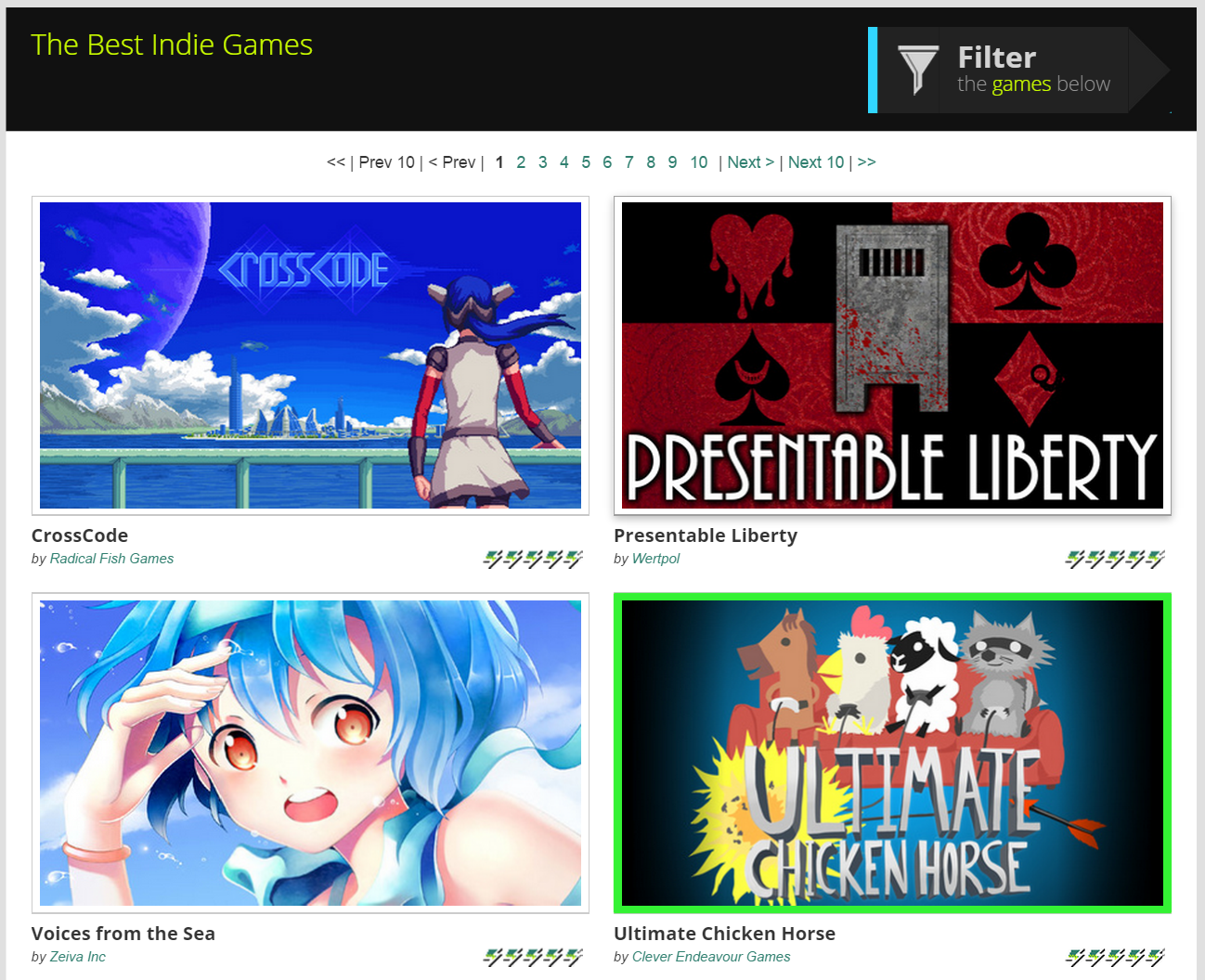 Takeaway: Be everywhere you can because it will spread the word about your game, but don't expect something smallish like GameJolt to drive thousands of dollars.

Twitter worked for us in the sense that the people who already knew us saw that the Kickstarter was live and were reminded of its existence through Twitter. It didn't work in the sense that we got some tweets from some very influential people in the game development world and we saw absolutely no Kickstarter movement from it.

There's another company that we know quite well whose campaign had tweets from even more influential people (like, as influential as you could imagine), and they saw no bump at all either.

Takeaway: use Twitter to reach the people who are already following you and to help grow your community throughout the campaign, but don't expect thousands of backers from it.

We had a radio slot on a local radio station here (not a small one, either), which happened before the Kickstarter launched. We interviewed with them, had a great time, and talked about the launch party event, but I don't think it did anything. At that point it wasn't actionable, so that's likely why we couldn't see anything, but who knows if it would have worked?

Some tips to reduce stress and ensure (hah) success: