In this exclusive interview with GOG, we discussed the challenges that go into acquiring classic games for the site.
Josh Bycer
Blogger
December 02, 2013

This interview was originally posted on my site: Game-Wisdom.com

When CD Projekt made a surprising announcement five years ago to begin selling and re-releasing classic games for contemporary use, no one could have foreseen that Good Old Games would grow to become one of the biggest digital stores for not only classic games, but for modern ones as well.

Today, GOG.com has become a major presence in the Game Industry and I had a chance to talk with them about the challenges that goes into getting these classic games onto the service and the growth behind GOG.

The following interview was done with Piotr Szczesniak: PR specialist at GOG

1. Let's start at the beginning; CD Projekt began as a game developer for The Witcher series. What led you guys to decide to branch out not only to become a digital store, but one focused on classic games?

This is not exactly true. Before CD Projekt Red development studio was conceived the company was a retail games distributor in Poland in the 90s. On a highly pirated market, with most PC slow on hardware specs one of their biggest successes was launching a series of classic games with budget-friendly prices.

The ability to convert a great number of pirates to legitimate, paying gamers brought about another idea. Why not go global with this approach? This is how the DRM-free digital distribution service that today is GOG.com came to life. At first, "Good Old Games", as we were called back then, was only dealing with classic PC games. Since then we have branched out to Mac and newer indie and AAA releases.

With so many contacts from their retail distribution days, the founders of CD Projekt made it much easier for us to assemble the starting catalog and expand rapidly. Just recently, on our 5 birthday, we found ourselves sitting on over 600 games from over 170 different partners.

2. Regarding the work that goes into getting a game onto the GOG site. Obviously one of the hardest parts of getting these games is acquiring the rights to reproduce the IP in the first place. Without going into anything that would be considered NDA breaking, what is the negotiation like to secure these classic IPs?

Most of the time it is a very time-consuming and difficult process indeed; going beyond acquiring the licenses, it's sometimes very difficult to even find out who owns the IP, as you've said. Once we get that nailed down, signing is usually easier. After all, we're the #1 store on the 'Net for classic content and gaming. 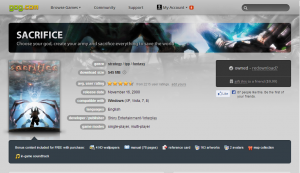 Convincing someone that this can work isn't the challenge it used to be.

The main challenge is tracking down the rights holder or, variously if the IP is owned by a big company, that it's worth their while to work to uncover this cache of hidden content instead of work on new games.

3. One of the inherent problems with finding classic games is the fact that many of these games belong to studios that are no longer around. How does the process change (if at all) when it comes to these hard to find IPs?

These are the most time-consuming, difficult cases obviously. With existing companies it is mostly a matter of negotiation, with the defunct ones it's an exercise in fact finding. The rights are often times owned by several entities and finding out who exactly has them and getting to them is a hell of a task. With some games, like System Shock 2, the process has its own ebb and flow.

Sometimes you almost abandon hope and then, miraculously, the game emerges ready for a future release. For a company that, at its core, has the utmost respect for the history of gaming, these moments, when we are able to bring back a true classic after months, sometimes years, of continuous effort, feel empowering and incredibly satisfying.

4. Speaking of IP negotiation, one area that I'm really curious about is the difficulty. As with any consumer industry, companies can be very protective about their IPs and brands. But for companies that are no longer using the IP or simply acquired the IP from the original owner, is negotiating for the IP in these cases any easier or harder and if so why?

It's a bit of a mixed bag: if a company doesn't have a plan in place for generating revenue from an IP that's lying dormant, it can be harder than usual to get them to consider it as a potential source of revenue. On the other hand, sometimes dormant IPs are easier to secure for GOG.com because the rights holder is less worried on how the release of classic games will affect any plans they have for a modern use of the license.

5. One last question regarding the process of acquiring IP rights before we move on. When I spoke with Farsight Studios, they discussed the fact that when they acquire the rights to reproduce a pinball table, that every one of their contracts is based on a limited duration of having copyright ownership.

With GOG, when you guys acquire the rights to reproduce an IP, are the rights on a limited duration basis? I remember that there have been a few cases where GOG had to stop selling a specific game due to ownership issues. 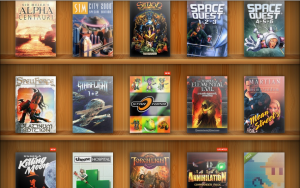 It is not a matter of time-limited deal, but rather the case of the rights changing hands once again. Recently that was the case with Atari's catalog on GOG.com, as the entire catalog of their IPs has been auctioned.

This meant negotiating and drawing up contracts with current owners.

6. Over the years GOG has grown and branched out. One of the surprising additions to the GOG service would be the selling of present day games. Could you talk a little about the rationale behind GOG moving in that direction?

Believe it or not, right at the start, we knew selling classics is just a beginning. The most important issue with releasing newer games was (and still is) having the publisher agree to going DRM-free. It was a natural step to not limit ourselves to old games when so many classics still inspire the indie scene and are being rebooted, re-imagined, or reincarnated as brand new projects. We stick to our guns, meaning that we strive to release only quality games, developed with great attention to detail and a lot of passion.

We keep it DRM-free and we try to provide gamers with additional content while maintaining a flat worldwide price. So the philosophy of GOG.com remains intact, we are just expanding to include more gamers into our community.

7. Gamers have been doing their best to emulate classic games for years now, which has become harder as technology continues to advance. On GOG's side, what games have proven to be the hardest to get working on today's computers? And have there been any games that for one reason or another were not able to be restored?

Early Windows 95 games--developed around the time of the shift away from Windows 3.11/ DOS based systems towards new Windows--have proven to be a real pain-in-the-ass for our team of programmers. Running 16 bit games on a 64 bit system (starting with Windows XP) is next to impossible.

8. One of the best parts of GOG is that it provides an important service of preserving these classic games. One of the more often debated topics among older gamers is that older games offer deeper gameplay and are more creative compared to modern games.

In your opinion, what do you think draws people to play these classic games? Even though arguably, many of them could be considered dated.

First of all they have much less of a tendency to lead you by the hand. A lot of modern mainstream games are sometimes dumbed down when it comes to their interface and gameplay, overrun by tutorials, and help pop-ups, the learning curve is flat. The challenge, especially for more seasoned gamers, is not very demanding, so the pleasure of actually playing the game is often short-lived.

The fact that big companies want to sell their big-budget games to EVERYONE sometimes means that the final product is diluted, undecided, and forgettable. Older games, especially those developed in the 90s were cheaper to make, and thus less bound by publisher's constraints.

The creators were able to develop their ideas uninhibited and that sometimes produced true masterpieces with distinct, personal touch and unique mood. They did not have a broad audience in mind but rather started out with "what game would I like to play?" approach.

9. Lastly, can you share with us what is next for GOG? You guys have done so much in the span of 5 years and in your opinion, where else can GOG as a brand grow?

Thanks again for taking the time to talk to me and I hope that GOG continues to be a success.