Is it Time to Redefine "Indie Developers"?

The Indie market has changed over the last few years, and it has some questioning if there is a point where the term "Indie Developer" no longer applies.
Josh Bycer
Blogger
January 05, 2017

The rise and growth of the Indie market has been amazing to watch. In about eight years, we have seen a number of games come from small groups of people with creativity that rivals major studios. Games like Five Nights at Freddy's, Minecraft, Stardew Valley and more, have become major names in both niche and mainstream circles. With that said, the phrase "Indie Developer" when it comes to games is a very odd phrase, and raises an interesting debate about what is an Indie developer.

When the Indie market came to be, we suddenly saw something else. Development teams of sometimes one to two people working on a game. Many of these companies didn't even have official office spaces, and operated remotely. Thanks to new engines, they have opened the doors for more people to make games.

Even though Indies are popular today, there have been Indie studios since the 90's; such as Croteam and Introversion. Today, there is big money in the Indie market, and publishers and consoles are noticing it.

We have seen a shift towards publishers and console owners courting Indie studios. Both Klei Entertainment and Redhook Games are appearing on PSN these days.  Of course we have to mention Hello Games and getting backed by Sony for No Man's Sky. These days, successful Indie companies don't remain hidden from the public eye for long. 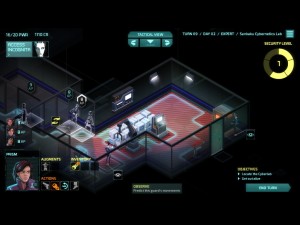 Firewatch developed by studio Campo Santo was nominated for multiple awards at the 2016 Game Awards.

This raises the question: Once you've become a big name, can you still call yourself an indie developer? I know the easy answer is that they are still small studios, but there is a difference.

These developers now have clout; something a lot of Indies don't have. You know whatever will be announced next by Scott Cawthon or Toby Fox will immediately light up press releases and game sites.

Some can say that an Indie developer is someone who doesn't have a publisher, but again, there is a big difference in putting out a game when you're established vs. small time.

As we've talked about before, success breeds success. When you have a big winner, it can easily carry you into your next game and make that one easier to succeed. And while there are those successes, there are dozens, if not hundreds of Indie developers struggling to make a name for themselves.

And this is what has led me to a possible controversial conclusion.

The State of Indie:

Indie development still exists obviously, but the term has been stretched these days.  However, I feel there comes a point when you can't call yourself an "Indie developer" anymore, but a third party developer. 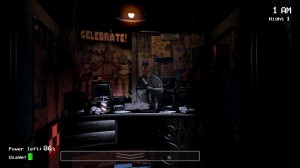 And here comes the gut punch conclusion: I don't think being Indie is the goal anymore for game development; it's a stepping stone.

At some point, you are either going to have to prove that you can make a successful game, or you're going to remain a hobbyist or part-time developer.

The people who do manage to succeed and have that breakout hit are the ones who become major names in the game industry. And with that, they get advantages and clout that an indie developer will not have. With that said, I know that there are going to be a lot of Indie developers getting ready to write angry comments below, and I know why.

One of the biggest challenges of the game industry has been educating the consumer about the work that goes into it. Why you can't just add multiplayer in a week, or have every game have the fidelity of Call of Duty.

And one of the biggest points is the difference in Indie development. Being called an Indie shields you and your studio from some criticisms compared to a third party developer. We expect indie games not to have the best graphics or be bug free due to limited budgets. If an indie game lacks polish, that's to be expected on a new concept.

But when we talk about a third party developer, we're talking about someone who's established.  You don't get any slack for polish if you're an established studio. Any problems in your game will be looked at more critically compared to those from a smaller Indie. There is a larger talk to be had about the challenges of continuing to grow, but that's too big for this piece.

Even though Minecraft started out small, it's certainly not in the same league as other indie games today

You are essentially acting without a safety net, and this is scary. There are very few indie developers who have managed to last successfully (and profitable) for years.

However, there are many examples of Indie studios that have closed or restructured themselves.

Spiderweb Software is now over two decades old and still going strong, but have yet to have that mainstream hit.

Whatever comes next from Introversion or Redhook Games is going to be looked at a lot more closely now that we know what they can accomplish with their previous games. Just like any other entertainment industry: You're only as famous as your last hit.

If we put restrictions on who is an Indie, that's going to push a lot of people into the limelight. Those developers will now be sitting at the same table as companies like Eidos, Firaxis, Blue Byte and many more.

This is one of those posts where I don't have a neatly wrapped ending for it. The Game Industry moves so fast and is so disconnected that figuring out standards is difficult.

We are still feeling the effects from the surge of the Indie market about eight years ago. Where it will go and when it will stop is anyone's guess at this point.

Once again, I'm going to leave it to you: What do you think about the term Indie, and is it time to retire or update it?

Thanks for reading this post. Be sure to check out the rest of the great content from Game-Wisdom. You can find me on Twitter for daily updates on all new posts and nightly streams on Twitch around 10 est. Check out my YouTube Channel, now over 1,000 subs strong, for daily videos on game dev topics and video games. Finally, check out the Patreon campaign for ways to support everything that I do.