Inside a Failing Kickstarter Campaign

A mid-mortem on a Kickstarter campaign for a promising project that is lagging far behind.
Ted Brown
Blogger
August 29, 2011

(This is being written "in situ," so if you want to have a hand in shaping the destiny of our project, please feel free to check it out here.  Of course we’d be happy to take your pledge, and if you’d share this link on your social networks, that would be awesome!) 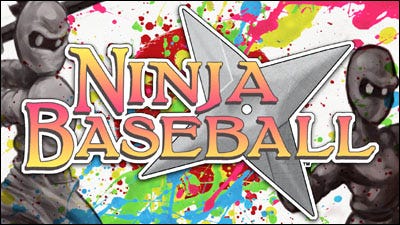 Few things are so humbling as grand plans laid low.  It’s even worse when the tracks are followed back to the fork in the road, where a different path might have meant success, and the footprints going the wrong way -- not even stopping at the sign! -- are clearly your own.

We are in the final week of a 30 day campaign for $10,000 on Kickstarter, and we are just a bit less than 25% there.  I have some theories as to what went wrong, and I’m hoping for feedback from the Gamasutra community on what to do next.

First, if you haven’t heard of it, Kickstarter allows project creators to solicit “pledges” towards a campaign goal of a set dollar amount.  The project has between 30 and 60 days to raise this money, or all of the pledges are returned.  This “all or nothing” approach has been discussed at length elsewhere, so I won’t go into its merits today, but I am a firm believer in it.

Second, because you probably haven’t heard of it, the game is called Ninja Baseball.  It’s a baseball game with swords and stars instead of bats and balls, in a cartoon world of 80’s neon and slapstick violence.  Its core ingredients come from Blood Bowl and Baseball Stars.  Heck, why not see all the ingredients as we cook up a batch? 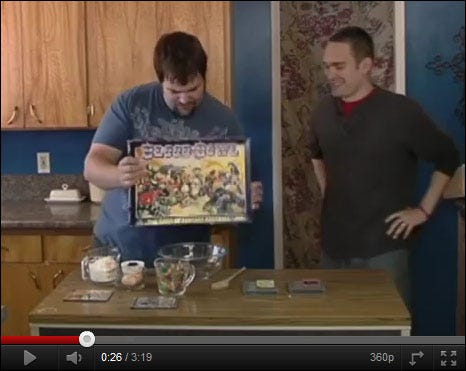 Finally, the game is being created in Unity.  I am the designer and programmer, while my friend Todd (a fellow Guildhall alum from the first cohort) is the artist.  He is in Corpus Christi, Texas, and I am in Eugene, Oregon.

ORIGINS OF THE PROJECT

I made the decision to leave my previous employer earlier this year, and go indie, but I also have a family and a mortgage.  I had to exit at just the right time to keep our costs low, because we would be living off savings.  I also needed a creative partner.  Todd was working on a serious games project in Texas.  When it was canceled, I took it as a sign.  We had worked together at the Guildhall, and had a mutual respect for each other.  After a few conversations and a face-to-face meeting during a trip to Oregon, we shook hands and made plans to work together.

I would quit in the middle of June.  My previous employer lives off of contractual work, and I wasn’t on any of their contracts.  Combine that with a decidedly sour relationship with key members of their executive team (though not my direct superiors), I expected to be summarily dismissed.  This would give us two to three weeks to work on the game and build up promotional material for a Kickstarter campaign in August, launching day and date with our first “schwag:” a branded frisbee being given out by a friend at the Troma Entertainment booth at GenCon. 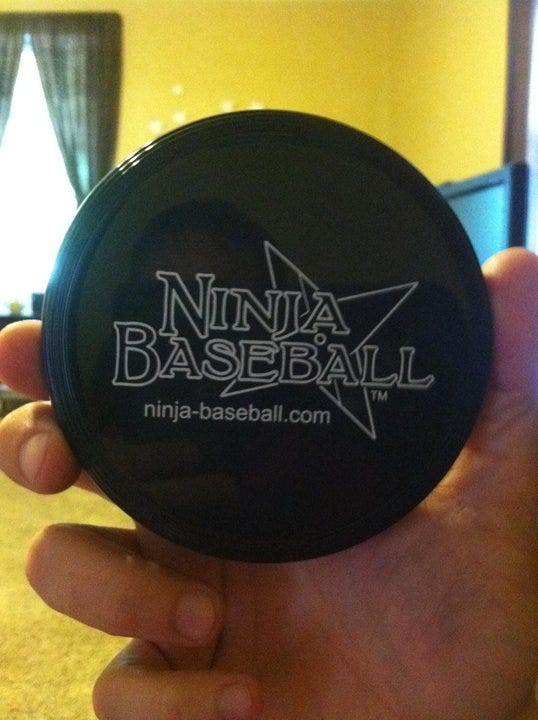 Much to my surprise and chagrin, the day before I gave notice, a major social publisher requested that I -- through my employer -- re-write all of the creative text for an upcoming game release.  Having a friendly relationship with that project’s executive team, I decided to do that work during my final two weeks at the studio.

It reinforced a bridge I might cross at a later date, but it was a long, hard slog that left me exhausted, with only a week until our nominal “launch.”

At that point, we only had a logo and a game concept.  Working quickly, two friends from church -- a news videographer and an actor/improv comedian -- helped me author and film the “Cooking Show” video you saw earlier.  I knew I wanted to use videos as my main method of broadcasting updates and creative vision.  By now, we have quite a few , and that’s gone very well.

But we didn’t have a Kickstarter campaign at that point!  Each project has to be approved by their team, and they hadn’t reached us for days.  Finally, on Friday, August 5th, we got word that the Kickstarter project was approved, the frisbees had reached Indiana, and in a mad rush, I launched the project website by noon.  That night, my wife made one of the felted ninjas we were using as a reward for certain pledge tiers.  It was Real.

Just keep that in mind.  I’ll talk about that later on.

It’s my belief that any independent vision, regardless of its medium, lives or dies by discovery.  If nobody knows about it, if nobody talks about it, then it will die.  When you are trying to make a living off creating novel things, you can choose to follow your heart and roll the dice (the way of the artist), or use your head and make efficient, business decisions about the viability of the concept (the craftsman’s journey).

Now that I have a family, I don’t get to roll the dice on dreams.  (the dice only get pulled out for Magic, D&D, and Ninja Baseball board game prototypes!)  My goal with the Kickstarter project was not only to get funding for the project, but also to test the viability of the concept.  Mainstream folks are willing to put down a few dollars for a game that sounds fun, without spending an hour searching the internet for reviews, videos, etc.  And if people continue to talk about it, then “trust will build on trust.”  It will spread through social networks, and a percentage of those people will put down money.

Right now, we have 200 “Likes” and 42 pledges, a conversion ratio of 20%!  We also successfully breached the outer ring of my social circle, getting pledges from strangers and folks outside the country.  So I consider the idea viable.

NOW BACK TO: THAT’S WHERE THINGS WENT WRONG

At the time of our Kickstarter launch, we had:

Some stuff we were missing:

Hard to believe, but in 24 days, we’ve achieved everything but the following:

And this is killing us.  I’ve worked with 3ds Max, Maya, and XSI.  After learning Max, I was able to pick up Maya and XSI in a day or so.  But Blender is, by far, the worst modeling package I have ever encountered.  I still can’t work efficiently in it.  Its user interface and modeling pipeline are abysmal.  Does it work?  Yes.  Does it work well?  No.  What would we give for a proper package?  I don’t know; do you need a kidney?  I’ve got two.  Fingers?  I have ten!  (but only eight that haven’t been broken)

NO GAME TO SHOW

I made a jaw-dropping assumption: that people would put money down for a game idea, without seeing the game.  Had I not been so tired, so eager to have our “schwag” handed out at GenCon, and so convinced that people needed a way to give us money by that point, I might have taken time out for a reality check.  I’m pretty sure smart people around me mentioned the same, but like I said, I was too tired to adapt -- again.  Mistake.

It’s killing us, because we actually have a game!  Here, look! 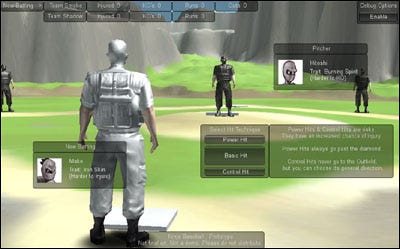 The pitch is thrown, the star is hit, the players battle for the base, the medic throws a smokebomb and appears beside the injured... it’s a full game!  But there are no ninjas.  No swords.  No animations but a walk, run, and idle.

This is something that a game designer can see the potential of, but not an average consumer.  They would, rightfully, ask: where are the ninjas?  Why isn’t it polished?  Which is why I haven’t sent e-mails to game news outlets, where I think the majority of my funding would come from.

I believe -- strongly -- that you have one chance with every potential customer.  A majority of your advertising resources are spent just to get their eyeballs on your product once.  It’s a time-challenged world, and they are spending precious seconds on the result of your labors.  Does it immediately grab them?  And then does it not let go?

I feel we succeeded on the first front.  But because I made the decision to push the button before the pipeline was ready, I fear we’ve perished on the second.

MINOR ASIDE: ASKING TOO MUCH

We asked for $10,000 so Todd and I could split the net (about $9000 after commissions and pledge reward fees) and have enough to pay bills for two months.  That was a reasonable estimate on cost of living, but it was asking too much for a game in this state.  We should have waited another month, then asked for $5000.  Remember: it’s all or nothing, and we can’t adjust mid-campaign.  If we’d set it for $5000, we’d almost be there.  Something about “bird in the hand, two in the bush” comes to mind...

There are two exit scenarios: we make our campaign goal, or we don’t.  If we do, excellent.  (Did I mention you should share the link?  =D )  If we don’t, what next?  Some of the scenarios include:

All of them have trade-offs.  If you’ve read this far, thank you, and I’m wondering if you have any comments on the matter.  You’ll know what the final decision will be, because I’ll write about it here!

Have a great week out there,