Indie Bubble Buts: What Do We Do Now?

It's popular to talk about the indie bubble. How it popped, how there wasn't an indie bubble in the first place, etc. Enough. Let's move on, and instead discuss: what we're going to do about it, and how to still succeed as an indie.
Megan Fox
Blogger
May 27, 2014 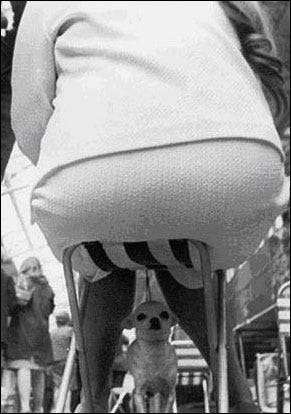 Everyone’s making good points. Jeff Vogel is on the money as usual, Rob’s on point with an excellent counter, and this is all just lovely. People even asked me to kick the horse further, but, I have a better idea: let’s stop debating and but'ing, and start talking action.

Revenues for indie developers on desktop are falling. We know this, and the reasons are various and irrelevant, a fixed point in our recent past. To move on, there is one very specific myth we need to gut, here and now.

“If you release on Steam, you will be a success.”

That’s a great story, and you should read it. Cook, Serve, Delicious is a fantastic indie rags-to-riches story, and it made a solid amount of money once it hit Steam. But, as Rob points out, Steam was simply never the gateway to success we imagine it was.

Just, no. In fact, hell no. Seriously, no. Lunar Flight released back at the dawn of 2012, when indies were raking in hundreds of thousands easily, right? Except they weren’t, and it at the very best did “adequately.” Waves? Similar story. Crasher? 2011, golden years, miserable failure so bad it doesn’t even exist on the site anymore.

Releasing on Steam is not a promotional strategy. It never was. So many convinced themselves that Steam was the only avenue to success (even though some people kept reminding everyone otherwise), that they completely forgot that there’s more to business than a single storefront. 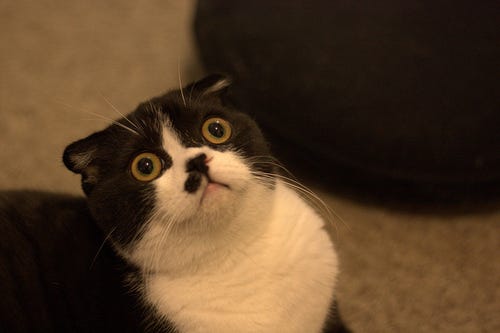 So what can we do? The market is dead! THE INDIE BU-

Steam's opening up. Not having a Steam key used to be a barrier to sales (see Cook, Serve Delicious), but now it's increasingly not, so start thinking about more than releasing on Steam. Cliffski and Vogel have gone on for years about the importance of direct sales, and their efforts have won them revenue streams that are largely immune to fluctuations like this one. They ride a gold-rush, and when it ends, oh hey, they’re still actually fine.

Is your website good? Christ, do you even HAVE a website? Don’t laugh, you’d be surprised at how many flat out don’t. Are you on Twitter (this is super important)? How about advertising, are you researching it? It’s complicated, sure, but there are some really great articles on just that. Cliffski has written basically all of them.

Around here, I’m betting a few indie bubble but’s are forming. Advertising’s tricky, because it takes money, but - hold that thought. The other big thought is “but we’re in the post-Steam world, which means nobody will buy from anywhere but Steam, and that means you never get their contact details! You CAN’T build a direct-sales community anymore, Jeff and Cliffski just have one from the old days." 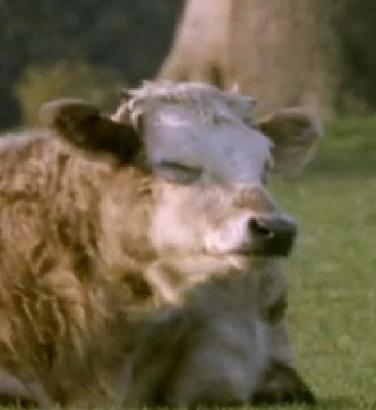 First of all, if you're only targetting Steam, that's a huge issue. GOG.com is an increasingly important part of desktop gaming, and if you aren't short-sighted about your tech (ahem, seriously, please don't write your own engine, even for simple 2D games), mobile ports are probably a button push away. Note that "mobile" includes OUYA, Amazon Fire TV, and all those other microconsoles that are worth trying out. Niche markets are important, and maybe all you need to survive.

But even ignoring that, even just in desktop with Steam: I ran a (successful) Kickstarter last year, and on a lark, I added a field to the backer survey for a mailing list. It was optional, and I doubted many would use it, but I figured what the hell, people will probably just write funny things in that field. I like funny things.

It went… slightly better than expected. I got back nearly 1,000 email addresses for people interested in what I’m doing, and engaged with the success of our studio. And that was on a lark, in a survey. Even ignoring that, that group of backers is now vested in our success, and when we post a “WE RELEASED!” update, they’ll hopefully help us get the word out on release day.

As it happens, mobile developers have been figuring this out for years. Incentivized Twitter follows, for instance - “follow us for 5 fugu dollars!”. Yes, we know you probably just clicked that link and then didn’t actually follow us, but we don’t care - it cost us nothing, you’re happy with free stuff, and you at least considered engaging with what we’re doing as a studio on a long-term basis.

AAA’s been doing this for years too, and nobody’s said a thing. The entire front-end of Mass Effect 2 was this giant socially integrated thing, and it totally fit with the vibe of the world, and it “just worked.” Mass Effect 3 took it even further. Player perk programs, in-game rewards tied to playing other games, all of these are vectors you can use to create attachments with your players that last beyond the game in question. 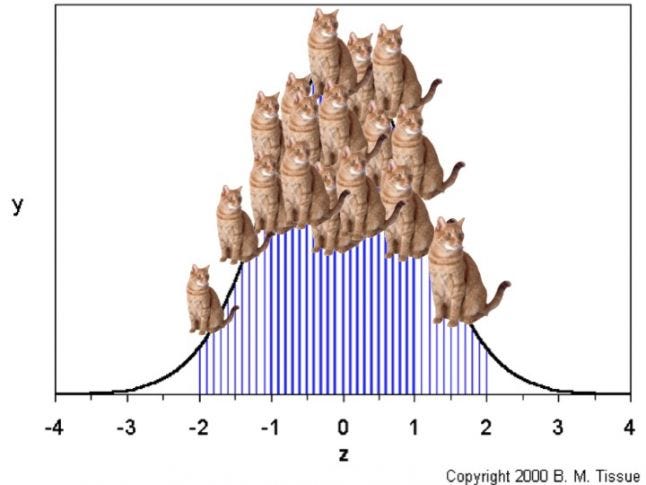 (no, I have no idea what GoogleImages was thinking)

So you try these things. How hard could it possibly be for you to, say, add a mailing list signup to the main menu of your game? Why not give the player a silly hat if they follow (or at least pretend to follow) you on Twitter / pick your favored social tool? If you’re constantly patching your game, and doing the whole “games as a service” thing, a newsfeed probably makes sense too.

Actually, no, let’s take that further - you NEED to consider “games as a service” period. I don’t care what kind of game you’re making, you can probably figure out a way to create more exciting events in its life cycle than “release and done.” Yes, this applies even to single-player, once-through RPGs or platformers or the like.

Hot Tin Roof? We’re planning on post-launch DLC. But we’re not going to charge for it. All charging for it does is fracture our community and make people feel like we held something back from release, and the press probably won’t give a damn to boot. But free DLC? Hey, now that’s actually pretty cool - it gives you that excuse you need to dive back in for your 100% run, it gives a YouTube’er something to cover when they’re enjoying your game and need an excuse to run another video. It’s just pretty damn cool all around. None of this should be surprising to anyone… seriously, just put “post release DLC” into google.

Yes. It sounds like business because making a living at making games is… about making a living. That means you probably can’t afford to approach it as perfect directionless fun times, you need to be thinking about what you’re making and who you’re making it for and how you’re going to get them to be aware that the thing you made for them even exists.

This doesn't have to change the game you're making, at all. It just means you can't disappear into a cave for 2 years, pop out the other end with a game, and expect to make a living at it. Unless it's a really, really cheap cave.

Over time, you’ll achieve greater success, and can apply more of these strategies. Some, like Kickstarter, are great at any time. Others, like buying advertising (see waaay back at the top), maybe become viable after an initial shaky success or two gives you a miniscule operating budget for the next game - which you then invest back in your game, rather than upgrading past ramen. Get used to the ramen, it’s your friend.

One last indie bubble but is going to hit now. “But what about before? Didn’t Cook, Serve, Delicious just hit Steam, and succeed? Can’t I just make a good game, and have it hit?” 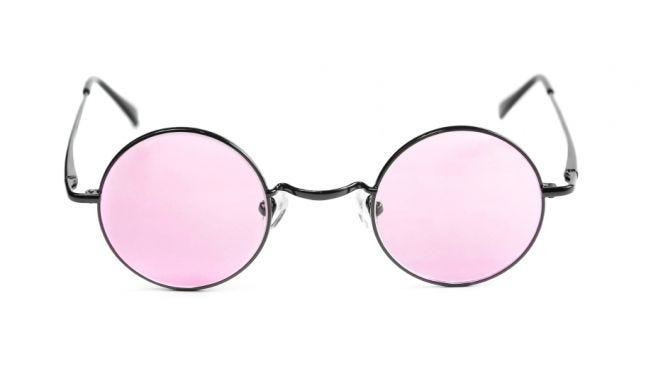 You're doing it again...

Go back. Click that link again. See that “V”? That’s because it’s a five part story. David Galindo started his journey with The Oil Blue back in 2010 (hey, remember? the heyday of the indie bubble!), and hit failure after massive failure. But he kept trying. He built his network, got people to care about what he was doing, until finally on October 8th, 2013, he’s able to release the game on Steam. At which point, he reaps financial rewards.

There are no instant successes in our industry, outside of the odd lottery winner. There never were, and that hasn't changed. Steam may have provided a short-term aberration in sales figures, but even then, it only helped a lucky few. For the rest of us, there is only hard work, and the appearance of an instant success at the very end.