If the games industry was on fire, would we know it?

The clash of what people want, versus how they want to be treated, including why jobs in the game industry are like gold dust, the amount of digital content being created and other thoughts (waffle).
Barn Cleave
Blogger
March 14, 2016 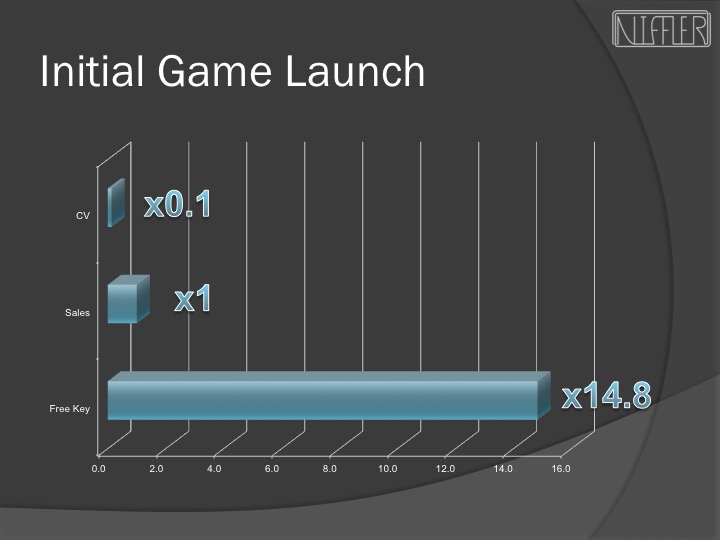 Here's what we actually found when measuring Sales vs. CVs and Free Keys:

We believe that video games should not just be about passive play, but creative play too. For this reason we design our games with some form of editing and sharing. Saying that, we all make games because we love it, not because it makes us any money (actually breaking even would be nice).

It doesn't take a math wizard to work out that when you sell 10 copies at $6.99 that's only $69.90. For arguments sake let's say the person being hired puts 1 month of effort into the game. Then that person gets 100% of the revenue (which they wouldn't because it has to be shared internally, plus the tax man and store want their cut too) this means if we could employ every person they'd be making $2.33 a day (assuming 30 days in a month).

So in an ideal world we'd hire everyone, but realistically that's not possible.

Our advice is if you want to try and get into games, treat it like you want to be a rock star. What we mean by that is don’t be surprised that when you walk up to a band and ask them to pay you to learn the guitar, they say no. You’re going to have to learn to play the guitar first and yes you are probably better off starting your own band. However, be prepared to play gigs for free and remember you are one of the many bands trying to get a number one album.

Second, the number of Free Keys

This can be split into two groups:

Free Stuff Please: unfortunately there does seem to be a growing trend of people claiming they are reviewers, when really they are not. Actually, what they really want is a free game (in an ideal world again we would give you all one, but unfortunately Wal-Mart doesn't give us free food and we kind of need to eat). This has got to the point that there are far more pretend reviewers than real ones. For every 1 game sold we are getting about 9 requests for dubious reasons.

The additional irony is that this group are highly likely to want to work in the games industry. However the economics of ‘I want you to give me free stuff’ doesn’t work when you want to be paid too. It’s either/or, not both.

Rain Makers: this is the group that has surprised us. The sheer amount of content that’s created – mainly video - is staggering. This follows our earlier comment that the best way of learning something is by doing it. Having watched lots of the video, we’d suggest at least adding some form of commentary and even better is trying to find a new slant. However as much as they and we would like it to be true, it takes 5 Rain Makers to sell 1 game. So the promise that 1 post/review/video will generate even 100s of sales in reality is out by fair margin. This pair of Tubers did makes use chuckle (WARNING censor bleeping not 100% efficient, not even close).

As video games are now digitally distributed perhaps there can’t be another crash, as there was in the 80s, when too many physical game cartridges were produced. This led to large amounts of cash being tied upfront in boxed product. Now however this upfront cost is in the form of digital creativity, which has outpacing the demand, so on average people are buying a smaller amount of the total number of games being produced.

The amount of press coverage on successful games versus failures doesn't reflect the relativity of the market. Scarily TV Shows such as X Factor do go to great length to demonstrate how 10,000s of entries only result in 1 winner. The games industry is still young, so perhaps this is something too it must learn.

We are living in a world of endless digital content no matter if it’s games, video, music, websites, etc. but with only a finite number of people to engage with it. So it's worth remembering if you are going to do something you love, it’s art first not business and it’s not guaranteed to pay the bills but it's good for the soul.

Niffler Ltd.
Niffler is an independent games studio that believes video games should not simply be a passive experience. Games published included Chip's Challenge 1 & 2, Chuck's Challenge 3D and the Ben 10 Game Generator series across a platform with 10 million players creating & sharing over 100,000 levels.