How playable ads has conquered the mobile video ads space

In 2015, only 8.7% of app marketers were optimistic about the future of playable ads. Today, more than half of all marketers see this type of ads as one of the main tools for successful marketing campaigns.
Bohdan Chernobai
Blogger
January 28, 2019

With the growing number of titles in almost each game category along with the ever-increasing cost of user acquisition, the task of getting the player for the new game becomes more and more complicated. Not to mention the fact that a majority of the U.S. smartphone users (51%) don’t download any apps in a month, even a more significant number of users (63%) abandon very quickly any apps or games with too many ads. However, the ads can be different. And playable ads is a perfect example of advertisement, serving its primary goal while being more engaging and less intrusive for the mobile player. That’s why this kind of ads is usually quite effective in boosting conversion rates. In fact, Chartboost has calculated a 123% increase in conversion and a 26% increase in D7 retention for those developers, who have incorporated the playables for their titles. And below I would like to go through how it works with some specific examples.

The conception of playable ads was relatively new for the mobile industry back in 2015, so in that time only 8.7% of app marketers were optimistic about this type of advertisement, while social and full-screen video were the top channels of user acquisition. Today, the playables is a subject of close interest even from the side of big industry players. Google, for instance, has the AdMob advertising service, which provides game developers with tools to embed a mobile ads SDK. And playable ads are actually one of two new rewarded ad types the company was launching a year ago. In general, 2018 has shown a growing interest to the playables from all industry players, and now 46% of publishers are most enthused about playable ads, and this percentage is even higher than social and full-screen taken together. 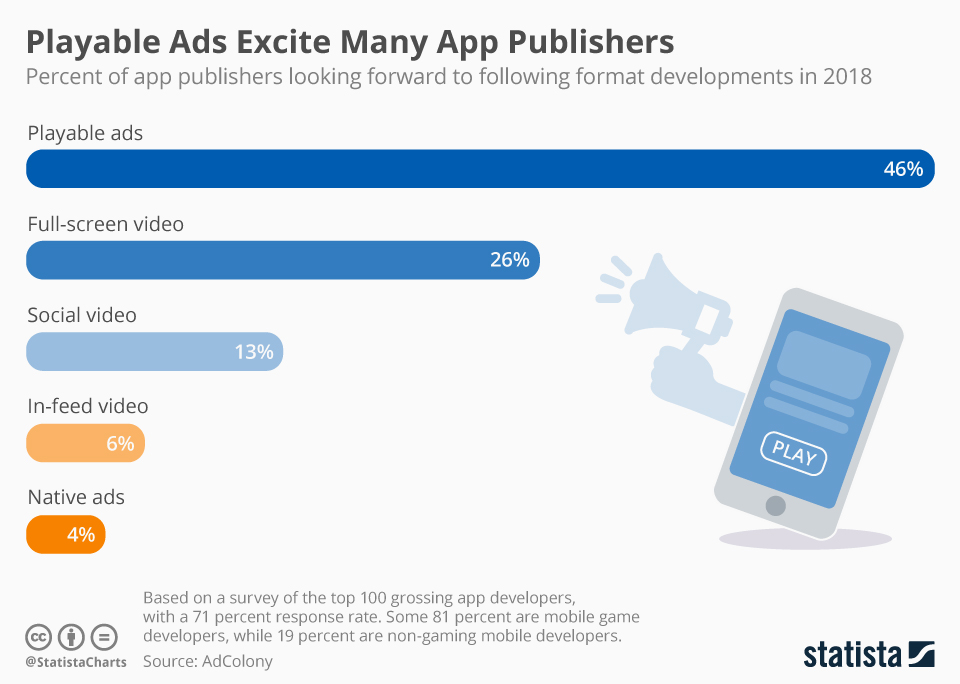 The examples of playable ads campaigns

Now more and more publishers have, at least, one successful campaign, using the playables. Among them Miniclip, who doubled CPM for their title “Agar.io” or PuzzleSocial with its Daily Celebrity Crossword, which showed a 20% higher conversion rate after the campaign.

For apps with non-gaming content, the playables are also working just fine. A travel app could have a playable ad, where the user should guess the city or country by the provided picture, a food delivery app could offer a puzzle with names of the most popular dishes from cuisines around the world. A great example of the embedded playable into the app is the Burger King’s “The Angriest Whooper” campaign for the German market. The user of the Burger King’s app was challenged to collect 20 Jalapeños in under 20 seconds to unlock an exclusive discount coupon. This campaign along with others, such as the Halloween and Bummer BBQ playables, has achieved for the Burger King app an average CTR of 35-40%, while the average video ad has a CTR of just 0.21%.

Below is the playable ads campaign with Wooga’s title “Pearl’s Peril, published by Chartboost. Since this is a hidden object game, the user was offered to find all secret items on the one out of the total 224 game environments in less than 30 seconds. The aim is the same: to grab user’s attention and attract them to the full version of the game. 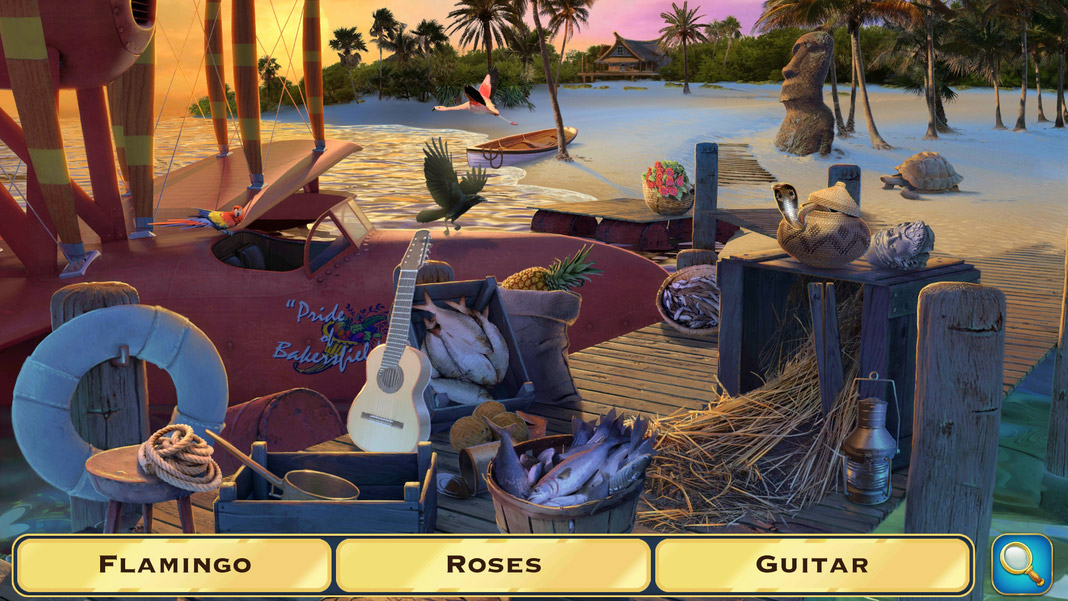 In this campaign, the playables were driving the high quality installs thanks to users, who were already acquainted with the game process and therefore, have shown more involvement in the game. And this is especially important considering the notorious statistics, which states that the average mobile title loses about 77% of its users within the first three days after the install.

First of all, a playable ad is an advertisement, and only after that, a piece of the game. You don’t have to deliver the core structure of your title with the most intensive parts of the gameplay. The goal is to advertise and attract a player to the full version as soon as possible. And some tips below will be helpful in that:

In the end, we should keep in mind the importance of the conscious approach to mobile game advertising. Even such a user-friendly form of ads, as the playables, may cause a repulsive effect if implemented in a slipshod manner. However, if done correctly, it definitely a powerful tool in the arms of any mobile marketer.