How Licensing Laws are Threatening Your Video Games

The recent Castle of Illusion removal from stores frames a post talking about how licensing affects games and what this means for the future.
Josh Bycer
Blogger
September 06, 2016

Copyright and licensed work ownership has recently impacted another game. Disney's Castle of Illusion Starring Mickey Mouse was pulled from digital stores with its fate unknown at the moment. This isn't the first time licensed work has affected a game, or the last, but it's a case that is going to become more serious as time goes on. While I know most of you don't care about licensing problems, this is an issue you need to care about.

Working with a licensed IP is different from working with an original property. The license holder enters a contract with the company who wants to use their property for whatever medium. This kind of negotiation happily ends with the game/movie/so on being able to use the property for the creation of the project.

The important part is that even though the company has the rights to use the property, they don't own it. If I get the licensing to make Mickey Mouse thumbnails, that doesn't mean I can give someone the okay to make Mickey Mouse cup holders.  Also, if I want to switch gears and make Mickey Mouse posters, I would need to renegotiate the contract. It also means that I don't have access to the property for the rest of time. Eventually, I will lose my right to continue using said property after the discussed period.

At that point I have two options: I can either renegotiate to extend the rights, or I let it drop and lose access to it. For digital stores like GOG or companies like Farsight Studios who deal with licensed properties, they have to deal with these legal issues constantly. 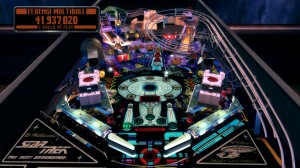 In an interview with Farsight, I learned how they have a limit on how long they can sell their licensed tables for unless they negotiate again.

For the consumers who bought those tables or games from GOG, none of that matters to them. The contract basically controls the selling and work done using the property. Here is a Gamasutra article that goes into the basics of licensing IPs for video game use as reference.

Copyright and licensing law has worked that way for years, but those IP laws are stuck in the past and are threatening our ability to play video games.

When the licensing period ends on a video game, whatever state that game is in essentially becomes locked in stone. The publisher and storefront are allowed to sell that exact version of the game for as long as they have the right to it, because the licensing is set with the final state of the game.

However, the rise of digital distribution and preserving games has caused a problem. Games have to be patched in order to still work on future platforms. The second a developer opens up that code or releases a new version of the game, they are in violation of their contract. Any work on a game after the contract ends is considered a violation by the developer.

It doesn't matter if the developer is simply updating the title screen or rebuilding the engine. Unfortunately, it's not as simple as just rolling things back. If your game doesn't work on a digital store without that additional work, then you cannot keep selling it. To make things worse as with Castle of Illusion, you can actually lose your right to sell your own game. 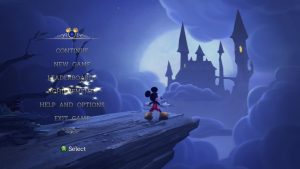 In order to continue working on a game after the licensing period is up, the developer/publisher must renegotiate the rights

Even though it's technically your game (or the publisher's game), it's still using someone else's IP.

Anyone who has dealt with IP licensing can tell you of the headaches when these issues come up. Trying to renegotiate has its own problems as well.

The IP holder may ask for more money or a stricter deal depending on the popularity of the product. In some cases, this could be far more than the publisher/developer can afford or want to spend.

While losing songs from GTA San Andreas isn't as serious, it's still part of the same problem. The Video Game Industry has moved ahead of licensing law, and that's a huge concern for everyone.

Video games are not like other mediums when it comes to using licensed work. Platforms have their life cycles and hardware is constantly evolving. The act of porting a game or making it compatible requires hard work by the developer.

There is no such thing as a game with perfect code or compatibility. Unless you want to keep your old hardware and software forever, games will need work done.

I know that some of you don't think that music or Castle of Illusion are hills worth dying on, but there's more at stake. Any part of licensing can affect your ability to play or buy the games you want. The Batman games are protected, because of WB Games who are a part of Warner Brothers who owns DC Comics. However, any licensed music, characters, or references are ticking time bombs for many games today.

There's a part of me that wonders what will become of the Marvel vs. Capcom games at some point in the future. Like all games, they will need to be updated to keep working. 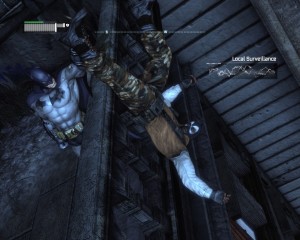 Unless your publisher also owns the IP in use, you're going to have to deal with licensing issues in the future

A few years ago, the game based on Deadpool was removed from digital stores, due to Activision losing the right to sell it and not wanting to renew.

After the success of the movie, the game was re-released again to capitalize on the renewed interest in the brand. While that's great, that is a fringe case and not how things normally go.

It's time for the big question: Is there a solution? I think there needs to be a new clause for video game licensing.

Something like a "Continued Maintenance Clause" that extends the ability to work on a licensed game if it is for keeping the game in a sell-able condition. In these cases, the developer is most likely not even touching the parts of the game that are dealing with the licensed property.

It would be a win-win for everyone: The developer gets to keep their game available, the consumer can still play the games they bought and not have to buy games in fear of them being removed, and the licensed holder continues to get their residuals for copies sold.

The game industry is quite poor at thinking ahead thanks to how rapidly things move. Hell, look at the jump in technology and distributing games in the last 10 years. The issue of keeping games maintained and compatible is serious business. We are still having problems with preserving older games.  I urge anyone who studies game design or interested in the history to not let this matter go.

And as a final note, I am annoyed at Game Journalism right now. Checking a lot of the mainstream sites (you know who you are), not one of them is talking about why this is a developing issue for the game industry. At least Game Informer was the first one to report on it. As for the rest of you, for sites claiming to care about video games and the medium, you're doing a horrible job of showing it.