SEARCH
A minimum of 3 characters are required to be typed in the search bar in order to perform a search.
Announcements
Event
Free Webinar on 5/24: How Predictive Analytics Drives Mobile Conversions & Boosts Revenue - Register Here!
PreviousNext
Business
3 min read
article

How good does your game look on a Steam search?

How appealing is your game on the eyes of a player search? I don't know, but I can tell you what we did about it!
Hernan Smicht
Blogger
January 07, 2021

Making some research I started to look at other recently launched games on Steam, just searched for the word “indie” and sorted by “Release date”, nothing fancy (example link).

I was staring at the images shown by rolling over the mouse over the titles, and I saw the big difference between the games that were selling (just watching the review amount) and those that were not.

The difference was clear, the small image of  those who have more reviews just look alot (ALOT) better and those who don’t (sounds pretty obvious though).

So, the small image of our game... In which of these two groups belongs? Ahá, that's the question.

Searched our game (Desert Pirates) on steam search engine and observed... It didn't look spectacular enough. At least not at the level of those games that were doing well. 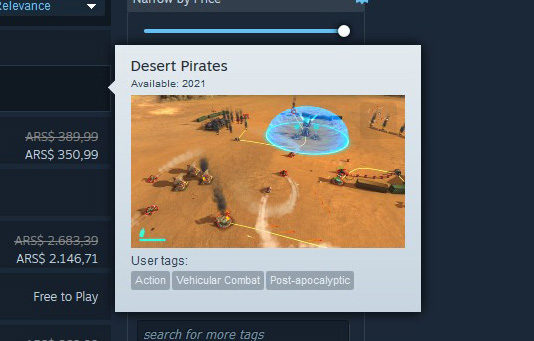 Our game takes place in a desert, and it was what we aimed for, but it doesn't look spectacular enough like those games.

I started a quick concept directly on top of the Steam Search image, aiming to be more “spectacular”. 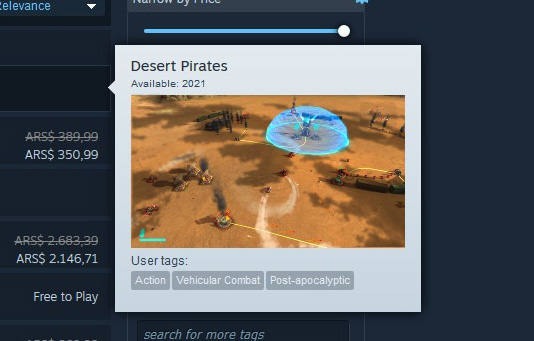 Better, but not enough.

Then I remembered we wanted to add some dust flying around, so I searched some dust images  to make a quick experiment, threw it over the image and tried some quick modes... and by mere accident our yellow sand floor transformed into a beautiful orange color and yellow mixture. 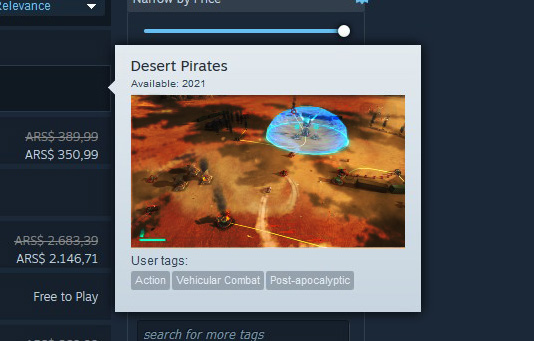 Okay, now we are talking! Forget about the dust and just modify the ground textures in a different way, not only sand

For finishing I wanted to have more lights for fire and shots, so the cloud shadows and the new ground color rise them up. 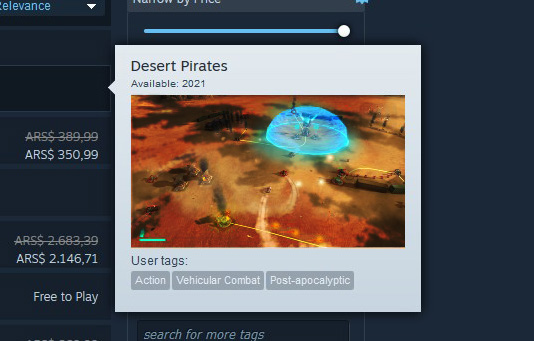 The Steam search image improved a LOT, check out the difference between before and after:

So, how does your game look into the search menu? Is it spectacular enough compared to the games that are selling? Now you know, making concepts directly over the search images can give your team a better north into a more spectacular art, and, hopefully, sell more games or gain more wishlists.

This is how the game used to look: 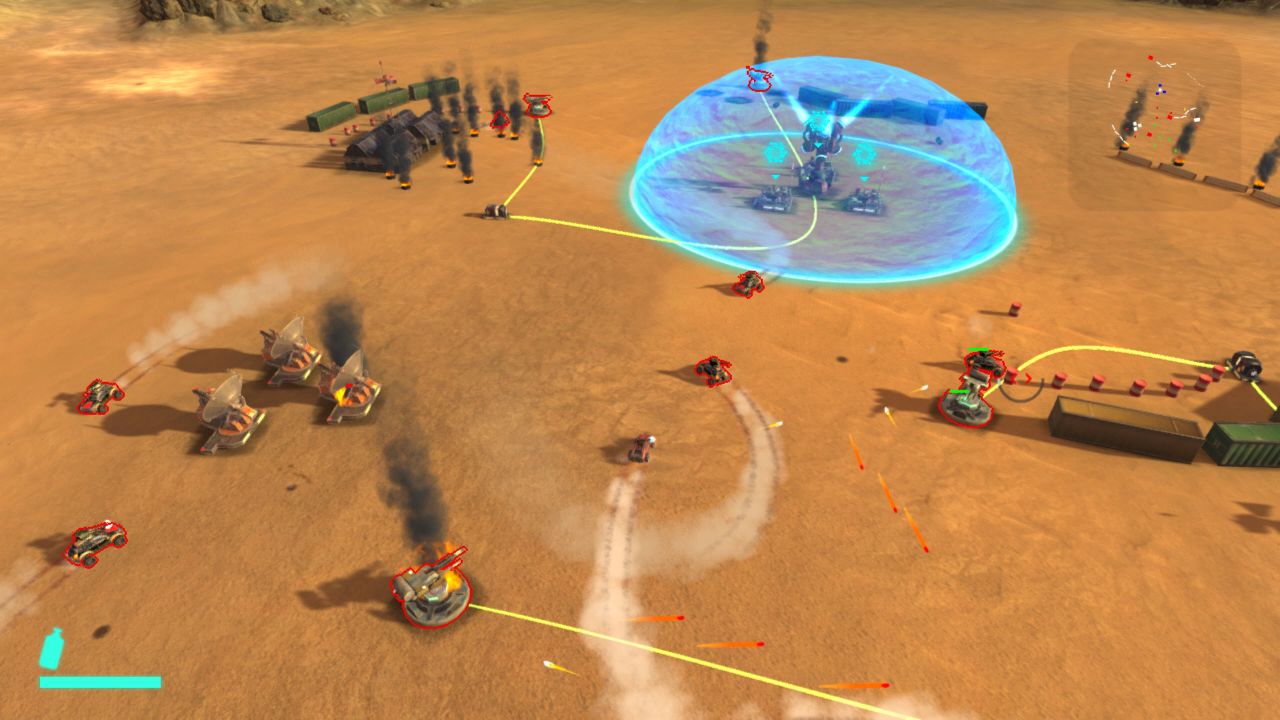 And this is how  it looks after the modifications born in a quick concept over the Steam search page: 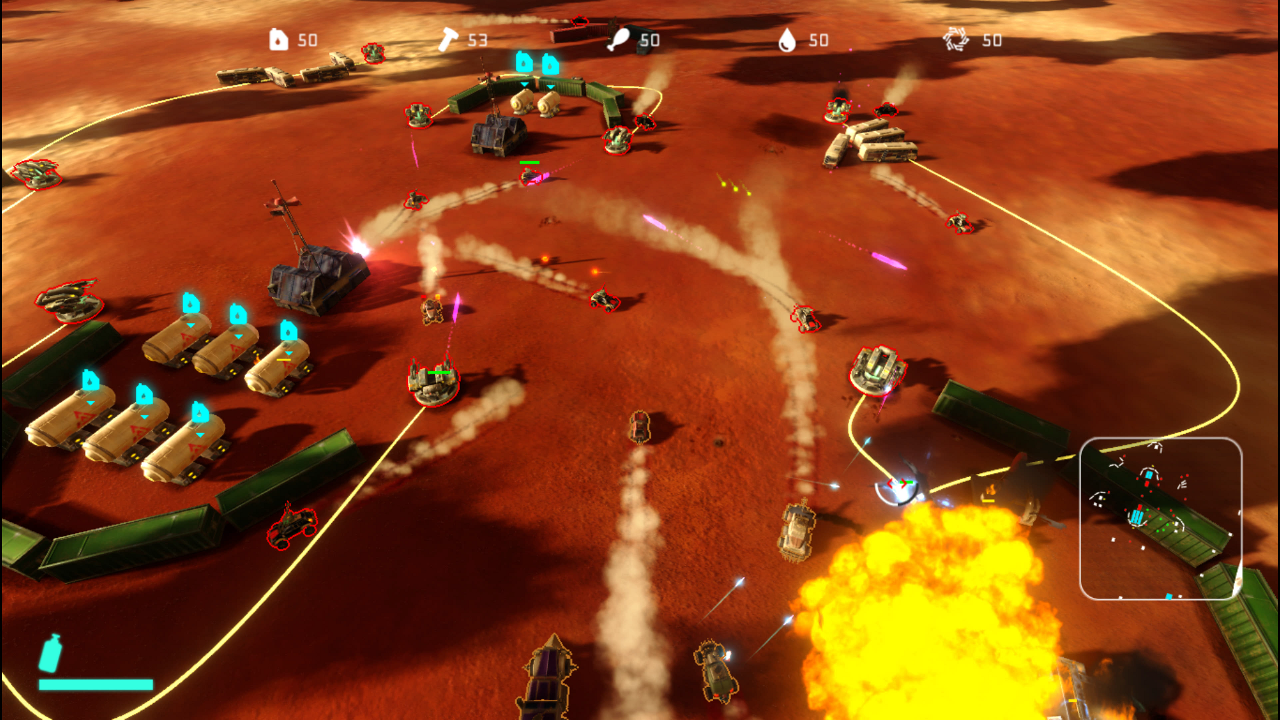