How A Taco Bell Competition Changed My Life 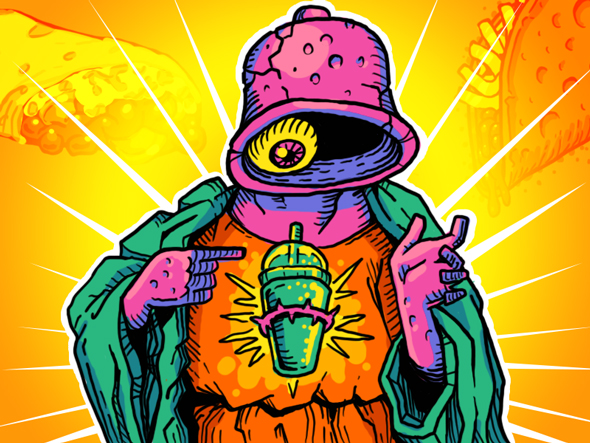 Around four years ago, while I was attending Community College and living in my parents’ basement, I saw an ad for a Taco Bell “Indie Game Garage” promotion. It presented an opportunity for aspiring game developers to send in their upcoming game’s trailer, alongside a basic description, to have a chance at winning 500 TACO-BUCKS, along with EXCLUSIVE ACCESS to some gaming figureheads, whatever that meant. At the time I was in the process of creating a genuine video-game™ alongside three longtime buddies of mine, so I thought why the hell not, and sent in our form. I told my friends after the fact, and we all had a good laugh about the opportunity to win taco bucks. We more or less forgot about it after that.

A couple months later, we got an email. We, along with 19 other developers, had “won.” After filling out some extra info, and reading the fine print extra carefully, our $500 in taco bux were on their way, and I got an invite to a dinky little Discord channel, where we would allegedly have “access” to some of gaming culture’s biggest stars.

As the contest winners trinkled into the Discord, there wasn’t much aim at the start. We would just talk amongst ourselves, ask one another about the games we’re working on, and share a sense of confusion on what exactly this “access” perk is supposed to entail. Eventually an official Taco Bell representative popped in, and informed us that they were going to schedule specific days for us to hop on different group calls with each of the VIP influencers, and that we would have the ability to publish Devlog-style posts on the OFFICIAL TACO BELL INDIE GAME GARAGE BLOG and participate in the GAME GARAGE FORUM.

We were ecstatic, were these official sites going to be promoted to the official Taco Bell social media platforms? Eyeballs are everything for indie developers, after all. No, we were informed. By the time the contest had run its course, The Head Locos Tacos Honchos had since moved on from this promotion, and would no longer be interested in featuring it. You could almost hear the sigh coming from the representative on the other end of the keyboard, as they tried to express mildly their frustration with their overlords so swiftly abandoning their little piece of the marketing machine. Knowing that, you can guess how many developers utilized that special, tucked away blog.

For a while, the Discord just went silent, and I took the minor victory for what it was, in Taco-Bucks. My buddies and I would end our little weekend development sessions carpooling to the nearest Taco Bell and eating like the 5-Layer Cheesy Beany Supreme Royalty we were, and started ironically displaying our “award” on the game’s upcoming page. Development continued as normal, with us slogging through learning a new engine since our previous one had failed us (long story), all the while trying to finish up our respective degrees. 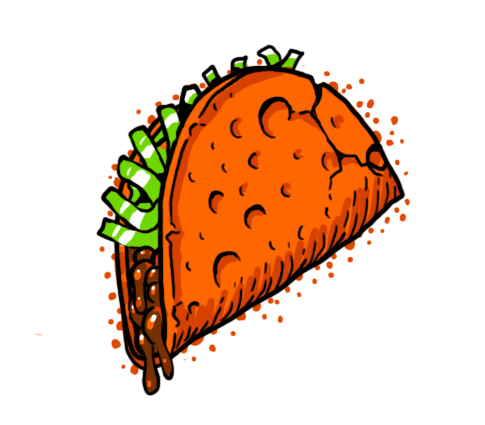 Eventually, the Discord was pinged, and we were informed that the first AMA with one of the special guests had been scheduled, with a Twitch star named Jericho. Sure enough, within the week I had popped into a call with the other developers, and with a ding, apparent internet hotshot Jericho popped in to chat with us. He was just as confused about how this was supposed to go as the rest of us and embarrassingly, it appeared almost none of the developers actually watched Jericho’s work before. Jericho laughed, mentioning that he was only briefed to offer “advice” to us developers, but being a Twitch streamer and not a developer, found himself puzzled on what he might offer. Being young and feeling fairly out of my element, I asked some very basic questions about being in an influencer’s shoes, but every developer in the chat knew exactly what outcome we were really hoping for. Inevitably, the conversation was skewed towards “So…. You think you could play our games when they come out?”

Every AMA from then played out in a similar fashion. Chit-chat, confusion, and morsels of basic questions, before asking that make-or-break question. Jessica Chobot, will you play our game? Jack Pattillo from Rooster Teeth, will you play our game? Swiftor, will you play our game? Each time, answers were similar. Usually something non-committal, at best was Jack Pattillo telling us that if we included “Taco Bell Indie Garage” in our press email when the game came out, he would at least ensure the email gets opened. These folks didn’t owe us anything at all of course, since they were just paid to chat with us, so we were grateful for any promises they offered. We were hungry little developers all just trying our best to make the most out of this goofy setup, after all. Well, not hungry I guess. We had tacos.

When the last AMA passed, the Discord remained quietly open, while we were told the underutilized websites would be shut down. God forbid. Most developers fell out of using the Discord, in turn just going back to working on our respective games. About a year or so later, our own game We Need To Go Deeper was reaching a vaguely releasable state, and in a desire to start bringing in some sort of income with our now 4-year long project, we made the decision to release it through Steam’s Early Access program. Sure enough, now was the time to follow up on those promises.

We shot our Taco Bell email 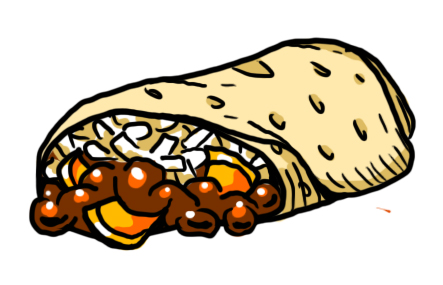 s to all the VIP influencers, among many, many more emails to every press outlet and influencer we could think of. You only have one launch, after all, or so the advice went at the time. Now the waiting game began, as our embargo date for coverage approached. Around this time we got a response from one of the Taco Bell influencers, Jack Pattillo of Rooster Teeth, who asked if the multiplayer was functional at this time, to which I excitedly replied “Yes of course! Both LAN and Online are fully functional!”

My message caused a problem that day for our network programmer Jordan, who I later found out had to madly scramble to fix a huge LAN bug that had come to his attention in time for Jack’s play session. While our online functionality was ready to go, LAN had recently broken, and so after Jordan’s rush to fix it, all we could do is hope things went smoothly enough for them and wait to see if a video would surface.

Finally, our coverage embargo date arrived, and it was time to see how our efforts paid off. At first things were quiet, a few videos from smaller channels surfaced, but not much noise was being made. It wasn’t until the week after that things started to pick up. PCGamer picked up the story, followed by RockPaperShotgun, and even the rarely-updated front page of The Indie Game Source covered the game’s launch! (the writer having apparently seen it through posts I made in our very own Something Awful game development threads, I should note) But the momentum really hit it off once we were greeted with Rooster Teeth’s coverage, a Let’s Play video that immediately splashed us with 865 wishlists the day it came out, and took us from a 1-2 daily wishlist rate to 150-200 daily wishlists. We had gained more wishlists in the days that followed than we had in the game’s entire year having a live store page. Soon other influencers took notice. In the coming months We Need To Go Deeper would be covered by even bigger channels that garnered millions of views, and even get featured on a short-lived Disney television show made for tube-tastic gamers. For shizzle.

While we weren’t a household name or anything, for all intents and purposes we had created an indie hit. We were making enough off the game at that point that my wife and I could finally afford to move out of my parents’ house and into our own little dinky apartment with our own food and our own cat. Since then I’ve been making a living doing game development on We Need To Go Deeper and other projects full-time, two-plus years of living my dream. My life has certainly changed.

But sometimes, it haunts me to think about how things might have played out had I not seen a fucking Taco Bell ad of all things. It gives me cause to wonder how often this sort of thing happens every day. We’re certainly not the only game to benefit from senpai Taco Bell noticing us, as the indie darling Streets of Rogue is another hit among the taco alumni. Our lives changed, at least in part because some overpaid executive approved and then immediately forgot about some doofy, half-thought-out marketing campaign to help sell more Mountain Dew slushies to stoned gamer bros. Huh.