How A Small Cleavage Got PIXELMAN Censored On Google Play

Our game PIXELMAN was removed from Google Play because it features a small cleavage.
Matias Kindermann
Blogger
January 10, 2019

You probably haven't heard of the game PIXELMAN, it only sold around 10k units on Google Play and a few thousand on Steam.

It's a small arcade game, and we aren't getting rich with it. The Steam version is way better than the Android one, and it makes us more money. However, Google Play was the first store where the game was released. So it holds a special place in our hearts. And it was nice knowing the game was still there, selling a few copies a week. Also, when you meet someone and tell them you make video games for a living, having the possibility of telling them to download the free mobile version right then and there is great, it can get you talking, and sometimes can even land you a job. We make most of our money making small games for events, so having that presentation card was really useful to us. 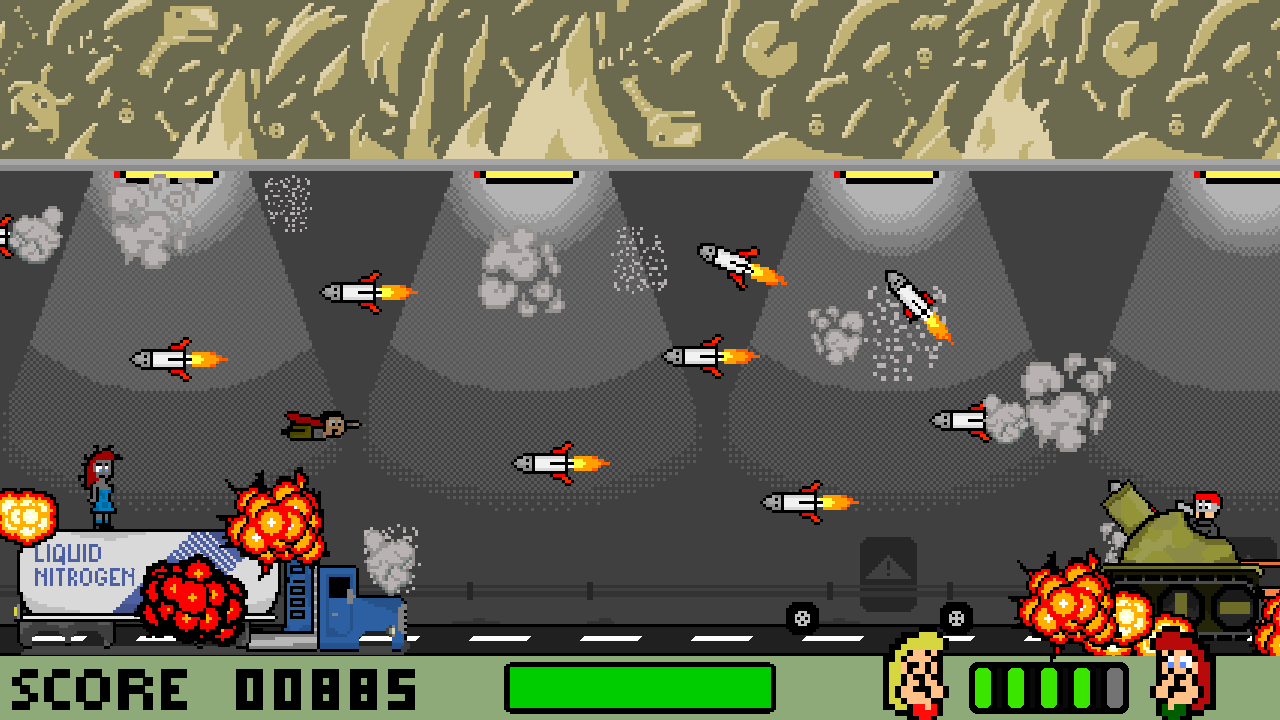 We don't make any money from this guy, but it's a cool presentation card.

Well, we received an email from Google saying that PIXELMAN was REMOVED from Google Play (no warning at all, they simply removed it) because "Issue: Violation of Metadata policy" with the following text:


Real-life, simulated, or fantasy subjects portrayed with:
Clothing that provides excessively tight, or minimal coverage of breasts, buttocks, or genitalia.

I immediately thought that had to be a mistake. Maybe Google's algorithm doesn't know how to deal with Pixel Art, so they mistook a loose pixel with a nipple? That had to be it, no one can be so prude to think that either Pixelman or Pixelgirl (you can unlock her) wear clothes that are too revealing.

I sent them an appeal letting them know that hopefully this was all a mistake, to please check again. I received an answer less than 24 hours later (at least they're fast!), this time with a (blurry) picture attachment, letting me know exactly what's the issue. It's Pixelgirl's cleavage! 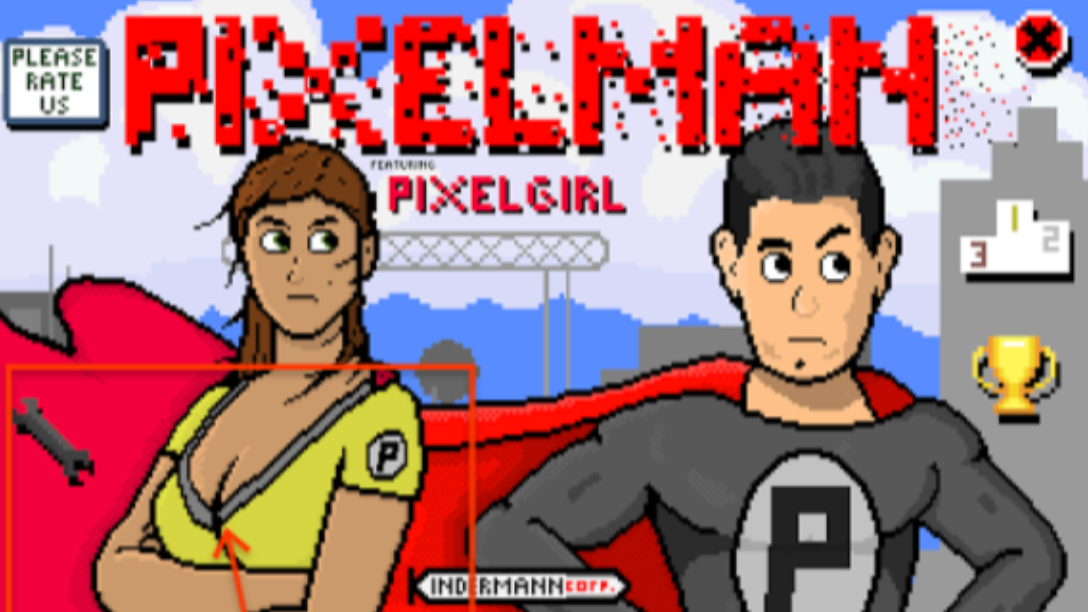 WOULD SOMEBODY PLEASE THINK OF THE CHILDREN!?

A little backstory on Pixelgirl. When we first designed the game, it was meant to be something really fast, only one character, one goal, and be done with it (here's the full game's story if you're interested).

At one point after we released the first Android version of the game (we updated it several times), and before we released the Steam version, someone told me that they really enjoyed the game, but would love to play as a girl too.

It made a lot of sense to us, so I set to design the female character (also a Ninja character, because, you gotta have Ninjas!).

I designed Pixelgirl to be a badass. She's serious and nonsensical, her hero getup is some sort of overalls, because I thought that would be what someone who don't want to think about clothing would pick.

I know, I'm not a clothing designer. I suck at it! Pixelman is basically wearing a shirt and jeans and Pixelgirl is rocking overalls. I'm 40, and I basically wear the same stuff I was wearing at 15. Clothes are definitely not my thing, and I promise I'll seek help next time I'm designing a character!

Yes, Pixelgirl has a small cleavage. It's not meant to be sexual or flirty, it's just something I thought would make aesthetic sense.

It's exactly 12 pixels long, just a pixel line. Her breasts are not hanging out, her cleavage is not exploding, and her nipples are not even noticeable under her clothes...

It's just a regular top you can see someone wearing while walking down the street.

What makes me angry about the whole situation is that Google clearly makes a distinction between music, movies and games. They treat music and movies as art, but games are just apps (even if they're sold in the same store).

So you can have album covers and movie posters showing a ton of skin, but games need to be 100% sanitized.

A small selection of album covers you can get on Google Play right now.

Even other apps, if they make Google enough money, are not bound by the same rules. Instagram is always promoting me boobs, and I don't see Google getting rid of them.

We could make a new build and resubmit the app to Google Play, but since 2016 when we released that game (and 2017 when we last updated it), GameMaker and the SDK have updated, plus we use Unity now, so it's not just a matter of painting some fabric on her chest, it would entail an almost total re-do.

As every game developer knows, after you recompile a build using a newer Engine and SDK, everything breaks, it would take weeks (maybe longer) of fixing and testing to be sure the game works as it's supposed to.

The game was making less than $100 a month on Google Play, it's not worth it for us to work that long on fixing something that to us, isn't broken.

So we're not re-submitting.

PIXELMAN now lives on Steam only, after we finish our current project we plan on remaking the game using Unity with more levels and characters, and to re-release it on Steam (hopefully on Switch too). But as for Google Play, that's the end of the road for PIXELMAN on that store.

I'm sure no one at Google will read this, and nothing will change. But maybe this will be useful knowledge to you, fellow game developers.

If you're interested in checking PIXELMAN out on Steam in all its cleavaged glory. Get it here!