Through case study of our free iOS game “Swarm of the Dead”, I hope to share our experience and generate some discourse about how to optimize an indie games’ performance in China and increase revenue.
Sally Poh
Blogger
February 21, 2014

“Swarm of the Dead” is our 5th iOS game and none of its predecessors have garnered as much attention from the Chinese players and reviewers like this zombie RTS did, even though it was conceptualized and designed for the US market.

Through the case study of “Swarm of the Dead”, I hope to share our experience and generate some discourse about how to optimize an indie games’ performance in China and increase revenue. 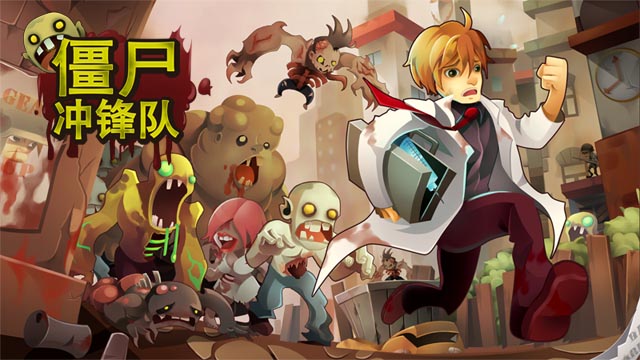 Some background info about SOTD

Official downloads of SOTD in China is 5 times more than that of US, which has the second most number of downloads. As we are running advertisements in the game, this number becomes very significant.

(According to analytics from our ad networks however, the official downloads from China is only reflecting about 1/3 of the actual number of players in that country.)

IAP revenue was two times more than that of US in the first 2 weeks, but gradually became on par, possibly due to the IAP hacks.

Ad revenue from China is 7 times more than its IAP sales and is a consistent figure across the months.

Save for giving out a couple of promo codes 2 weeks prior the launch of SOTD to TWO Chinese review websites, which yielded no response, we basically did nothing. 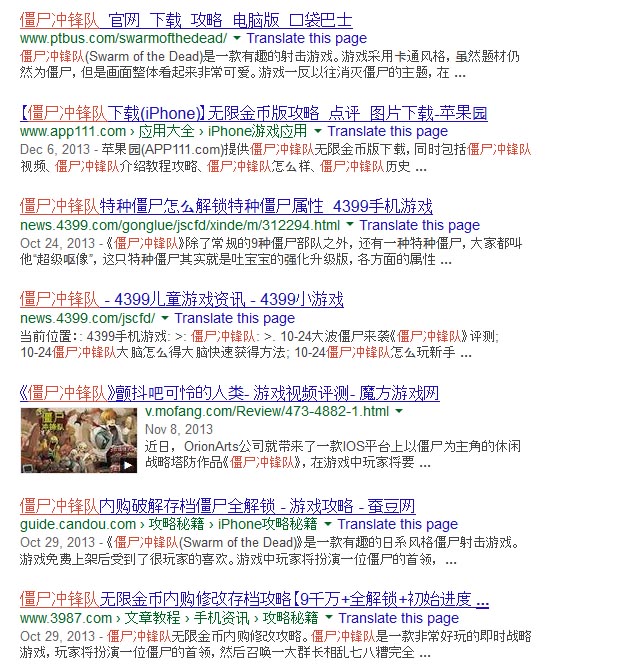 12 hours following the launch though, we got our first and very comprehensive review of the game. In total, SOTD garnered about 60 game reviews from various Chinese websites, including Baidu, renren, tgbus etc within the first 2 weeks.

At its peak, SOTD was featured under “What’s Hot” (Strategy Games Category), ranking at #9 a month after its release. It’s been 4 months now and we were ranking at #78 before we shot back up to #28 with a content update targeting the Chinese players.

What (we think) we did right... and perhaps you should think about it too.

SOTD was translated into Chinese (and Japanese) and there were a couple of reviewers who commended the language support. It makes the tutorial much easier to understand, especially for players who are not familiar with the game genre but are interested in giving it a try.

It’s difficult to monetize players and it’s even more so with Chinese players because they are 1) shrewd; 2) spoilt for choice (who isn’t these days?) and 3) they have great hackers (Our IAP hacks were available just some 12 hours after launch).

Monetising through ads in this case makes good sense if you cannot get players to pay from their pockets. Better still, find a Chinese ad platform because the players are familiar with how incentivized downloads work and are willing to do watch trailers/ download free games in exchange for game currency.

According to our experience, the Chinese ad platform that was incorporated into SOTD later not only has no effect on the English ad platform but instead generated extra revenue. This could possibly mean that 1) there were not enough English ads to feed the players or 2) the Chinese prefer using/ watching something they are familiar with.

If you are interested in incorporating Chinese Ad platforms, do note that technical support (incorporating SDK and perhaps remittance) may not be readily available in English. Do sort out with the respective parties earlier to avoid delays and disappointments.

SOTD was released a week before Halloween.

While there were many big games with their Halloween version competing for attention, reviewers were also trawling the App Store during this time and compiling their list of new games to feature for the season.

I guess we stood out among the other Halloween theme apps because the timing was good. We had the right keywords, title and description in Chinese at that time. The familiar language made it less daunting to pick up and it’s intriguing because SOTD didn’t look like the typical Chinese game.

SOTD is under 50 MB and does not require an internet connection to play. It’s a huge plus point in China because the speed and coverage of China's 2G and 3G network is an issue and data plan can be very expensive.

I was speaking with the Chinese ad platform and they have shared that the top revenue earners on their network consist of racing, shooting, and strategy games-- apps that get the adrenalin rushing.

I guess Zombie carnage has the same simulative effect too?

Interestingly, another Chinese publisher whom we spoke with suggested that we include a “sexy and voluptuous” zombie goddess into the game because it’s the kind of thing that their players love to see. If you’re interested in courting the Chinese players, perhaps this "sex-and-violence" combination is something to consider since the Chinese population (after the implementation of the one child policy) is skewed towards the male population.

Anyway, just for your information on our "courtship"-- we did update SOTD with Shaolin Kungfu Monks and Chinese Zombies "Jiangshi" to woo the Chinese players. Not that the Zombie goddess was a bad idea, but we wanted to 'move on" instead of re-doing something that we've already put out there.

Following the encouraging figures from the iOS version, we've been wanting to tap into the Chinese Android market, which makes up the majority of the Chinese mobile user market share.

However, it's a tricky issue because China has over 200 Android App stores, and the popular ones (run by Telcos and handset manufacturers themsevles) each has their favored ad platform (usually run by a sister company).

We've just ported SOTD to Google Play today and it'll be interesting to see how it fares.

The payment system for Android games in China is also very different from the rest of the world and requires customisation and dealing with the individual App Stores. Sounds like a lot of work which we are not ready to tackle as of now.

If you are interested in checking out Swarm of the dead, download links are as follows
- iOS version here
- Android version here