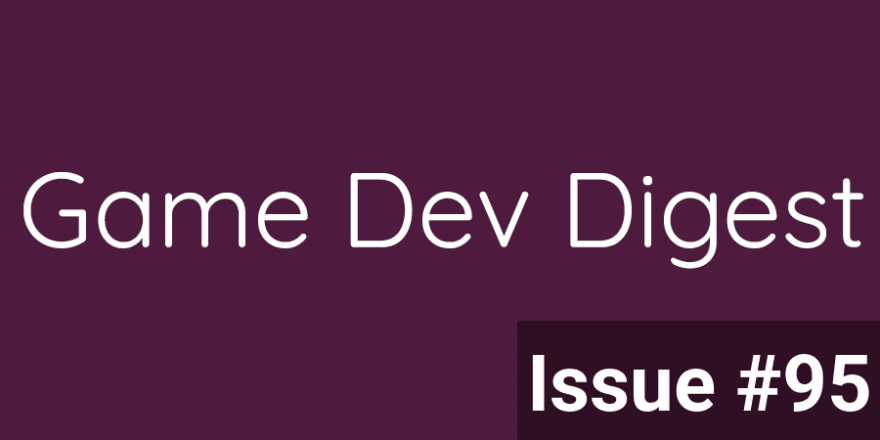 Animation, whether its procedural, physics based, or using animation clips, there is something for you in this issue. Plus more on C# scripting, VFX, shaders and tons more. Enjoy!

It’s showtime! New tools for cinematic creators - Creators of film, TV, and animation – you need specialized tools to tell your stories. Announcing an Open Beta for you. Read on to discover some of the latest workflows and features that make Unity easier and more powerful for cinematic artists.
Unity

Game Programming: Delayed Result Gathering - I wish I had known two particular optimization techniques when I was working on my game projects back at school: delayed result gathering and time slicing.
allenchou.net

Triangle Solver - I made an interactive triangle solver. It also outputs code for you to copy/paste into your projects :) try it out now
Freya Holmér

How To - Basic Inventory in Unity (Part 1) - An inventory system can be tricky to achieve, especially if you are a beginner, so, for those of you that keep scratching their heads, here’s a tutorial on how to create not one, but two types of inventories.
blog.gamedev.tv

Unity UI test automation: how to write tests for your game interface - The Unity Test Framework provides a basic way to write automated tests for your game. While it's fairly easy to test simple game objects with Unity, making sure the user interface works as expected is another story.
gameconductor.net

A Day of Maintenance (Jam Version) - In Unity, turns out there's a straightforward way to implement your own pre-build checks, and block a build if they fail! Hooray!
bighandinsky.itch.io

Load, unload and change assets at runtime with Addressables - Addressables are “the right” way to properly manage dynamically loading assets within your game. It also helps tremendously with memory allocation. In this tutorial, you will get an overview of what the Addressable system is, the benefits in using it, and how to dynamically load/unload an addressable.
gamedev-resources.com

Input in Unity made easy (complete guide to the new system) - In this in-depth guide you’ll learn everything you need to know about getting started with Unity’s new Input System, how it compares to the old system and whether or not you’d be better off using one of the Unity Asset Store’s purpose-built solutions instead.
gamedevbeginner.com

Paper Lanterns - This is a small shader graph tutorial on how to recreate my Paper Lantern shader.
Kelvin van Hoorn

Tech Art Chronicles: What Are SDFs Anwyay? - So what in the world is an SDF? SDF stands for Signed Distance Field.
joyrok.com 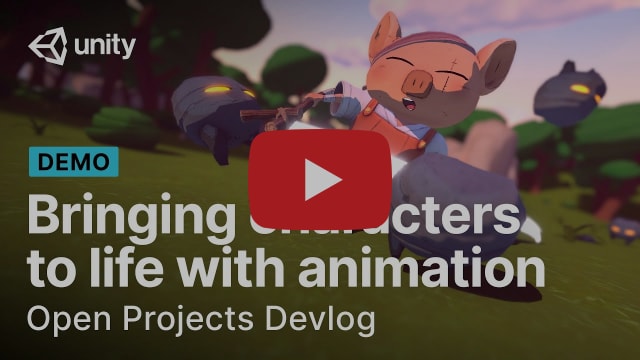 Bringing characters to life with animation - Discover how we infused life in Chop Chop's characters using all of Unity's animation tools, handling a variety of use cases like walk cycles and locomotion, using tools and weapons with IK, layering different animations, randomization, and dealing with complexity in the Animator Controller state machine.
Unity

Basics of Partial Derivative Shader Funcs in Unity! DDX, DDY, FWidth | Game Dev Tutorial - To continue investigating mipmaps, I want to introduce the partial derivative shader functions in Unity URP! These functions, DDX, DDY, and FWidth, seem magical! You can pass any variable to them, and they'll give you the amount it changes over one screen pixel. Let's see how they work, how they relate to mipmaps, and how to use them for interesting effects!
Ned Makes Games

Improving my VR Sword Art Online RPG game (Unity) - Hi, I didn't really like my game environment from the last video, so this week, I decided to improve the look of my game. Video was a little bit rushed because I wanted to hurry fixing my broken APK XD. But yeaaaa you guys can play the demo of this game in the link below now.
Jasony

$14.99 Bundle - save up to 76%
This bundle contains: Loading Screen Studio, Swarm Of Bats, Umbra Boundary Builder, and Runtime Transform Gizmos.

$29.99 Bundle - save up to 83%
This bundle contains everything from the $14.99 bundle, plus Dungeon Maker, Fog Volume 3, Jujube Map Editor | 3D Level Designer, VertPaint, and Simple Waypoint System.

Mixture - Mixture is a powerful node-based tool crafted in unity to generate all kinds of textures in realtime. Mixture is very flexible, easily customizable through ShaderGraph and a simple C# API, fast with it's GPU based workflow and compatible with all the render pipelines thanks to the new Custom Render Texture API.
alelievr Open Source

EZSoftBone - A simple kinetic simulator for Unity, you can use it to simulate hair/tail/breast/skirt and other soft objects.
EZhex1991 Open Source

Hairibar.Ragdoll - A Unity package for making ragdolls and animating them with keyframed animations. See it in action. [or how about Active Ragdolls by Sergio Abreu García]
hairibar Open Source

WAV Loop Editor for Unity - Edit .WAV file loop metadata in Unity.
Unity has limited support for looping metadata in .WAV files. It allows specifying a loop start and end point which will be used when inside the loop (Audio will still be played back from the start). A very common use case is music with an intro that should be skipped after a loop, which requires precise timing. Most other tools that support this functionality are either not widely available, unmaintained or complicated to use, so this tool was created to allow editing loops with a simple interface directly in Unity.
SkaillZ Open Source

Curved-UI-Utility - A Unity package that makes it easy to curve your HUD and give a more immersive first person experience.
Caeden117 Open Source

Figma To Unity Importer - Tool that imports nodes from Figma into the Unity. Before using I want u to notice, that the project is raw, and I can't promise you that I will develop it intensively. Some features are not ready yet. Some features are impossible to quickly recreate in Unity.
ManakhovN Open Source 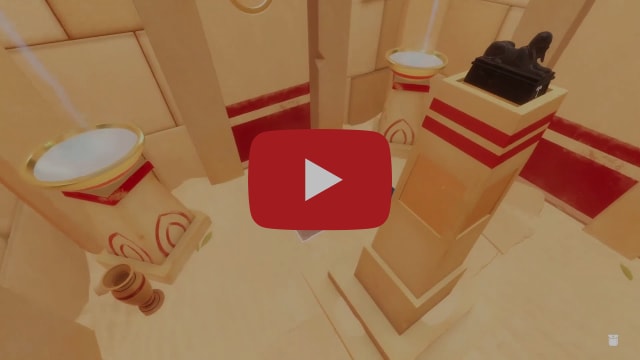 Developing an Escape Room-Inspired VR Game in Unity - Vladimir Koščica talks about the intricacies of designing a multiplayer game that also supports VR and explains why lighting and texturing are crucial for setting the mood in the game.
80.lv