Highlights from the history of advergames.
Herman Tulleken
Blogger
June 13, 2019

Since we at Plinq make advergames, we often need examples to show to our clients. Unlike the more glamorous “entertainment games”, advergames are somewhat obscure, and it can be hard to find good, relevant examples. So my team put together a big list of about 100 advergames, and from doing this, we learned quite a lot about them. In this article, I share some of that.

(If you want to browse the list, you can do it here. It has a short description and relevant facts for each game. You can also search by genre, brand, industry, and so on. A shout-out to colleague Benjamin Hardy who did the bulk of the work to find the games and information about them.)

Update: We made a video highlighting some of the most interesting facts: 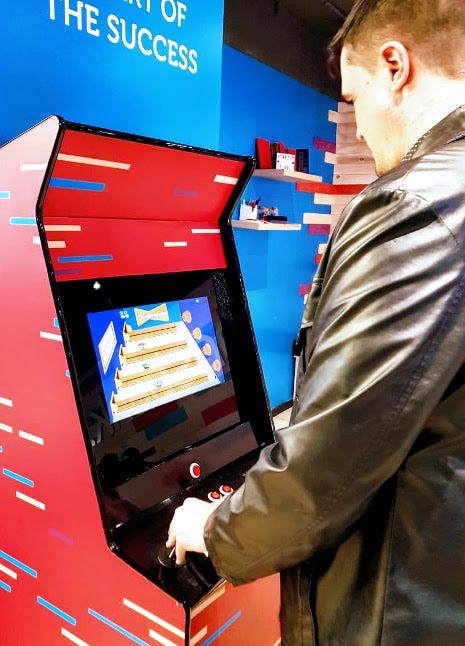 Advergames are old. The first woman game programmer, Carol Shaw, was working on an advergame scheduled for a campaign in 1978. The game, Polo, was developed for the brand Polo, and features the sport polo. The promotion of the game was canceled, and the game was never finished. However, it appeared twice as a prototype (in 1996 and 2002).

The first advergames in actual use seem to be from the year 1983. One of them, Tapper, is an arcade game developed for Budweiser. The player has to serve customers beer before they get too grumpy and collect their empty glasses before they fall to the floor. The game was intended to be sold only to bars, but it was so popular that regular arcades bought them too. To avoid advertising alcohol to children, the developers changed the logo to a generic “root beer” logo. (Root beer is a type of non-alcoholic soft drink they drink in the United States).

Tapper is one of the games featured in Wreck-It Ralph and 1001 Video Games You Must Play Before You Die, and therefore a classic in its own right. 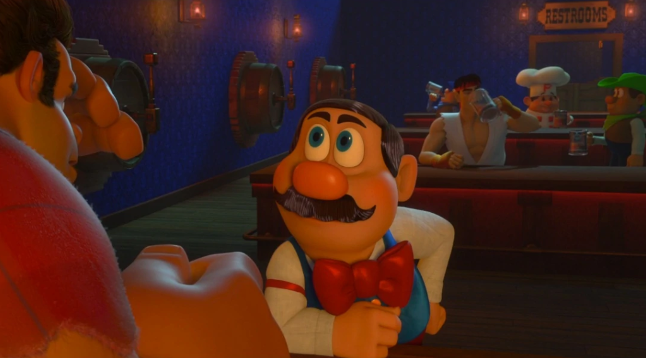 Can advergames actually be fun and popular?

Chex Quest is a game released in 1996 for Chex cereal. It was built with the DOOM engine and inherited a lot of the classic FPS's gameplay (although it is less violent). The game was given away for free with boxes of cereal, leading to a substantial increase in sales; 42 million copies were distributed! The promotion lasted only six weeks, but the game gained a devoted following which ultimately led to two sequels. Chex Quest 2 was released in 1997. Chex Quest 3 was developed as fan service by ex-employees from the original developer in 2008, but was eventually re-released "officially". And this year (2019), a video was released showing a new HD version of the game in production.

Burger King has made several games, but Sneak King is by far the weirdest — and most successful. Sold at Burger King stores for $3.99, a whopping 2,000,000 copies were sold, making it one of the top-ten best selling games in 2006. Reviewers thought the game was average, but the peculiar mechanics — you sneak up on hungry people to feed them burgers — made the game suitable for cult status. 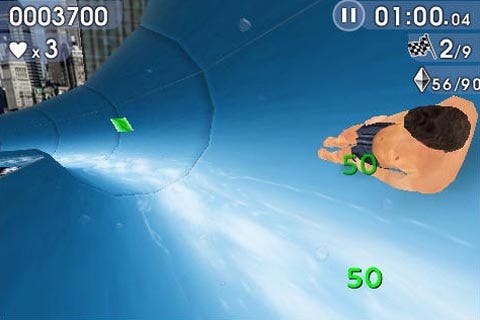 Barkley Card Water Slide Extreme was released in 2009, and become the top free iPhone app in 57 countries. Five years after release, the game was still attracting 85 000 daily active players. By 2019 it had 55,000,000 downloads on the Play Store, making it probably the most played advergame of all time.

Advergames are often clones of successful games. I already mentioned Pepsi Invaders and Chex Quest. There is also Brisksaber (a clone of Fruit Ninja); Tony and Friends in Kellogg's Land (a clone of Super Mario Brothers), Mad Mix Game (a clone of Pac-Man); Toyota Run (based on the 1986 classic Out Run); and the list goes on. Reskinning is also common; in one of McDonald's games, the player character was merely replaced with another to become a 7 Up game.

But many games are creative works that can be appreciated for their design or style.

In the Dutch Pritt game Knutselwereld (“Craft World”) released in 2009, the world is made from cardboard, rope, cotton wool, and resembles art young children make in school. It reminds me a bit of Amanita Design’s Samorost. 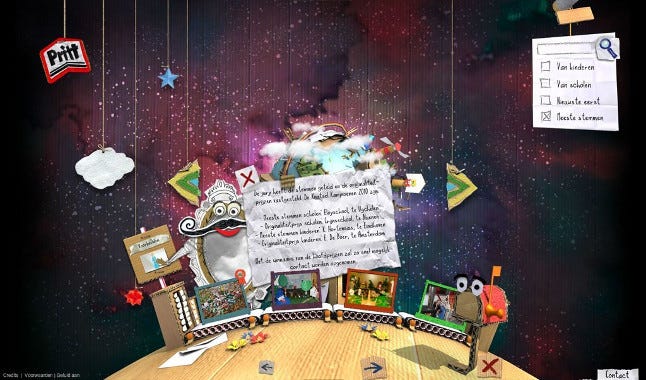 The Adidas ZX Runner uses only two colors on black; the only colored bits of the character are markings on the shoes and wristbands. The silhouette of the player is visible when they move over colored background elements. 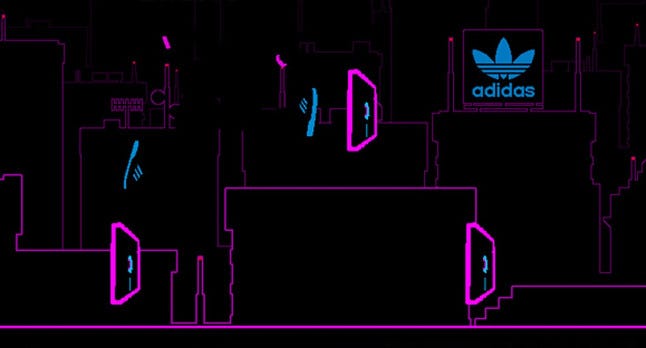 The prettiest advergame on our list is probably Crabs and Dolphins, made by Coca-Cola (in conjunction with McDonald’s). You play as a crab trying to return a soccer ball to penguins in the Arctic, who lost it when the wind swooped it up and brought it to the tropics. 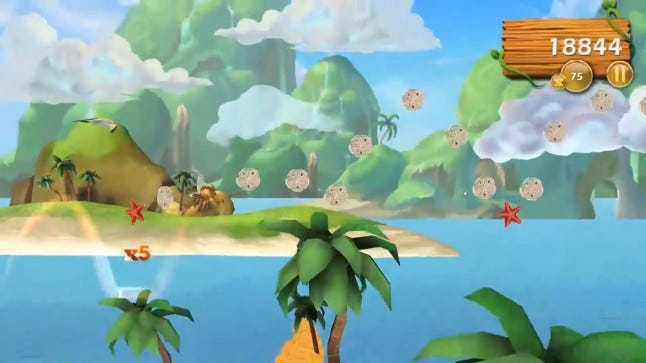 America’s Army is a reasonably well-known game used to recruit soldiers to the USA army. Lesser known is Navy Training Exercise: Strike and Retrieve, a game meant to promote the USA navy. I could not find out much about this game (you can still buy old copies on Amazon), but this type of imagery is certainly intriguing. Who would not want to join the navy if this is what is in store for you? 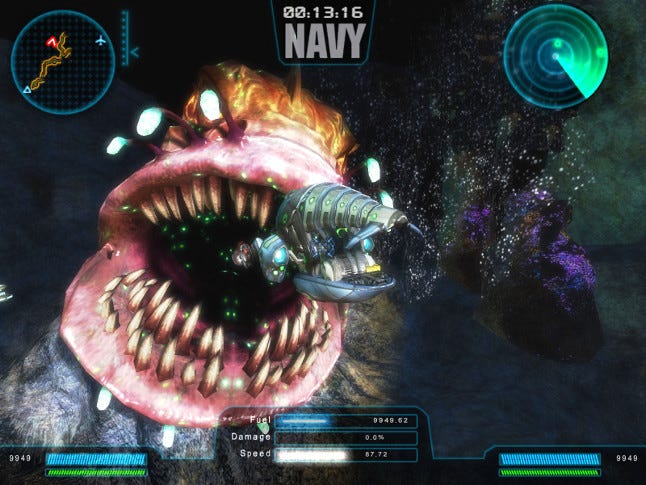 Pushover, made for Quavers and released in 1992, is a charming puzzle game, and I got a little addicted to it while doing research for this article (you can find it on Steam). There is a bunch of dominoes, and you have to push them over. The blocks have different properties — some fly and some jump — and you have to arrange them in just the right order so all of them will fall and you can clear the level. 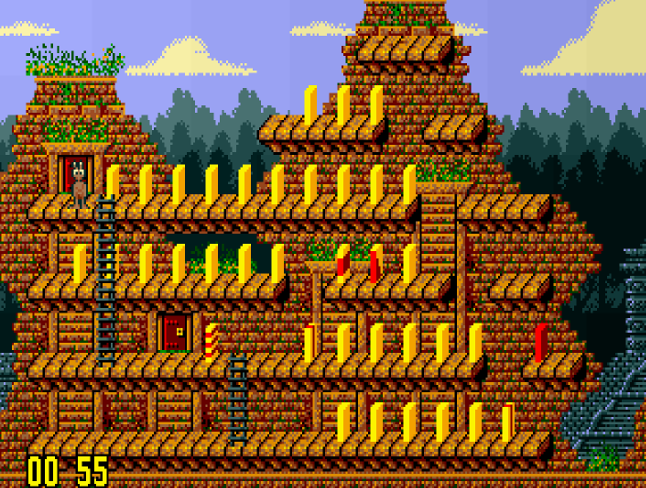 M.C. Games (a McDonald’s game released in 1992) is another example of excellent game design. Although it was very similar to Super Mario Bros 3 and StarTropics, reviewers hailed its novel mechanics, such as a device that spins the player around and changes gravity. (It surprised me to learn that McDonald’s sold the game for $49.99, which seems very expensive for an advergame!) 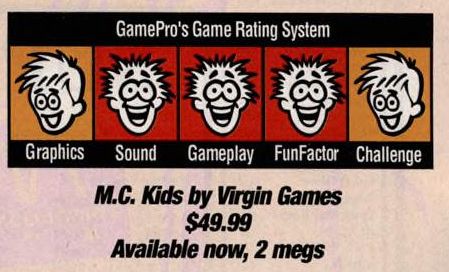 Magnum Pleasure Hunt (released 2011) is a unique platformer. The theme of the game is to hunt for treasure “across the Internet”. The game world looks like actual and imagined websites, and the player can run and jump on text boxes and images to collect chocolate bonbons. There is also swinging, flying and driving. Magnum partnered with many other brands whose web sites become part of the game’s “Internet”. (As you can imagine, this is not a very pretty game.) Players really liked the innovative promotion, and the game had some 7,000,000 players.

KFC’s Colonel Sander’s Kentucky Fried Football Challenge is an unusual choose-your-own-adventure-style game played on Instagram. In each stage, you choose a “play” that let you gain or lose some yards; this takes you to a different Instagram account where the grid represents the football field in its new state. The cell with the KFC bucket is a video showing the play, and the description has links for the next plays. 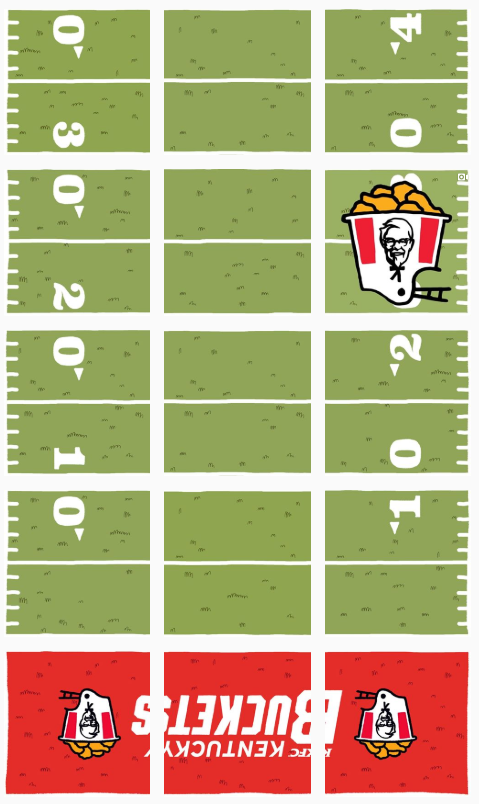 Failure comes in many forms. The most common is probably failure by poor game design; so many advergames are plain boring. Another common failure (as anyone who regularly makes advergames knows) is when projects that get canceled or dropped, sometimes late in development.

There are many reasons why this can happen.

Maybe the marketing manager of the brand changed, and he is killing all his predecessor’s projects. Or the developer underestimated the development time, and the game is not finished on time for whatever promotion it was paired with. Or perhaps there is sabotage by a third party (all the different providers fight hard for a slice of the marketing budget). For Fido Dido, it seems the reason was that the brand (7 Up, in this case) changed its mascot, and the original mascot used in Fido Dido was not relevant anymore. The game was finished in around 1993, and although it was not officially released, the ROM dump was leaked. The situation was confusing enough that many thought the game was released, and the game even got some reviews.

Some games are really questionable: from the creepy Mojo Master for Axe (you have to use special moves to seduce women) to the disastrous Hire Hitman, a Facebook game intended to market the console game Hitman Absolution. In Hire Hitman, you could place a “hit” on a friend or point out “her awful make-up” and worse. The game was pulled a few hours after its release. (This is not the only indecent where marketing of a Hitman game made the news for questionable choices.)

There is also research that shows advergames have an especially powerful effect on children. Children are not aware that they are consuming advertising, and games make them like the brand more, and subconsciously influences their purchase decisions. This is problematic when combined with certain types of products such as junk food, and has led to bans in some countries such as the UK (along with other media used to advertise specific products to young children).

The proliferation of first Flash games, then mobile games, changed advergames in a few ways. When so many games are now free-to-play, advergames are more often free than not. (Monster Energy Supercross - The Official Videogame and its sequel, both on Steam, are recent counter-examples.) But they also become more disposable. Many companies do not try to preserve their advergames, even when they work well according to the selected metrics. So while it is possible to play Tapper and other older games today, many newer games are lost, and we are left only with the odd screenshot or review, sometimes even when they were hits. (This is a problem for other types of games too.) And more recent kinds of advergames — banner-games, for example — are even more disposable.

As VR and AR are becoming more mainstream, it is offering additional opportunities for companies to create compelling experiences to sell their products.

After the success of Magnum’s Pleasure Hunt I mentioned earlier, the company made several sequels. I found five, but videos with two different Magnum games both claim to be about the second. One of these games was an AR clone of Pac-Man set in the central streets of Amsterdam. You hunt down chocolate bonbons, and if you can survive the greedy mouths that chase you, you could claim a real ice cream for your reward.

A VR example is KFC's rather dark “training” game for the Oculus Rift called The Hard Way (2017). The player can escape eternity with General Sanders by successfully cooking some fried chicken.

For the launch of their new running shoes in Shanghai, Nike used an impressive VR/AR mix platformer Reactland. Players take a pair of sneakers, a controller, get on a treadmill, and get to run in simulated environments displayed on walls around them. 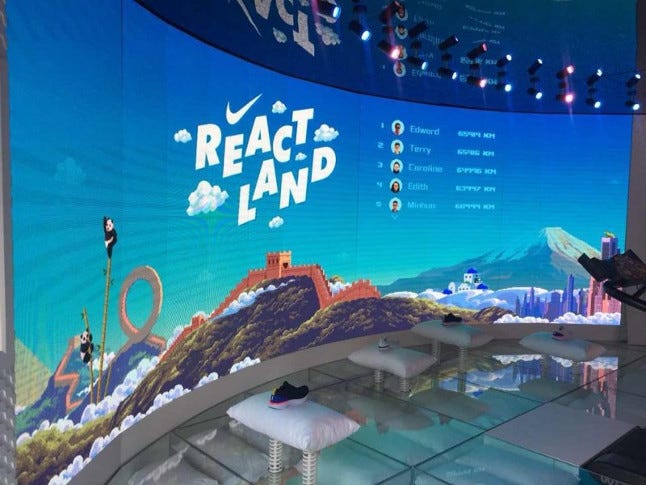 Now that the games industry is one of the biggest, some brands are integrating games in their marketing in ways that go beyond advergaming. KFC, for example, launched a KFC gaming, a division devoted to growing a community around games and KFC-sponsored esports events. Similarly, Arby’s has tried through its marketing to engage with gamers by incorporating references to games. 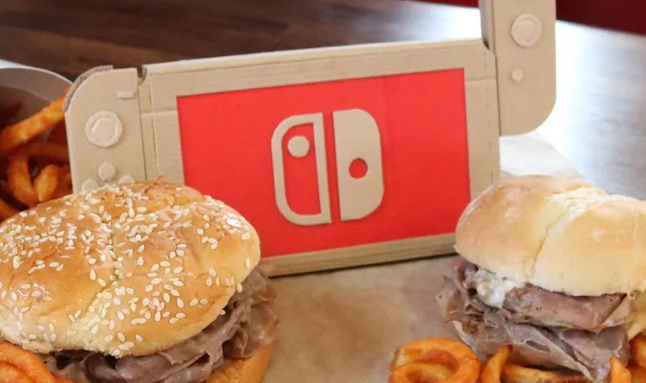 It's almost 40 years since the first advergame appeared. But there is no sign (nor reason) that advergames won’t thrive for another 40 years.