Do social games take advantage of, or even create, mentally ill players? Should the developers of addictive games be responsible for policing usage, or should we leave that up to our government, as we do with alcohol, drugs, tobacco, and gambling?
Ryan Creighton
Blogger
March 08, 2011

From reading my surprise guest rant at GDC this year, you might think i'm a card-carrying member of the Zynga Fan Club (a club which forces you to re-confirm membership every fifteen minutes, and which sells you an auto-re-confirmation cantelope for $2).

A lot of what motivates people to gripe about Zynga stems from either jealousy, or the fear by core gamers that Zynga will become so popular that their precious triple-A first-person-head-exploder games will fade from existence and they'll be forced to decorate bunnies and rescue little lost restaurants for the rest of their lives. 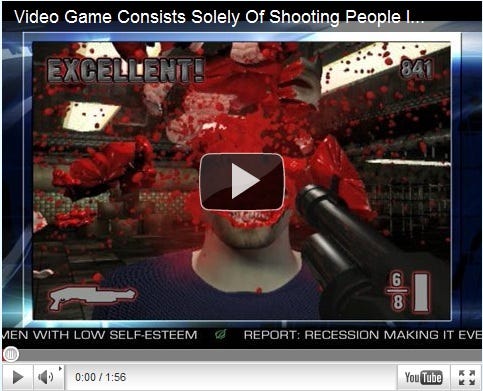 Don't cry, little boys: these games will be around for a long time to come.

i think the money Zynga makes is well deserved, and that players should be able to decide for themselves when a game becomes too rote or too addictive without it offering them enough value for their time or dollar.  But i don't give Zynga or its competitors a license to exploit. There's one area in which i feel that social game developers need to act far more ethically, and if they fail to do so, i may even advocate the same type of government regulation that limits the use of tobacco, alcohol, drugs, gambling, and any other addictive substance or activity.

A Moment with Mitchell

A few weeks back, i was at a very small gathering of students at the Herve Velasquez School for the Digitally Inclined, where i used to teach until they fired my ass.  The game development students run a club, which offers everything from Magic: the Gathering tournaments to 3D speed modeling competitions (in which the students use all three dees). 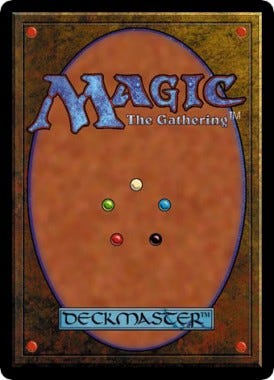 This particular week, the students had invited Mitchell Smallman to speak.  Mitchell is a writer for a social game on Facebook that's raking in money left right and centre, as Facebook games are wont to do. Throughout his talk, Mitchell tried to dislodge the students from their biases against social games, and making games (of any stripe) with profit as the main intent, his first bullet point being "get over yourself."
This was all fine and dandy.  But toward the end of Mitchell's rant, he dropped a megaton bomb: Mitchell Smallman said, in a clear but apologetic voice, "the problem with social games is that they exploit the mentally ill."

Going Off the Whales on a Crazy Train

To explain himself, Mitchell began describing his game's "whales".  This is a term borrowed, uncoincidentally, from the gambling industry, which decsribes enormously rich people who jet in to Vegas, drop a disgusting amount of cash at the tables, and jet back out again having had, one supposes, tons of fun. 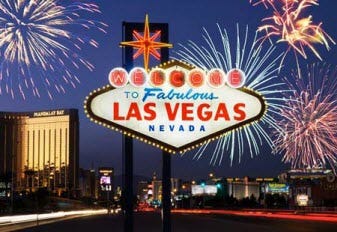 What you happen to spend in Vegas, stays in Vegas.

Mitchell talked about some particular whales in his social game: two Bay Street (Wall Street) investment bankers who were competing to knock each other off the high scores list, and in doing so, dropped over ten grand apiece.  We had a good, if nervous, laugh over this. 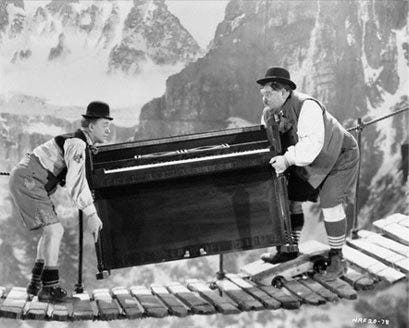 Last time i dropped a grand, i was a piano mover and i ... lame joke.  Abort.

But Mitchell's tone turned serious when he confided in the group that a good number of the whales he sees are actually people who spend an alarming amount of time in the game, and who spend an enormous amount of money not necessarily because they're having fun, but because they feel they have to.  These are the first people to angrily harass the live team when the game is down, or when something doesn't work as they expected it to.
And simply from the timbre of their forum banter, Mitchell said he could tell these folks weren't of sound mind.

At this point, of course, you can interject that Mitchell Smallman is not a licensed psychologist. But come on, friends.  We regular people can smell crazy on our own just fine.  If we couldn't, we'd all be wearing Snuggies out on the street like they're haute couture. 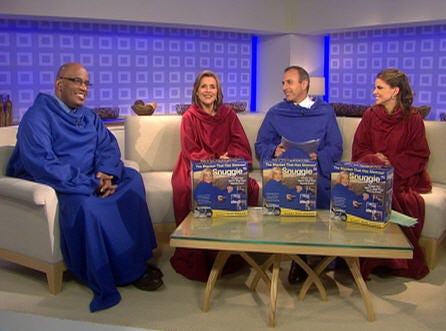 Well Katie, it's Fashion Week here in New York, and ...

With Mitchell's confession in the back of my brain, i attended a GDC "debate" on the validity of social games, titled "A Debate: Are Social Games Legitimate?". i put "debate" in dick quotes because, like many of the panels in the conference's social games discipline, obvious croneyism kept the session from being truly worthile.  The panelists were three developers who made social games, and one academic who had made a satirical social game but was nonetheless doing well by it.

So that's three "fer", and one sardonically "agin".  That's supposed to be an argument?  That's like asking four members of the Wu-Tang Clan to debate the merits of "peein' on bitches." 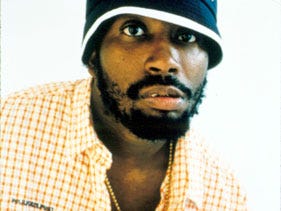 The debate unfolded with all the ferocity of a sorority slumber party pillow fight, with the only true opposition coming from Ian Bogost, who gently massaged the other panelists with soft suggestions of how they may be gently bruising the industry, if you please.
Daniel James, CEO of Three Rings (Puzzle Pirates), who i figured was supposed to be quasi-oppositional (merely because his game wasn't on Facebook?), clamped up pretty early in the debate when he very visibly realized that any criticism leveled at the Facebook developers could easily be aimed squarely at him, and at point blank range to boot. (Daniel said he would be "personally distressed" if his game relied too heavily on gambling tricks, and despite me being a fan, i wondered what planet he was on?  Puzzle Pirates hosts regular POKER MATCHES, ffs) 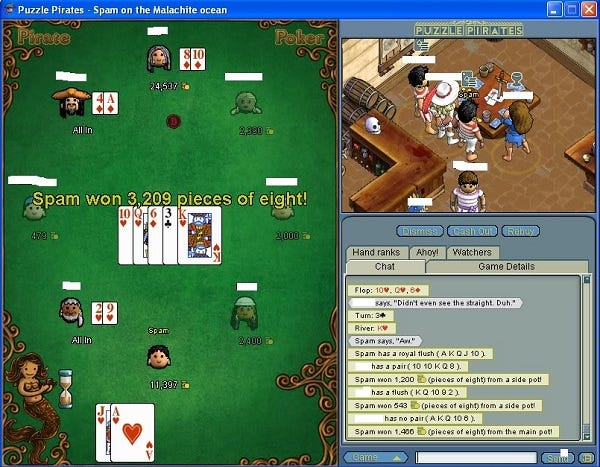 By the time the back-patting was over and the session had ended, i was still hoping to see a little fur fly.  i took to the mic during the question period (as i do), and laid the groundwork with Mitchell's initial whale stories. Then i asked the panelists point blank: do social games exploit the mentally ill?

Getting the Heck Out of Dodge

Nabeel Hyatt from Zynga responded with a classic dodge: "What do you mean by 'mentally ill'?"

Ah. Would this be an argument over semantics?

"You know - mentally ill," i said. "Like manic-depressive, schizophrenic, or obsessive-compulsive. That type of thing."

Nabeel gave it another shot.

i reiterated: were social games primed to exploit, or even promote, players' mental illness to encourage them to play more often and to spend more money than they really should?

What followed was a bent-over-backwards dodge of Matrix-esque proportions. The panelists, primarily Nabeel, began by redefining mental illness as "fandom".  "i used to collect a ton of comic books when i was a kid," said Nabeel, "was i mentally ill?"  To my dismay Ian Bogost, in what i saw as an abuse of hisrole as the panel's sole devil's advocate, came to Nabeel's aid, asking (with patronizing pedagogy) whether enthusiasm for popular culture didn't border on madness?

My time at the mic was up, but i thought No, you creeps - i'm not talking about Bieber fever here ... i'm talking about the kind of people you watch every week on Hoarders.  Actual, real people who can't, like the rest of us, reason their way out of playing an addictive social game because it's eating up too much time, money, and sanity. 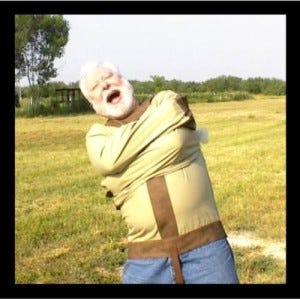 Of course, no social game developer in his right mind would suggest that these types of people need to be limited in their play time and spending.  These are their whales, after all.  These are the  people pushing up their ARPU and scoring them the cash.  If anything, social game developers would do well by attracting (or even CREATING) more mentally ill players, because only someone out of their mind would spend real money on things that don't really exist (as the panel's moderator Margaret Robertson suggested, jokingly).

So, the question: should companies like Zynga and Playdom be regulated by the government to limit time and money spent when players cross a certain activity threshhold?  Or should the governemt stay out of it, and should these companies voluntarily develop these limitations borne naturally of their own corporate ethical policy?

And if these companies continue to be left to their own devices, will these innate ethical practices ever emerge?

We regulate and legislate smoking, drinking, drugs, and gambling, but we don't throw shopaholics in prison.  Aren't these people just online shopaholics?

COUNTERPOINT!  Isn't the key difference that we're not tracking the every move of brick-and-mortar shopaholics, but we ARE tracking every move of our online players?  Since we already know everything they're doing, isn't it incumbent upon us to act to prevent them from harming themselves? 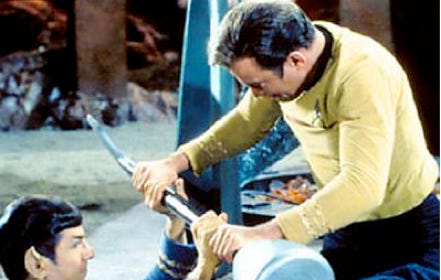 Erm ... sorry about that.  i got carried away.  Knowing that social games aren't leaving any time soon, let me know if you think social game developers should be externally limited, whether they should be self-limiting, or whether they should be free to gouge as much time and money from as many people as they like, crazy or sane, as our God-given free market allows.  And also, please let me know who you think would win in a bare-chested pit fight between Ian Bogost and Curt Bererton.  i'm writing the Bogost/Bererton slash fiction as we speak.

Mitchell Smallman has responded with a wonderfully thoughtful take on whales and the damage they do to player communities, and the responsibility of designers to create games that strive for more than vapid box-ticking as a mechanic.