The prevailing wisdom in mobile F2P games is that iOS players monetize better than Android, but that blanket statement can’t possibly hold across all device types of all ages, can it?
Mark Robinson
Blogger
August 10, 2015

The prevailing wisdom in mobile F2P games is that iOS players monetize better than Android, but that blanket statement can’t possibly hold across all device types of all ages. Is it really true that a player with a four year old iPhone 4 is more likely to spend than someone with a modern, high-end Android device?

We looked at player data collected from over 300+ games on the deltaDNA platform to discover whether the age of a smartphone device affected the ability of a game to monetize. 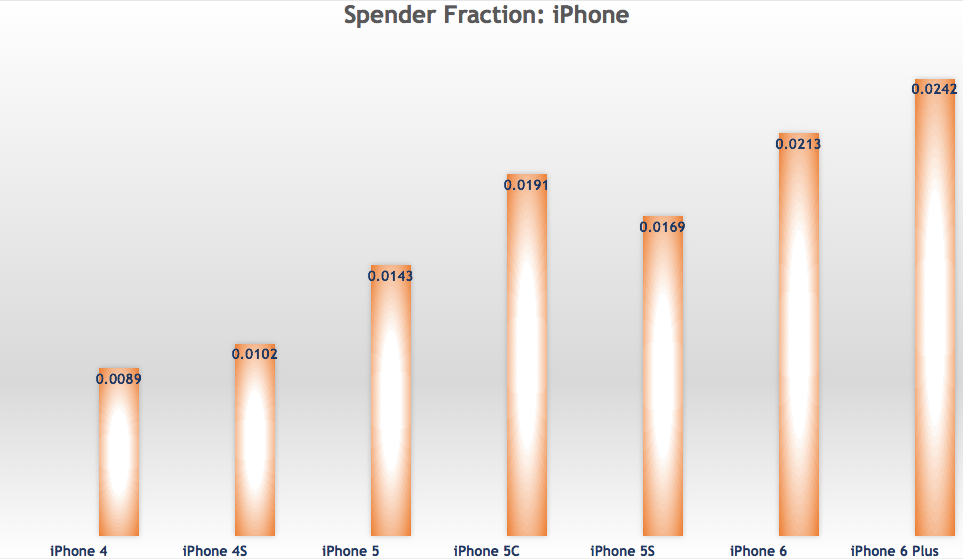 Interestingly we see a difference between the two models of the iPhone 5,with the 5C displaying a markedly better spender fraction.

Spender fraction for different Samsung S models
So we know that old iPhone players are not terrific spenders, but are they still better than Android players? There are so many Android devices it is difficult to make a fair comparison, but there is one series of Android phones which has gone blow-for-blow with iPhone over recent years; the Samsung S series. 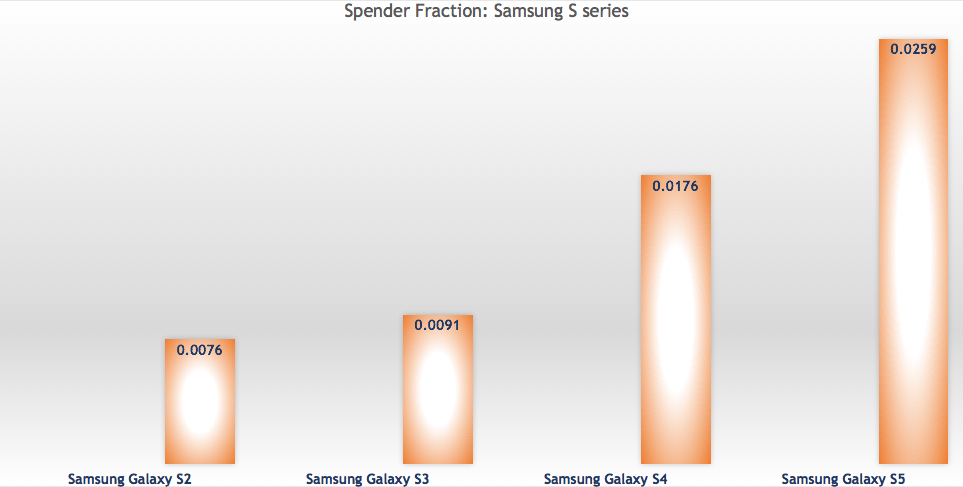 The chart above compares the spender fraction for the different Samsung S series models, going back to the S2.

Players on older devices spend less
Of course the Samsung S5 is one of the most expensive and high-end Android phones, if we were to look at the lower spec Android devices the numbers would not be as impressive. However, it is clear that when thinking about how your game is performing on different platforms, it is not enough to simply split iOS and Android.

It is also not right to assume that these old devices will go away any time soon; in our analysis we saw roughly the same number of players across iPhone 5 & 6 models as well as the S4 & S5.

The reasons behind this trend are not immediately clear. It may be that players on older devices have less disposable income or are simply more frugal. It may also be that developers are bad at making their games playable on older devices, or that the improved gaming experience on a larger more powerful device encourages greater engagement and therefore a higher spend. What is clear is that without the ability to identify and segment players on different devices, it is impossible to really understand your game performance.

This article first appeared on the deltaDNA blog.