Developer Diaries: the story behind Lords of Discord

Lords of Discord is a 3D turn-based strategy mobile game rooted in the legacy of the genre’s greatest classics and here is the dev story behind it.
Anastasia Skachko
Blogger
December 09, 2016

The story of Lords of Discord starts as far back as 2012, when HeroCraft obtained a license from Akella to create a mobile port of the popular strategy game Disciples. Disciples 2 was considered canonical among fans of the series - more than can be said for the third instalment, which was met with lukewarm responses.

The task our team was faced with was no simple one: make a mobile game in the best Disciples 1 and 2 style, while emulating the third game visually. It had been agreed with the rights-holder that all graphical source material from Disciples 3 would be supplied for development. Our team got down to work enthusiastically; we already had 90% of the visual elements: the characters, the ambience, the vegetation and buildings. It seemed that the work would be completed faster than if a new project had been developed from scratch; essentially, we only needed to write the code.

The duration of the contract was two years; by the time it ran out, we were to have developed and released the mobile game. However, we were unable to make the deadline due to organizational issues within the company. Nor, unfortunately, were we able to negotiate an extension of the license with the rights-holder. We ended up in a situation where half of the game code had already been written, but we had no rights to use any of the graphics. We were very reluctant to abandon the project, so we decided to do our own graphics. A new direction was chosen for the game’s visual component while aiming to preserve the overall visual style of its predecessor, the Disciples series. 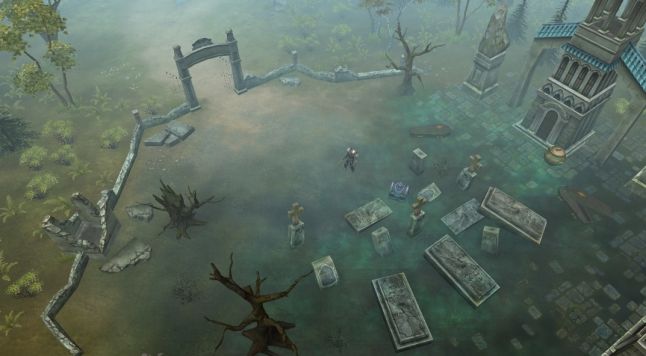 Screenshot from Lords of Discord 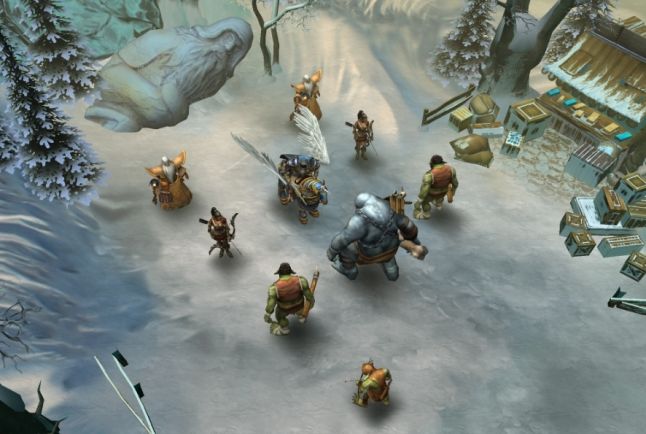 Screenshot from Lords of Discord

The game was conceived as a beautiful-looking 3D strategy, and therefore had to include a great variety of visual elements. We found an inexpensive outsource that would take a week to create a unit model and its texture based on our concept art. The model and texture would usually be fully finished in 2 or 3 iterations. Our artist averaged a concept a day—sometimes a concept and a half!

Over 100 units are planned for the game in total; as of now, over 70 have been implemented and added to the game. The finished ones include humans, monsters, demons, goblins, and giants. We’re planning on adding new units in content patches. 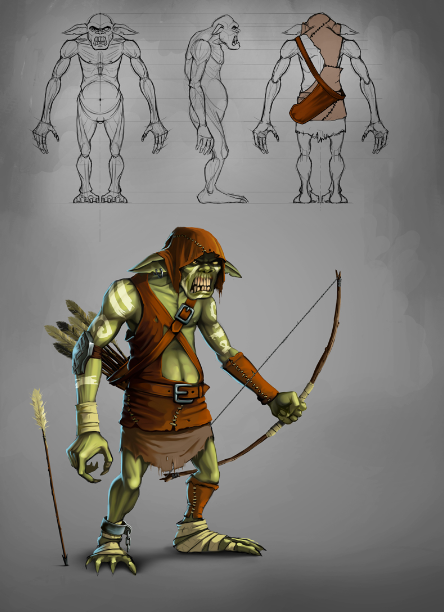 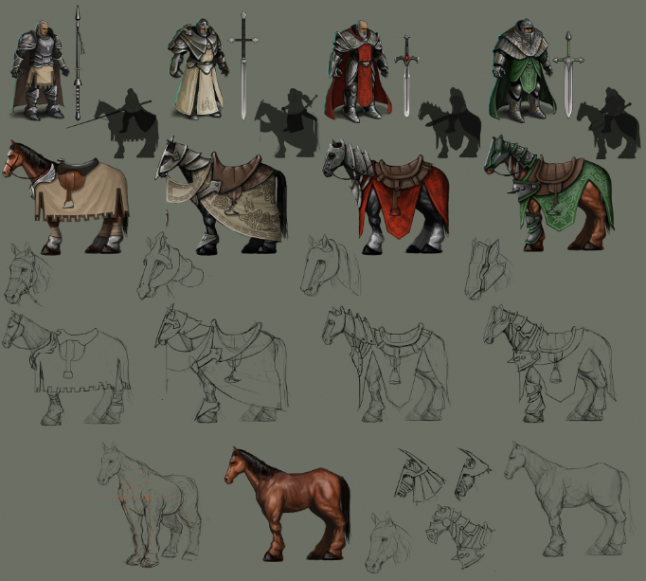 By losing the rights to Disciples, we also lost the rights to the setting. Therefore we had to come up with a universe of our own, starting from the creation of the world, through the first gods to the emergence of the first creatures, and eventually humans. We drew from Sumero-Akkadian mythology, as well as bits of classical fantasy and some real-world history. For instance, the political system was borrowed from Ancient Rome and Byzantium. We came up with several races, each with its own creator god. Those gods are in conflict with each other, and were in turn created by the Worldmother, the progenitor of all things. Yet the first gods killed her, for she was devouring all of existence; though she swore she’d return.

Finding quality animators was another problem we encountered during development. We tried working with perhaps five different specialists. We even tried to collaborate with a studio in China, but that unfortunately proved too expensive. We also considered working with a motion capture studio.

Then we chanced upon the contact info of the same animation team that worked for our predecessor, the original Disciples, and stopped the search there.

Working on the interface took a lot of time; we were looking for the right style, and went through several redesigns. The game’s interface was originally entirely in 2D, but nobody on the team liked it. As an experiment, we tried making the interface partially 3D, which made for a good-looking presentation of content: the game has a castle where the player hires troops, and the characters were standing there. The game was soft-launched on iOS with this interface element. 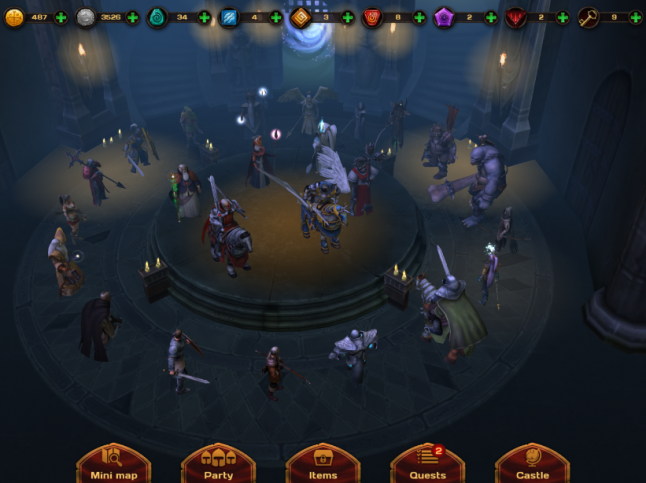 Unfortunately, later down the line we had to abandon it due to the amount of content and optimization issues; in the end, we decided in favor of a two-dimensional interface. 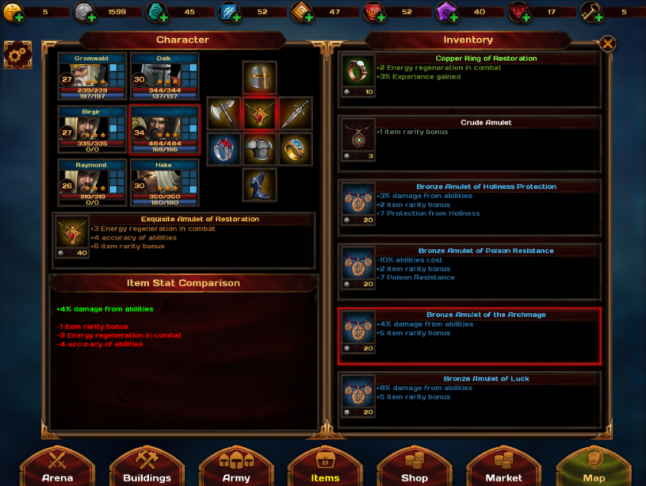 A game of this caliber has to have top-quality special effects. It bears mentioning that the game was made in Marmalade, with Ogre 3D as the graphics engine. Naturally, a 3D engine must use a particle effect system, but here we ran into technical limitations again. Had it been Unity or Unreal Engine 4, we’d have simply outsourced the SFX; but our situation required us to buy a particle editor and create all the effects from scratch in it. An added difficulty was that no-one on our team had any experience with creating such effects at that point, and we had to spend some time researching the topic. Our artists would create an effect, modify it, then delete it and start over. In the end, though, we created excellent 3D effects that we’re proud of: both visually impressive and blending in very naturally. 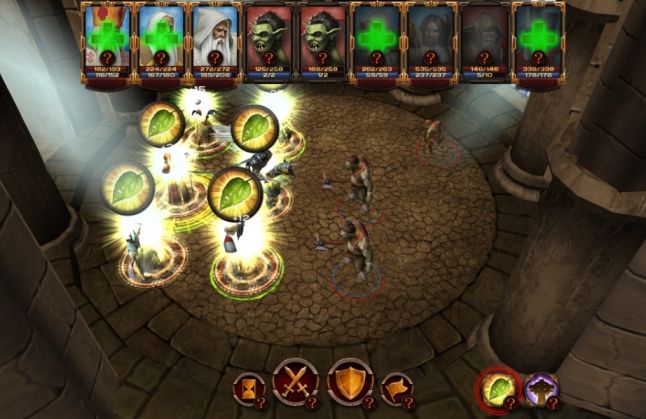 Losing the license was, of course, unpleasant. However, thanks to having experienced professionals on the project who love what they do, we can say that at this point, we’ve been successful. The game is turning a profit, but has yet to reach its peaks. Then again, this isn’t the last chapter in the game’s history yet: a Google Play release is still ahead.