Today's post looks at the use of limited-time content as a form of marketing a game, and the pros and cons of it.
Josh Bycer
Blogger
June 09, 2016

The rise of free-to-play and games as a service has given game designers another option in terms of creating content for their game: Limited time exclusives. From Seasonal events, big promotional tie-ins or simply a part of the design, these options are built to force people to return to a game or risk losing something permanent. While this can be a promoter's dream, it does raise a debate of when limited-time content is too limited.

Before we get into it, it's important to point out that we're not going to be talking about preorder bonuses. The reason is that preorder bonuses are well known in advance and nine times out of ten will be made available after the launch in some way or another. Limited time content refers to mechanics or in-game content that can only be accessible for a small window; afterwards, the content will be no longer available.

One other example that isn't limited time content is having daily rewards that require the player to log in to play, simply because the content remains available and it's just the player having to go on each day to find it and then it becomes unlocked.

This kind of content can come in any number of ways. Some examples we've seen would be time sensitive missions or targets like in the latest Hitman game, limited time promotional tie-in of items like in Plants vs. Zombies Garden Warfare and more. While the content can be varied, the rules are simple: The player has a short amount of time to get it before it's gone. The "it's gone," part is where this debate really gets going, and why developers/publishers like it and players hate it.

Anyone who has made a video game can tell you how difficult it can be to keep people invested and coming back to a game; all the more important when we're talking about long-term developed titles designed around months and years of support. Figuring out new ways to keep people engaged is one of the hardest jobs and is required for any game looking for that long-term development.

Creating time-limited events is a great marketing plug and can also get people to come back to a game to see what's new. Sometimes, developers pull a one-two punch of having limited time content coincide with a sale on the game; really putting the pressure on the person to check out what's new.

On the player's side, its marketing 101 to get people interested in your content. When you say something is for a limited time only and it's no longer available, that's a huge motivator to get them to look at or try something; I'm sure any psychologists reading this know a term for this.

The more unique or useful the content is, the stronger the pull and the bigger the event you can make around it.

In Payday 2, one of the bigger and more controversial changes was the addition of an economy system. The game has drop-able safes that contain skins ranging in quality. The only way to open these safes was to use a drill that can be bought or rarely found in-game.

The safes come in different kinds and are only around for a certain time; afterwards, the safes will not drop anymore and the skins will become limited. Not only that, but the rarer skins do impact stat changes on their weapons and can give a bonus to experience for people using multiple skins.

Now, I'm sure everyone reading that last paragraph can guess where we're going with the problems of limited-time content and what they mean from the player's point of view.

Limited-time content can be a great motivator to get people to play, but it can be seen as highly manipulative and can backfire on the developer.

The Payday 2 example is the current most extreme case; with players leaving the game in droves and down-reviewing it for weeks on end to the point where they have removed the microtransaction side of it. The point is that limited-time content is great for the people who get it, but is horrible for the ones who don't. Nothing can make someone angrier than finding out that something cool was offered and they missed it and it will never happen again.

With Darkest Dungeon, there was the issue of having exclusive kickstarter-backed character skins in-game, and anyone who found the game after the kickstarter was unable to get it. 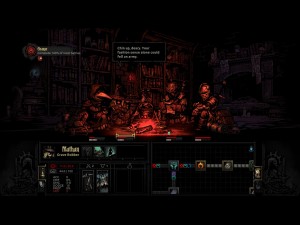 The more unique or game-changing the content is, the more it will hurt fans if they miss out for whatever reason

The more value there is to the content, the more it can be worth and the greater the risk of backfiring on the developer. If you have game-changing content that can only be found for one week, you're going to have a lot of angry people who missed out on it.

Real life can be a pain, and there's always the possibility of someone missing out for any number of reasons beyond their control.

People hate finding out that they don't own everything in terms of a game and are missing out; it goes back to that point of having to complete tasks as a motivator. But when you tell something that the game they bought has content that they will never access, that can be a huge de-motivator.

With all that said, it's time to ask the big question: Is there a happy medium that works?

The problems of limited-time content are the very things that make it so attractive and a powerful motivator for people, which makes it difficult to find a one-size fits all solution.

The first one is a biggie: Game-changing content should never be tied to a limited one-time window, because of the reasons we discussed further up. For everything else, the player should be given a wide berth when it comes to access the content; I'm talking at least one month or more. Remember, real life can get in the way of things and you want to give everyone a shot at getting it. Also, it's important to spell out exactly how long the content will remain available.

Pre-order bonuses that have free content are normally made available after launch as an additional DLC purchase; again, this is to make sure that everyone can access the content.

Sometimes, you can bring back content for seasonal events and to give players a second shot at getting access to it, as with Team Fortress 2 and Payday 2's holiday events. It's very important to figure out what content you want to remain one-time and which ones can come back in the future, and spell that out during the event.

There is one thing to mention about limited-time content, and that is the lose-lose of making it in the first place. When you have content for a limited time, you will always have people who will miss it, no matter how you market it. Often times, its people joining your game late to find out that there were a bunch of promotional events that happened before they heard of your game.

If we're just talking about aesthetic items, it's not so bad, but if someone missed game changing or game adding content that will never happen again, that can be a huge turnoff.

Limited-time content in game design is not a favorite of mine in any way, shape or form, and I know I'm not the only one out there who feels this way.

It's never a good thing when someone misses out on content for any number of reasons, and it can lead to a sliding slope of them missing more and more and just being turned off by the game. Of the promotional options available for game designers, it has the biggest risks and rewards and something to keep in mind when planning your game.