Development of Dato of Srivijaya very special since this first time I and my team got budget from Facilitation of Culture Project by Indonesia ministry of education and culture, and story in making this game quite intersting.
Muhammad Abdul Karim
Blogger
March 15, 2021 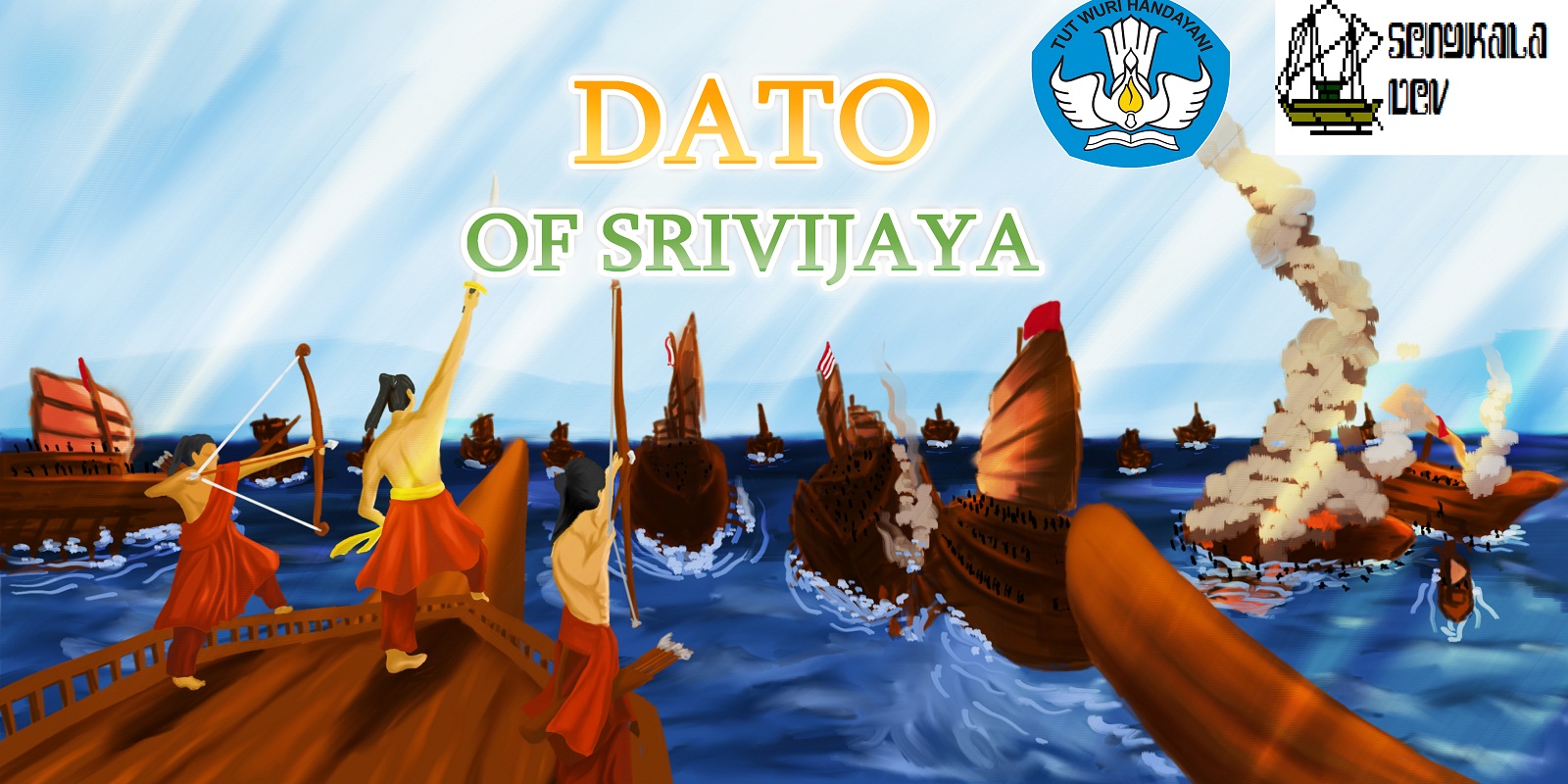 Sumpah Denira Prahyang Sunda... Said Sundanese unit. Than he, with thousand of militia, hundred of archer and maceman, and supported with war elephant and Puragabaya, march to enemy border. 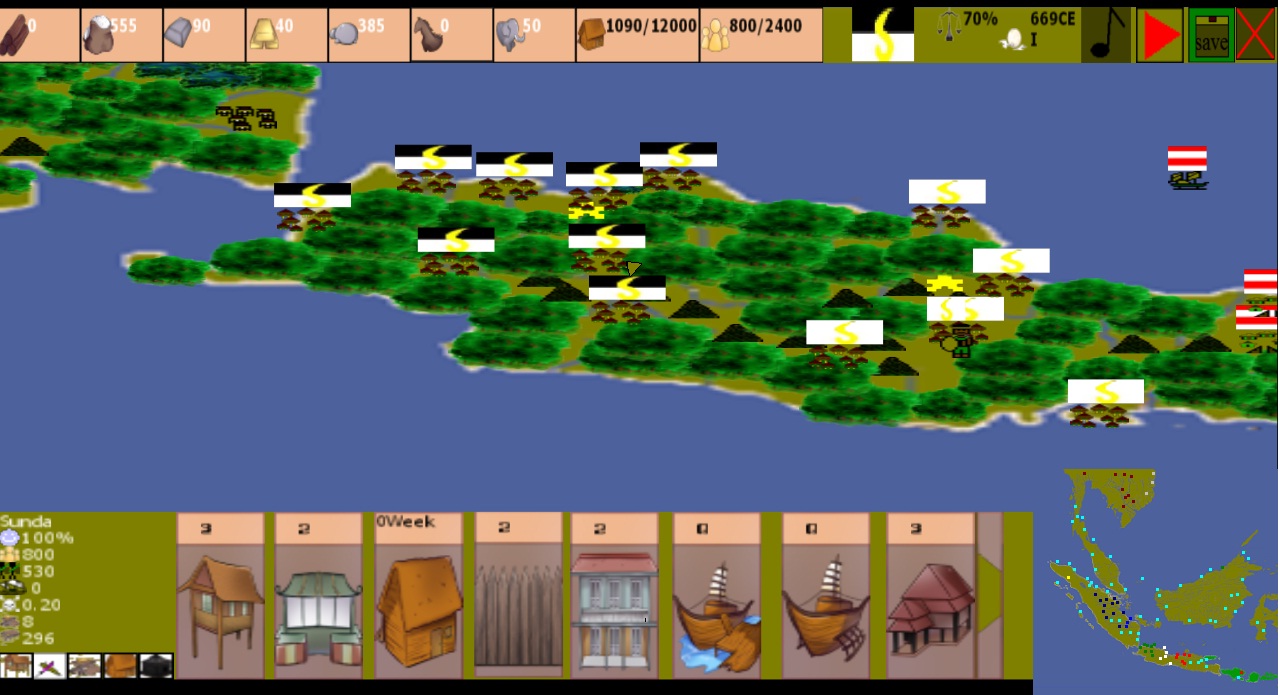 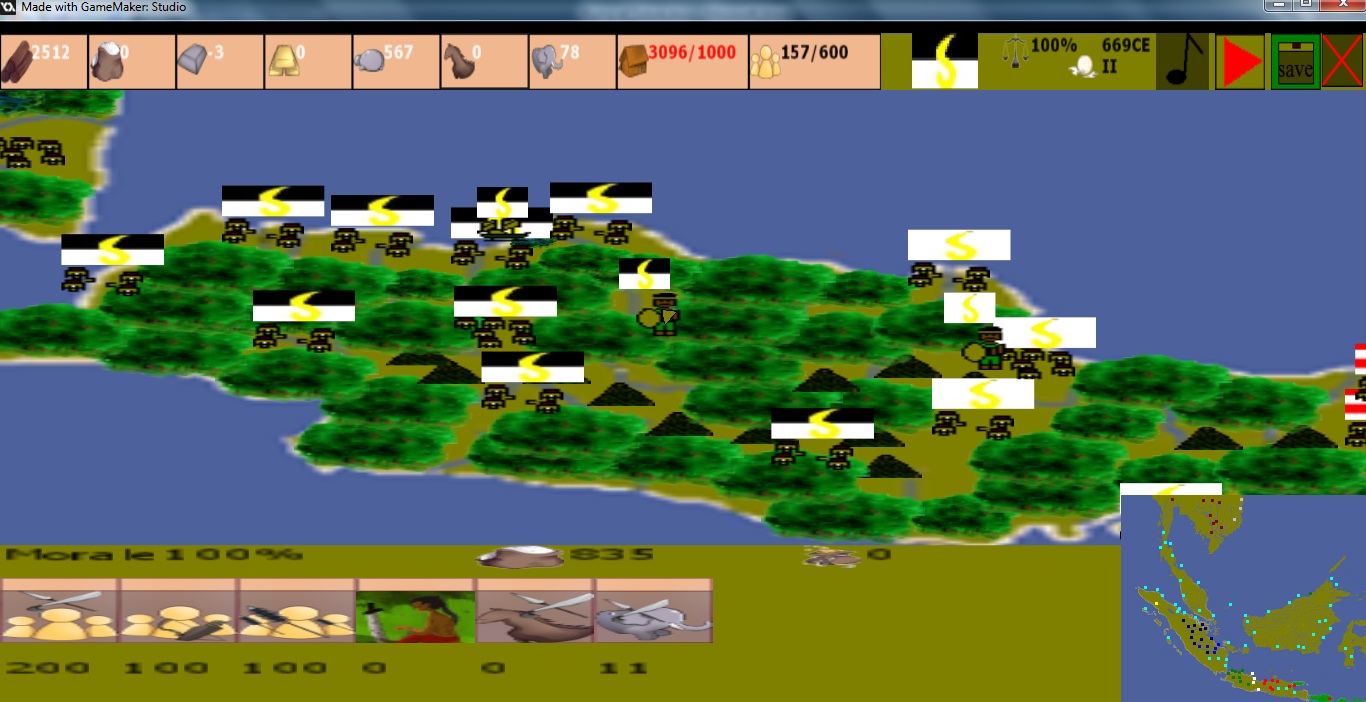 Dato of Srivijaya is historical real time strategy set on early Srivijaya about 650 CE and have map around Southeast Asia where influence of Srivijaya has to reach those areas . History of Srivijaya was mystery until uncovered by George Coedes , French archeologist and historian in 1920's , who written research paper about Srivijaya Empire in Sumatra island and influence around .

I made Perang Laut-Maritime Warfare with Srivijaya Empire as playable faction in May 2017. The plan to make this game actually happened in February2014 with project title “Perang Laut” , my first game in game development at second grade high school. My interest about Srivijaya quite high in June 2018 when there are submission of abstract about Srivijaya's seminar in Palembang and I got selected as the speaker.

In August 2019, I made project file with title Srivijaya APK. This project on hold since I don’t know what should I do in this project. This project resume after I got feedback in Twitter to continue this project after I share map for Srivijaya game, probably at March 2020.

Several months later, I heard facilitation culture project (Fasilitasi Bidang Kebudayaan/FBK) from Indonesia Ministry of Education and Culture from my senior in Directorate of history in June. I am interest and observed the information about it. This project still new and result from decision the ministry to increasing culture being in Indonesia from artist, musician, dancer, and many culture makers. The participant can purpose budget up to 1 billon rupiah (about 69.500 USD). This project still new and I don’t have any information about it. I quite afraid game project unacceptable in this cultural project so I asking my friend to submit animation project, but he not sure his studio. Although I am pessimist can selected, I encouraged myself purposing the project of Dato of Srivijaya.

I submitted my game idea and budget plan which very small about 15 millions rupiah when website of FBK open about middle July 2020. Before it, in late June 2020, I went to Jakarta culture and education agency to get the signature my project from head of agency and its need 3 weeks to get it because I have problem about my address. After getting it, they gave me recommendation letter about my game project. I never expect I can get it.

I got information to submit the documents to ministry in early September and later ministry’s observer come to my place about middle September 2020. They informed me to join the workshop in 4-6 October in one of expansive hotel in West Jakarta, Aston. In first time, I don’t want join since corona case in Jakarta still high, but they tell me if I don’t go, my project will cancel. 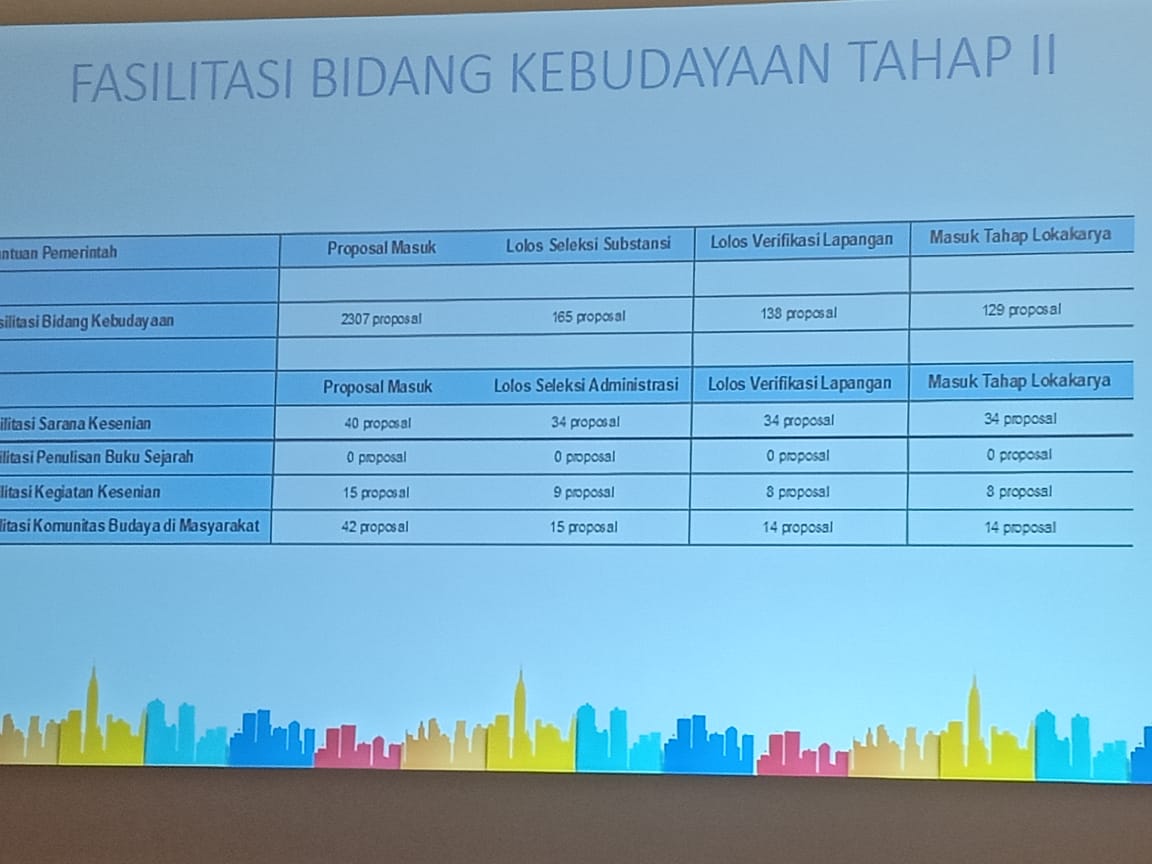 I attended the workshop after done the rapid test. At night, I and about hundred of selected participants got information what is facilitation culture project, how to managing the project, and tax, I signed the contract with representative from directorate general of culture in 2 AM, when I still sleeping.

After return to my place, I begun my game project with search possible freelancer, voice actors, and projecting how the game like. in 2 weeks later, I got 80% budget and starting more serious my project.

This project quite hard since I need 1.5 months to make this game playable while mostly game strategy made by Sengkala Dev need at least 3 months to playable like Perang Laut- Maritime Warfare or Surabaya Inferno. Main problem in first 2 weeks is making voice scripts. At first plan, voice scripts for Srivijaya, but after senior archeologist told to me it’s very difficult to write the ancient Malay scripts since there are no main dictionary. So I change the plan and divided budget of voice actor Srivijaya to Mataram and Sunda. Budget I purposed about 17.1 million rupiah and the most smallest purposed budget in facilitation of culture budget. Another participants purposed more than 100 million rupiah. Even there are some purposed more than 950 million rupiah in making the film. The reason I purposing 17.1 million is clearly my mistake in projecting this game development budget and I never think my project got selected. I want to increasing it, but I worried they will reject my project if I don’t have any strong justification to increasing the budget and I don’t know what is it at that time. 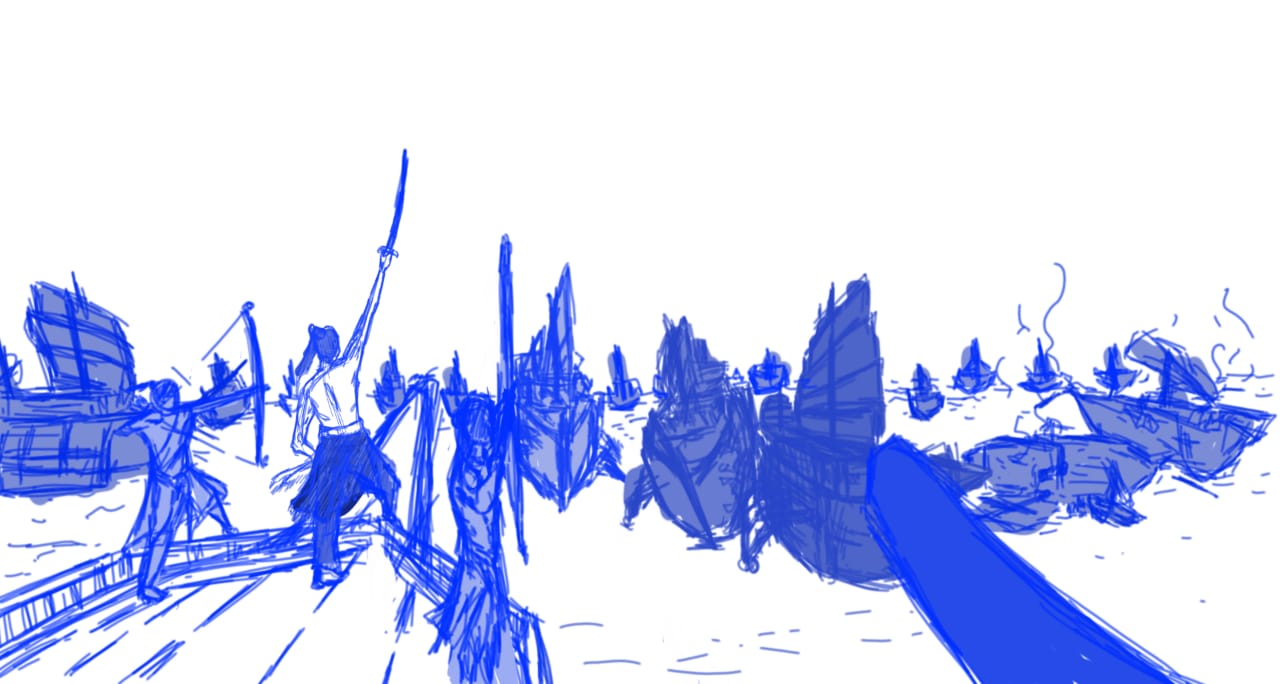 Making 3 voice scripts very challenging. I read many times inscriptions of Javanese, Sundanese, and Malay. Actually, there are budget for expert to do that, but I allocate to another sectors like daily consume since I realized budget very limited.  The historian I consulting only can providing me information after me asking it and he can’t help in this case.

(Dato of Srivijaya in Alpha stage)

In making program the Dato of Srivijaya, the system of game similar with Perang Laut-Maritime Warfare, but I add new things like resource, soldiers types, and many more. The user interface and experience very different and make the experiment in testing game quality need more time. Also the game system and AI. With only one programmer(me) and user interface artist, this make development of game in prototype stage quite long until middle November. Beside focus in game development, I also must write early report I got my budget so the game development can't go well as schedule time.

My deadline in 30 November, but The game development time has pass the schedule since many problem happen from freelancer late to give the work, UI artist quite busy doing another things, and many things which make me need reschedule time.

(Dato of Srivijaya in Beta stage)

Middle report submitted in middle November since I declared the game progress has reach 80% with relating game development in alpha stage and submit the report so I can get 20% budget. In 19 November, I invited to join TV program about FBK along participant from Riau  and General Director Culture Ministry of Education and Culture, Mr.Hilmar Farid. This is first time to me for showcase my game project in national TV, although they mistake write my name and project title in running text.

Interview in TV One. In Indonesian.

In last week November 2020, I arranged meeting with director of music, film, and new from ministry education and culture media since in FBK, all projects must invite representative from local culture agency. But since I use Zoom meeting to showcase my game and representative can play the game, representative from ministry can directly meet me via online. At day when I and several people involved in this project in Zoom meeting, director facing problem in playing game and bug show up. This make me disgrace and later, director’s assistant told me to visit them in their office for showcase my game in early December. 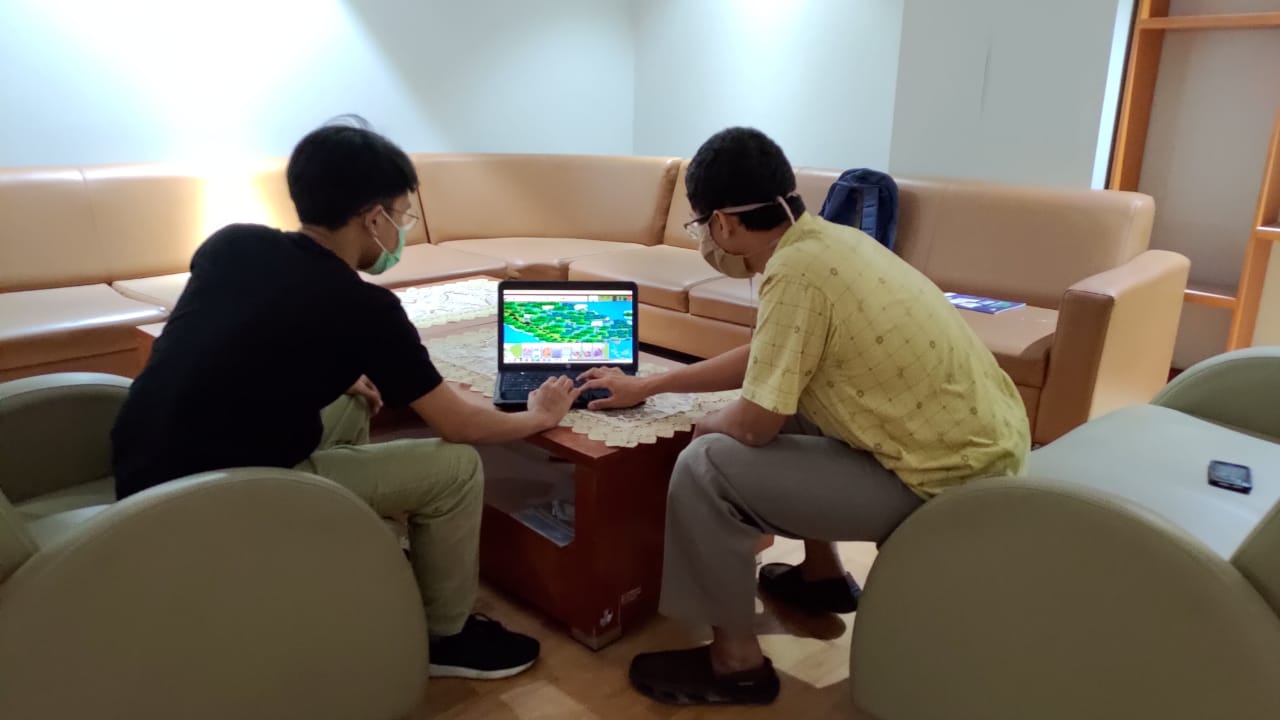 showcase game in ministry of education and culture

Deadline has passed. Game development still in alpha stage and I think I will release game with limited version since last day of FBK project in 21 December 2020 and I need make final report which will take my time.There are some problem like illustrators not yet finish their task and one of them didn't have bank account. 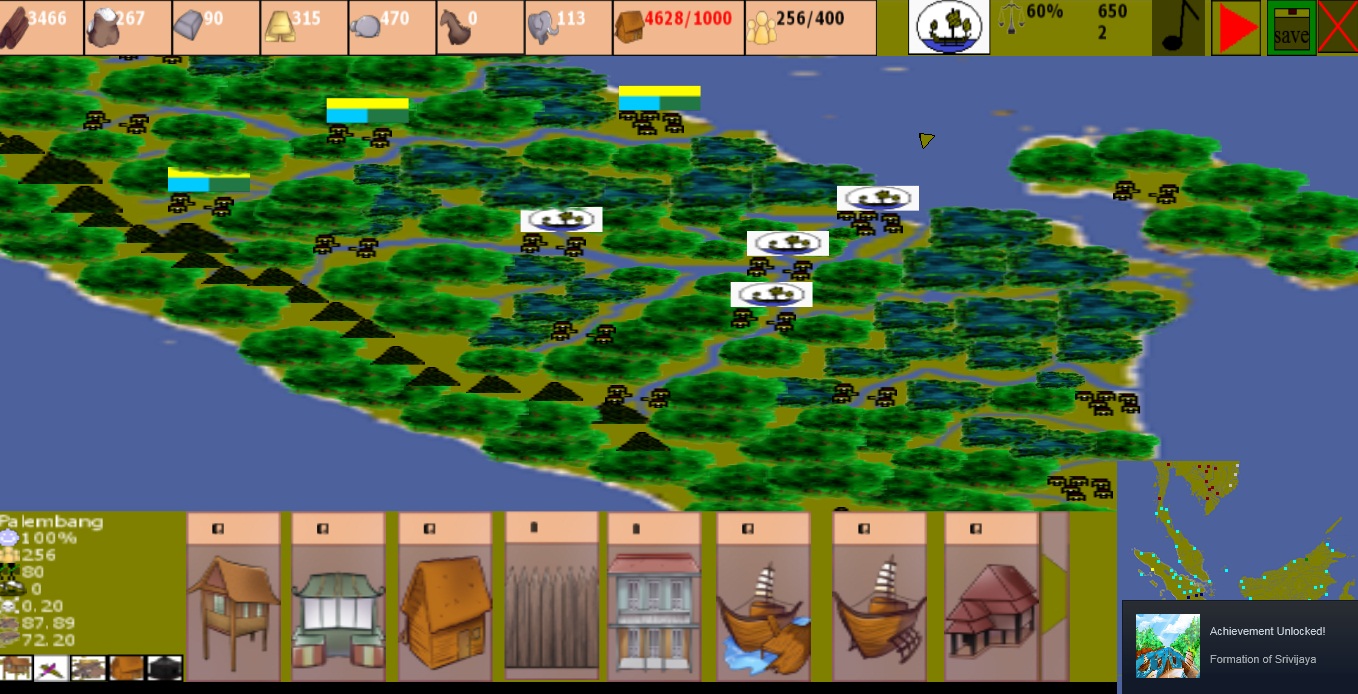 The game has stable I think in early December. Alpha phase has passed and now beta phase. I decided many limited version such diplomacy system, only Srivijaya can playable, and faction AI limited. But after I released in 14 December 2020, I got information my game have many bugs and make me must updating game, but sadly, I can’t. In six days, I focus in make final report, reporting tax and returning project money left, and finalized audit of my budget. Final report  submitted in 21 December after I revised it several times to ministry either in hardcopy format or softcopy.

FBK project 2020 finished in Christmas week and I can focus in updating Dato of Srivijaya. All FBK project still can continue but not with fund from directorate general of culture and participants from this year can’t join this year project and in 2022 since new rule said that. 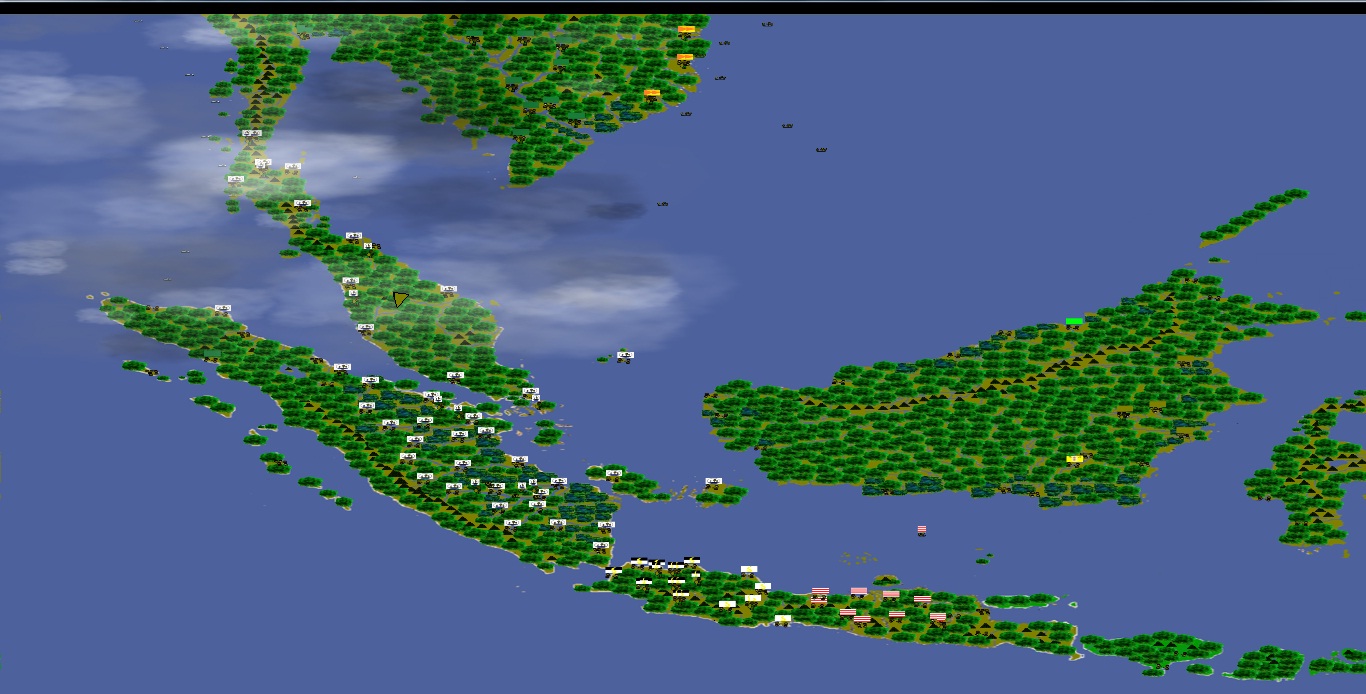 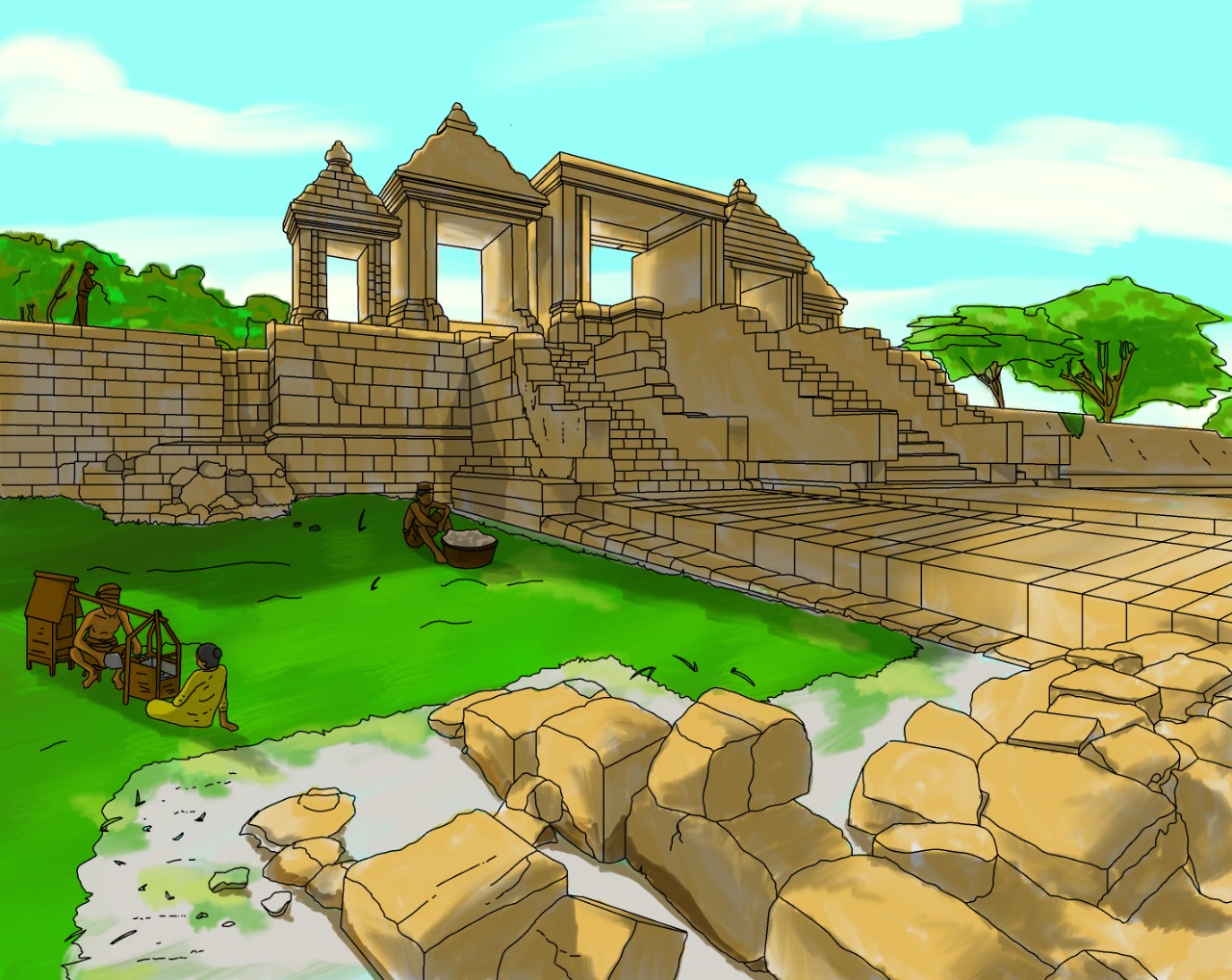 FBK information about my project: fbk.kemdikbud.go.id/profil/76