So, with another year drawing to a close, we look towards future trends in the mobile games industry and what we’re likely to see in the coming year.
Mark Robinson
Blogger
December 09, 2016 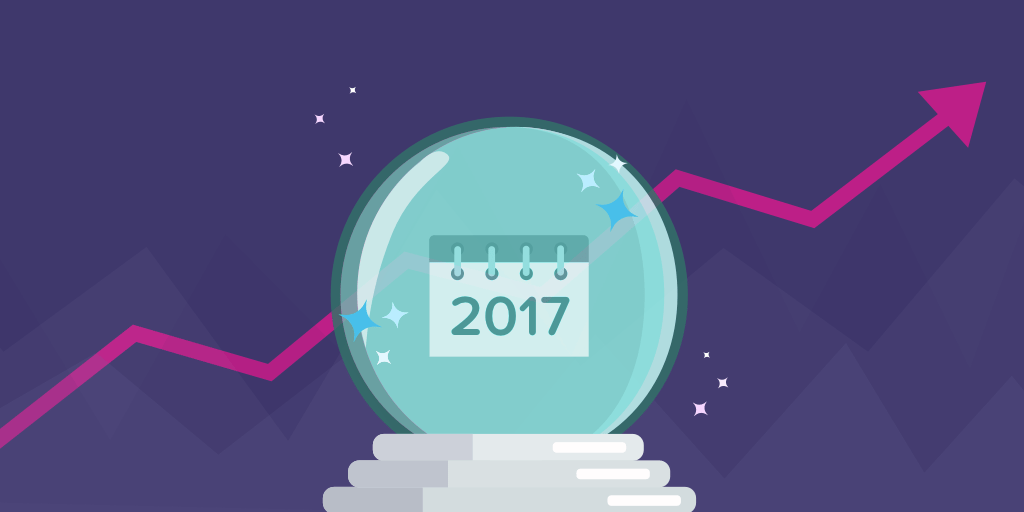 2016 was an interesting year for the mobile games industry. We saw the phenomenal domination of free-to-play Augmented Reality (AR) game, Pokemon Go, and consumers were finally able to buy virtual reality technology for mobile (and other devices), meaning that 2016 was hailed as ‘the year of AR/VR’.

2017 should also prove to be just as eventful, with business models and platforms continually evolving. And let’s not forget the imminent release of Nintendo’s Super Mario Run!

So, with another year drawing to a close, we look towards future trends in the mobile games industry and what we’re likely to see in the coming year.

This year, we have seen the release of top VR tech Samsung GearVR, Playstation VR, HTC Vive, and Oculus Rift. Looking forward to 2017, we will see much more potential for mobile VR thanks to Google Daydream. Available across multiple devices, and with global payments and distribution structure in place to support IAPs within the VR environment, Daydream is paving the way for mobile VR, and it demonstrates that VR does in fact have a real home on mobile. AR will also be a hotbed of significant growth opportunities. Due to the incredible success of Pokémon Go this summer, AR was thrust into the mainstream, which demonstrated its potential. As a consequence, we will see a lot more games incorporating AR elements. There will also be location based ads tied into the game as a new monetization stream.

In terms of new free-to-play (F2P) retention and monetization mechanics, we will continue to see the rise of the ‘Booster Pack’ mechanic, more akin to collectible card games (CCG) adopted by a larger amount of F2P games, off the back of the success of Star Wars Galaxy of Heroes, Jurassic World: The Game and Battlestar Galactica: Squadrens. Additionally, the same can be said about gacha as it has become the norm as a monetization method over the past few years. While many mobile games, including Clash Royale, Marvel: Contest of Champions and Oz: Broken Kingdom, already incorporate a gacha in their game, we will see much more widespread adoption in 2017.

With Super Mario Run going mobile, it will be a hugely popular release for Nintendo, but it may not have the same success as Pokémon Go, due to the $9.99 price tag. However, it is a Mario game, so large numbers of people will buy it regardless of the price. On the back of this, we will see a lot more games incorporating the free-to-start system used by Nintendo for Mario, where users can try out the free demo version first, before they pay a premium price to then unlock the rest of the game. Ultimately games need to be profitable next year, more than ever before, as investment money is running out. Despite F2P’s popularity, the slowing down of investment may mean that we see more fixed prices, especially for those with an already established brand.

We know that players are now much more comfortable with ads, and that too many IAPs can spoil player enjoyment, therefore, effectively balancing ads and IAPs while preserving the player experience will be key. In 2017, the F2P mobile market will continue to be a tough place to make money. Acquisition costs will remain high, therefore getting a real focus on engagement, monetization and an in-depth understanding of the player experience will be key.

There will be more of a focus on getting players invested in the game before encouraging spending. Additionally, we expect to see an emphasis on balancing elements of the player lifecycle; these are, engagement, first in-app purchase conversion, repeat spend and getting the ad strategy right by targeting players with appropriate ad density. Ad revenues are the key to increasing monetization and unlocking profitability, therefore ads should be implemented and assessed just like any other game mechanic, as a natural part of the playing experience. In doing this it will be possible to make money from games that are less than a million MAU.

The reality, however, will be that the charts will continue to be dominated by the same big companies such as King and Supercell. Going forward, both ads and in-app purchases will need to be specifically tailored around the player experience. More work needs to be done in regards to in-app purchases, for instance targeted offers at the right time to the right player, repeat spend and better game balancing overall.

In order to increase monetization and unlock profitability, the industry will continue to shift towards deep-data analytics solutions that can provide granular analysis and micro-segmentation, to optimize their game performance and provide tailored experiences and monetization pathways based on players’ in-game behaviours. Developers need to make engaging games which offer a personalized player experience, if they do so, then consumers will continue to respond via in-app purchases and ad consumption.

Ultimately, the quality of mobile games will continue to improve in 2017, and as ever, the use of data to keep players playing and paying will be key.