Cryptocurrency: Know How It Affects The Future Of The Gaming Industry

Everyone of us is aware of the term Cryptocurrency, it is the future technology which possesses the ins and outs of Bitcoin. This modern technology offers a potential, which not only has a major impact on the finance sector but also on the gaming industry
Vivek Sonchhatra
Blogger
April 16, 2020

Nowadays, a whole new and impressive world of value has been portrayed in real life by gamers. Whereas it may be a far cry for almost all the ideals, modern technologies such as blockchain, Cryptocurrency, artificial intelligence, and many more are taking down the global banking system. And also has geared up the gaming industry to be a massive and advanced force in the crypto space.

Addictively and advance games will definitely attract the whole new base of players or gamers into the crypto economy. Gamers will be the first one who will adopt the latest technological trends like Cryptocurrency or any other as they are an excellent target market, they are even considered as more touch tech-savvy than any other internet user or any other users who are adopting the latest technology, gamers are considered to be a bit more open to new technology and ideas.

Know How the Gaming Industry is Leveraging the Potential of Cryptocurrency

There is nothing to doubt that Blockchain and Cryptocurrency have taken over the world. Around $6.2 billion has been invested by investors within 875 crypto startups. Bitcoin is the digital currency which gained huge popularity among the investors and gamers in no time, these new coins have grasped a new stage in no time. But with the passing, the market of Bitcoin crashed, and very soon, the market of Cryptocurrency became the frontrunner in the blockchain world. This digital currency is surely innovative and has boosted product development in every sector, including the gaming industry. 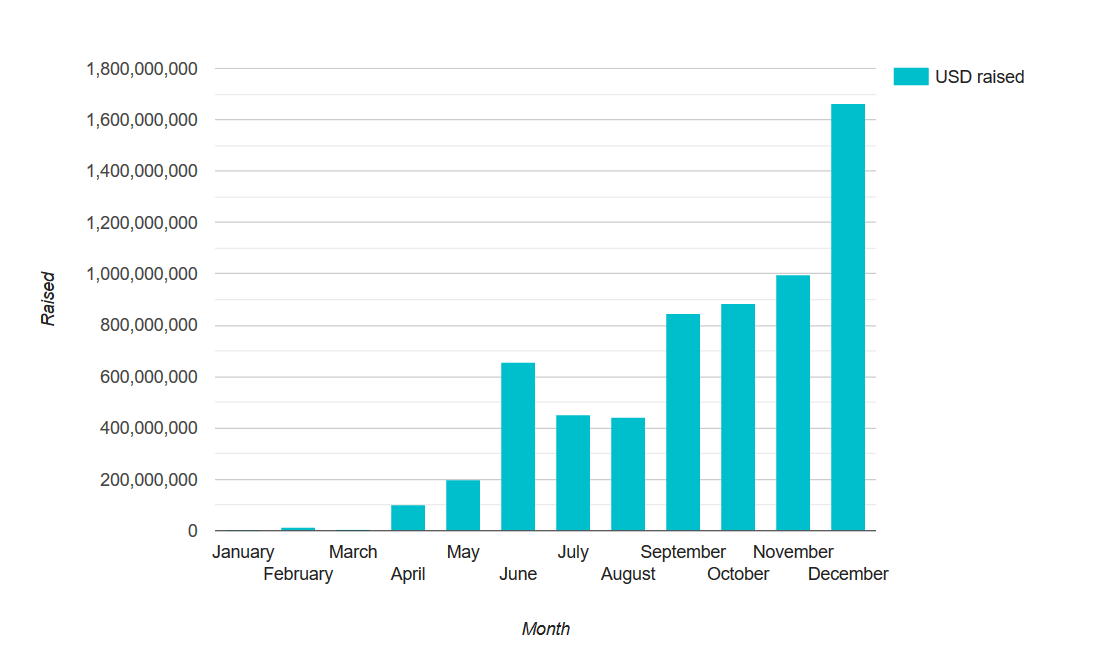 It’s not so hard to imagine the impact of cryptocurrencies in the gaming industry. The rising popularity of “games as a service” has undoubtedly given rise to the omnipresence of microtransactions, players are now facilitated to make small purchases within the game itself. Nowadays, gamers are ready to drop around £40 on the latest Call of Duty for calling it a day. Most of the players or gamers are ready to spend in dribs and drabs to get new attire, weapons, skin, shouts, and much as per their convenience.

Cryptocurrency will Transform the Gaming Experience of the Gamers: Explore How?

Most of the gamers worldwide have adopted advanced cryptocurrency technology by switching to it, they have adopted it because it offers them compared to PayPal or any other bank transaction. Cryptocurrencies have infiltrated in almost every aspect of people's lives these days, and the gaming industry is not an exceptional one. It has saturation in gaming that could very well be around all the corners of the gaming sector.

One of the vital sectors where Cryptocurrency is the gaming industry as most of the gamers are ready to accept the latest technology. Some of the online UK platforms have started using and accepting digital currency such as Litecoin and Bitcoin as a payment method. Even many of the gamers are switching to cryptocurrency technology as it provides a much faster and safer transaction to them compared to other payment platforms. This is because of the rising use of “blockchain” and cryptography for making secure and valid transactions.

Most of the players or gamers who are addicted to playing Fortnite know well how enticing those extras can be for players. It is forecasted that three-quarters of Fortnite’s players have spent around $85 on the game, whereas it has generated around $300 million a month for its battle royale behemoth. This is one of the open-source games which players can download, play, and own easily for the record. (Source)

Fortnite has burst onto the scene of the players in 2017, this game has since become popular worldwide as more than 250 million players globally are leveraging it, this number was found in March 2019. This number is estimated to grow much higher in the nearby future. Hence there is a great opportunity for Cryptocurrency. (Source) 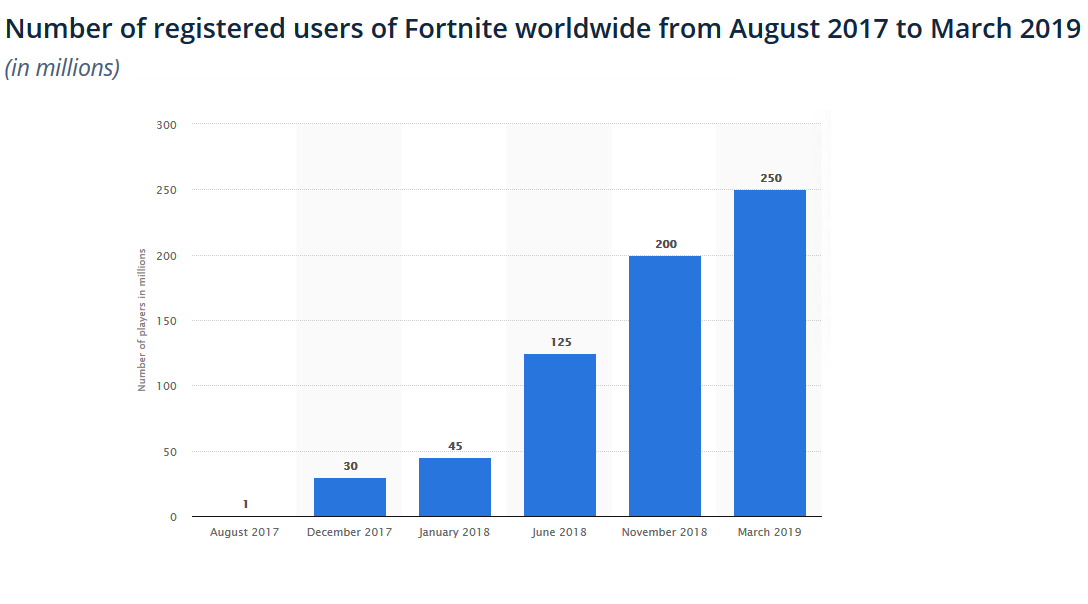 Players or gamers can use this advance currency to buy various things on the gaming platform which they are leveraging. It is just similar to paying for ordered food on ubereats clone or any other food ordering platform. Now the players need not have to rely on external transaction mechanisms; they can just make the payment for anything with the help of Cryptocurrency.

While developing the game, game owners have to make sure that they ask developers to integrate cryptocurrencies within the gaming platform, this internalizes the procedure. Players can use this currency for selling and buying items, weapons, and much more on the gaming platform. These reliable systems operate within the framework and make use of fortunes seamlessly across different games.

The end number of gaming industries has already tasted the fruit of success by considering using Cryptocurrency with the gaming platform. Very well known in the business industry, "Sony" is planning to release a blockchain and cryptocurrency-based video game on advance and well-known gaming platform "PlayStation 4" this year. (Source)

Epic Games, the new studio behind Fortnite, has researched and has found the new way to integrate blockchain technology into the gaming platform to avail players with excellent gaming experience, which they never had before. Cryptocurrency and blockchain are undoubtedly future technologies for the future and will definitely affect the future of this industry.

NFTs Pave the Way: Know How?

There are numerous benefits that the gaming sector and gamers are leveraging due to the non-fungible token technology, this allows gaming companies to leverage in-game digital assets on private as well as public blockchains. The gaming cloud can be considered as one of the major contributors when it comes to the crypto economy.

It enables game developers to craft new token standards as well as technical developments that benefit the whole ecosystem of the gaming industry. It also helps in generating significant on-chain activity for gamers, which helps in feeding gamers in a much accurate and efficient way. Hence it becomes vital for the gaming industry to consider the latest technology like Cryptocurrency and blockchain into consideration.

Most of the gaming sectors facilitate gamers with in-game currency, which they can buy, earn, and spend while playing the game of their choice. These digital currencies are typically availed to the gamers within the gaming environment in the form of gift cards or fiat cash. Usually, such kind of monetized games are open source games while game currencies and related item purchases are available within the gaming platform to encourage gamers to spend a penny to buy the particular item such as attire, weapons, or any other item.

One of the gaming startups has started rewarding gamers, for instance, if the gamer is involved with a game like Clash Royale or any other then gaming platforms reward them for their in-game actions with a cryptocurrency called “Good Game.” Players can earn and spend the token only within the gaming environment, but unlike other familiar virtual tokens or currencies, Good Game can easily be traded on exchanges and also provide players with digital wallets for managing their Cryptocurrency outside of the games.

Online Gaming Experience Increasing in Use of Cryptocurrency!

The time is going to come where the gamers can earn virtual currency that can be considered as tradeable crypto assert that can offer excellent experience within the immediate real-world. Development of new digital micro-economies and Monetization within the gaming environment can reward the gamers for encouraging them for their involvement with the gaming platform.  It is one of the best ways to encourage players to involve themself with the gaming platform and provide them with the chance to play more and win more!

As more and more players will involve themself with the gaming platform, the use of digital currency or Cryptocurrency will also increase to a great extent. Gamers who have never heard and owned cryptocurrencies before can own a balance of tokens which helps them to leverage more levels of their favorite game. T

they can also have an interest in transferring this digital balance to a cryptocurrency wallet or can exchange the same into Bitcoin currency. Therefore it wouldn't be wrong if it is said that Cryptocurrency is the future of the gaming industry and helps the gaming industry to provide an enhanced experience to end the number of gamers at first glance.