State of board games on Kickstarter in the first half of 2019
Thomas Bidaux
Blogger
July 16, 2019

Following up from yesterday’s blog post, you can find here the status for tabletop games on Kickstarter for the first half of 2019. As a reminder, I use the word “semester” for half years.

Tabletop games on Kickstarter in 2019 so far 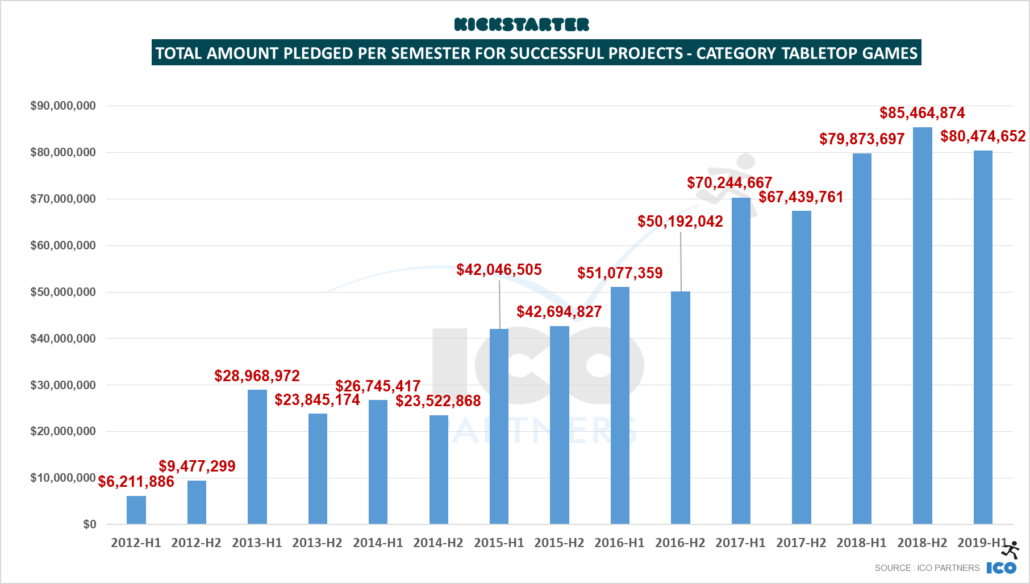 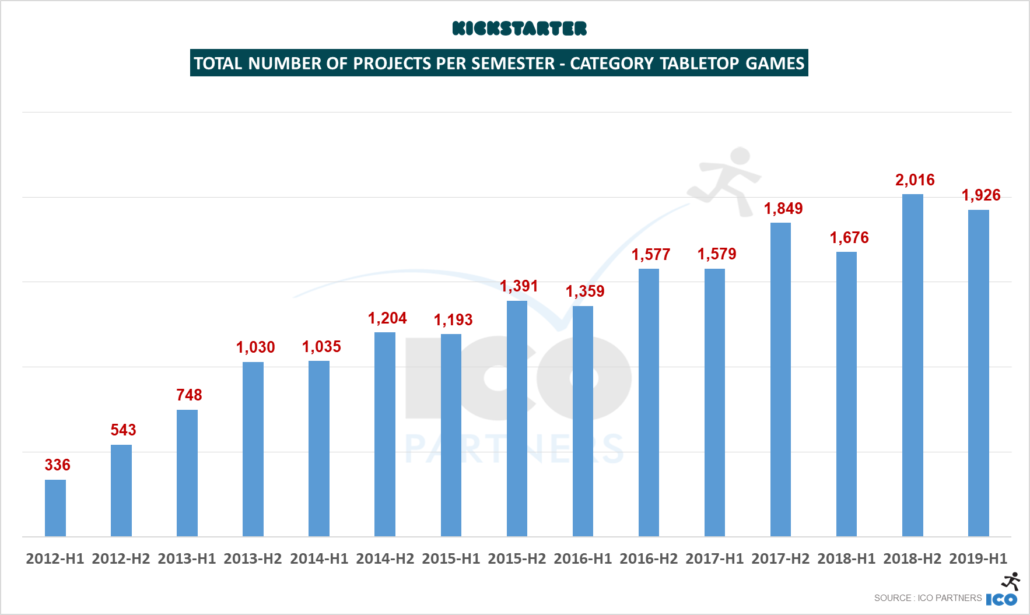 Alongside a drop in the total amount of money raised, there was a drop in the number of projects launched on Kickstarter. That seems in line with previous years though, where more projects are launch in the second half of a year consistently. 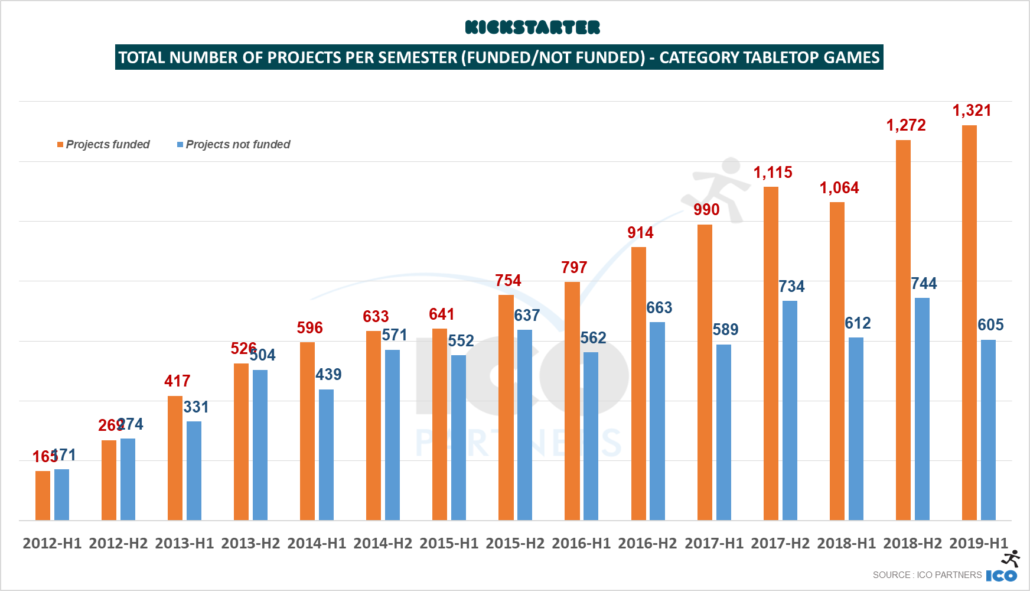 Interestingly, the total number of funded projects is still increasing. With an average of 7 tabletop games per day getting funded on Kickstarter. The success ratio of tabletop projects is 69%, the highest it has ever been. As mentioned in the video game blogpost, the potato salad effect seems over. 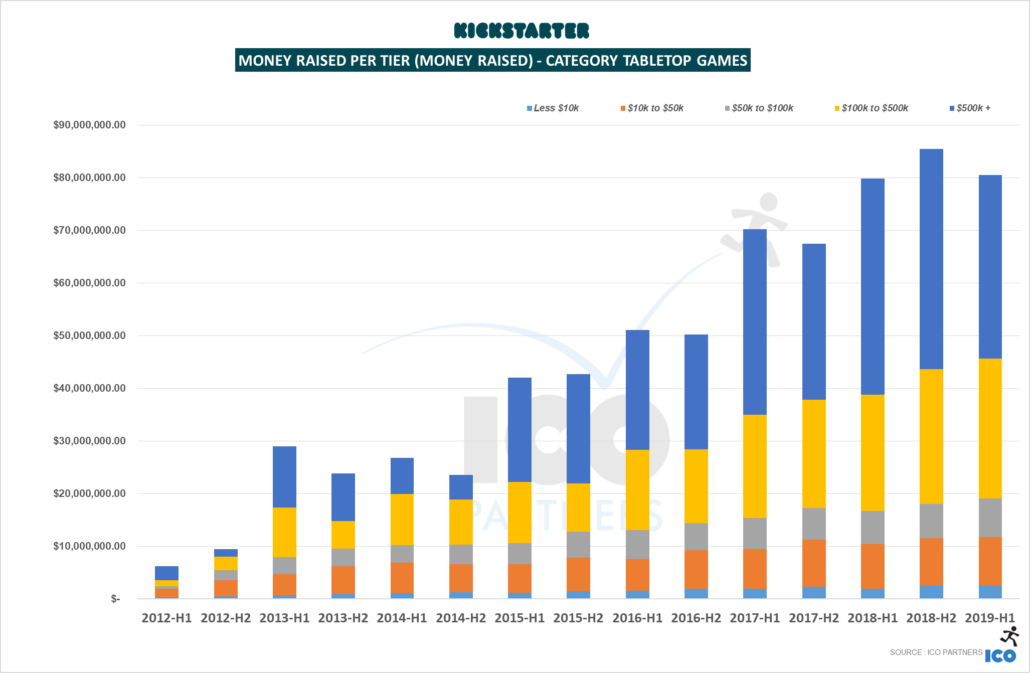 Despite raising less money in total than during the previous semester, tabletop game campaign have raised more money in all tiers, except the $500,000+ tier. This is a very strong sign of healthiness for the category, as more projects overall are raising more money, with the exception of the larger ones, the most likely to be outliers of the trends. 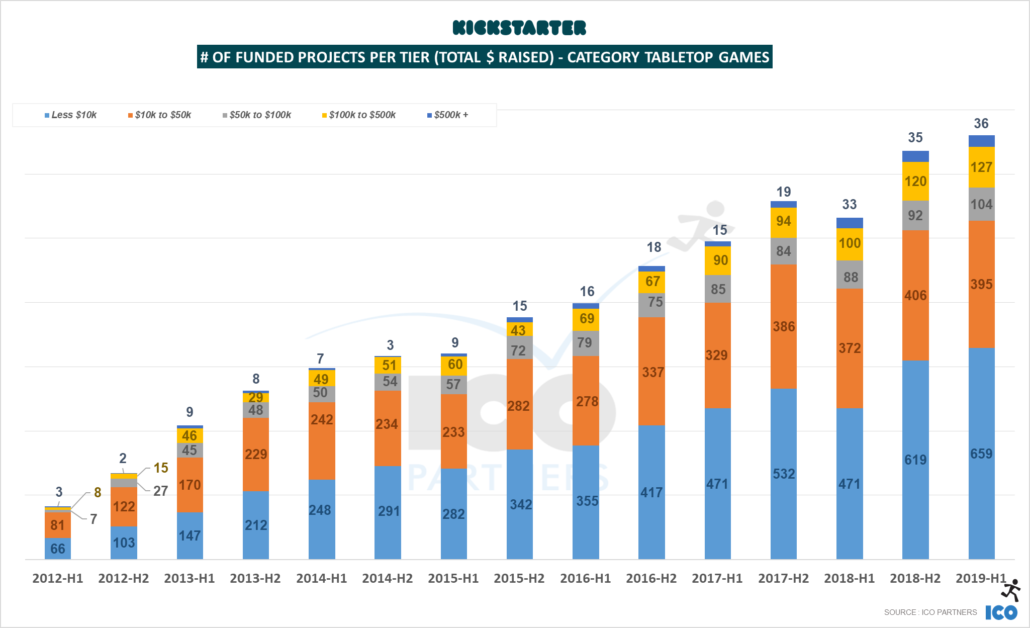 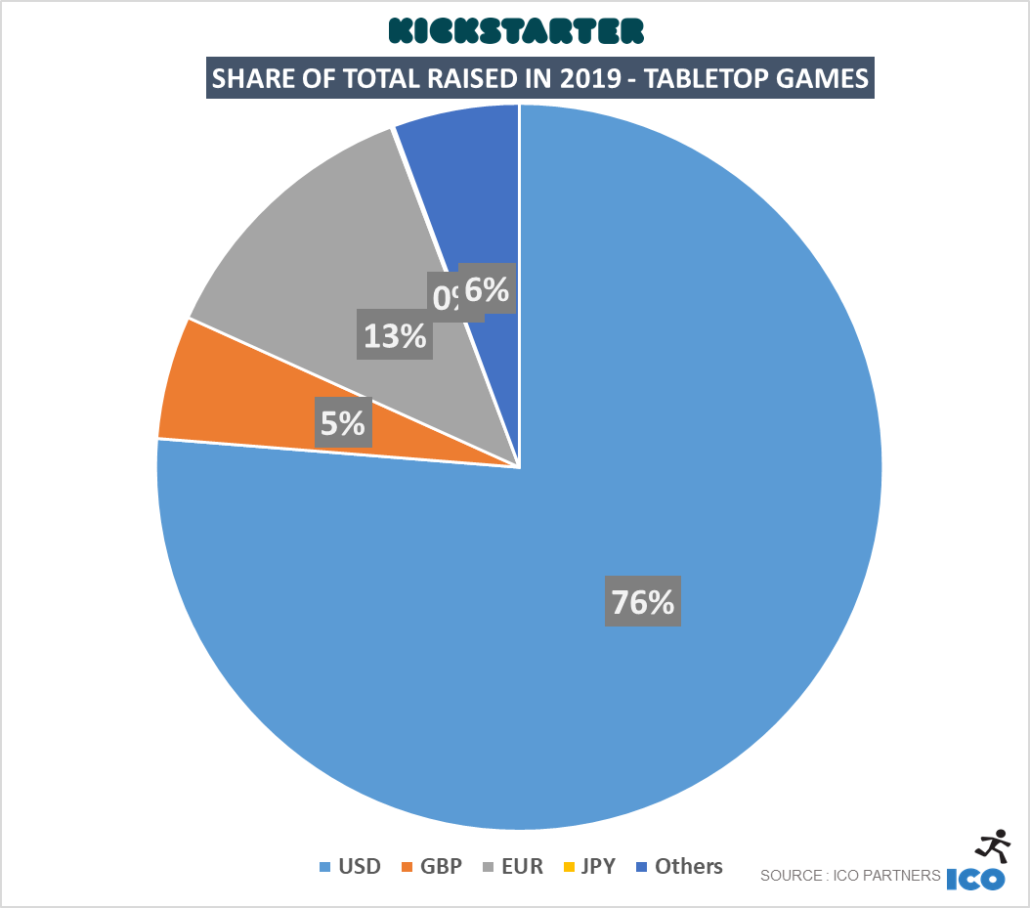 Contrary to video games, the tabletop game campaigns are overwhelmingly dominated by projects set-up in USD. I suspect existing tabletop gaming companies have already established subsidiaries in the US for the purpose of their crowdfunding campaigns, and don’t see a point in getting back to their home country currency.

The tabletop projects are still going strong. I don’t think 2019 will be the year where we see the growth of that subcategory slow down. With key events like Gencon and Spiel in the second half of the year, I would expect the second semester to be at least as good as the second half of 2018.