Coffee Crisis: Why This Pittsburgh Alien-Brew Wants a Shot of PC, Xbox One.

A quick overview of the features that sets Coffee Crisis' PC and Xbox One ports apart from the original Sega Genesis/Mega Drive editions.
Sean Braganza
Blogger
May 09, 2018

[My first Gamasutra thing, so please bear with me. I'm Sean B. and besides enjoying rambling about video games every now/then, I like to put words together to assist independent game developers with the mundane content writing, PR and communications type work.

I've been doing so for the past three years under the humble moniker of Higher Eclectic Ground and my LinkedIn should be able to provide you with more. I'm often tasked with creating dev-logs and similar marketing-oriented content for my clients; I don't know why it's only just dawned on me that Gamasutra would be a lovely avenue to share some of these.

To start with, here's an original article I created for Mega Cat Studios last month to help promote the release of Coffee Crisis. Apart from my own portfolio website, it has previously been featured on Retrona​tor, Cliqist and Xbox Tavern.]

Coffee Crisis: Why This Pittsburgh Alien-Brew Wants a Shot of Xbox One.

When it really shouldn’t.

Mega Cat Studios has considered itself part of the ol’ Kickstarter Retro Renaissance after all, wherein anything past discrediting the cloud and evangelizing cassettes is probably heresy.

Coffee Crisis celebrated something of an anniversary this December past, 12 months after 200-odd backers ordered a side-scrolling/beat ‘em up flavored roast off Black Forge Coffee House’s tap. 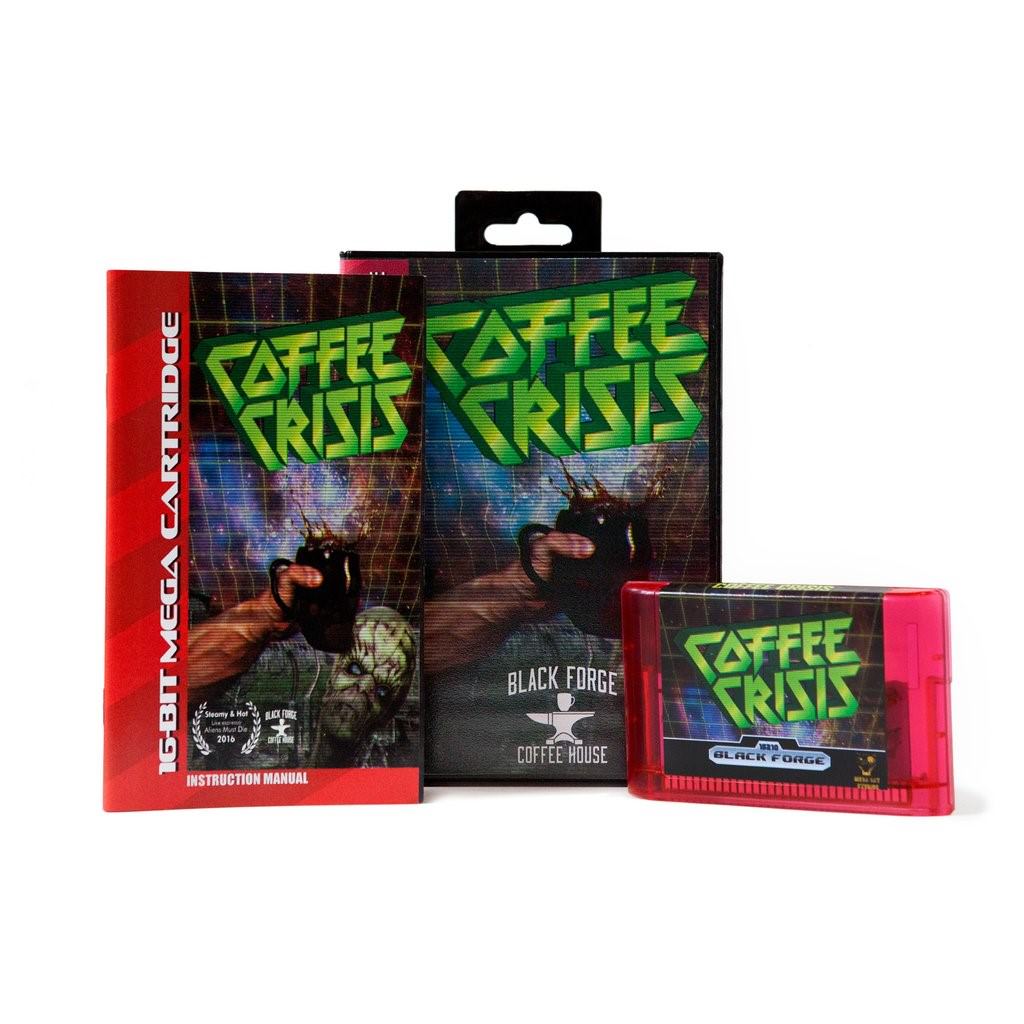 Retrospective box-sets were delivered to their equally retrospective Sega Genesis/Mega Drive owners and as of the 4th of this month, the game went live on Steam. The Xbox One launch meanwhile is due for July, to which you might enquire if either of ports are any different from their cartridge counterpart.

Quite a bit, actually.

Sure the Smurgliens are making a comeback for another serving of the original single player/local co-op plot penned by BFCH baristas/protagonists Nick Miller and Ashley Corts. They’ve tapped into the Earth’s Wi-Fi, the absurdity it calls music and are keen on invasion but then there’s –

Months of research harvested off beta testers and 30-odd event appearances have given Mega Cat something called Random Modifiers.

Yeah there’s no Retro Renaissance without rogue-lite and as if hurling combos, carafes and bags of coffee beans at the aliens gave no satisfaction, these Modifiers mean to keep things re-playable by either helping, hurting or distorting players.

Anywhere from one to five Random Modifiers may come into play within a level’s Finish Them Zones – designated areas where the screen ‘locks’ and prevents onward progress until all the ugly-Smurglies have been eliminated.

Overcoming the Genesis/Mega Drive’s technical limitations are more on-screen enemies, move sets, increased obstacle awareness and amped stats, while you, beloved player, are offered a renewed roster of flings, breakables, power-ups, mini-games and attacks developed exclusively for the PC/Xbox One from the ground up.

Plus, mash those buttons long enough with a measure of dexterity and you just might earn yourself a discount on a Coffee Crisis cartridge.

‘We started testing with broadcasters early on and have continued testing as we make changes and adjust features,’ Zack Manko, Lead Cat, quips excitedly in noting how the new mode of difficulty is yet to be beaten.

‘Seeing viewers spawn more aliens to harass their favorite streamers (playfully) is always good for laughs, but more importantly it’s good for the streamers, their viewers, and for the gameplay experience.’

And to think much of it derives from Coffee Crisis’ new 10-track jam tuned especially for the PC and Xbox One.

But hey, that's not all.

Pause for a cuppa at the website for a complete breakdown.