Many young writers and directors in China are producing quality works, while games including currently popular mobile games in China are seldom related to art or culture, and game developers and publishers are deemed as potboiler makers and cheaters.
Karvin Sun
Blogger
January 13, 2015
This post was first published on site China's Mobile Games Market, check it to learn more about China's mobile games market. 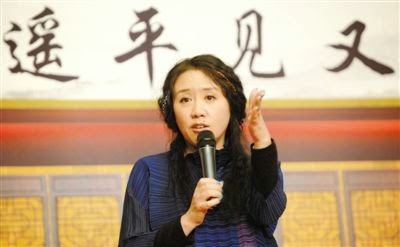 Wang Chaoge, a famous female director of stage plays, said in a recent interview that she was such a perfectionist that she often feels depressed at midnights for being incapable of making her arts better, and she never thinks there is any equivalent for her artworks.
In spite of this, Wang Chaoge is much more inclusive than many other intellectuals as to works from young writers and directors in China, such as Han Han and Guo Jinpming, who stirred much controversy by their novels and films. In Wang’s opinion, these works exist for their reasons and should be respected.
In all conscience, today's many young writers and directors in China are producing quality works, not to mention older ones like Nobel Prize winner Mo Yan and world famous director Zhang Yimou, while games including currently popular mobile games in China are seldom related to art or culture, and game developers and publishers are universally deemed as potboiler makers and cheaters.
Although revenues from mobile games in China are about to surpass those of movies, China's mobile games lag far behind other sectors of cultural industry. Usually commented as "high-quality works" by gaming media sites in China, these mobile games are mostly shortlived, while many are copycats with little creation and few of them are able to gain overseas success.
Chinese people who play or don't play mobile games are usually scoffers of China's mobile games. Some games are extremely popular among certain ages or groups, but cannot be more stupid in the eyes of more people, 38.6% of Chinese mobile gamers quit a game simply for playing too long and 20.8% give up mobile games as a whole; and even worse, most mobile game developers and publishers in China have so little respect for their own works and users that many of them regard mobile gamers as losers or idiots, forcing some aspiring developers to escape from the environment.
Such phenomena determine the embarrassing position of mobile games in Chinese society and cultural industry. And in face of competition from foreign game companies and more demanding gamers, Chinese practitioners of mobile games are to walk on a tougher road.
MobileDesign
Get daily news, dev blogs, and stories from Game Developer straight to your inbox
Subscribe