With the NCP virus in the news, it’s no wonder it would effect the Chinese games industry. But how exactly?
Luke Stapley
Blogger
February 12, 2020

The NCP (Novel Corona Pneumonia) has put China on the global map. Affected by the epidemic, most people have been told to stay indoors during the Spring Festival and the weeks afterward. With so many people bored at home, this has greatly enhanced the games industry, especially since many are mobile users looking for some types of entertainment.

It was reported that Mobile internet traffic in China during this year’s Lunar New Year holiday increased by 36.4% from last year, according to the Ministry of Industry and Information Technology (MIIT). This included watching movies, video chatting with friends, and of course, more gaming. According to data from Sensor Tower, total games downloads on the iOS app store were up 27.5% YoY, and revenue was up 12.1% YoY shared from our friends at Niko Partners.

On the day before the New Year, the famous Tencent game named Honor of Kings was collecting more than $2 billion RMB a day and $8 billion RMB for the entire month. Another game, AFK Arena, developed by Lilith Games and created using the Cocos engine, has been on the Top 3 bestselling iOS games for the past few days.

From our data analysis, we know that Sports, MMOs, Card Games have been the most popular in this period, especially Card Games, having its best performance ever. Playing Mahjong and Poker is one of the most important types of entertainment for Chinese people during the New Year. Under the influence of this year’s “stay at home,” requests to play mobile games of Mahjong, or a Doudizhu, are obviously higher than usual.

Since China’s spring festival started and the news of the virus overtaking Wuhan took to the news, a game (if by accident) went on sale on Steam and became a top played game on mobile phones, Plague Inc.  This “virus”-themed Strategic Mobile Game has attracted a large number of players and topped the paid list of iOS Games in the USA. Players who want to play can search for it in the APP Store.

The number of online users on Steam games has hit a record as well. Due to the NCP boom, the Chinese PC and mobile markets have indeed exploded during the Spring Festival.

Some game companies are helping with real-life support with Sony Playstation team donating $1 million RMB to fight the virus, as well as free technical help and donations from Microsoft. 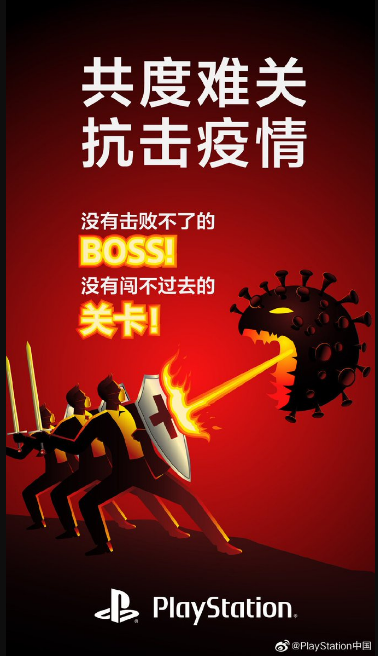 With every staying at home, the distribution of different games to the west is also coming to a standstill. Nintendo was one of the companies apologizing to many in Asia and the world over the delays in delivering the Nintendo Switch, Joy-cons, and the popular Ring Fit Adventure to the market due to factory closures. Game publishers like Private Division have also announced delays for the release of their Nintendo Switch port of Obsidian Entertainment’s The Outer Worlds due to the outbreak. Other game tech manufacturers like Apple are also seeing delays, similar to the effects with the 2011 Fukushima disaster that delayed lithium-ion batteries to be shipped to the Foxconn plants due to the nuclear disaster.

The great performance of the game market under the epidemic reflects the growing acceptance by the public of mobile gaming which has made China place in the top 3 countries for revenue for the past few years. For the current situation, diversified games significantly meet the spiritual and cultural needs of the Chinese public, and thus reduce the need for people to leave their homes, effectively helping in prevention and control of the epidemic. For individuals, this digital cultural content represented by games also plays a vital role in comforting people and dispelling negative emotions contributed by cabin fever.

Cocos sends our thoughts and prayers to everyone affected in Wuhan and the rest of the world. We hope that the outbreak ends quickly and that those infected will recover in the upcoming weeks. We are working during these troubled times to help developers in China with online classes, chat room discussions, and most importantly, our prayers. We hope you stay safe during 2020 and hope everyone has a great gaming year.