Getting back into Indie-Games after decades with The Climate Trail
William Volk
Blogger
August 16, 2019

Everyone makes mistakes. I’ve made some big ones. But if I eliminated relationships, financial, lifestyle and lousy stock picks the one mistake that stands out so far above the rest is this … 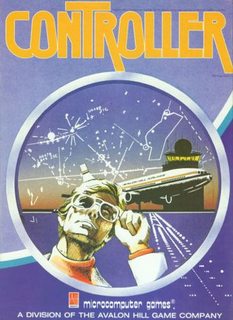 I didn’t realize just how amazing and unusual it was to have the very first three games I wrote get published by a significant video-game publisher. I didn’t appreciate this GIFT I had received.

Although I achieved some level of success in Video Games (VP at Activision at one point), I missed the fantastic opportunity to have a very different life.

I felt that I needed to have a REAL JOB. I gave up the idea of being an independent game developer. Maybe I was too greedy (ok, I was). Ivy-educated, I just assumed that I needed to go corporate.

There were occasional forays into Indie-gaming. Pyramid of Peril in ‘85, some of the early Mac stuff, but there were always in the content of some sort of company.

You can’t go back. And while I have regrets, I also have gratitude for having a career in games that spans four decades, not to mention being able to work on some great games.

But I still wonder, “what if?” Of course, it could have worked out badly. I wasn’t the best coder, and maybe the first three games (and the two Mac ones that followed) were a fluke. And then the idea of The Climate Trail appeared in my head. And so I had a chance to change the ending. Not just for my game career, but perhaps how people viewed the climate crises.

So even though I know The Climate Trail is just a mix of a homage to The Oregon Trail with a climate theme and a bit of visual novel, it feels great to be doing a game again. It would be exceptional if people liked this little game, but I'm content just to apply my game experience to something I care about deeply.